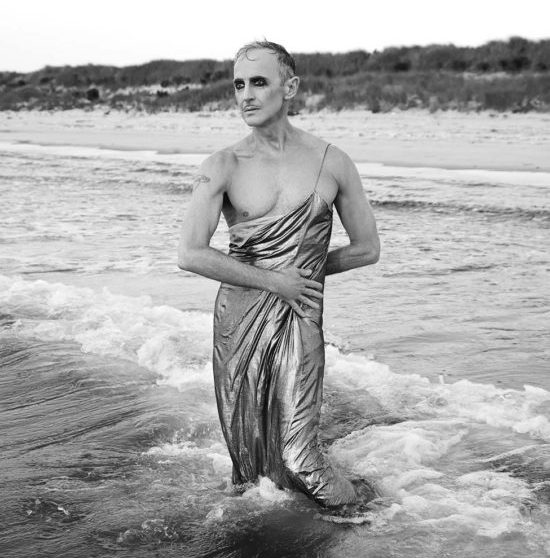 ‘time no line‘ focuses on how we can identify collective histories through the experience of an individual.  This solo performance work integrates movement, song, live drawing, and interactions with projected texts and images as the components of a live dramatic autobiographical narrative.

This work utilizes themes and details of John Kelly’s personal history as a survivor of a generation of artists that emerged out of the East Village performance scene of the 1980’s and was subsequently decimated by the AIDS pandemic.  One of the goals of this work is to focus on and contribute to a rift in the larger cultural and social continuity and dialogue.

Video production and design by Culturehub as part of the Culturehub Spring Residency Program.
http://www.culturehub.org/

JOHN KELLY is a performance and visual artist.  His performance works range in scale from solo to larger ensemble, and stem from autobiographical, cultural, and political issues.  Subjects have included the Berlin Wall, the Troubadours, the AIDS epidemic, Mythology, Expressionistic Film, and character studies based on Egon Schiele, Caravaggio, Antonin Artaud, Joni Mitchell, and Jean Cocteau, as well as other character studies based on the nature of creative genius.  These works have been performed at The Kitchen, Lincoln Center, the Warhol Museum, the Whitney Museum, PS 122, BAM’s Next Wave Festival, and London’s Tate Modern, among other venues.

Over the course of his four-decade-long career he has created over 30 group and solo performance works, including such benchmark works as ‘Pass The Blutwurst, Bitte’ (1986) and ‘Find My Way Home (1988), both of which received NEA American Masterpieces Dance Awards (for their 2010 & 2011 reconstructions).  More recent works include ‘Escape Artist Redux’ at Bard Live Arts in 2014, and ‘Love of a Poet’ with the Lower Manhattan Cultural Council in 2015.

Other awards include: 2 Bessie Awards; 2 Obie Awards; a CalArts Alpert Award; a Visual AIDS Vanguard Award; and the Ethyl Eichelberger Award.  Fellowships include: The American Academy in Rome; The Radcliffe Institute for Advanced Study at Harvard; The Guggenheim Foundation; The Sundance Theatre Institute; Art Matters, Inc., and a 2013 USA Artists Fellowship. He was recently an Armory Artist in Residence at the Park Avenue Armory, and a Visiting Artist in Residence a Bard College.