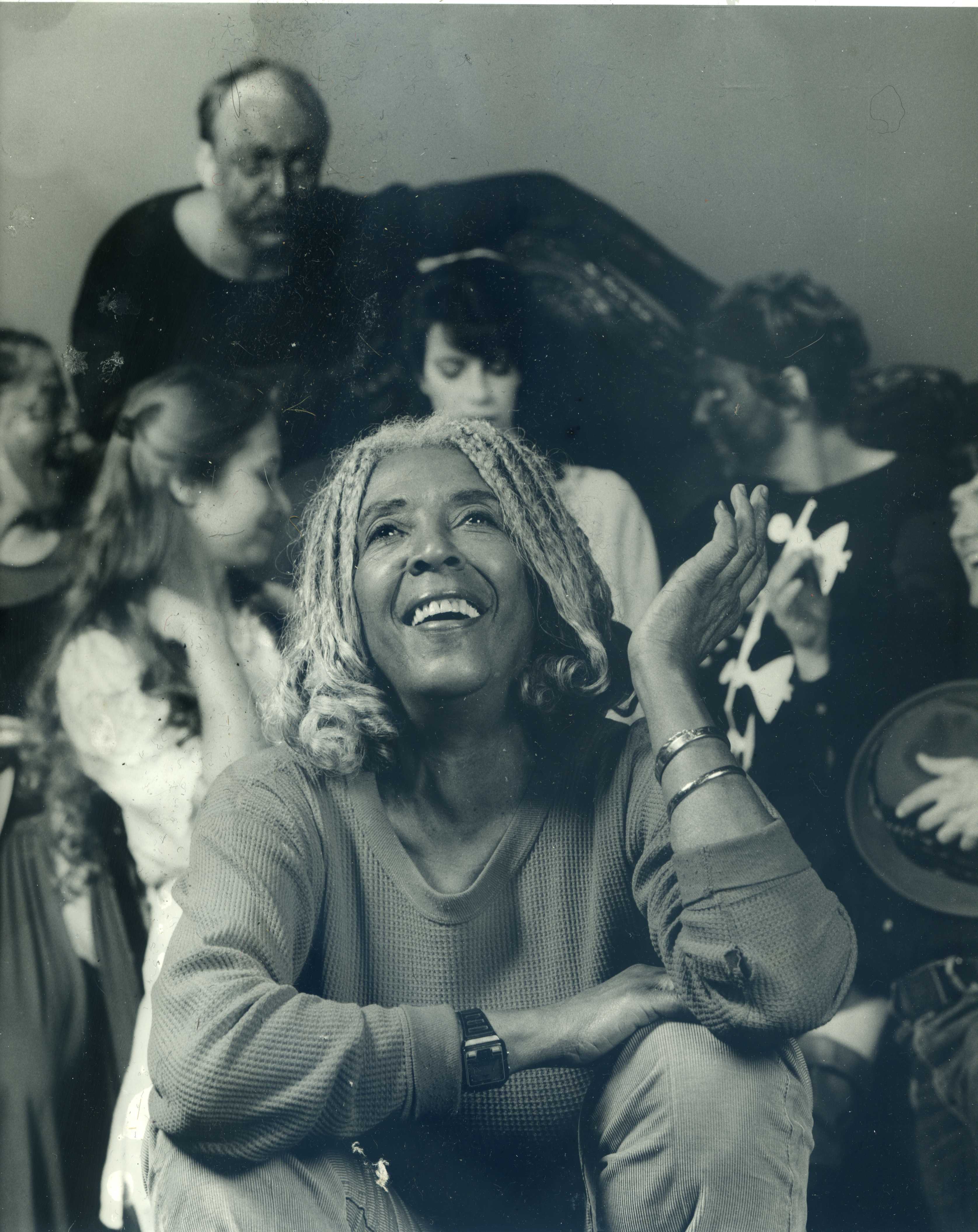 Photo by Jonathan Atkin of Ellen Stewart in 1987
Part of the Smithsonian Photo Collection
Ellen Stewart (November 7, 1919 – January 13, 2011) was the founder, artistic director, and producer of La MaMa Experimental Theatre Club. She was a designer when in 1961 she started La MaMa in the basement of a tenement building as one of New York’s first underground theaters. Although she had no prior theatre experience, she became a theatre pioneer and a key figure in the off-off-Broadway movement. Named after her because many referred to her as “Mama,” Café La MaMa eventually became La MaMa Experimental Theatre Club.

Ellen never stopped working, and her dedication to and influence on experimental theatre was enormous. She believed that what artists needed more than anything else was the freedom to create without interference. She referred to her family of artists as her children, and she would support them with the money she continued earning designing. Before each performance, she would appear onstage and ring a bell, announcing La MaMa’s dedication “to the playwright and all aspects of the theater.” La MaMa productions travelled abroad, and Ellen became off-off-Broadway’s ambassador to the world, producing performances in France, Italy, Greece, Argentina, Austria, Turkey, the Philippines, Africa, Brazil, Haiti, Morocco, Israel, Bulgaria, and Yugoslavia.

In addition to two Tony Awards, Ellen received a MacArthur Foundation award in 1985 and was inducted into the American Theater Hall of Fame in 1992. She was appointed an officer in the Ordre de Arts et des Lettres of France and received a Distinguished Services to Art and Culture Award in the Ukraine. She also received the Praemium Imperiale award from Japan and a human rights award from the Philippines. The International Theatre Institute (ITI) created the Ellen Stewart International Award to be given to “an individual theatre artist or theatre company whose work promotes social change and community participation with a particular focus on the engagement of young people.”

Ellen said, “La MaMa is a lot of people and many persons say, 'Well, how does it keep going?' But I know at this moment, every corner of the earth, there are people whose energies and heartbeats, some part of which is directed towards La MaMa, and with that kind of thing holding up, honey, we don't sink."