Whiteness: Part One (and other portraits) 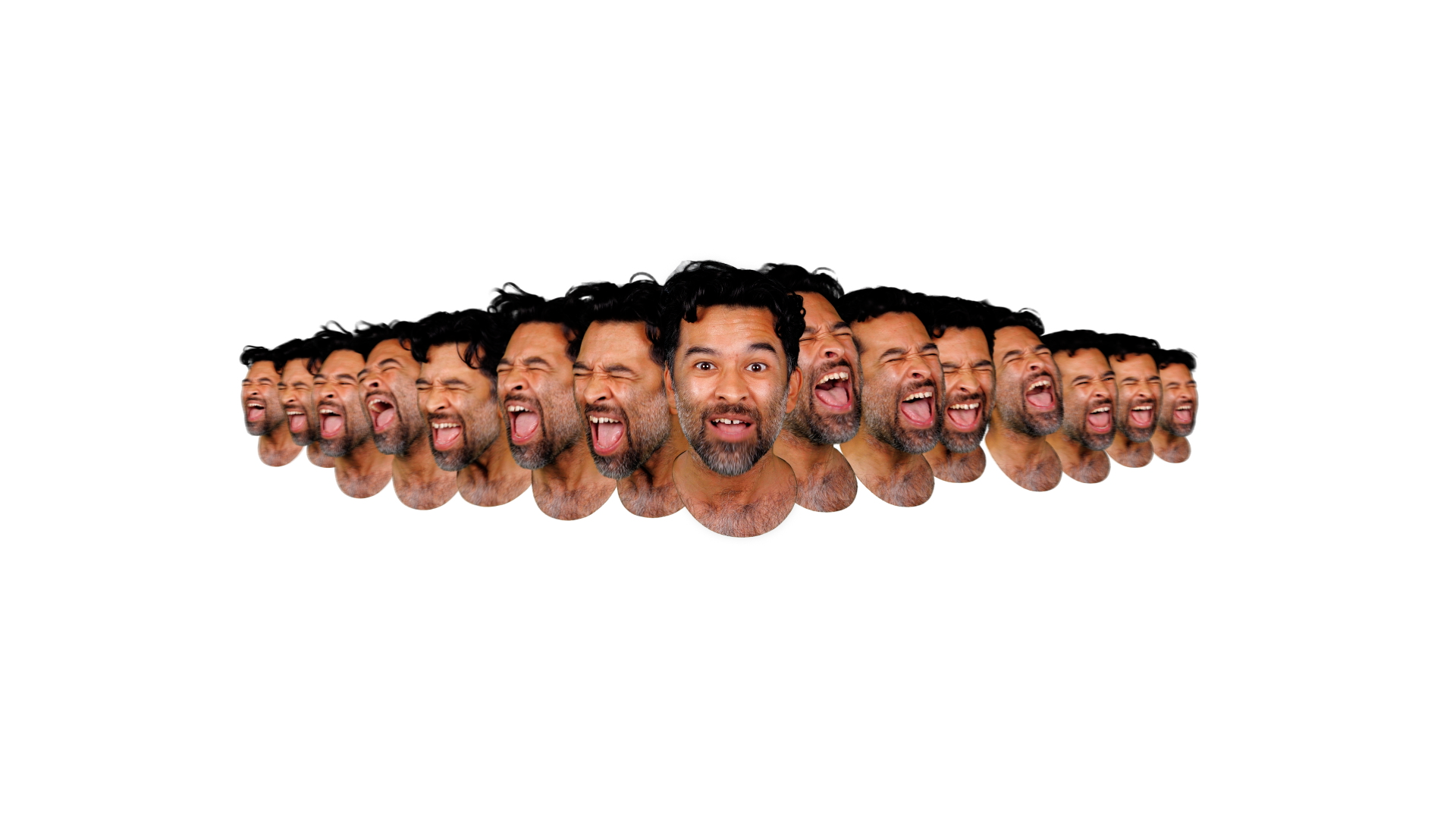 La MaMa and CultureHub present Whiteness: Part One (and other portraits) by Paul Pinto and Kameron Neal. This immersive music video cantata surrounds the viewer in a white void, while a chorus of floating heads muse (in 4-40-part harmony) on privilege, appropriation, and the history (or plague) of “whiteness” in the U.S.A.  Told through chants, rants and micro-pop songs, Whiteness: Part One is a humorous self-interrogation of Pinto's maddening inner thoughts as a mixed-race American, visibly brown, and invisibly trying to not be so white. Set to a whirling video installation directed by Neal, the duo is reflecting the silliness, the severity, and the anxieties of skin color.

Timed entry tickets will include half-hour access to the installation along with additional video works by Pinto and Neal. Whiteness: Part One (and other portraits) is 10 minutes long and will play on loop so you can experience it more than once.

I pass'd a church (String Quartet No. 4)
four-channel installation (2022) 5:50
Written and directed by Paul Pinto
Performed by The Rhythm Method
Sound by Bernd Klug
Videography by Point of Order Productions
Additional editing by Paul Pinto

The Mirror:rorriM ehT
four-channel installation (2020) 3:57
Created and performed by Paul Pinto and Erin Rogers
Adapted from thingNY's A Series of Landscapes

Whiteness: Part One was developed in the CultureHub Residency Program. Originally commissioned by Prototype Festival with additional support by Some Serious Business and a Foundation for Contemporary Arts Emergency Grant.

Kameron Neal is a multi-disciplinary artist working at the intersections of media, performance, and design. He uses technology as a tool to encode history and craft compelling performances of self. A Princess Grace Awardee and NYSCA/NYFA Fellow, Kameron is currently a Public Artist in Residence in the NYC Department of Records where he is researching new ways to engage with the city’s municipal archives. In 2020, he co-created MukhAgni, an irreverent multimedia performance memoir that was presented at Under the Radar. He has also collaborated with artists like Billy Porter and Rufus Wainwright to bring their music videos and live performances to life. Kameron’s work has been featured in Forbes, The New York Times, National Geographic, HYPEBEAST and presented by a variety of institutions including The Public Theater, BAM, Ars Nova, CultureHub, Digital Graffiti, New Orleans Film Festival, and the Smithsonian’s Hirshhorn Museum. kameronneal.com‍

‍
Paul Pinto is a multi-disciplinary musician, creator and performer, and band member of thingNY, Varispeed and LoveLoveLove. He’s performed Peter Maxwell Davies' Eight Songs for a Mad King, originated the role of Balaga in Dave Malloy's Great Comet of 1812, and wrote the autotuned opera Thomas Paine in Violence, and the dance arias 15 Photos. During COVID times, Paul’s created music for the Prototype Festival, Colgate University, The Fisher Center, and online and interactive shows with thingNY. Recent commissions include The Approach for Quince, I pass’d a church for the Rhythm Method String Quartet, and upcoming premieres for the Yarn/Wire, Look+Listen Festival and The Fisher Center. pfpinto.com

“He's Ernie Kovacs crossed with Leonard Bernstein… and in a society run by artists, he would be president.” -The Wire