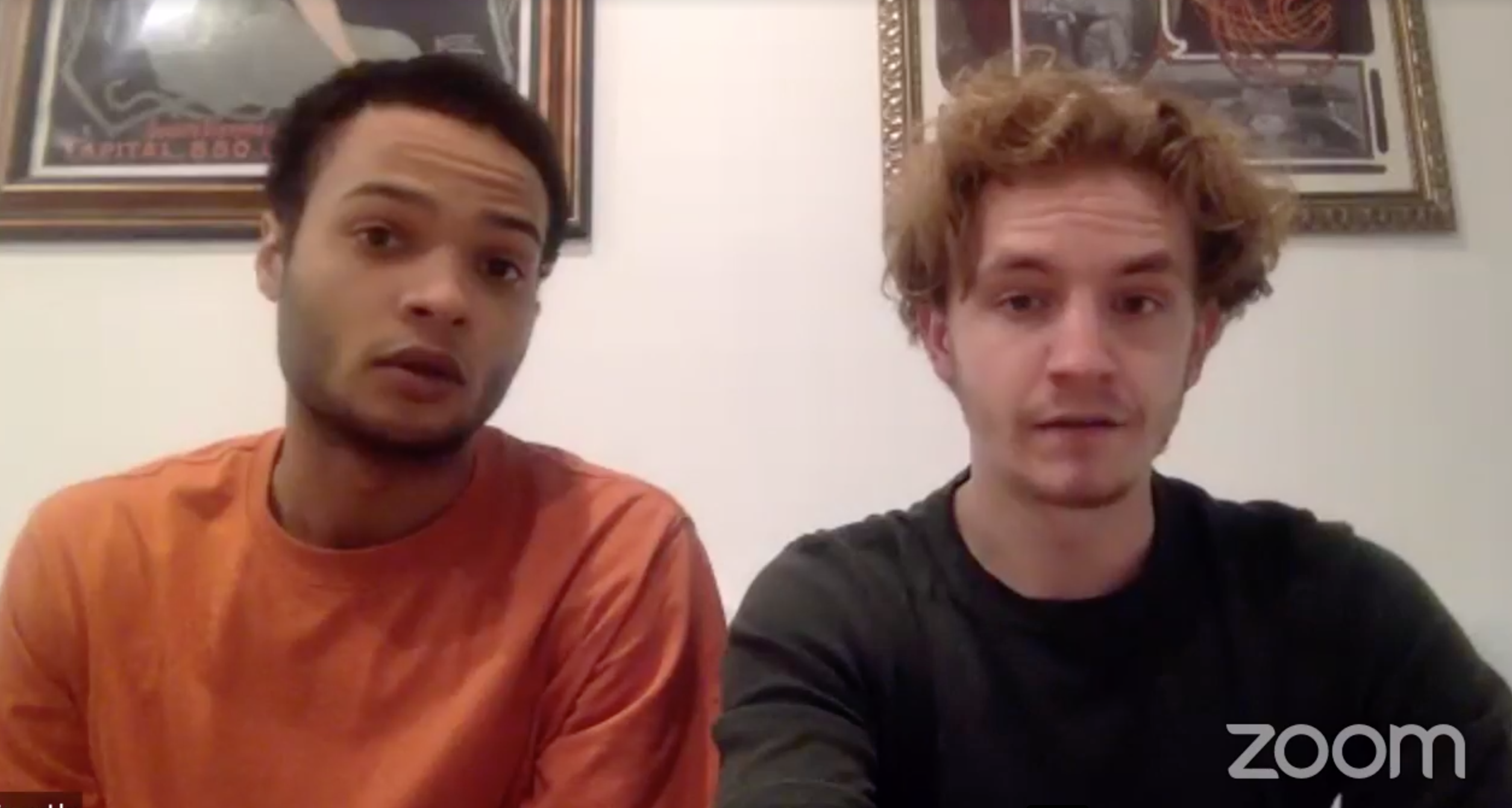 When tragedy hits the town of Union, the seemingly disparate lives of three individuals intersect.

A small story, told through heartbeats and public access TV.

Yael Haskal is a playwright, poet, and performer based in New York. Her work has been performed at La MaMa Experimental Theatre Club, Dixon Place, IRT, The Tank, the Kraine Theater, and the Midtown International Theatre Festival (NYC); the Ivoryton Playhouse, Trinity College, the Warner Theatre (CT); Theatre Simpson (IN); the InspiraTO Festival (Toronto, CA); and other venues across the U.S. Recent stage credits include Polyxena in The Trojan Women (La MaMa) and Scipio in Caligula (New Ohio). She is the creator of the comedic webseries “Fun Moms,” an ensemble member of the New York Neo-Futurists, and a current Young Playwright in Residence at the Echo Theater Company (LA). www.yaelhaskal.com.

Craig Anderson is excited to be participating in his first online play performance with this excellent script. Previous work in New York City includes Doctors Jane and Alexander, The Resistible Rise of J.R. Brinkley, The Iron Heel, Cabaret in Captivity, and both the concert and fully-staged productions of Velvet Oratorio (all with Untitled Theater Company #61). He also appeared on stage and in the film of The Last Cyclist. Other local productions include the world premiere of Painted Alice, a site-specific musical in the Plaxall Gallery in Long Island City, Stephano in The Tempest for Dysfunctional Theater, Judge Brack in Hedda Gabler for Love Creek, and many others.

Ethan Fox recently appeared as Bottom in A Midsummer Night’s Dream at The Player’s Theatre and The Second Woman at BAM. Ethan is also a director and writer. He is a proud alum of BADA, Powerhouse Training Program, and Vassar College. @betterthanfoxnews

John Maria Gutierrez is a multidisciplinary artist, creator, and performer originally from Washington Heights, NY. Since finishing his BFA in Drama from NYU Tisch, John has ventured into various worlds of performance, working with directors and choreographers from around the world – recent credits include The Trojan Women at La MaMa dir. Andrei Serban, performing internationally with Miguel Gutierrez (This Bridge Called My A$$, Sadonna), MOTUS (PANORAMA), and Pilobolus. He is a graduate of the Terry Knickerbocker Studio and faculty at Peridance Contemporary Dance Center. John is a proud member of the Great Jones Rep Company of La MaMa and G^2, an ongoing collaboration with Beth Graczyk which recently presented work at Judson Church and the Shanghai Tower in China.

Noah Anderson is very excited to be active, although virtual (winky face), in the La Mama sphere! He is a recent graduate of The London Academy of Music and Dramatic Arts where he received a bachelors in acting then was promptly removed from the country. In New York, you may have seen him in Smith Street Stage’s Carroll Park production of “Romeo and Juliet.” Or perhaps you have heard him shouting from the gleeful audiences of the Tuesday cold-read series of Naked Angels at Theatre80. Either way, he is ecstatic to be reading once again for the very talented Yael Haskal, to whom he would like to thank for this opportunity.

Yvette Segan is an actress, playwright, and comedian from New York City. She graduated with a BA in Drama from Vassar College in May, 2019. She spent the 2017-2018 academic year studying performance and culture at the London Academy of Music & Dramatic Art (LAMDA), and the School of International Training program in Nepal, where she premiered her original play, Dolpopa. Her acting credits include Gyna, Liquid Courage (UCB); Minnie, Trivial Pursuit (La MaMa) Stacy, Fun Moms! The Webseries!; Beatrice, Much Ado (LAMDA); Lysander, Midsummer (Vassar).

Scott Gordon is an actor currently quarantining in New York. He’s worked with Yael Haskal previously at La MaMa and is delighted to join forces once again. Recently he has been playing a copious amount of Monopoly and Settlers of Catan with his roommates along with watching various films and tv shows in an effort to stay sane. He’d like to thank everyone involved in “Union Community TV,” as it’s always wonderful working with such talented collaborators.