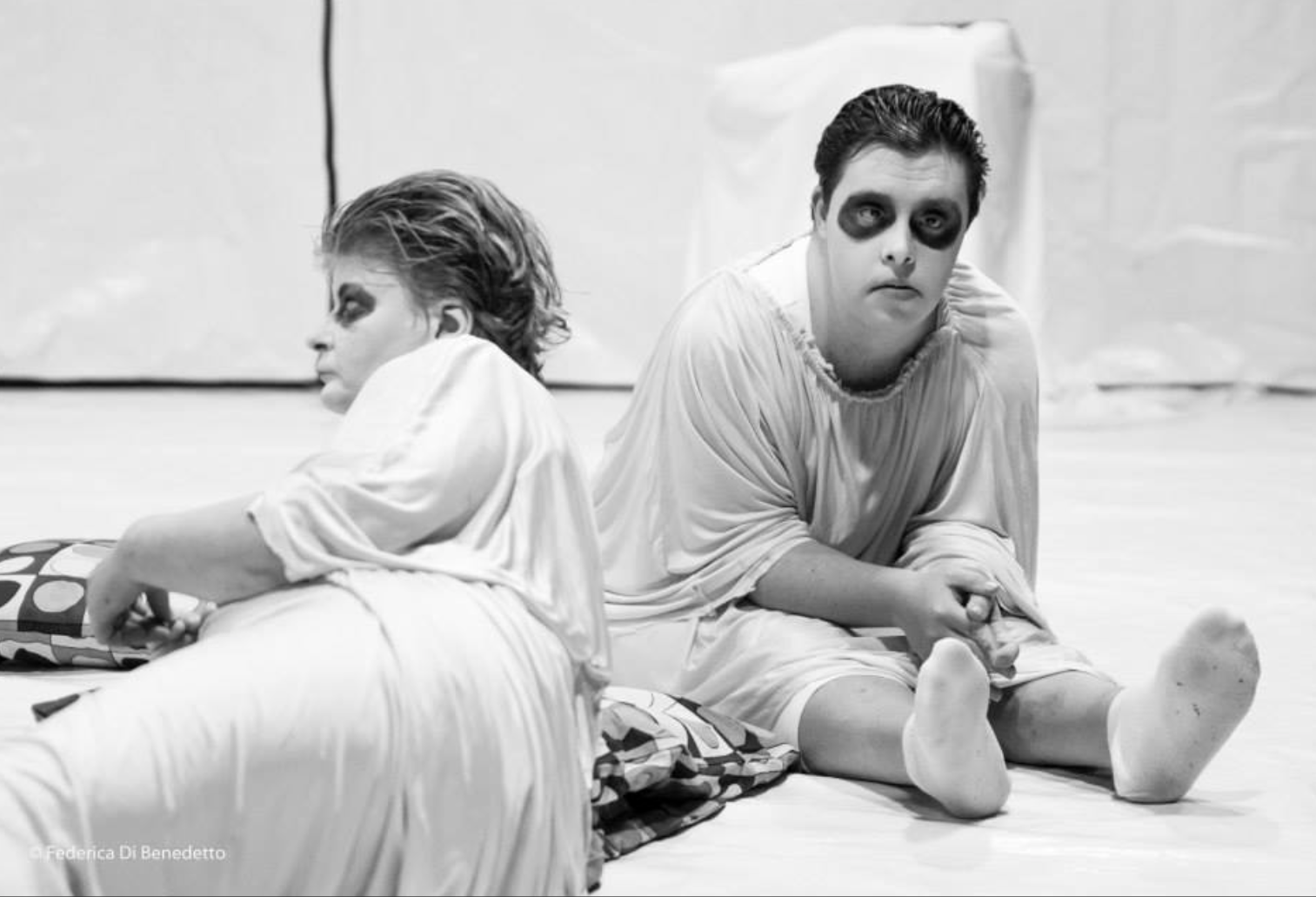 Thursday to Saturday at 8PM; Sunday at 4PM

Performed in Italian and English

Follies in Titus is directed by Italy’s Dario D’Ambrosi, originator of the theatrical movement called Teatro Patologico (Pathological Theater), who re-imagines Shakespeare’s “Titus Andronicus,” retelling the bard’s bloodiest and most violent work through the voices of the patients of a psychiatric hospital. The play is performed by actors from the Integrated Theater of the Emotions, an Italian university program in performing arts that he founded for people with physical, intellectual and developmental disabilities.

“Follies in Titus” was influenced by the intrinsic confrontation with human violence that “Titus Andronicus” evokes in both its audience and its interpreters. This 16th century tragedy, Shakespeare’s first and bloodiest, is the fictional story of Titus, a general during the late Roman Empire, who engages in a cycle of revenge with Tamora, Queen of the Goths. Titus’ murder of Tamora’s eldest son in a ritual of war leads to the rape and mutilation of his own daughter, Lavinia. As his revenge, Titus murders Tamora’s remaining sons, bakes them into pie, and serves them to her at a feast.

The focus of the production is not on Shakespeare’s mixture of horror and vengeance, but rather on the alternation of true and feigned madness. Through a careful exploration of the pathological and psychotic behavior of the protagonists of the play, D’Ambrosi and his collaborators reduced the original text to its essential elements, giving space to the creativity of its actors, who re-tell the play in a fantastical narration through the eyes of psychiatric patients.

Teatro Patologico was founded by Dario D’Ambrosi, one of Italy’s most distinguished theater artists, who has made a career of productions about people with psychiatric disabilities, devising productions that portray their unique perspective on life. The main intent in “La magia del teatro” (The Magic of Theatre), the Drama Academy for disabled children directed by Dario D’ambrosi, which counts more than 60 students each year, is to stimulate the students’ creative freedom by giving them the theoretical and practical means to help them express themselves on the stage. The school (and the final project at the end of the academic year) isn’t so much a form of therapy as it is an amazing chance for them to express both artistically and emotionally, a place where they get to socialize and form important life skills, a serious vehicle of fun and a way to make the students feel and be the main actors.

FOLLIES IN TITUS to Re-Imagine Shakespearean Classic at La MaMa

Dario D’Ambrosi attended the #DisabilityDay Ceremony at the United Nations in New York City
to present the good international work of Teatro Patologico!