A and D are part of a larger project – From A to Z – to create a series of highly structured improvisational duets which use signposts and issues connected with life and aging as a framework for this exploration.  The practice of manipulating images and concepts onsite following a strict conceptual frame can produce instant movement and unravel choreography that is full of content and related to specific thoughts. The original project began with the idea of 6 duets – A B C D E F – and has expanded to include the alphabet. 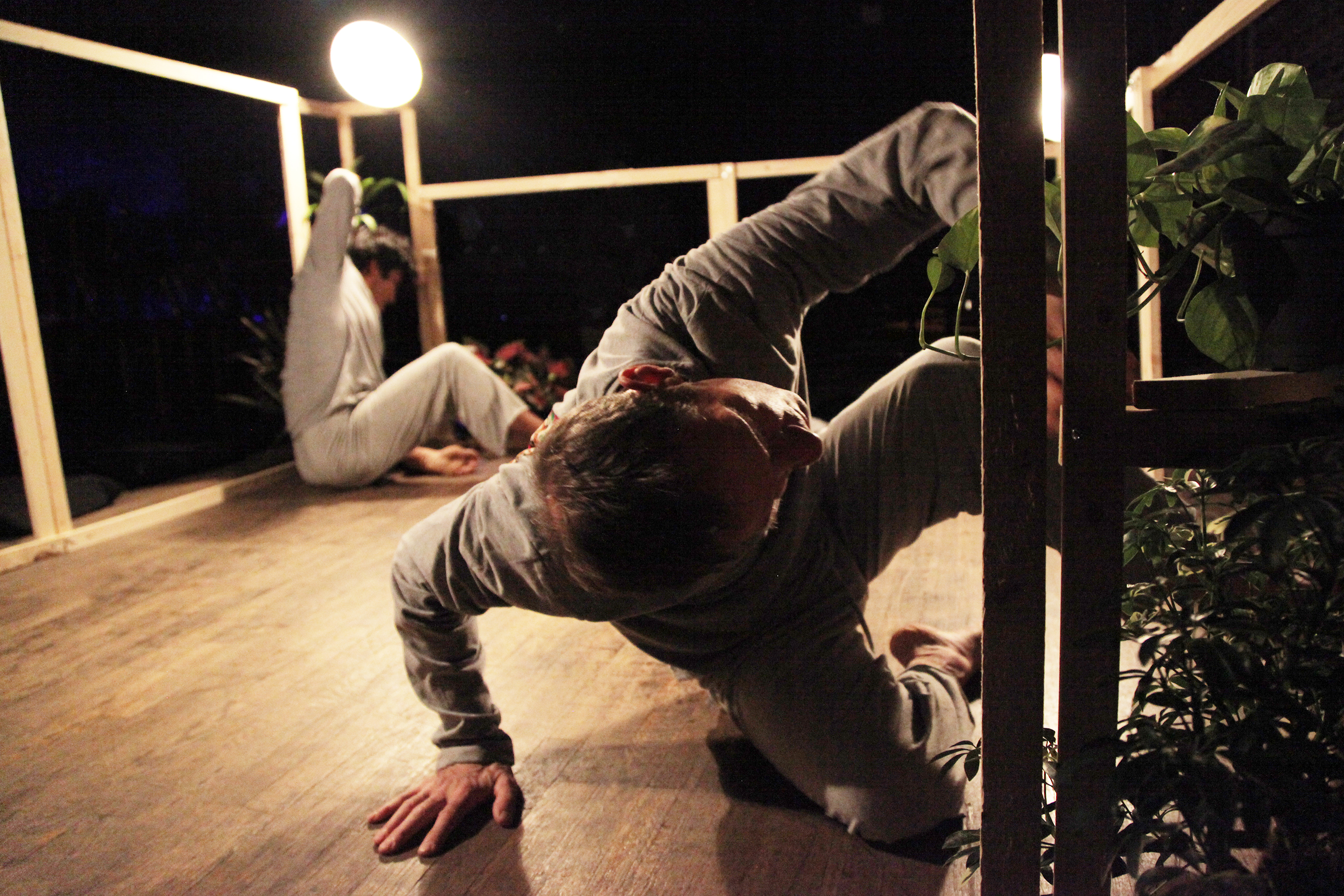 JEREMY NELSON is a dancer/choreographer and former member of the Siobhan Davies Dancers and Second Stride Dance companies in London, and Stephen Petronio Dance Company in New York. He has also danced in the work of Mia, Lawrence, David Zambrano, Susan Rethorst, Luis Lara Malvacías, and in his own work, and with improviser Kirstie Simson. He has received a New York Dance and performance “Bessie” Award for outstanding performance, and a Guggenheim Fellowship for choreography in 2004. He has been presenting and performing his own choreography since 1994 – in New York at venues such as Danspace Project, Dance Theater Workshop (now NYLA) and PS 122, as well as in several countries including Spain, Germany, England, Finland, Slovakia, Canada, Venezuela, Chile, Argentina, Uruguay and Japan. He has also received commissions to make work on companies and graduating students in various parts of the world – most recently on Footnote Dance Company in New Zealand. For the last two years he has been working in collaboration with Luis Lara Malvacías to create a series of highly structured improvisational duets – From A to Z – that borrow their titles from letters of the alphabet. “B” and “E” were created and performed in 2015/2016 at La Mama Moves in New York and in Amsterdam, Barcelona and Berlin. He was Head of the Dance Education at the Danish National School of Performing Arts from 2009 – 2015, and is now Associate Arts Professor in the Dance Department at New York University’s Tisch School of the Arts.

LUIS LARA MALVACÍAS is a Venezuelan choreographer, dancer, dance teacher and visual artist. He has danced in the work of Jeremy Nelson (1994 – 2004), David Zambrano, Mark Tompkins, John Jasperse, Yoshiko Chuma, and in his own choreography. He has presented his work in New York since 1994, including DTW, PS122, Danspace Project, the Kitchen and Joyce SoHo among others. In the United States he has taught, created and presented work in several colleges and institutions. Internationally, he regularly teaches and present work in many countries in Europe, South America, North America and Asia. He was a 1998/1999 and 2002/2003 Movement Research Artist-in Residence and a 2006 Dance New Amsterdam Artist in Residence. He is the recipient of a 2006 NYFA Fellowship for choreography. Currently he is an Assistant Professor of Choreography and Dance at the University of California Riverside.