The Weak and The Strong 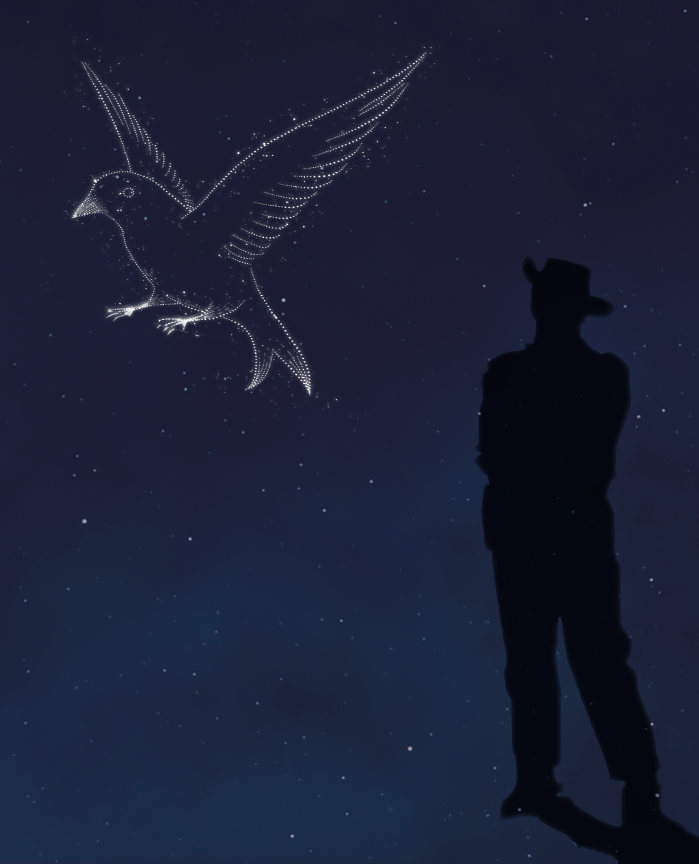 Thursday–Saturday at 8PM
Sunday at 4PM

Inspired by Paul's letters to the Romans and Hebrews, The Weak and The Strong is a contemporary look at the mysterious compulsions that lead us to do what we wouldn't and avoid what we would. A rodeo rider, too old to be riding, rides, as his mind and body slip, and his family struggles with the right ways to care.

nauageo is a set of plays by Erik Ehn, based on the life and letters of St. Paul, focusing on perseverance through suffering – including the suffering-through of activist plans based on love’s ideals. La MaMa's Great Jones Repertory presents eight pre-show installations and post-show happenings surrounding The Weak and The Strong.

Topic: How to walk the walk of love, putting a love-based organizational philosophy into practical action? St. Paul as a lens.

As part of nauageo, we’re holding a roundtable discussion that aims to illuminate Paul and his context, and move into a broader discussion of activism and idealism in continuity.

Our questions:
Who is Paul, what’s an epistle, where is Romans coming from?
How may love be deployed in community organizing and advocacy?
Where do love and anarchy meet?
How does artistic composition reflect, assist, and inform political and utopian projects driven by love?

After presentations and a conversation around the table, the floor opens to all attendees for questions and comments.

Erik Ehn (Playwright) is a New Dramatists alum and recent graduate of the Jesuit School of Theology (Berkeley, California) with a Master of Theological Studies degree. He is currently a visiting professor at the University of New Mexico, Albuquerque.

Glory Kadigan (Director) is a proud member of the Playwright/Directing Unit at Actors Studio, alum of Lincoln Center Directors Lab, and an alum of the La MaMa Umbria Directing and Playwriting Symposium. She recently directed: "Vivian's Music 1969" Off-Broadway at 59E59 after it’s sold out run at the Edinburgh Fringe, "Clover" by Erik Ehn at La MaMa, "Bank" by Lucy Thurber, "Mean Girls" by Lyle Kessler, and Biting The Bullet by Regina Taylor. Upcoming, she is directing "Swallow" by Erik Ehn for the Great Jones Rep. Company as well as "Shrimp Pudding" by Kyle Mumford. Gratitude to my amazing Dad, playwright Erik, Mia, The La Mama Family and the Planet Connections community!

Fig Chilcott* (Angel/Horse/Ensemble): Actor/playwright Fig Chilcott is a lifetime member of The Actors Studio, and received her M.F.A. from The Actors Studio Drama School. Her Off-Broadway debut was at Laura Pels Theatre in 2020, in 27 Miles To Go, written by Hilary Bettis and directed by Jo Bonney.

Onni Johnson* (Karen), has performed, directed, and/or taught in the US as well as internationally in over 30 countries. Most recently: Little Amal’s Walk (co-coordinator, East Village 2022 and Spoleto, 2021; Balkan Bordello by Jeton Neziraj- Balkans and La MaMa; Multiverso - MindtheFact Festival, Athens. She is Director of the Trojan Women Project, and an original member of the Great Jones Rep.

Kim Savarino* (Angel/Acrobat/Ensemble): is an artist working in theater and dance. Kim is a proud company member with Third Rail Projects and La MaMa’s Great Jones Rep, and has worked with artists including Anne Teresa de Keersmaeker, Andrei Serban, Jawole Zollar, Miguel Gutierrez, and Romeo Castellucci. She loves dim sum, walking in the woods, and her black cat Hermes. Kim grew up in West Virginia. www.kimsavarino.com

Eleni Daferera (Puppet Construction): visual artist, architect, and interior designer. A graduate of the National Technical University of Athens, School of Architecture and of the London Guildhall University, School of Art, Architecture and Design, Eleni also attended the open studio on graphic arts and printmaking techniques by the renowned Austrian artist Gunter Damisch in the Fine Arts Academy of Vienna (Akademie der bildenden Künste Wien). Her artistic practice –drawing, painting and collage making– has been developing in Athens (Greece), London (U.K.), Vienna (Austria), where she also collaborated with Kulturkontakt Austria, and New York (USA). She has exhibited her artwork both in solo and group exhibitions in Europe and the US; as a puppeteer crew she has performed at La MaMa Theater at Theodora's Skipitare's performances.

Maura Nguyễn Donohue (Choreographer): (she/they)  Director of MFA in Dance at Hunter College. La MaMa Great Jones Rep Co since 1997, she also writes, curates, produces with a focus on racial and gender equity and currently serves on the NY Dance & Performance (Bessies) Awards Steering Committee. Her ongoing Tides Project uses reclaimed plastics in installation-based performances to examine the legacy of bodies ecological and diasporic. She thanks the ancestors and offspring for keeping the path clearly lit.

Jim Freeman  (Puppet Construction) is a filmmaker, actor and builder of theatrical necessities. This season, he is the resident Technical Advisor and Builder for the Object Movement Puppet Festival. He has recently built for Theodora Skipitaris, Tristan Allen, Marcella Murray and Loco 7.  www.eurekajim.org

Rose Goodman (Props Designer/Scenic Assistant/Puppet Construction): Is a NYC based technical theater professional focusing on construction, who is so excited to be doing their first show with La MaMa. A recent Mechanical Engineering graduate from Binghamton SUNY, recent credits in carpentry and construction  include Stagedoor Manor(2022), The Public, Blue Man Group, and “She Kills Monsters“(SUNY).

Hollyanna Mathews* (Stage Manager) is a young professional stage manager starting her career in live theatre in New York City. She is a proud member of Actor’s Equity Association. Some of her most recent productions include To The Mothers Now at Tada! Theatre (Emerging Artists Theatre), 2022 Sound Bites Festival (Theatre Now New York), A Winter’s Tale in Bryant Park (The Drilling Company), Two Noble Kinsman (The Drilling Company), and The Jury (Theatre Now New York). She also recently was a production assistant with Brooklyn Academy of Music for Jimmy Kimmel Live!. She has worked as a Covid Compliance Officer to keep Broadway and Off-Broadway theatre running during the pandemic. Education from the University of Kansas.

Jimmy O’Connor (Sound Designer): is a Brooklyn-based sound designer and grateful to be working with Glory again. Recent works: “4 Those Who Need It”, “Hide and Seek” (The Tank), “The Thanksgiving Play” (Wombat Theater Co.), Piper Theater Co. Summer ‘22 season. He has a BFA in Production and Design from Pace University.

Pancharee Sangkaeo (Scenic Designer): She is delighted to be designing for La Mama for the first time. Recent works: The House of Bernarda Alba, Pipeline (Gallery Players), Umbilical (Planet Connections Theatre Festivity), The Comedy of Errors, Migratory Tales (The George Washington University), Summerland (Washington Stage Guild). She has an MFA in Production Design from The George Washington University and a Bachelor of Architecture degree from Chulalongkorn University, Thailand. www.pancharee-design.com

Jane Catherine Shaw (Puppet Designer): is a member of the Lincoln Center Directors Lab, and graduated on the Dean’s List with an MFA in Directing from Brooklyn College. She is curator of La MaMa’s Puppet Slam and co-founded the Voice 4 Vision Puppet Festival in 2004. Ms. Shaw was puppetry director for Theodora Skipitares’ Grand Panorama, (2020) and The Transfiguration of Benjamin Banneker (2022). at La MaMa ETC She was puppetry co-director and master puppeteer for Mabou Mines’ Peter and Wendy and built and directed the puppetry sequence for Lee Breuers’ Dollhouse. She often worked with Ellen Stewart to recreate costumes from historic La MaMa shows from the 60’s and 70’s. Ms. Shaw was nominated for a 2014 New York Innovative Theatre Award for her work with Theodora Skipitares on The Chairs. She creates and directs her own work for puppet theatre, among them, The Three Dolls (co-, Framed; The Mother Goose Chronicles, Calpurnia Coyote Comes To The Big City, Folktales of Asia and Africa.

David Tenney (Composer) has composed music for opera, musical theatre, theatre, film, dance, and rock bands. Most recently his music was heard in ray gun say0nara at the New Ohio Theatre in NYC and in the Princeton University Ballet production of Dum Vita Est Spes Est at The Lewis Center for the Arts in Princeton NJ. He is currently orchestrating his latest opera The Appropriation and working on the music for a new film Dark Banquet. Mr. Tenney is thrilled to be working with Glory, Erik, and the entire team. He would like to thank his wife and three children for giving him the time to be a part of The Weak and the Strong.

Kayte Zhang (Composer): is a writer, performer, and musician based in Brooklyn. Previously, Kayte performed at La MaMa in Clover, written by Erik Ehn and directed by Glory Kadigan. Kayte now creates primarily in the comedy space and her writing and performances can be seen regularly at Magnet Theater. Kayte has performed theater, musical theater, and light opera across the US and has a BM in vocal performance.