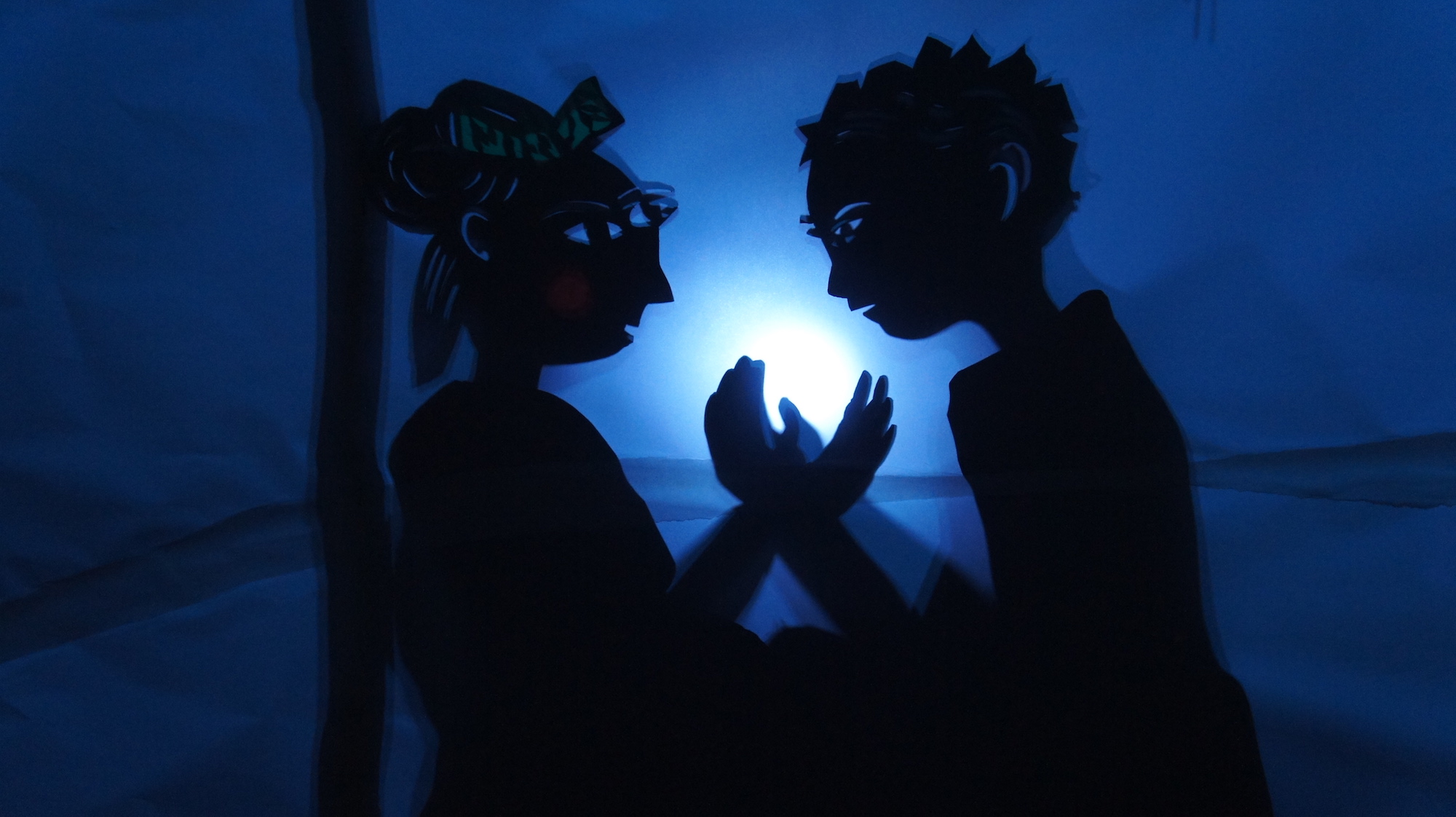 The Tall Keyaki Tree is a shadow puppet fantasy with live music, inspired by the novel Five-Storied Pagoda written by Koda Rohan (1867–1947). A peculiar carpenter undertakes the profound task of building a five-storied pagoda using the wood from the Keyaki (Zelkova) tree. Having grown up with the tree, the carpenter’s strong spiritual bond with the Keyaki powers the creation of an exceptional pagoda. This production is funded by the Jim Henson Foundation in 2021.

Watoku Ueno was born in Japan and graduated from the Sokei Academy of Fine Arts, in Tokyo, where he studied various kinds of painting techniques. His puppet production credits includes; The Boy Who Drew Cats by Lafcadio Hearn, Music in the Wood by Luige Dal Cin, On the Wave, The Curious Case of the Sidewalk Tree, Brother Ken, Secret, Gorsch the Cellist, Tiger Rising and Hillrock (video production) by Kenji Miyazawa. His other directing credits include: Sundown, and After the Rain (three short stories by Ryunosuke Akutagawa) at La MaMa was nominated for the Henry Hewes Design Award for Production Design and Notable Effects. He was a recipient of a NEA/TCG Design Fellowship. He was also nominated for an American Theatre Wing award in set design for his work with Ping Chong and Company's Deshima. His other design credit with Ping Chong and Company includes After Sorrow, Pojagi, Secret History, and Angels of Swedenborg. He is a founding member of the Yara Arts Group. For over 25 years for Yara, he designed sets and lights and costumes.