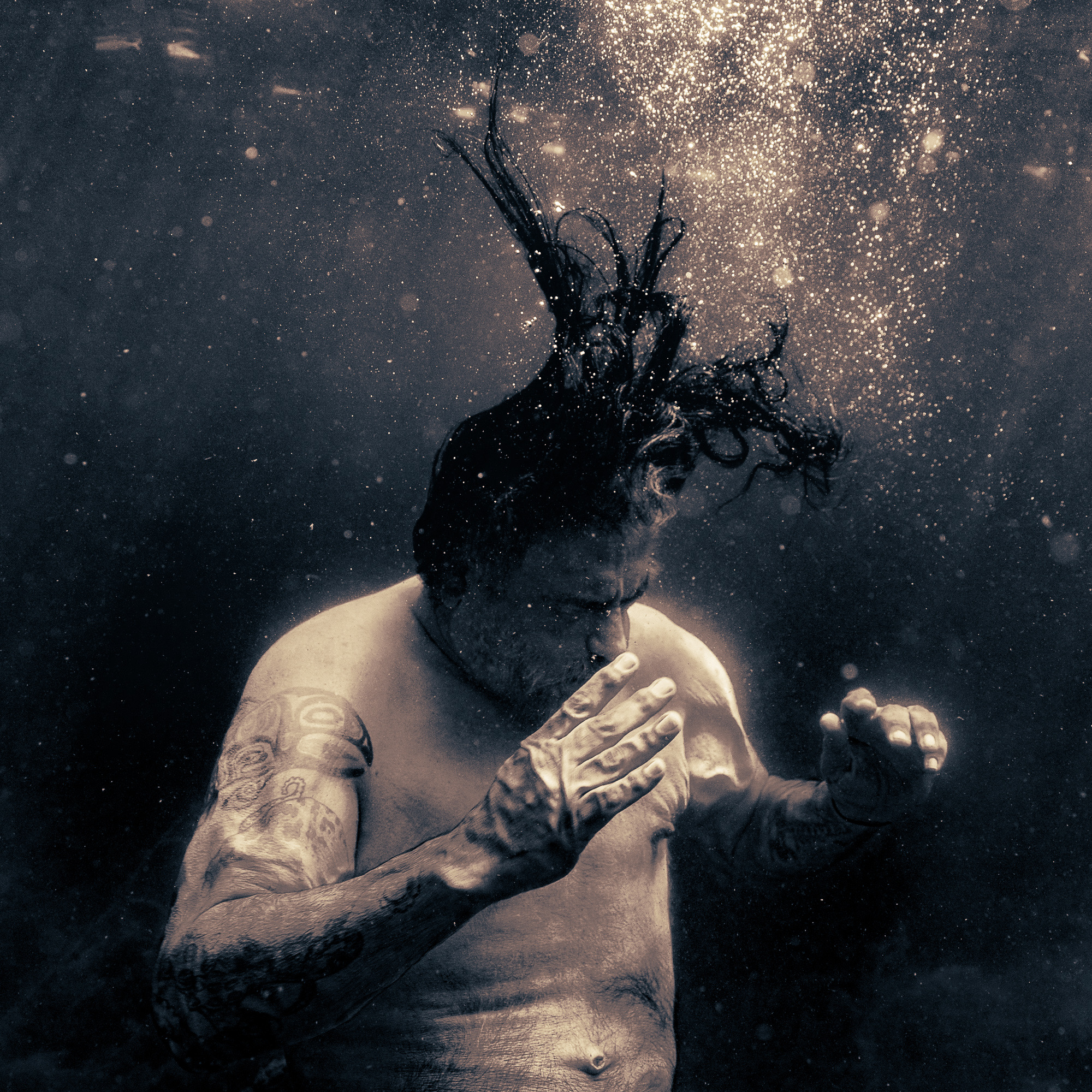 The Indigo Room is ritual theater rooted in one of the oldest and most universal myths. The stories of a hero being swallowed alive and then returned have appeared around the world.  We use this ancient story to ponder contemporary isolation and community.

The first phase of the experience is a visit to a carnival, where attendees play games in  loud, chaotic, and vibrant setting. The games played represent our attempts to get what we desire and to master chaotic cosmic forces.  We play the carnival to liberated self with mixed results.

The Monster Who Eats Everything is the guard a the threshold to the decent. To begin the journey we must outwit the monster and pass by.

Once past the first monster we travel through an in between place and ultimately find ourselves swallowed in the belly of the Whale, La Baleine. Here all is calm ordered and quiet. The belly is a sacred space of isolation, it is an inner sanctum.  Within this hold we begin to come together, we build connections and overcome isolation. We find our individual voices and together we rise and continue our revelry transformed and ready to return to the world. 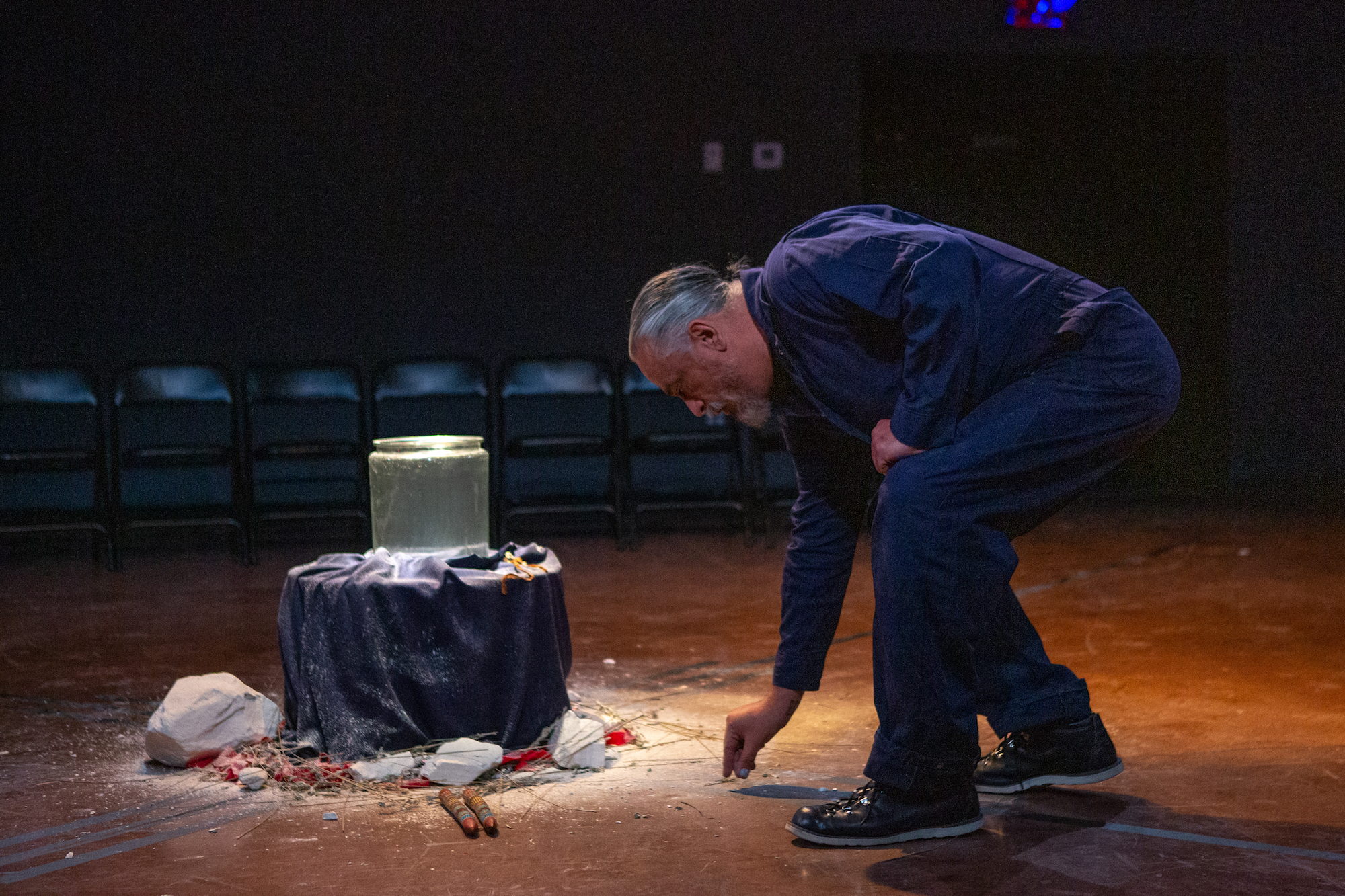 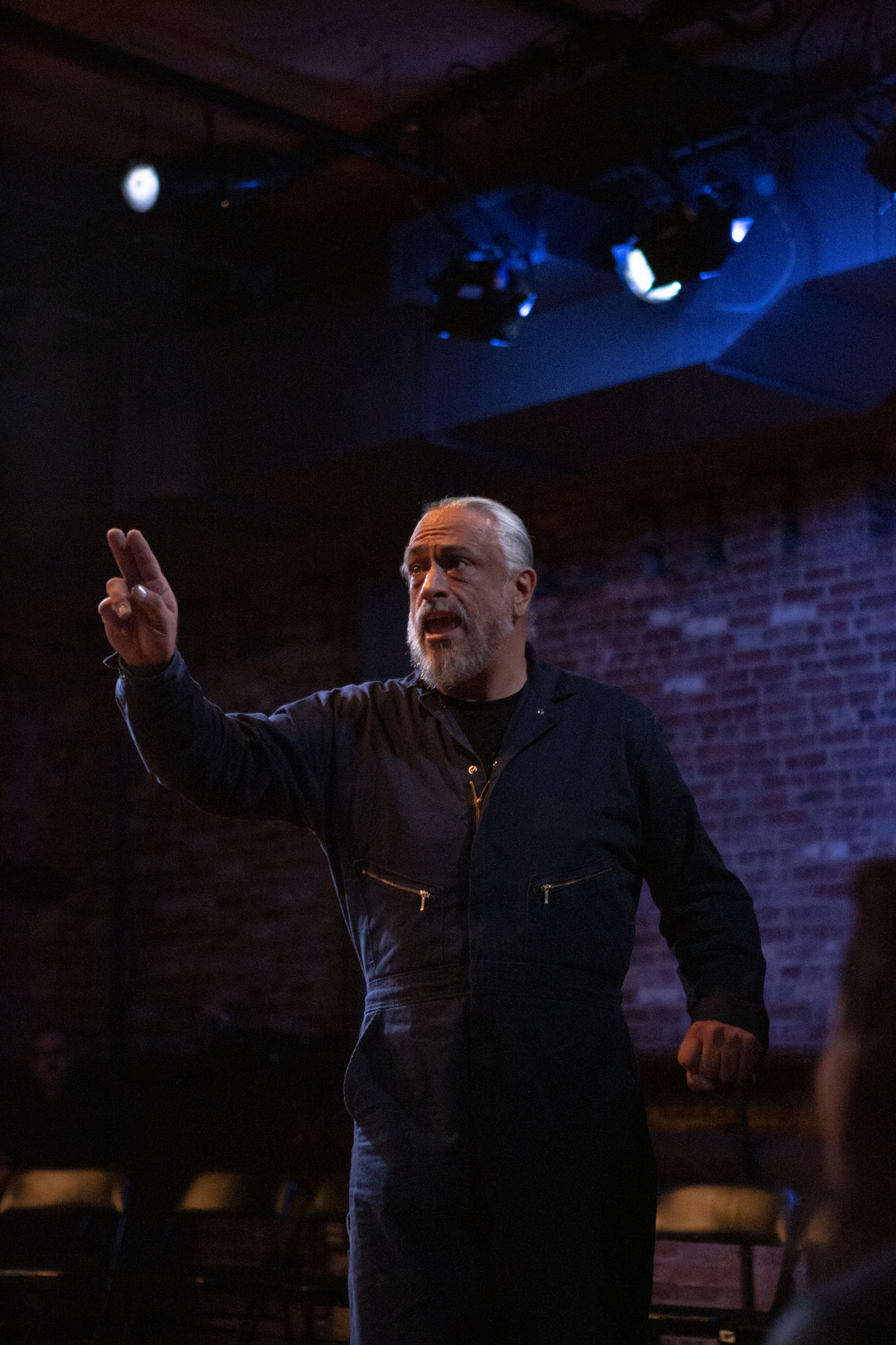 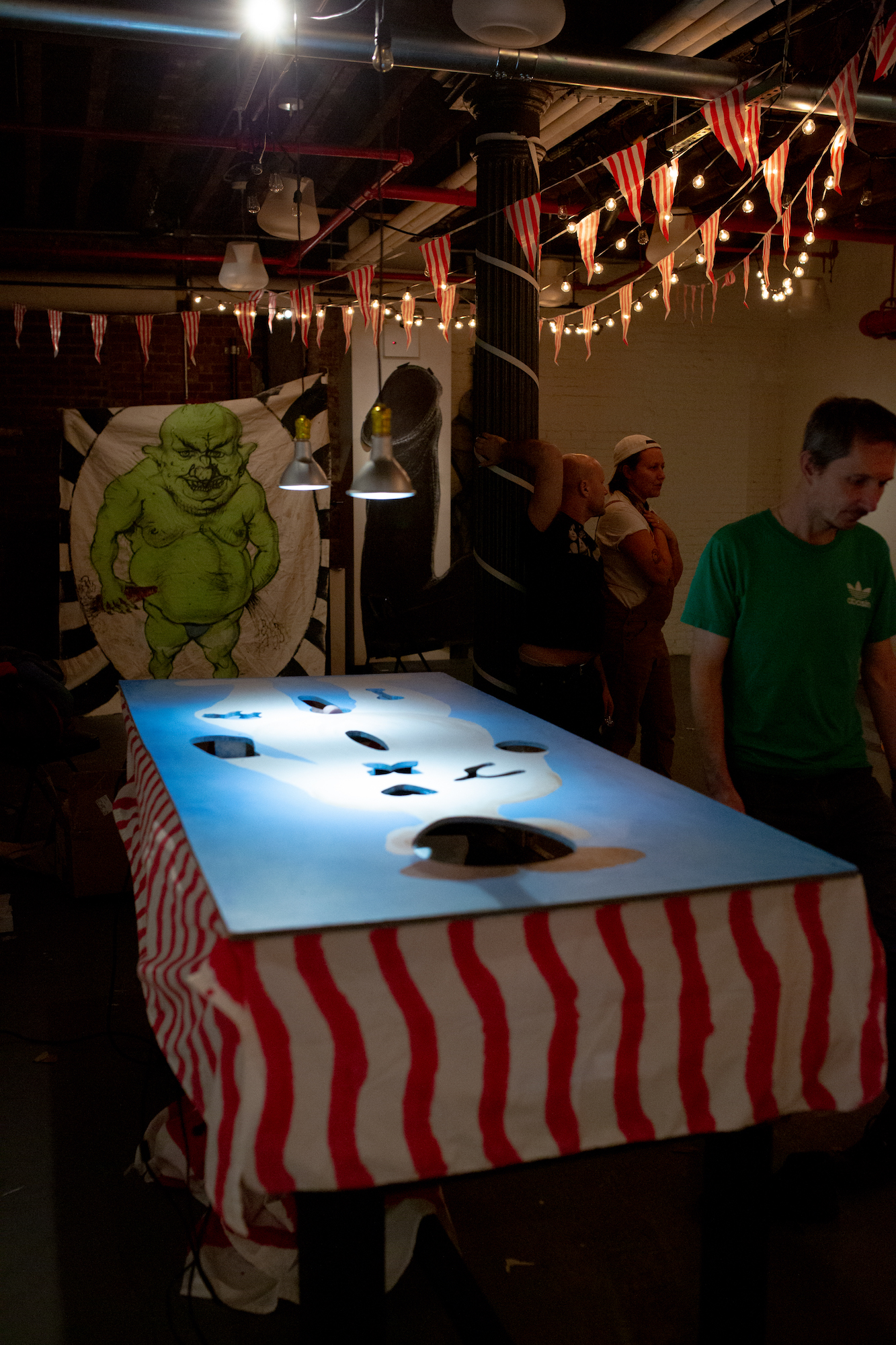 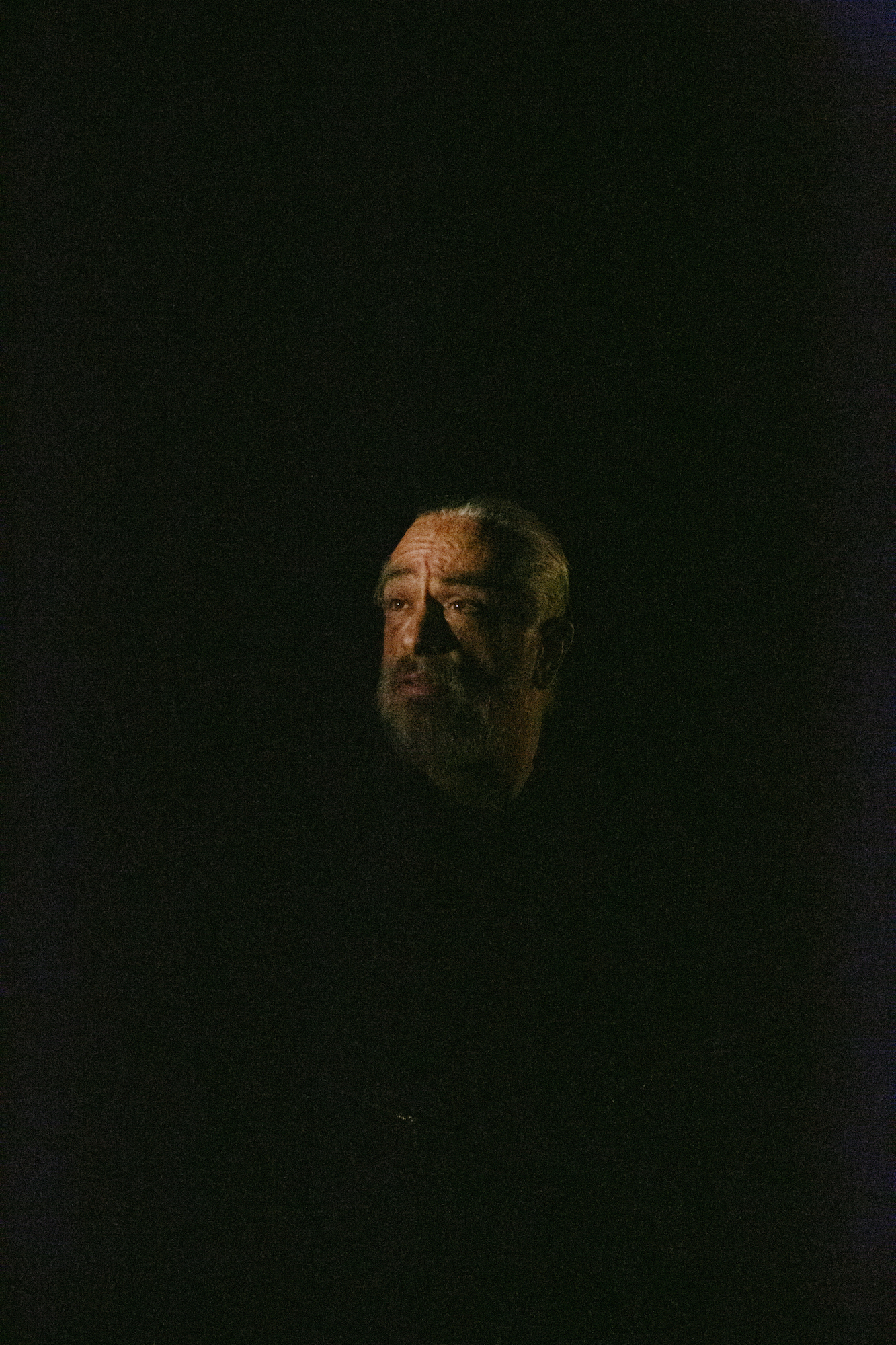 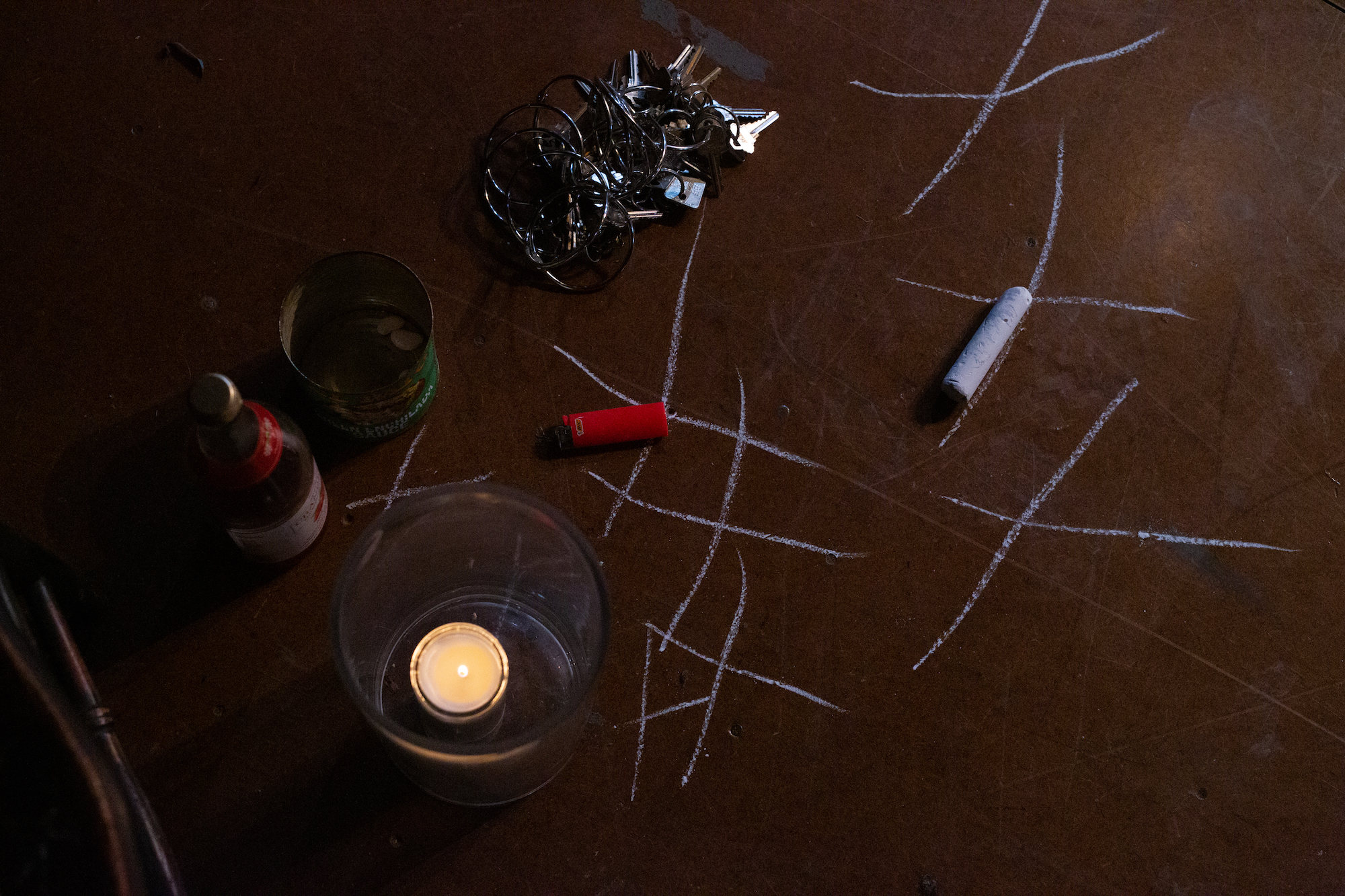 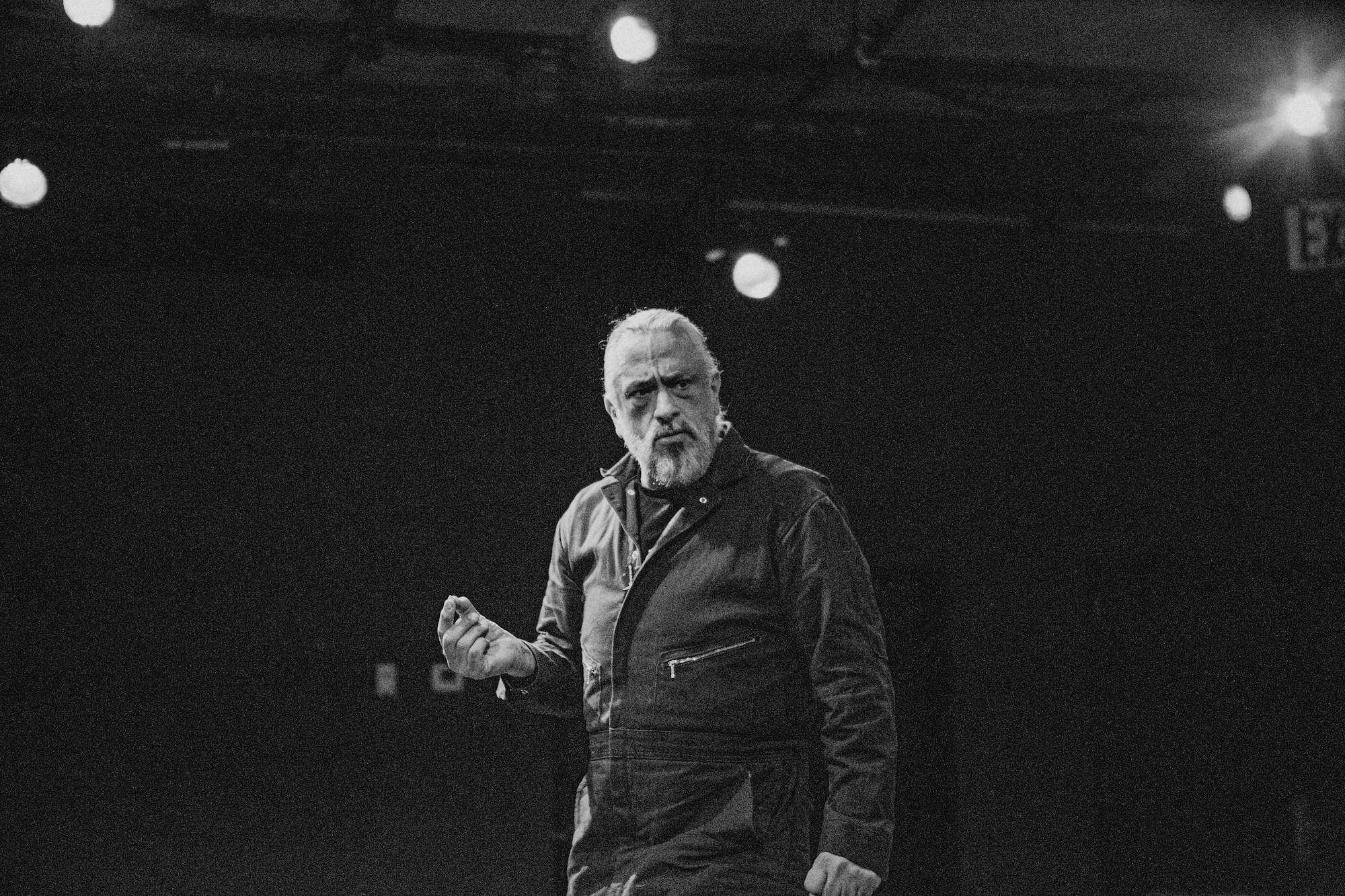 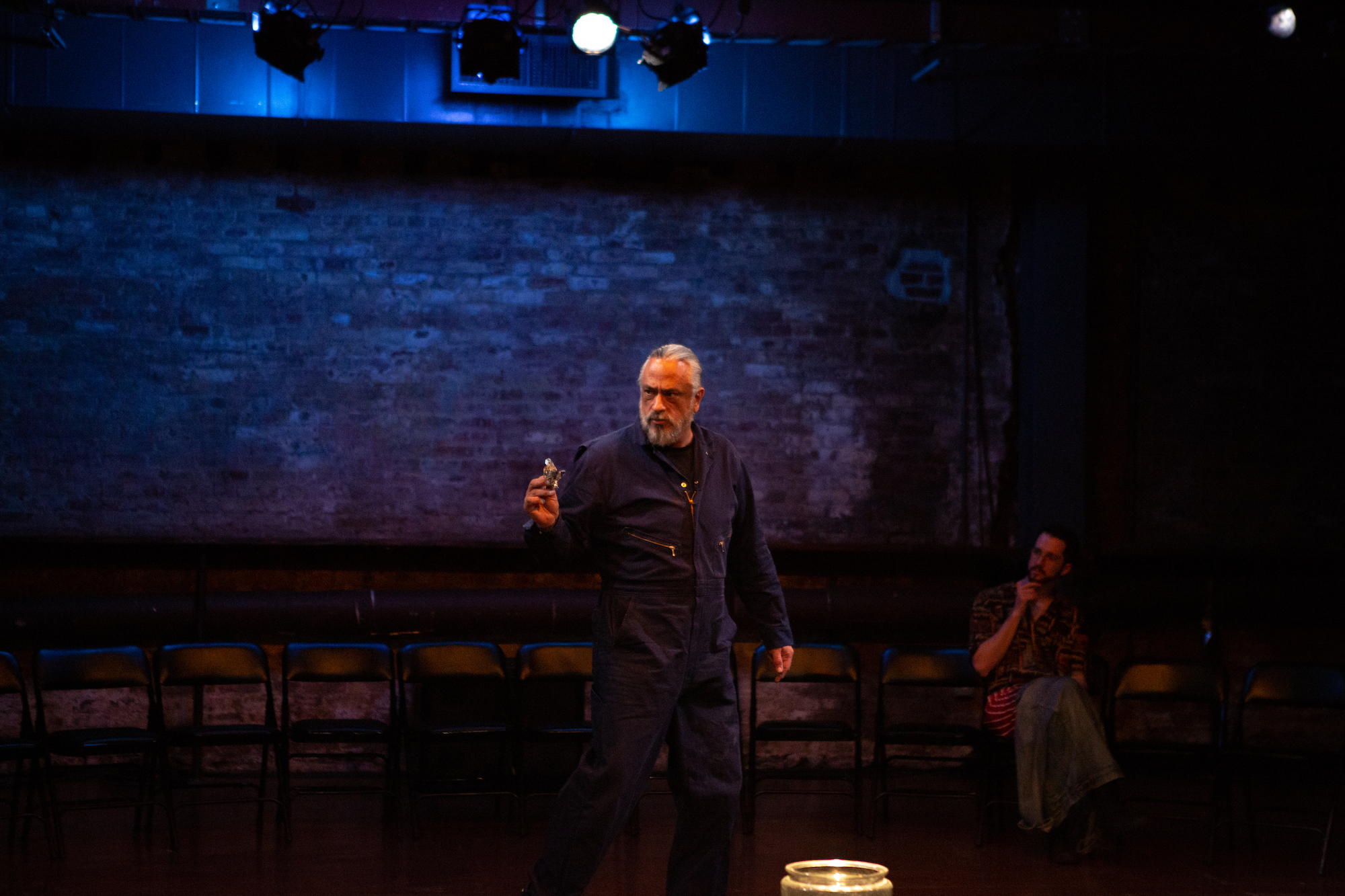 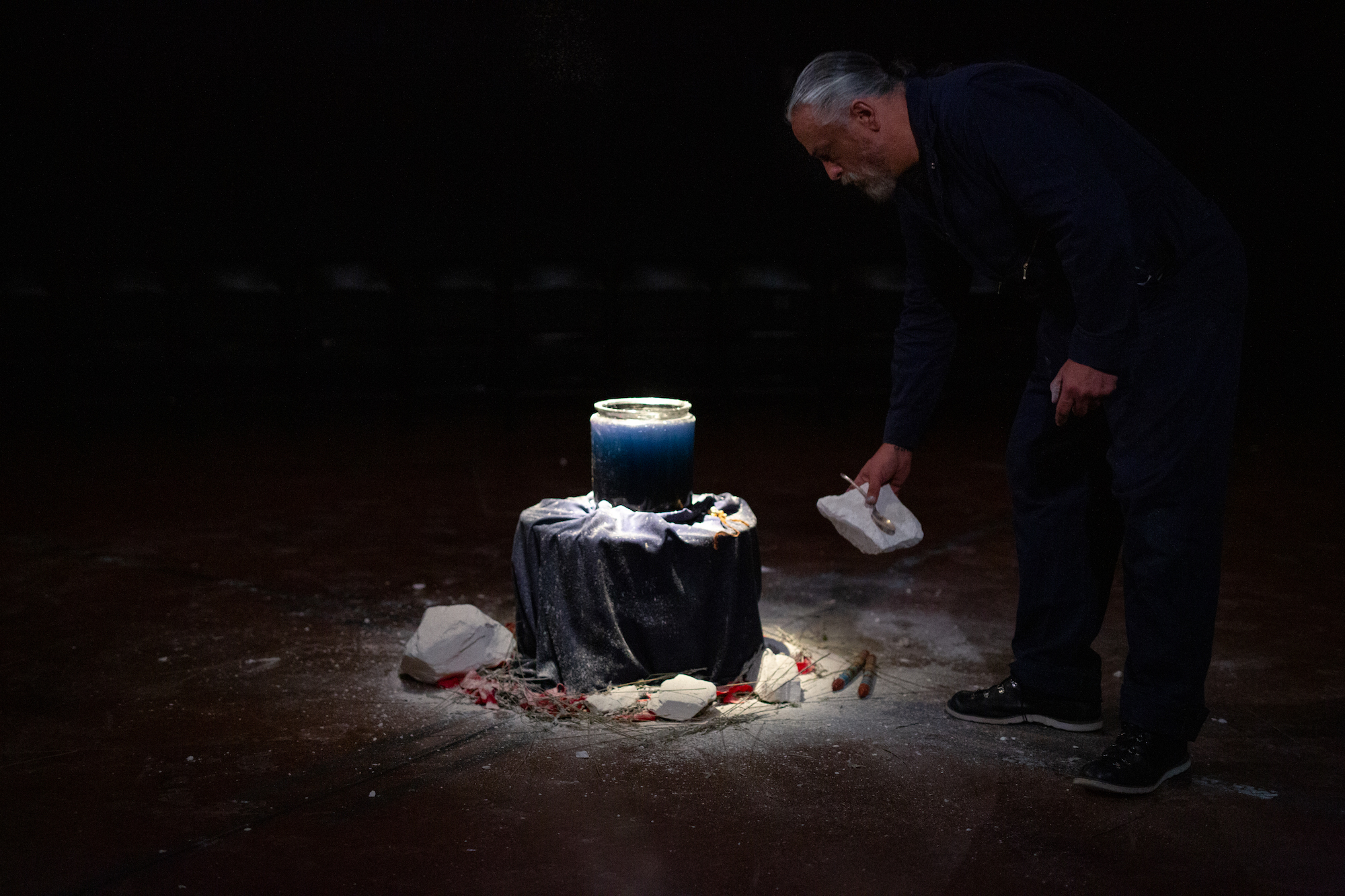 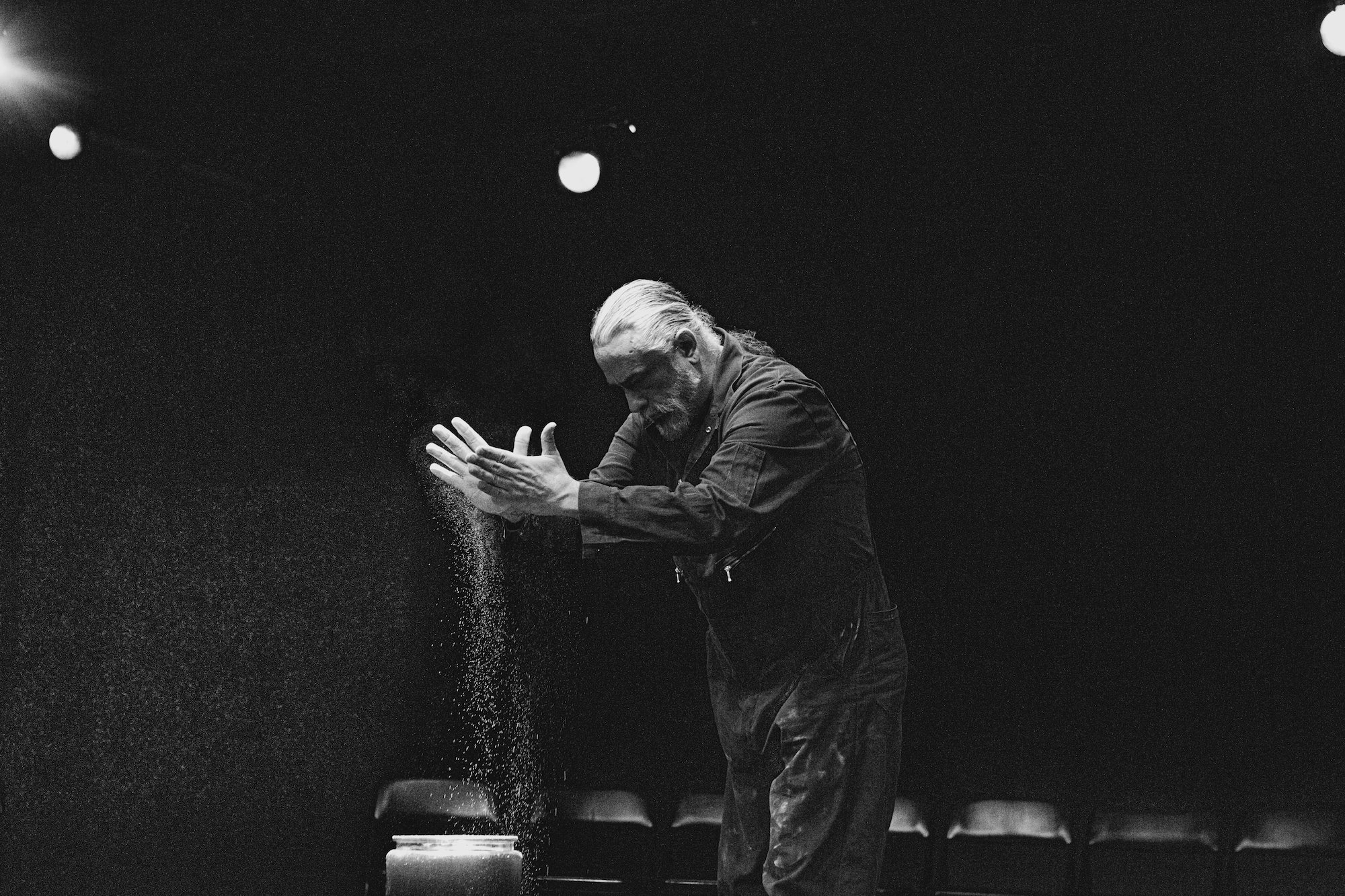 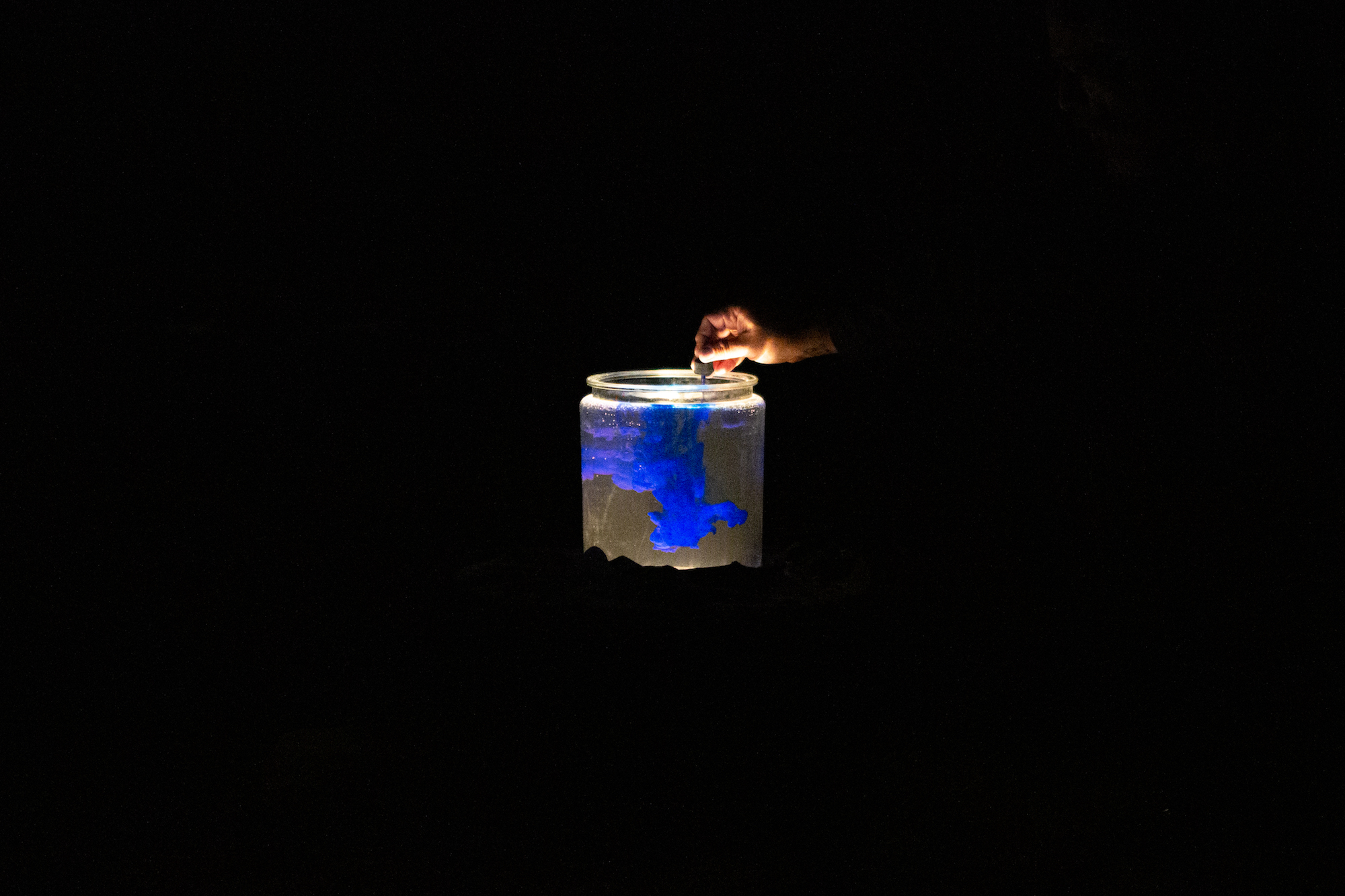 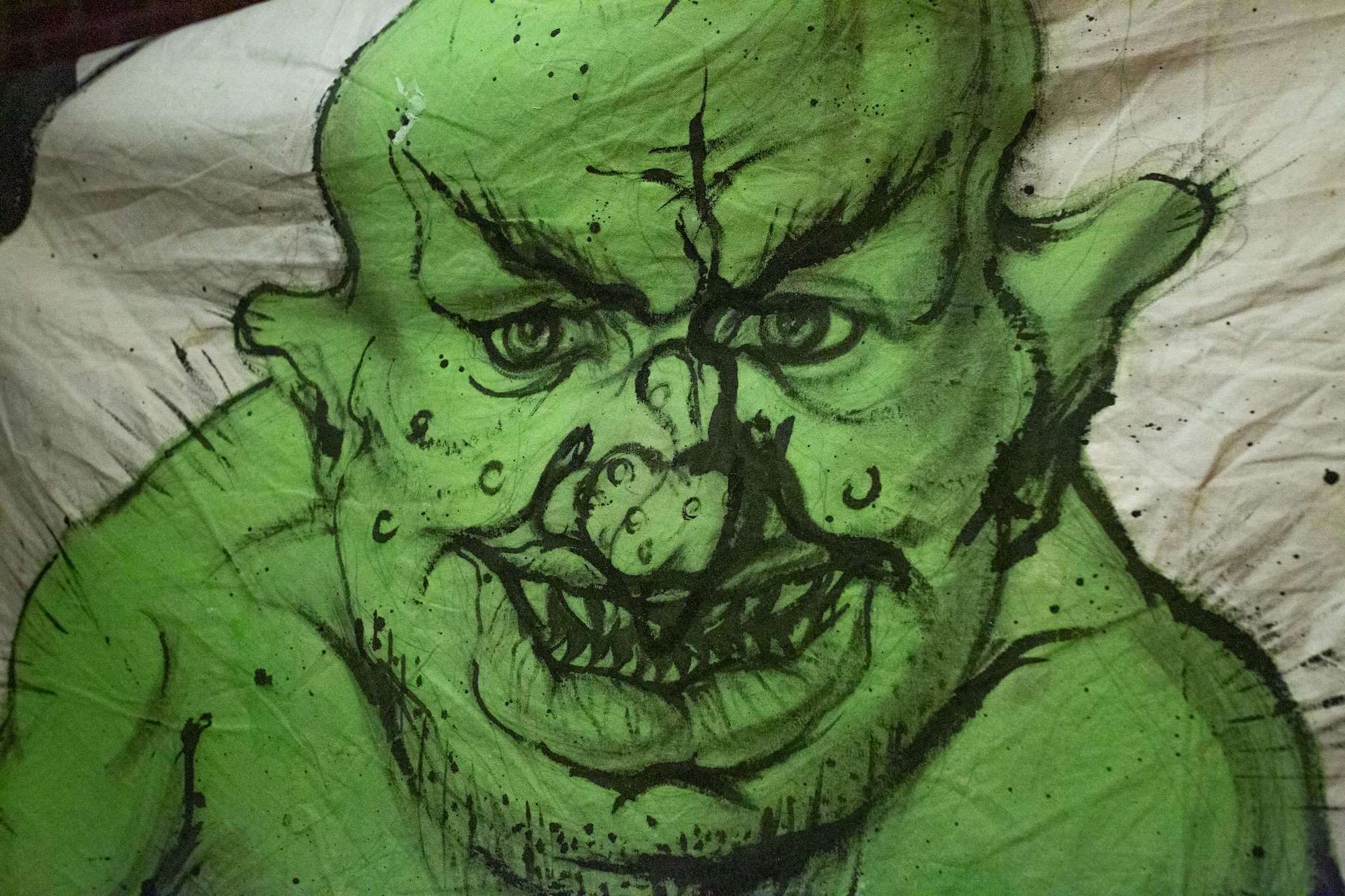 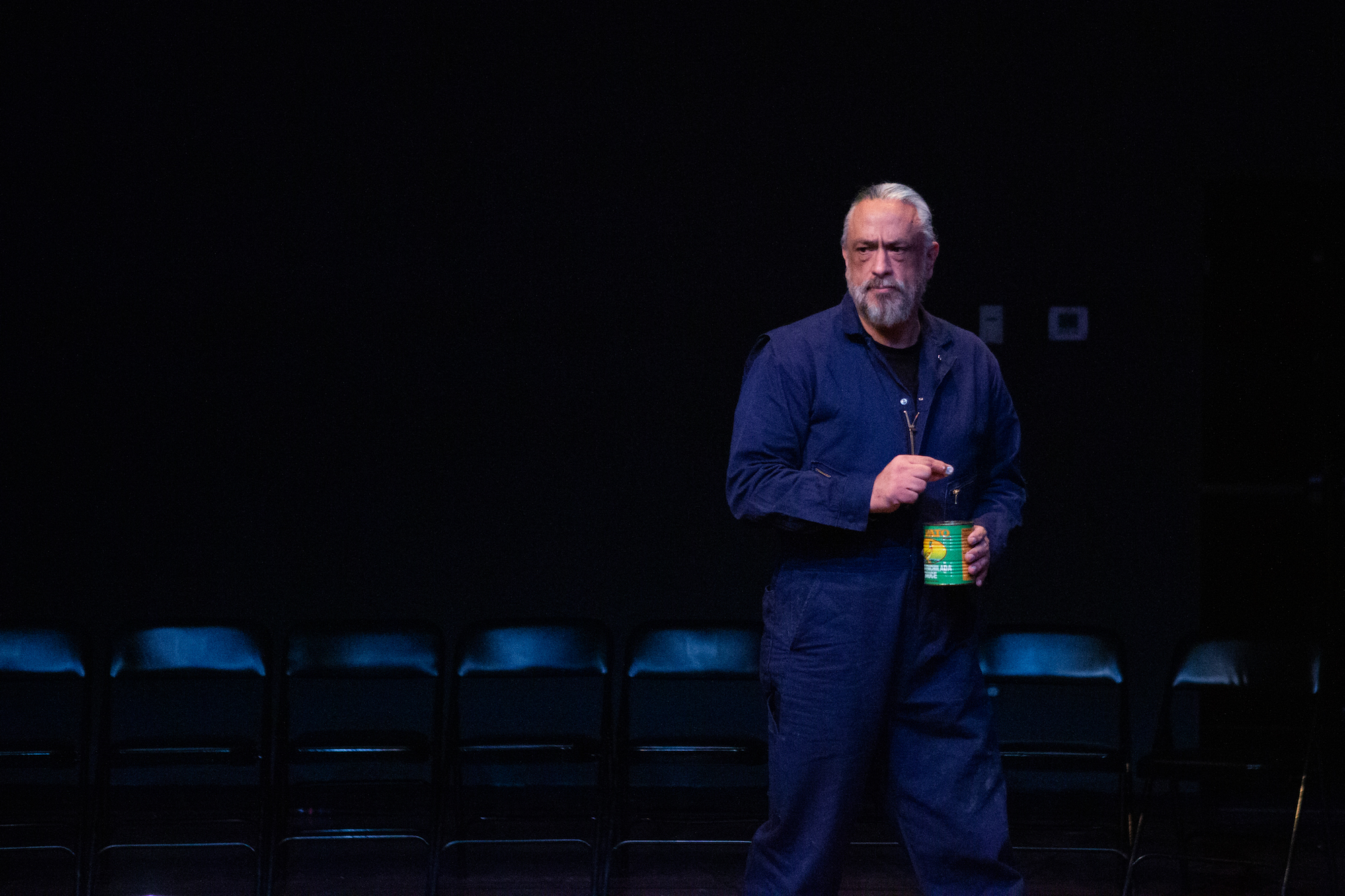 The Violet Triangle is:

Hatlo is a queer collaborative artist living and making work on the land of the Duwamish Tribe, in so-called Seattle. Hatlo supports the development of original performance through relationship-based processes with individuals, creative teams and community groups in a variety of generative roles (dramaturgy, directing, facilitation, writing, performing etc). Hatlo has been nominated for a Gregory New Play Award for their original play STUCK and for a Stranger Genius award as part of the creative team for Thatswhatshesaid. They were the 2019 Seattle Town Hall Artist-in-Residence.

Paul Budraitis is a director, performer, and generative artist, as well as a teacher of acting, movement, and solo performance. He received a Fulbright grant to study directing at the Lithuanian Music and Theatre Academy under the mentorship of visionary director Jonas Vaitkus. In Seattle, Paul directed the world premieres of Elizabeth Heffron's Bo-Nita (Seattle Repertory Theatre) and Kristen Kosmas’ The People’s Republic of Valerie (On the Boards), as well as the Northwest premieres of Will Eno’s The Realistic Joneses (New Century Theatre Company) and David Greig’s The Events (Intiman Theatre). He will be based in Berlin starting in December.

John Kendall Wilson is a professor emeritus with Cornish College of the Arts.  He taught primarily Auto-Cours, theater history, dramaturgy, and the history and theory of performance art.

Special Guest Artist, sound musician Crystal Quartez will be joining us for the Indigo Room

Crystal Cortez is a sound, installation artist, and creative technologist based out of Portland, OR. She is also a professor of Creative Coding & Sonic Arts at Portland Community College. In 2019, she co-founded whateverSpace, a maker space offering free and sliding scale workshops and technology rentals. Under her performance moniker Crystal Quartez, she transforms field recordings, uses synthesis, audio programming, data sonification, and 3D sound spatialization to produce sonic realms for reflection and release. Her art has been shown at NIME, PNCA, Disjecta, PICA, Navel (LA), and more.

In addition to Timothy’s 25 year study of indigenous ceremonial and other embodiment practices, key influences have included Marceau Elaide, Joseph Campbell and Karl Jung. The way our space is designated into the worlds of Carnival and world within the whale specifically references Eliade’s thoughts on sacred and profane space.