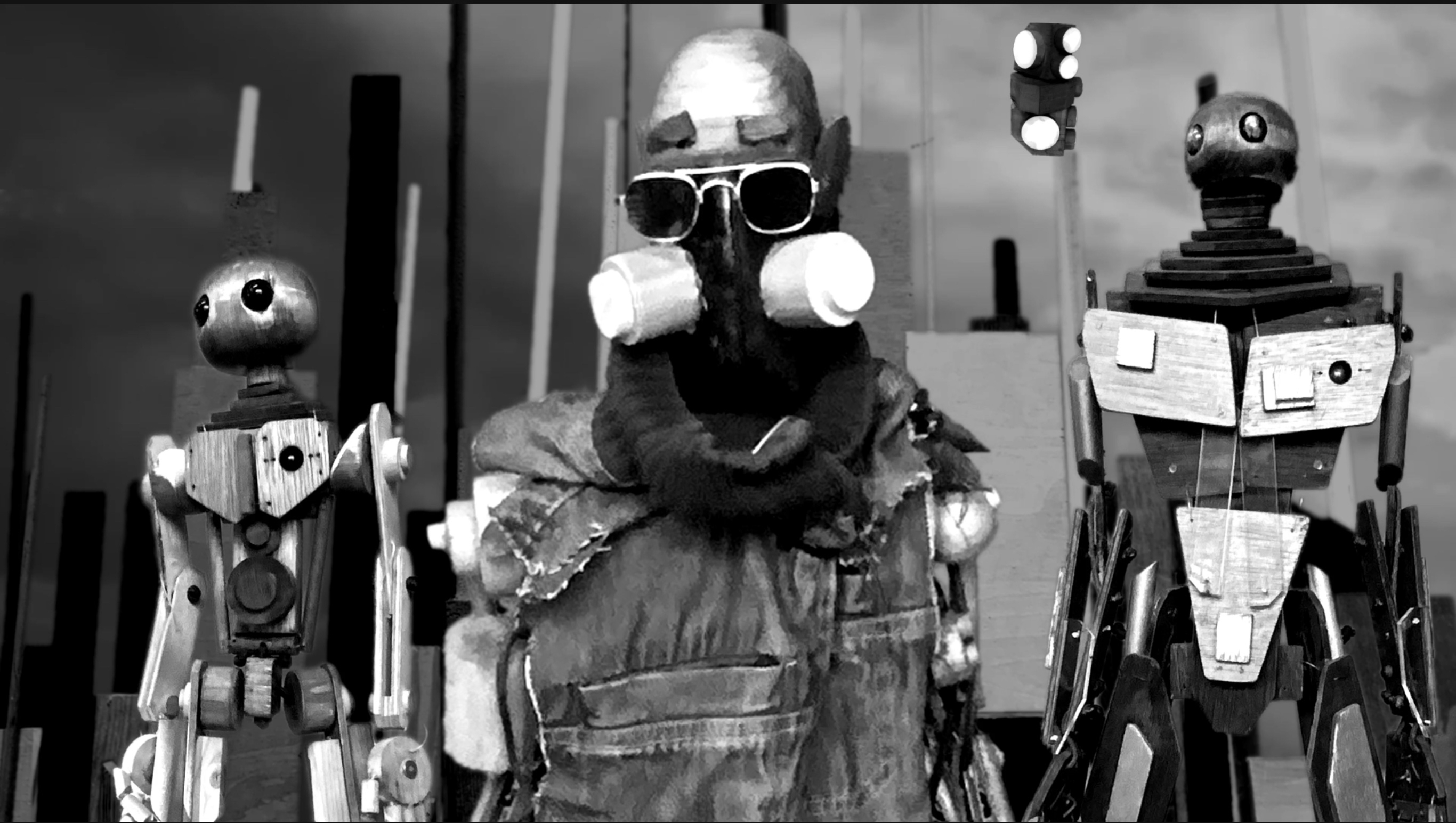 By Tarish Pipkins a.k.a. Jeghetto

The shows included are:

Using music, video, and magical marionettes, the show spins the story to which its title and Jeghetto’s moniker refer into an Afrofuturist parable about a robot that longs to be a real B-boy in a post-apocalyptic future. The 5P1N0K10 universe takes the stage. This Hip Hopera created by Jeghetto and co-written by Pierce Freelon was awarded grants from the Henson Foundation two years in a row. Performance attendees will be transported to an Afro-futuristic post-apocalyptic realm. Puppets by Jeghetto, “5P1N0K10,” a production that combines plywood marionettes, live music, emceeing and video. original score by Hip Hop producer Hir-O.

Created by Tarish “Jeghetto” Pipkins, whose nickname is a play on Pinocchio’s woodcarver Geppetto, “5P1N0K10″ is a family affair that features Pipkins’ sons, Divine, 19, and Tarin, 14, as puppeteers. In the show, the title character encounters various instances of racism, oppression and police brutality along his journey. Pipkins, 50, calls the show “artivism” — a way to creatively express his views on social justice and give the audience a call to consciousness.

“I don’t think politics is the answer; art is the only way to make change in the world,” Pipkins said. “You have to get into people’s hearts and minds. If you can hear a dope story that relates to you, that’s what motivates you to think about your surroundings. People react to stories more than news and politics. Storytelling is my form of activism.”

Tarish “Jeghetto” Pipkins
After working for years as a poet, visual artist, and barber, Tarish Pipkins was inspired to take up the art of puppetry after a conversation with Fred Rogers of Mr. Rogers’ Neighborhood. He chose the stage name “Jeghetto,” a portmanteau of Geppetto and ghetto, to reflect his childhood in the projects of Pittsburgh, and their influence on his artistic vision. Using only recycled materials, he has created a world of astonishing 21st-century puppets, which include a dinosaur, a dreadlocked cellist, the Beast, and an Afro-futurist breakdancing android who wants to be a real boy.

Growing up in Clairton, a steel-mill town south of Pittsburgh, Tarish’s gift for puppetry was evident in the playthings he fashioned out of found objects. “I was always creating, as young as I can remember,” he recalls. By his late teens, Tarish had moved to Pittsburgh and found work as a neighborhood barber. He was also an emcee and a spoken-word performer, and later joined the Bridge Spotters, an artist collective. When Tarish met Rogers, he discovered how to integrate his varied abilities: balancing the spectacle of puppetry with the heart he saw in Rogers’s work. Tarish created his first puppet a few months later to emcee a poetry event with the Bridge Spotters. “I used to do these wire sculptures—make a shape, twist it around until I got forms,” he says. “I called it 3D scribble.”

After moving to North Carolina in 2005, Tarish further honed his craft, noting, “I discovered that most puppeteers don’t build and perform their puppets, they do either-or…. [I]n that respect I was ahead of the game.” His creations out of recycled materials quickly drew the attention of the acclaimed puppetry collective Paperhand Puppet Intervention in Saxapahaw, and he began to collaborate with them shortly thereafter.

Tarish’s puppets have appeared alongside such celebrities as Missy Elliot, Pharrell Williams, and Alec Baldwin. He also created the hip-hopera 5P1N0K10 (rhymes with Pinocchio) with Pierce Freelon, a Durham emcee; successful early performances earned them a 2018 Jim Henson Foundation grant to develop the show. Despite his national success, Tarish believes his most important work lies in connecting with a generation of kids who see themselves in his art more fully than they do in solely hip hop or Sesame Street. He taught at Durham’s Just Right Academy for six years, where he used his puppets to teach social and academic skills to special needs students through creative communication.

Building puppets himself takes talent and creativity, but for Tarish, bringing them to life is the true work. “It’s a craft to build a puppet, but it’s a gift to actually breathe life into it.” According to Tarish, he does not control the puppets but rather suggests their motions and guides their organic actions. “Puppetry is high art,” he says. “It’s like composing an orchestra in 3D.”

This program is supported in part by Cheryl Henson and The Jim Henson Foundation.