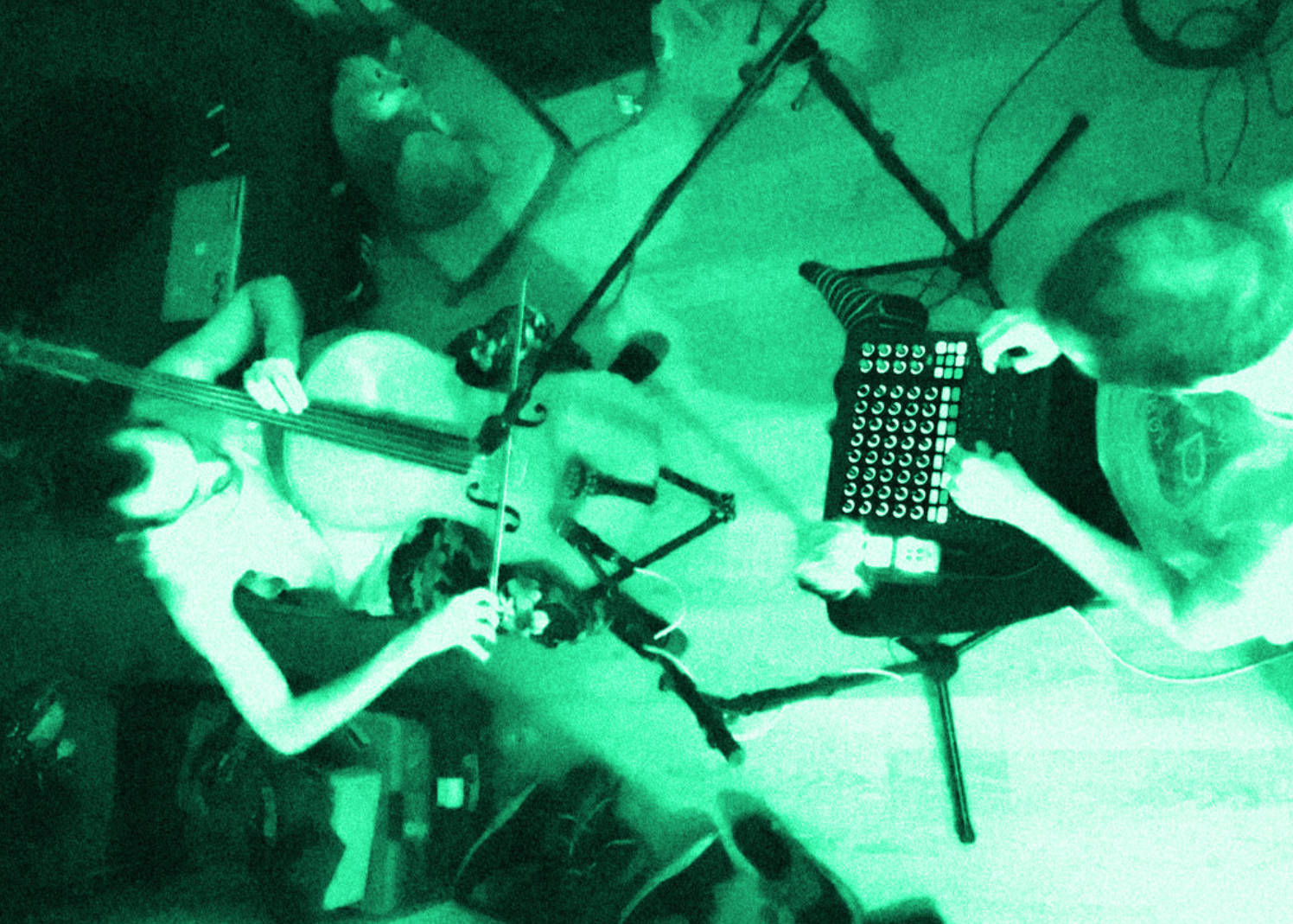 Friday and Saturday at 10PM; Sunday at 6PM

ANNA/KATE BAND (www.annakateband.com) are a 6-piece queer folk pop band, based in New York. Initially established as a duo, “two queers and a ukulele,” Anna/Kate Band has grown to encompass a driving folk rock sound, haunting cello, alongside their signature intricate harmonies. They have performed all over NYC, the Northeast and just returned from their month long European tour. Stream Anna/Kate Band music online at www.bandcamp.com/annakatemusic

ANTHONY JOHNSTON is a queer shock rapper The Popinjay is the alter ego of Brooklyn performance artist Anthony Johnston. Born from a need to satirize the homophobia, sexism and violence prevalent in today’s media and pop culture- The Popinjay is an explosion of gay extremism as entertaining as it is unsettling. Anthony’s “heterophobic” rapper persona, The Popinjay, has been seen at some of NYC’s hottest LGBT nightlife events and the full length theatre piece Revenge of the Popinjay (created with Nathan Schwartz for AnimalParts) has been presented in NYC, toured across Canada and been lauded by The NY Times. Next up, Revenge of the Popinjay is programmed at Vancouver’s PuSh Festival of international performance (Jan 2017) and AnimalParts’ new piece, He’s Built A Fucking Time Machine will be featured in Toronto’s Rhubarb Festival at the acclaimed queer theatre, Buddies In Bad Bad Times (Feb 2017). animalparts.org

ANTHONY NAPOLETANO has been living in New York as a performer and singer/songwriter for ten years.  As an actor, he has been seen as Baby John on the International Tour and London’s West End productions of “West Side Story,”  Disney’s “The Doodlebops,” “Peter Pan” at the Alabama Shakespeare Festival in 2008 and 2010, “American Mill” with Pioneers Go East Collective, and “LARP Me Gently” with The Society of Misfit Puppets.  He co-created and choreographed “We Put the Spring in Springfield: the Music of the Simpsons” and performed on the official Simpson’s panel alongside Matt Groening at San Diego Comic-Con in 2013. He has performed his original music at The Bowery Poetry Club, The Sidewalk Cafe, and The Duplex.  He holds a BFA in Musical Theatre from the Boston Conservatory.

BOMBAY RICKEY is a five-piece, New York-based band with a unique sound evocative of 1960s movie soundscapes. The group plays both covers and original music that borrow equally from the worlds of surf rock, cumbia, spaghetti-Western, and Bollywood, balanced out with a little coloratura soprano. Bombay Rickey has become a fixture at the world-famous Brooklyn club Barbés, performed live on WFMU radio, and was featured in a television commercial for Citibank. Their debut album, Cinefonia (described as “brazen, cheeky and just downright spunky” by World Music Central), was named best debut of 2014 by New York Music Daily and received the Vox Pop Award for Best Eclectic Album from the Independent Music Awards. Most recently, Bombay Rickey was invited to create an opera cabaret based on the life of Yma Sumac for the prestigious PROTOTYPE Festival in New York City. The show ran for seven sold-out performances, was hailed as a “rocking musical show” by the Wall Street Journal, and traveled to London for Téte a Téte Opera’s Cubitt Sessions.

CATRIN LLOYD-BALLARD (CATFOX) is an actress, musician, writer and arts organizer. She is a company member of Title:Point and hosts and co-curates their monthly SalON! series (now running 2-years consecutively!). She performs her solo music project CATFOX regularly around Brooklyn and beyond, and in 2015 released her debut album, ZOÖMAGNESIS. She has recently acted onstage with Title:Point (catch THE CHROMA KEY in January at The Brick!), Object Collection, Buran Theatre, and more; on film/video in Inappropriate Production’s forthcoming horror feature THE MOOSEHEAD OVER THE MANTEL, Lamb of God’s music video EMBERS, several shorts, music videos, and more; and performs the voice of Olympia on Cartoon Network’s POKÉMON XYZ. catrinlloyd-bollard.com

THE PAINKILLERS, from New York and Saint Petersburg, are an art rock noir duo of John Sully and Anastasia Krechet whose style is a clash of cold war chic and No Wave vogue. Their music echoes with a 1960s reverb, inside a dimly lit room full of cigarette smoke and cocktail connoisseurs. Neither a project nor a commodity, The Pain Killers are folk art from the streets of Lower East Side New York City, and based on the myths of the 1960s American dreams. They are developing a language between time, cultures, generations, and sexes that begets from their wildly different backgrounds.

skullcap5050 (Adam Cuthbért and Jonathan Fulk) collaborates with disparate environments to weave a cello-saturated arrays layered with hand-crafted spectral feedback. Formed in 2016 by New Hampshire-native multi-instrumentalist Jonathan Fulk and Michigan-born composer/controllerist Adam Cuthbért, the duo draws aesthetic parallels with the spatial orientation of environmental minimalism, the still quiet of wandelweiser, and the scrappy expressiveness of Brooklyn’s underground noise scene. Drawing also from their own deep archives of field recordings, which serve both as backdrop and as source channels, and hot-miking their surrounding space, skullcap5050 creates a seamless fade from the passive sounds always around us to the kinetics of musical instruments. skullcap5050’s debut recording 0531161116 was released via slashsound records.