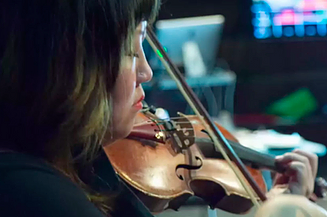 Presented by The School of Hard Knocks

Nobody knows the true story yet…

an ongoing multi-disciplinary performance series conceived, created and performed by The School of Hard Knocks.

Now, in the face of the ongoing pandemic, SML turns to the ephemeral spaces online to forge connections between locations.

Zooma: Dead End will enable artists to explore their ideas and communicate to diverse artists and members of the community.

Mizuho Kappa started her dance training at the age of 3 with Ballet.

Around the same time she fell in love with the mysterious world of small creatures on the ground. This enthusiasm for insects has led her to be immersed in Biology and Entomology for all her life. For the purpose of local ecological observation, she has traveled many countries including Malaysia, Brunei, Vietnam, Cambodia, Myanmar, Sri Lanka, Namibia, Tanzania and Oman. Besides that, she worked as a Creative Planner of Space Branding and Experience Design Division at the Marketing Company in Japan.

In 2018, she moved to NY in hopes of finding a way to integrate and express her random and chaotic life experiences.

Megumi Eda was born in Nagano, Japan. Leaving Japan at 16, she was invited to join the Hamburg Ballet School. For the next 15 years, as a member of the Hamburg Ballet,the Dutch National Ballet and the Rambert Dance Company, She worked with choreographers including John Neumeier,Christopher Bruce, Jiri Kylian, Lindsey Kemp, William Forsythe, Hans van Manen and David Dawson.

In 2004, she moved to New York as a founding member ofArmitage Gone! Dance and has continued a close collaboration with Karole Armitage to this day. In addition to her work with Armitage, she has begun to incorporateother art forms includingsculpture and video into her own installations and performances. She has been collaborating with Yoshiko Chuma since 2014 as a performer/filmmaker. She won a Bessie Award in 2004.

Agnė Auželytė (she/her, 1991) is a Lithuanian-born dance-maker and interdisciplinary performing artist based between Amsterdam and Berlin.

She studied Contemporary Dance at The Scottish School of Contemporary Dance (2010-2012), and is currently continuing her studies in choreography at SNDO (School for New Dance Development) in Amsterdam. Auželytė has been performing with Yoshiko Chuma and The School of Hard Knocks (New York) since 2014. Agnė and Yoshiko met at Ponderosa - a dance and art place in rural Germany.

Driven by curiosity, intuitive understanding and burning desire to connect the dots across time and borders, reoccurring memories, archives and fiction, they continue their conversation till this day. Agnė has presented solo work as well as participated in various productions in Berlin and beyond for the last 10 years across the fields of dance, theatre, music and interdisciplinary art.

Her most recent work — the performance series UNDONE, exploring the idea of embodied sounds in collaboration with Amsterdam-based musician Stephen Doyle — has been supported by Lake Studios Berlin as well as ada studios in the frame of the NAH DRAN Extended performance series (2019). Currently, Auželytė is busy with research for her latest choreographic work, Ana Chrona: Ten Years of Dance Fiction, in collaboration with Ula Liagaitė. Her texts, co-created with Shelley Etkin (Vagittarius Rising), have been published by COVEN Berlin and HYSTERIA magazine. This duo has also presented live performance works at nGbK Berlin, 3AM at Flutgraben, GlogauAIR Berlin, Government Museum and Art Gallery of Chandigarh (India), FRESH Festival (USA), and others. She is a member of the experimental sound projects Otolitos, VROUW!, and Dragons/Doyle, as well as creating sonic solo work under the name Dragons.

She is a recipient of the Individual Artist Grant in 2020 from the Lithuanian Council for Culture.

After some years as an actor in German theater, Peter Pleyer studied dance and choreography at the European Dance Development Center (EDDC) in the art academy in Arnhem/NL. He worked as dancer and choreographic assistant for Yoshiko Chuma (New York) and Mark Tompkins(Paris). Since his studies he has worked closely with the Hungarian dancer Eszter Gal, their choreographies and improvisations have been shown in Holland, Germany, Hungary, Paris and at the New York improvisation festival. In the Netherlands Peter choreographed his first group pieces (selected for the choreography completions Groningen/NL 1994).

Since 2000 he lives in Berlin with a strong interest in new methods of training dance and composition, where improvisation plays a central role. Out of his interest in the newly developing dance-research programs in different universities he developed the lecture performance „choreographing books“ (2005) on his view of the difference in the dance research in the US and Europe, and how that can be beneficial for dancer and choreographer.

He teaches internationally, his workshop „history in practice“ that focused strongly on the „post-judson-avantgarde“ was held in the alternative dance academy in Poznan, P.O.R.C.H.- Stolzenhagen, the Polish Theatre-Institut, Warsaw, MA Choreography ArtEZ/ Arnhem, HZT-Berlin and Tanzquartier Wien. From 2007-14 he was the artistic director of Tanztage Berlin.

In 2014 he successfully picked up his choreographic career with the solo „Ponderosa Trilogy“ (at the Life-Legacy-Project at Tanzhaus NRW and Impulstanz Wien), the group research and choreography „visible undercurrent“ (2014/16) and „cranky bodies dance reset“ (2017). His newest solo „triton tanzt - twisted trident“ about the history of release technique, deconstructing masculinity and the death of his father, was performed in Berlin and Prag. With his partner, Michiel Keuper, a visual composer, he will found „cranky bodies“ a/company in August 2020, despite or because of the difficulties of our times.

Ursula Eagly is a choreographer and a dancer. Her works are characterized by a “rabbit-hole logic” (New York Times), and her research considers the potential of porosity. Her next work is commissioned by Abrons Arts Center, where it will premiere in 2021-22.

Ursula has worked with Yoshiko Chuma since 2006 when she was a core performer in the "Page Out of Order" series, which took place in Albania, Macedonia, Japan, and Romania with extraordinary local performers in each region.

Miriam Parker is an artist who uses sound, paint, light, movement, video projection and sculpture to create media and performance-based works. Her work has been greatly influenced by her connection to free jazz tradition, and her study of Buddhism, phenomenology, and kinesthetic empathy.

She has worked as a performer in collaboration with Yoshiko Chuma and The School of Hard Knocks for the past 10 years.