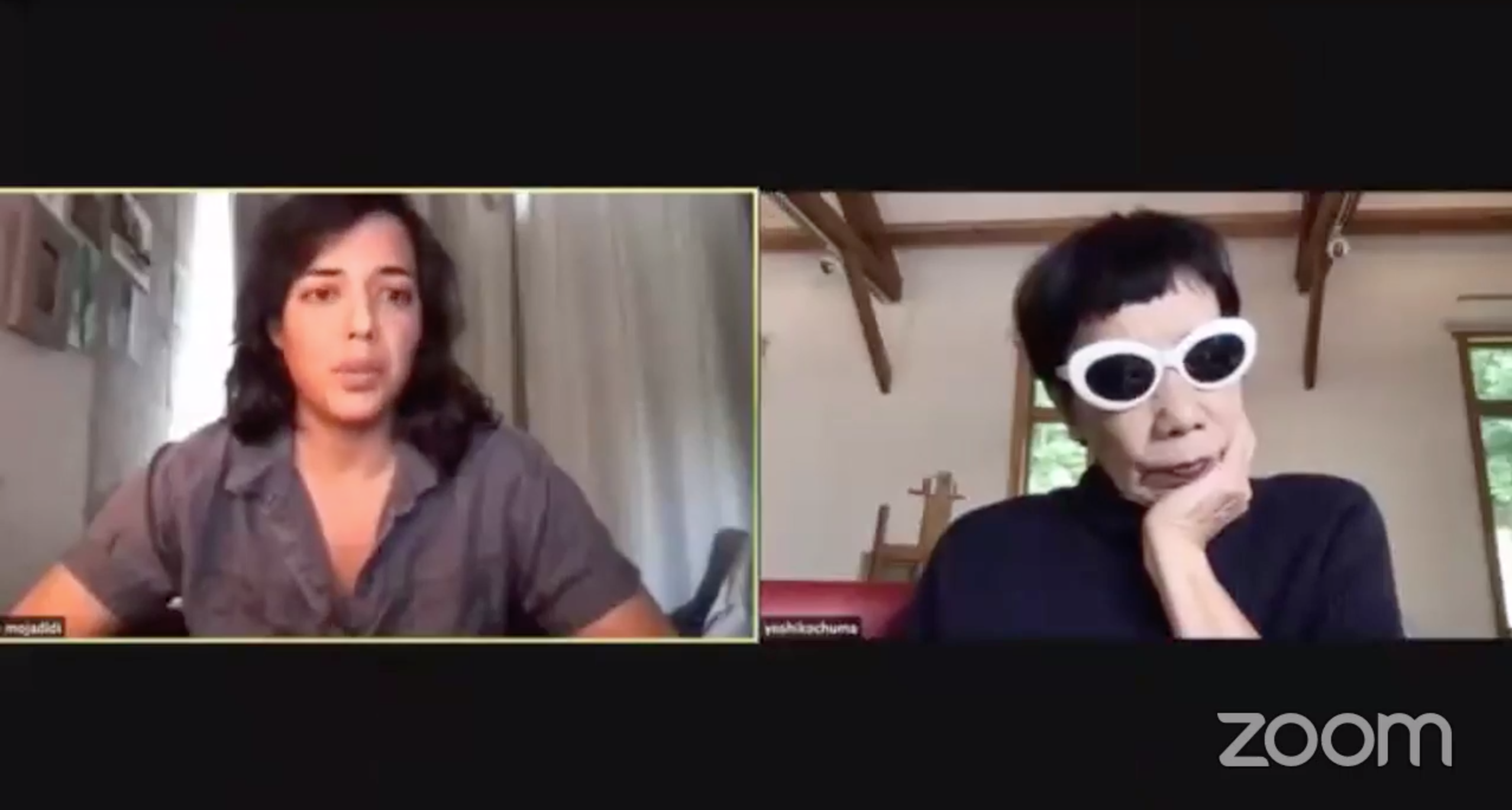 SML: Zooma - Dead End is the latest chapter of Dead End, The School of Hard Knocks (2020-2023) an ongoing multi-disciplinary performance series conceived, created and performed by The School of Hard Knocks. Assembling a mosaic of films, dance, music, visual art, and narratives, SML investigates ideas of national security, perceived dangers within borders, immigration, and war. Now, in the face of the ongoing pandemic, SML turns to the ephemeral spaces online to forge connections between locations. Using the ubiquitous tools of social conferencing, Zooma: Dead End will enable artists to explore their ideas and communicate to diverse artists and members of the community.​

SML: Zooma - Dead End has featured 10 “sequels” with a regular cast of performers along with hosts, special guests, and artists who are scattered across the world. Musicians, dancers and designers interact, albeit indirectly, as nineteen chapters cross over each other within the time-frame of one hour. Parallel incidents of sound, text, and action connecting the cities of New York, Ankara, Madaba, Tokyo, Caracas, Tehran, Hong Kong, Berlin, Los Angeles, Brussels, Kabul, Palestine, and Dakar.

Cutting-edge choreographer/director/instigator/movement-explorer/performer, Yoshiko Chuma continues a lifetime obsession with the mythology of danger. Landing in New York in 1976, Chuma settled in lower downtown Manhattan, labelled as a dangerous place to be at the time. Devoid of the culture and inflation you see before you now, Yoshiko managed to begin her career in lower Manhattan, spanning an impressive 40 year career to date. Creating over 100 productions, including company works, commissions and site-specific events, Chuma is constantly challenging the notion of performance for both audience and participants. Crossing physical and metaphorical borders along the way, quite literally, Chuma has placed herself in danger's way for the sake of art.

Ginger Dolden is a multi-instrumentalist, recording artist, and teaching artist based in Brooklyn New York. Recently, she been seen live on Jimmy Kimmel Live!, Last Call with Carson Daly and has performed at Roulette, Issue Project Room, The Whitney Museum of American Art, The Ace Hotel, La MaMa, Joe's Pub, Jalopy, Barbés, and The American Folk Art Museum. She has worked and recorded with artists including: Anthony Braxton, John Cale, Anthony Coleman, Yoshiko Chuma, Tony Conrad, Holly Miranda, Durand Jones and the Indications, The Hot Sardines and performs with The String Orchestra of Brooklyn and The Chelsea Symphony.

Megumi Eda was born in Nagano, Japan. Leaving Japan at 16, she was invited to join the Hamburg Ballet School. For the next 15 years, as a member of the Hamburg Ballet,the Dutch National Ballet and the Rambert Dance Company. She worked with choreographers including John Neumeier,Christopher Bruce, Jiri Kylian, Lindsey Kemp, William Forsythe, Hans van Manen and David Dawson. In 2004, she moved to New York as a founding member of Armitage Gone! Dance and has continued a close collaboration with Karole Armitage to this day. In addition to her work with Armitage,she has begun to incorporateother art forms includingsculpture and video into her own installations and performances. She has been collaborating with Yoshiko Chuma since 2014 as a performer/filmmaker. She won a Bessie Award in 2004.

Ryan Leach (he/him) is a New York based actor, writer and comedian originally from Virginia. Film credits include We Demand (Berlinale 2016, BAM), Little Men (Sundance) and The Ducks Migration (OUTFest, Queer Lisboa). Television credits include Comedy Central’s The Other Two and At Home With Amy Sedaris on TruTV. He has performed at La MaMa, HERE Arts Center, Ars Nova, Dixon Place and the New York International Fringe Festival. His comedy can be seen at Broadway Comedy Club, MTV News, StandUp NY, Littlefield, Union Hall, The Bell House, Upright Citizens Brigade, Caveat and more. He is proud to be a co-founder of Awf Magazine -- the first online LGBTQ+ satire publication. Photo by Arin Sang-urai.

Ryuji Yamaguchi, dancer and educator, is originally from Japan. In 2007, Ryuji moved to Madaba, Jordan as founding faculty member at King’s Academy, a new boarding high school, where he currently directs the dance program and is dean of residential life. As a member of Yoshiko Chuma and the School of Hard Knocks, Ryuji has collaborated with Yoshiko to create eight major productions in Jordan and Palestine, produce multiple short films, collaborate with numerous Jordanian and Palestinian artists, and invite over 40 Japanese and American artists to Jordan. As director of Midan: Amman Dance Lab, Ryuji works to nurture dance in Jordan across socioeconomic, linguistic, and cultural boundaries.