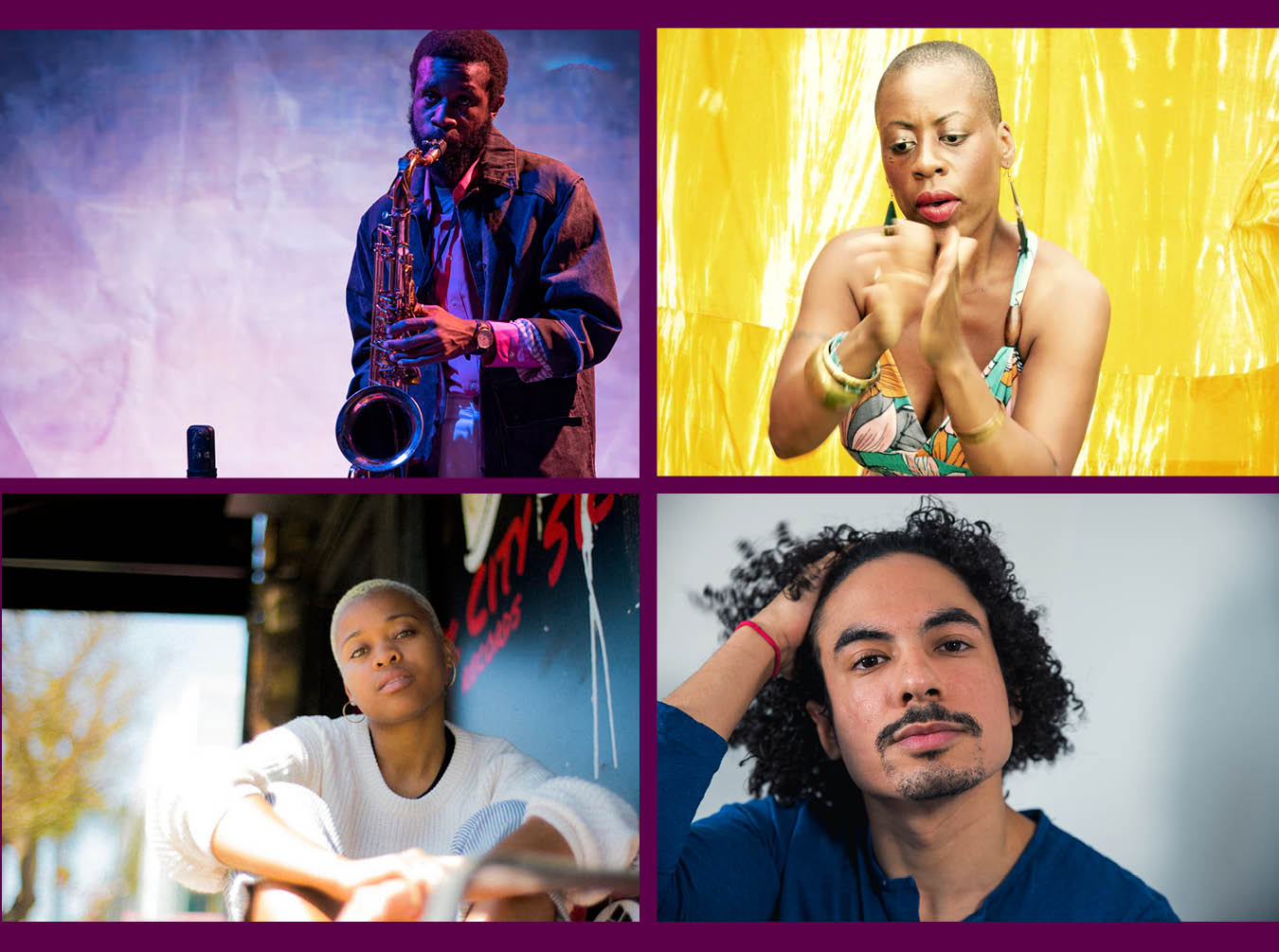 La MaMa presents Cafe La MaMa, performances that experiment with form. Responding to calls for social isolation, Café La MaMa Live brings La MaMa's 1960s café aesthetic to a virtual platform that links performers and audiences in real time across distance. Join us as we see what our 59th Season resident artists have been up to during their residencies here at La MaMa.

La MaMa's 59th Season, “Breaking It Open,” will explore how new works are created, performed, and experienced during a pandemic. The season revolves around development residencies that are customized to the specific needs and processes of each artist. Each residency is customized to suit the artist, their unique vision, and where they are at in their creative work.

To watch the full performance on demand after the premiere, become a supporter on Patreon!

JJJJJerome Ellis is a stuttering, Afro-Caribbean composer, performer, and writer. His works are invitations to healing, transcendence, communion, and deep listening. Through an interdisciplinary practice that focuses on oral storytelling, improvisation, and the interrelations between speech, silence, disability, and religion, he’s collaborated with choreographers, rappers, playwrights, booksellers, typographers, podcasters, toddlers, and filmmakers. Mr. Ellis' work has been presented or developed by the Metropolitan Museum of Art, the Sundance Institute Theatre Lab, Lincoln Center, MASS MoCA, and WKCR. He is a writer in residence at Lincoln Center Theater. Born in Connecticut to a Jamaican mother and a Grenadian father, he was raised in Virginia Beach, VA. As a composer Mr. Ellis was awarded a 2015 Fulbright Fellowship to research traditional samba performance and write new music in Salvador, Brazil. There he performed with local musicians at Teatro Gamboa Nova and Feminaria Musical at the Universidade Federal da Bahia. With James Harrison Monaco, Mr. Ellis one half of the music-storytelling duo James & Jerome. Their work has been commissioned by the Metropolitan Museum of Art and Ars Nova and has been directed by Rachel Chavkin, Annie Tippe, and Andrew Scoville. James & Jerome have developed their work through the Kimmel Center for the Performing Arts, BRIClab, and The Ground Floor at Berkeley Rep, and they were members of the Public Theater's inaugural Devised Theater Working Group. Recent James & Jerome projects include: Piano Tales (La MaMa, Joe’s Pub at The Public Theater, Lincoln Center Education, etc.), Ink (Metropolitan Museum of Art/Under the Radar 2019, The Brick, BRIC Arts Media), Aaron/Marie (Under The Radar Festival, Ars Nova), and They Ran and Ran and Ran (HERE Arts). The duo are collaborators on Reconstruction (Still Working But the Devil Might Be Inside) an upcoming project by The TEAM. Recent sound design/composing credits include Help (The Shed), Passage (Soho Repertory Theatre), the Radical Craft Design Salon (TED Conferences), and LAB RAT by A$AP Rocky (Sotheby’s/YouTube). From 2008 to 2011, Mr. Ellis was resident composer and saxophonist with pianist Trudy Silver at 5C Cafe and Cultural Center in New York City. As a jazz saxophonist, he has performed with Joseph Daley, Aaron Scott, and Shayna Dulberger. Mr. Ellis earned his B.A. in music theory and ethnomusicology from Columbia University, studying ear training and counterpoint with pianist and composer Ramin Arjomand. Mr. Ellis is also a piano tuner and teacher, as well as a translator from Portuguese.

John Maria Gutierrez is an actor, mover, creator who performs on screen and stage nationally and internationally. His works combine bboy and postmodern aesthetics, original music, singing, and experimental theater to unwind a complex urban disparity brought on by social and systemic failings. As the first person in his family born in the US, John is carving out and balancing his own identity within his family, cultural history, and an artistic landscape that doesn’t often highlight the experiences of lower income, multilingual, and queer expressions.

Stacey Karen Robinson is a multidisciplinary theater artist. Her experimental solo works investigate trauma, joy & transcendence in the lives of Black folx. She performed her show, You Never Can Always Sometimes Tell, at JACK (NYC) and Salvage Vanguard Theater (TX). The work was developed with support from the Lower Manhattan Cultural Council and the Foundation of Contemporary Arts. She received an Art Matters Grant (2019) and the BRIO Award for Playwriting (2009). Her previous monodrama, Quiet Frenzy, is published in solo / black / woman: scripts, interviews, and essays, Northwestern University Press (2014). As an actor she has appeared on numerous stages, including: BAM, NY Live Arts, Walker Art Center, REDCAT, Soho Rep. and P.S. 122. She is a proud Bronx native.