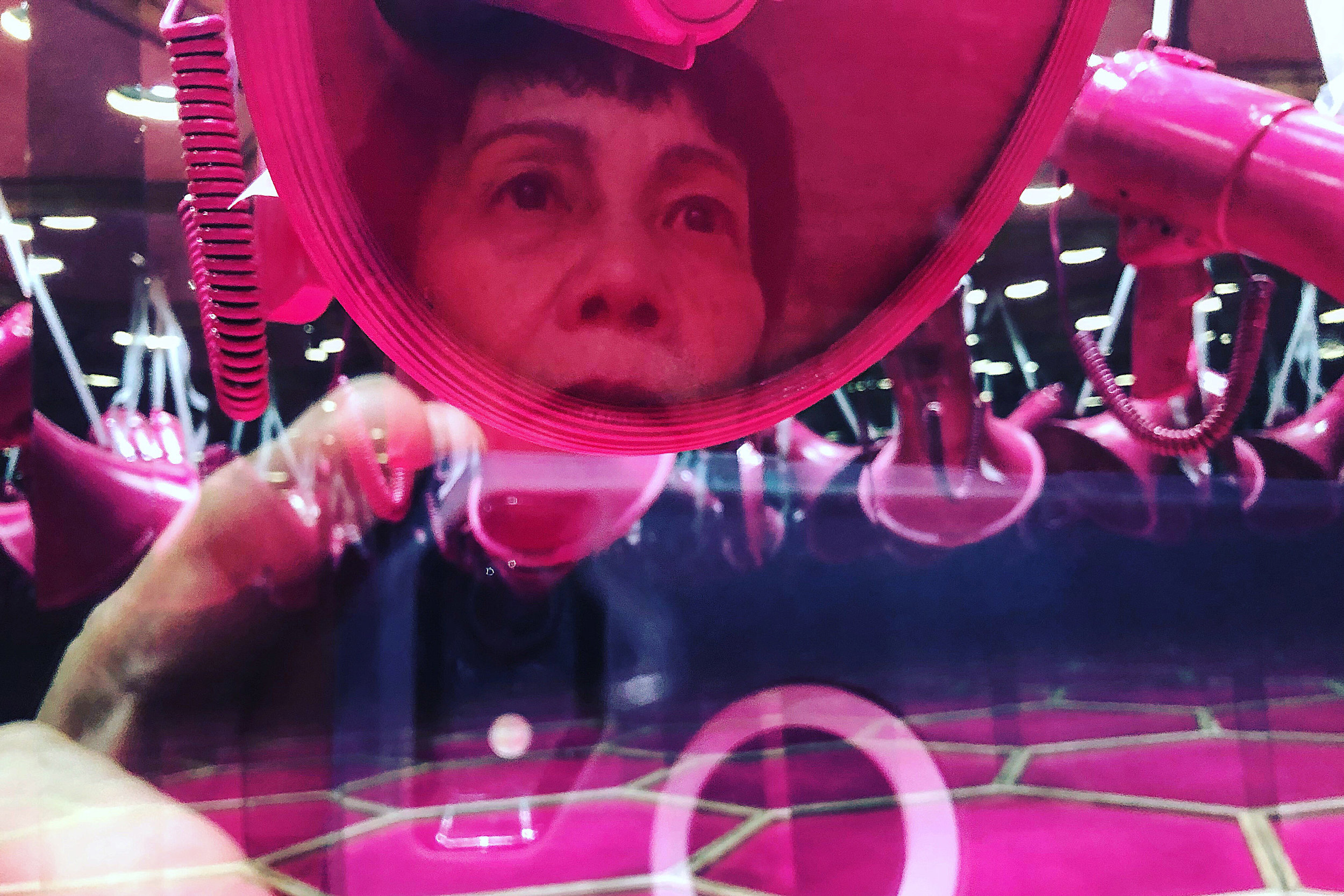 Yoshiko Chuma and the School of Hard Knocks

In the beginning of summer in June, Yoshiko Chuma and the School of Hard Knocks will crash into Shock Wave Delay at the Ellen Stewart Theatre. The confidential protocol is a composition created and designed by Yoshiko Chuma. This performance is based on twenty chapters that cross over within the frame of two and half hours. Musicians, dancers and designers interact, but not directly—a parallel to incidents of sound, text and action, a metaphor for endless continuous circles of life, fluctuating between utopia and war. While observing, the audience perceives the results of war—tipping utopia. A utopia is an imagined community of society that possesses highly desirable or nearly perfect qualities for its citizens. One could also say that utopia is a perfect "place" that has been designed so there are no problems.

Pop-up Dance Artists and Musicians are veteran members of the School of Hard Knocks who will make surprise appearances daily.

Yoshiko Chuma (conceptual artist, choreographer/artistic director of The School of Hard Knocks) has been a firebrand in the post-modern dance scene of New York City since the 1980s, has been consistently producing thought-provoking work that is neither dance nor theater nor film nor any other pre-determined category. She is an artist on her own journey, a path that has taken her to over 40 “out of the way” countries and collected over 2000 artists, thinkers and collaborators of every genre since establishing The School of Hard Knocks in 1980.

The School of Hard Knocks was founded as a company of diverse backgrounds. Its purpose is to create, perform, encourage and sponsor experimental and multi-disciplinary and multi-media work. The School of Hard Knocks is an ongoing phenomenon—its shape is as diverse as the situations the company performs in—from the street, theater, small opera houses, concert halls to large scale spectacles.

The activities include ongoing development and rehearsal of new works, and performances/residencies and collaborations with local artists on tour throughout the United States, East and Central Europe, Asia, Middle East, and South America. .Notable international performers have been involved in the School of Hard Knocks over its 40 year history,