La Galleria: She Was Alone – the Reconstruction of a Wartime Journey 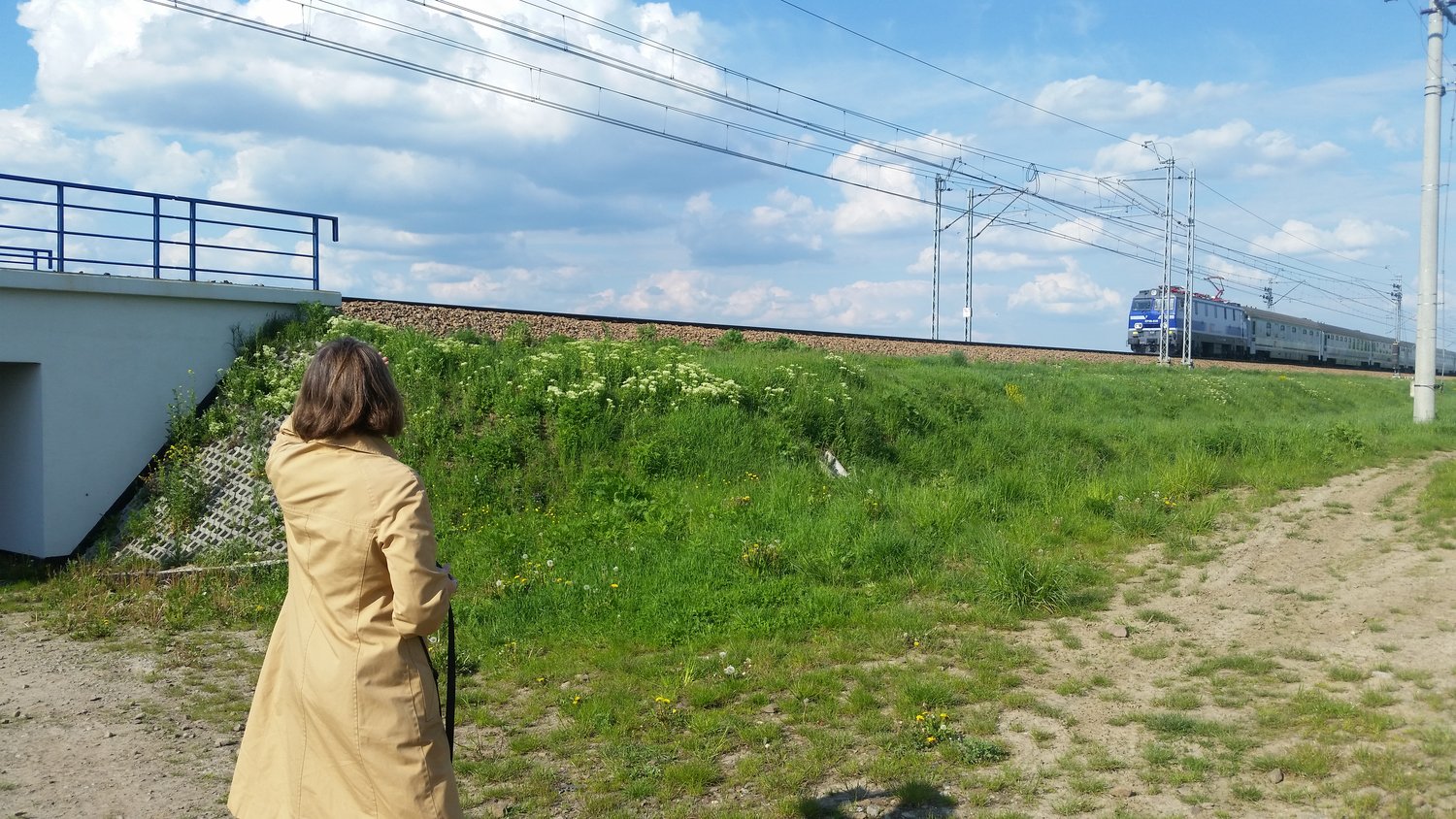 Levy shares her recent experiences in Poland working on PAULINA, an experiment in storytelling investigating identity, memory, and place, by calling on the past to reimagine one woman’s story of survival. PAULINA is a collaboration between Levy (New York) and Patrycja Dołowy (Warsaw).

The 1945 witness testimony of Paulina Hirsch describes the survival experience of a Jewish woman living and moving throughout Nazi-occupied Poland. One of the thousands of testimonies taken by the Poland’s Central Jewish Historical Committee at the end of World War II, it is an official, impersonal account – the woman behind the text remains a mystery. An introductory note states that she began the war with a husband and daughter, but by the end, she was alone.

What happens when one woman’s account is explored in-depth in the very places where it happened? In the fall of 2018, artist Michelle Levy relocated to Poland to spend nine months investigating the testimony of Paulina Hirsch. Together with Warsaw-based artist/writer Patrycja Dołowy who first translated Paulina’s testimony for Michelle, the ultimate goal was to physically retrace Paulina’s wartime movement across Poland and Ukraine. Guided by happenstance, the two women embarked on a journey, following Paulina’s path to see what they would find. Little did they know they had entered into a web of events that had been unfolding over decades…

MICHELLE LEVY is an interdisciplinary artist, storyteller, and cultural organizer. She uses performance, imagery, text and collective engagement to investigate the mediated spaces where identity is constructed. She has performed and presented work in New York, Philadelphia, Los Angeles, Kraków, Warsaw, and Prague. Recent honors include; Czech Consulate support for a curatorial residency at Meet Factory in Prague; the Asylum Arts/POLIN Museum Poland Retreat for Jewish Artists in Warsaw; and grants from Asylum Arts (2018) and the US Embassy, Warsaw (2019) for her work with Patrycja Dołowy on the “PAULINA” project. During 2018/2019, she was an artist hosted by the POLIN Museum of the History of Polish Jews, with research support from the Jewish Historical Institute, Warsaw. “PAULINA” was 2019 the Project-in-Residence in FestivALT, Kraków. She holds an MFA in Digital and Interdisciplinary Art Practice from The City College of New York, and a BA in Studio Art from Wesleyan University, CT. She has studied contemporary drama at the Royal Academy of Dramatic Art, London, and improv comedy and storytelling at Magnet Theater, New York. From 2008-2018, Levy was the Founding Director of EFA Project Space exhibition program in Manhattan, where she also founded the SHIFT Residency for artists working for arts organizations.

MONIKA FABIJANSKA is a New York-based art historian and independent curator who specializes in women’s and feminist art. Most recently she curated a critically acclaimed exhibition, The Un-Heroic Act: Representations of Rape in Contemporary Women’s Art in the U.S. at Shiva Gallery, John Jay College, NYC. Hyperallergic ranked it the fifth best NYC art show in 2018 and it was reviewed by The New York Times, The New Yorker, Art in America, Artforum, and The Brooklyn Rail, among the others.