Shauna Davis: with myself 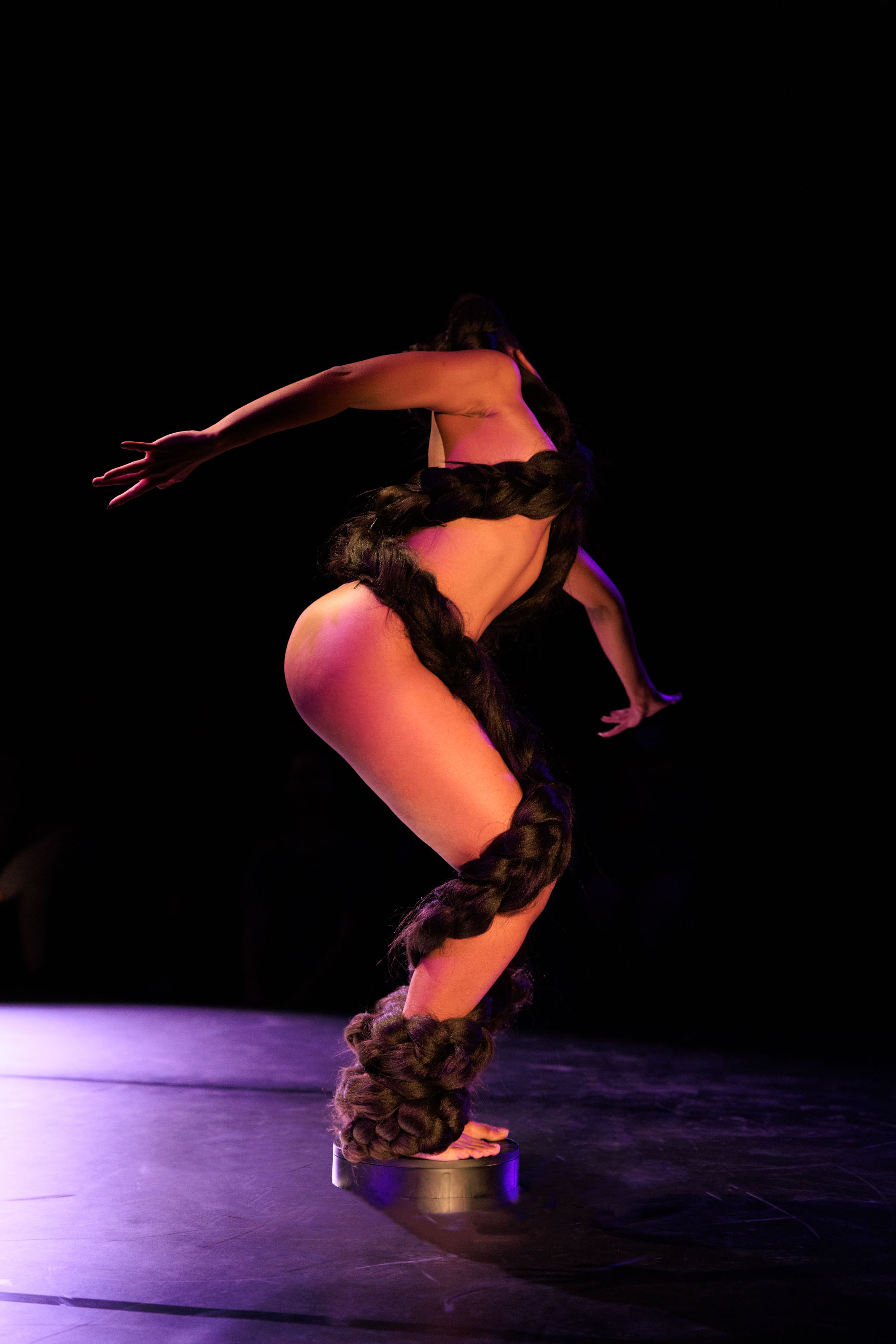 with myself  is an exercise and declaration of body autonomy, acceptance, and joy. The dance theatre solo performed by Shauna Davis is a 25-minute work in progress, expanded from HI,SOLO #11 at The Geffen Contemporary at MOCA in Los Angeles. 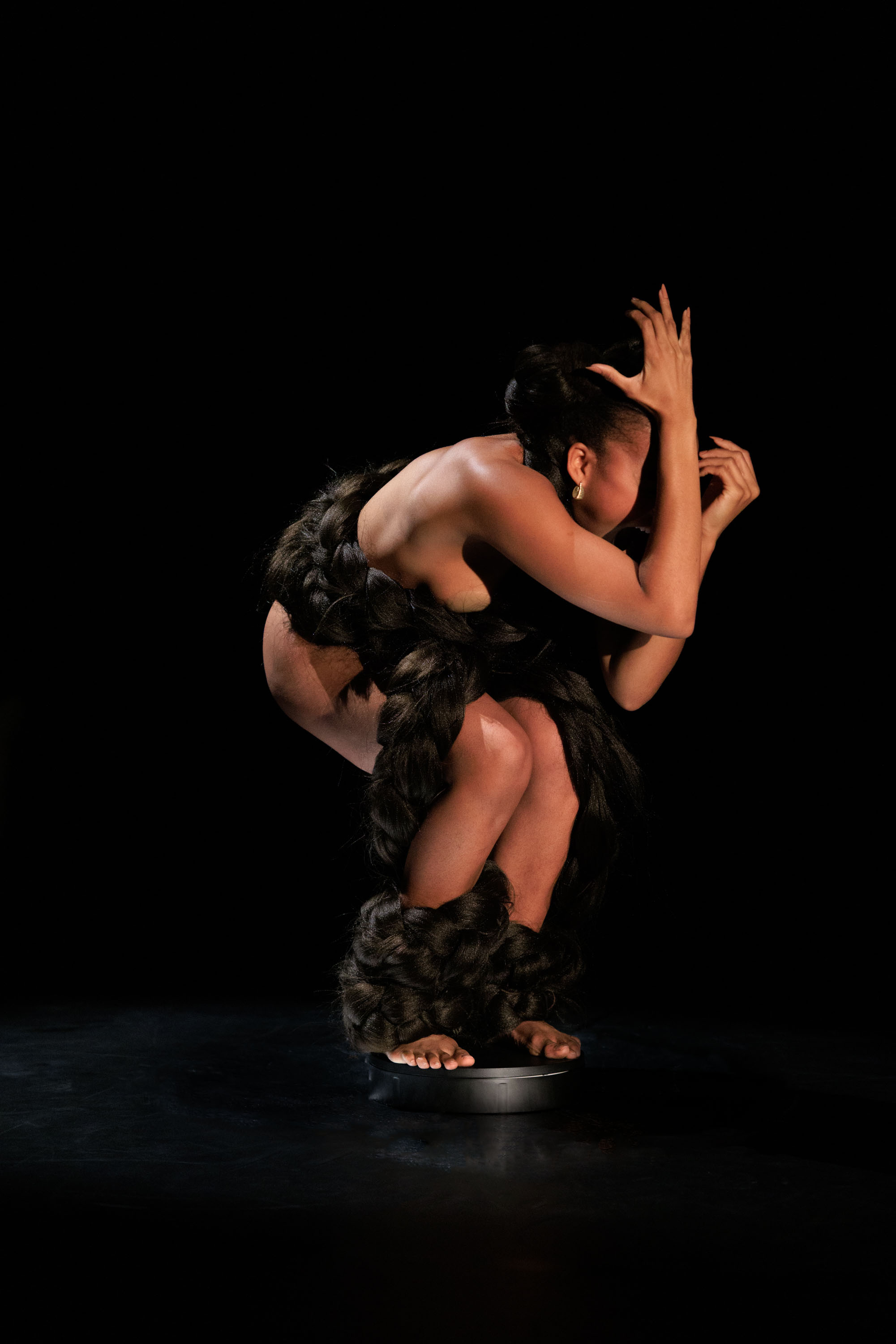 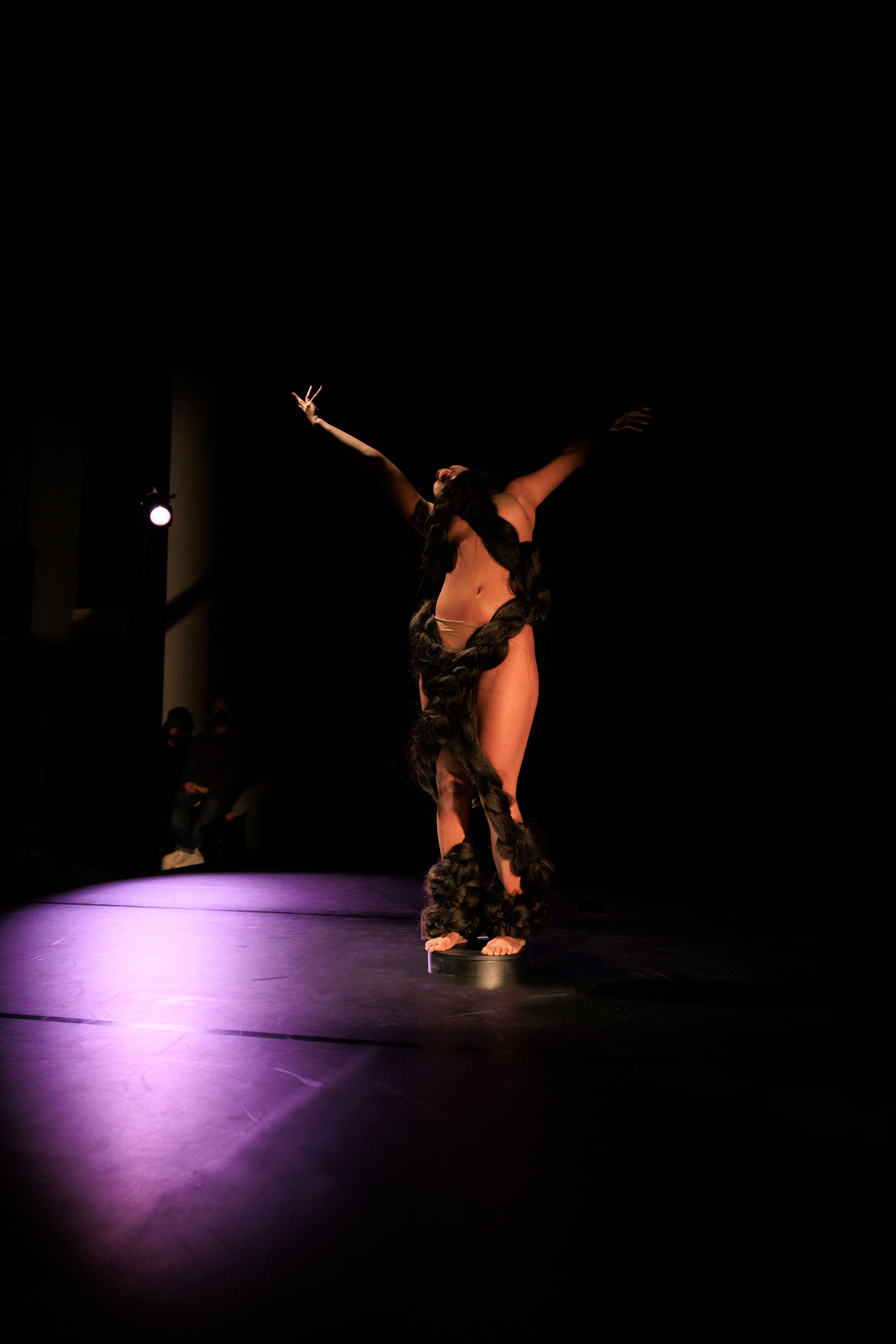 Originally from Weston, Florida, Shauna Davis is a dancer, choreographer and filmmaker based in Los Angeles. As a dancer, Shauna has worked with artists such as The Weeknd, Olivia Rodrigo, Shawn Mendes and has performed with No)One. Art House, LA Opera, Long Beach Opera and LA Chamber Orchestra. In creation, Shauna makes cinematic and storied dance experiences influenced by history and the fantasy of the future. Through movement and storytelling, Shauna offers alternate and colorful ways to express the nuances of being, while encompassing themes of legacy, reclamation and popular culture. www.shaunadavisdance.com

Cody Perkins or Algorythm.Code is a Los Angeles Native, Composer, Producer, and interdisciplinary artist. He studied classical piano, voice, dance, and electronic music at Alexander Hamilton Music Academy in Los Angeles, California. He has composed pieces for various ballet companies and partnered with performance artists, choreographers, and fashion designers to create soundscapes or scores for various projects. His work has been published in publications such as Vogue, Vice, and Office Magazine and has been featured at Art Basel, Outfest, and Sundance Film Festival's New Frontier Gallery.  He is also 1/3 of the musical collective, The Algorithms, and is the founder of recording/production company Airdrome Affaire.

Summer Gan was born and raised in Kuala Lumpur, Malaysia where she trained in contemporary dance and classical ballet. She has performed in a range of critically acclaimed musicals, ballet, and contemporary works at the National Theater of Malaysia and with the Malaysian Philharmonic Orchestra. In 2015, she received a scholarship from World Dance Movement to study at the American Musical and Dramatic Academy in New York majoring in Dance Theater. In New York, she has performed original work at the Museum of Chinese in America, Joe’s Pub at the Public, MCC Theater, Broadway Cares and Disney’s D23 among others. In 2018, Summer made her off-Broadway choreographic debut in “Thicker Than Water” at Joe’s Pub at The Public Theater and returned the following year to choreograph the world premiere of “Made In America” both with TerryandTheCuz. In December 2020, Summer produced and directed “WHY NOT HERE?” a cross-cultural collaboration of live performance and visual art at ILHAM Gallery in Kuala Lumpur.

Kaylah Burton is a social strategist, community builder, and mover. Passionate about building authentic and meaningful connections, Kaylah earnestly creates spaces for humans to find common ground, connection and belonging through digital communities, media & art forms and in physical spaces. She is the co-founder of “No Insights”, a community for women, nonbinary and trans strategists of color in the advertising & media industries where she acts as a thought leader and justice advocate in both the marketing and community organizing space. As a Black, queer, first-generation college graduate with a BFA in Dance Performance, Kaylah brings a community-centered, artistic, and intersectional lens to all that she does. Kaylah is passionate about helping brands and organizations lead with the same empathy and connection she practices.