Series of One: A Solo Performance Festival 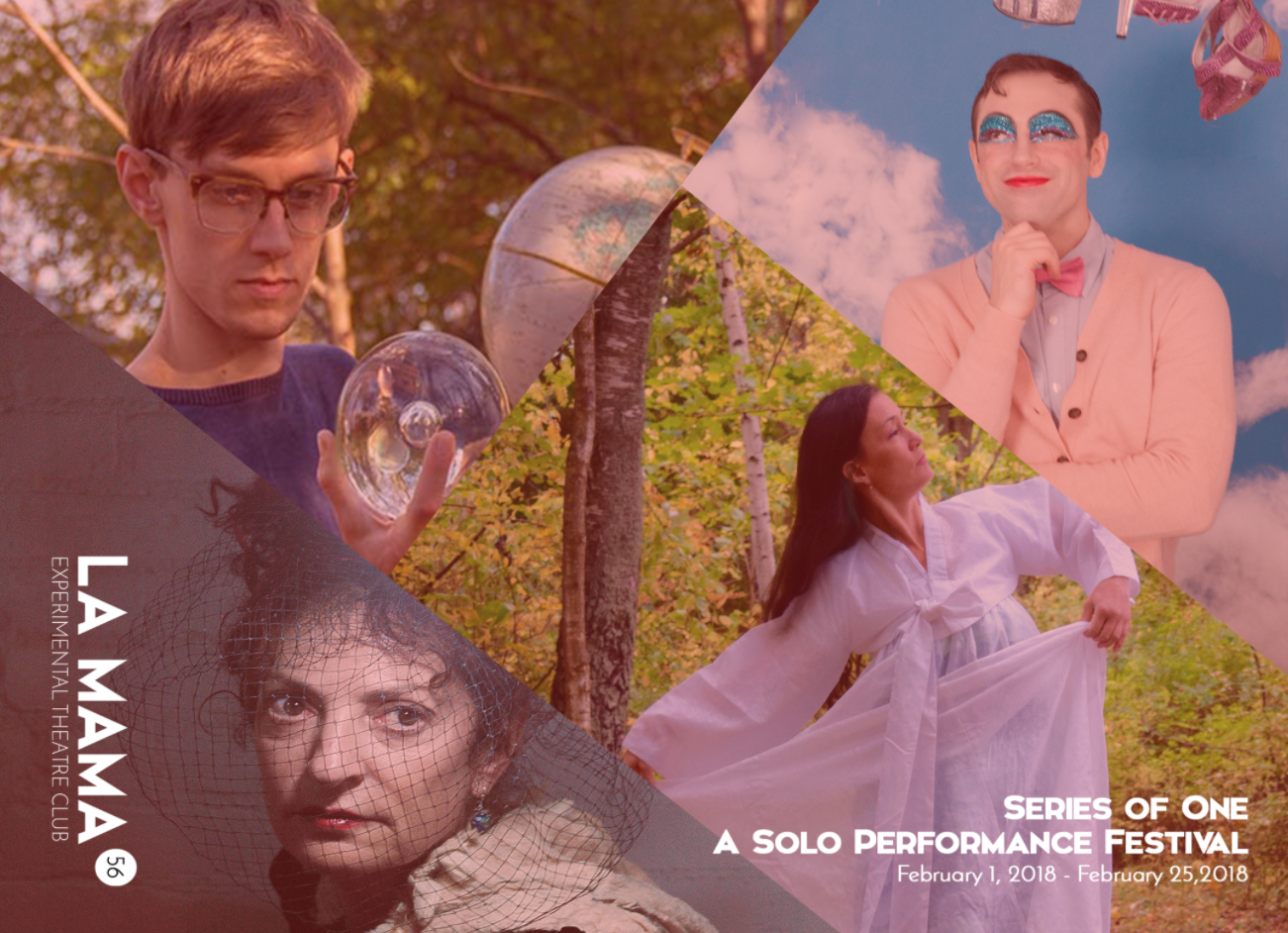 Thursday to Saturday at 8pm; Sunday at 3pm

Series of One | A Solo Festival from La MaMa on Vimeo.

A Series of One is a platform for provocative, challenging solo performances presented at La MaMa during our 56th season, which is centered around storytelling and personal narratives.  These courageous artists exemplify La MaMa’s mission by continuing to create adventurous and engaging art which allows audiences to experience the dynamism of a single performer–no distractions.

Prelude to the Apocalypse (For What It’s Worth)

You Can Never Go Down The Drain:
a Musical Children’s Program for Adults in 2018

Mr. Rogers was known for saying no matter how bad things are “You can never go down the drain.”  Using and abusing iconic songs from the program, Philadelphia’s Bearded Ladies Cabaret, puts this to the test.  For this workshop performance, expect a gold fish funeral, gay romps into the land of make-believe, and some earnest questions about irony.

Mermaid’s Howl by Marina Celander is a fantastical One-Woman piece, full of magic and dreams. The characters are WOMAN and DAUGHTER. They speak to each other through time and space, through ocean divers and earth creatures, through madness and memories, remembering their way back to their matriline in Korea.

“The tireless Marina Celander, as the Narrator, speaks all the dialogue; the other actors express only the occasional battle cry.”
~ The New York Times

Finding Fellini centers around a Jewish woman’s escape from the brutal realities of apartheid South Africa into a Fellini infused cinematic landscape. Projection images from the maestro’s films, as well as Fellini quotes, weave together representing the creativity, freedom and vibrancy Fellini symbolizes to a woman running from the horrors of her home country where repression is the suffocating norm.