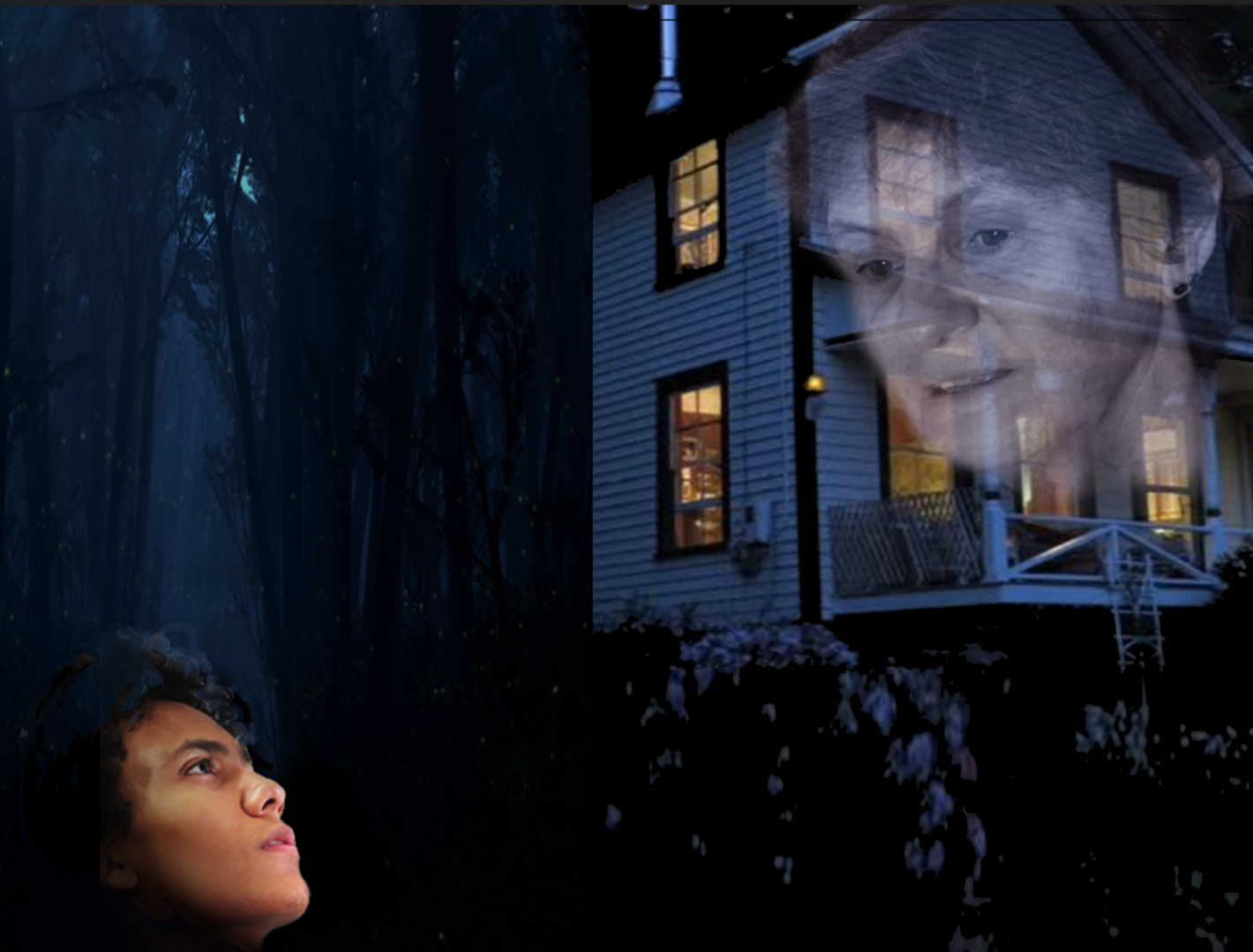 Wednesday to Saturday at 7pm; Saturday matinee at 2pm; Sunday at 4pm

The Room Sings from La MaMa on Vimeo.

A room in a country house sings of those who have lived there over a span of seventy years.  Performed with striking theatricality by OBIE award winning Talking Band using an array of genres – 40’s Noir, Chinese Ghost Tale, Chekhovian Farce/Tragedy, and a Sicilian Puppet Opera sung by beavers –  their stories intertwine and illumine each other.

The audience sees a multiple, fractured view of a place.  We see the view through the room’s windows – a side porch, a lawn, a flower garden with a rose arbor, a pond with a dock –  and the people who inhabit these settings.   As the play unfolds, one setting comes into the foreground as another recedes. The scenes move on rolling platforms so we them not only from different distances but from different angles as well, and soon we comes to realize that we are seeing the characters not only from different points of view but also at different moments in time.

The Talking Band has been making innovative and influential theater works in New York for 40 years. Collectively, the founders have earned 11 OBIE awards and numerous other honors. The company has performed at nearly all of New York City’s celebrated downtown venues, including La MaMa, PS 122, Theater for the New City, Dance Theater Workshop, The Ohio Theater, The Flea Theater and HERE Arts Center. Nearly 50 of its original productions have toured the United States and the world. Notable productions include The Golden Toad, Marcellus Shale, The Walk Across America For Mother Earth, Bitterroot, Radnevsky’s Real Magic, Painted Snake in a Painted Chair, Black Milk Quartet and The Three Lives of Lucie Cabrol.

Ellen Maddow has been working in the theatre in New York as a writer, composer, and performer for the last forty years. Born in Los Angeles, California, the daughter of a screenwriter and a modern dancer, she attended Hollywood High School and received a B.A. in theatre from Antioch College in Ohio. She was a member of the Open Theatre from 1971-1973, performing in Terminal, Mutation Show, and Nightwalk. Ellen is a founding member of the Talking Band and has performed in most of its works. Works she has written for the company include The Golden Toad (episodes 1 and 3), The Peripherals (studio album available on itunes), Panic! Euphoria!Blackout, Flip Side (published in Plays and Playwrights 2010), Delicious Rivers, Painted Snake in a Painted Chair (for which she received an Obie award), The Necklace (episodes 3 and 7), Tilt, Brown Dog is Dead, Fern and Rose, and five pieces about the avant-garde housewife, Betty Suffer: Bedroom Suite, Betty and the Blenders, Betty Blends the Blues, Dopplebetty, and Betty Suffer’s Theory of Relativity. In addition to writing music for a number of the works mentioned above, she wrote the scores for the Talking Band’s production of Marcellus Shale, Hot Lunch Apostles, Taylor Mac’s – Walk Across America for Mother Earth (published by Playscripts.), New Islands Archipelago, Radnevsky’s Real Magic, Imminence (with Peter Gordon), Belize, The Parrot, Black Milk, The Plumber’s Helper, New Cities, Star Messengers. She also composed the music for 1969 Terminal 1996 (directed by Joseph Chaikin), Jubilee and Home/Wire Walking for Risa Jarislow and Dancers. She wrote Persephone for Mettawee River Theatre Company. Ellen was a performer in Taylor Mac’s The Lily’s Revenge. She wrote music for Liz Duffy Adam’s – Buccaneers commissioned and performed by the Children’s Theatre of Minneapolis, and John Fleming’s Superhuman Happiness commissioned and performed by Yellow Springs Kids Playhouse. Ellen is the recipient of an OBIE Award, a McKnight Playwriting Fellowship, the Frederick Loewe Award in Musical Theatre, a NYFA Playwriting Fellowship. She was a participant in the NEA/TCG Theatre Residency Program for Playwrights, and received a New York Theatre.com People of the Year Award. She is an alumnus of New Dramatists, and a mediator for the New York Peace Institute, working in both the Civil and Criminal Courts of Manhattan and Brooklyn.

Paul Zimet is the Artistic Director of the Talking Band. Born and raised in New York City, he studied clarinet and voice at the High School of Music and Art, comparative literature at Columbia College, and medicine at Harvard Medical School. Music-theater works he has written and directed include The Golden Toad, (episodes 2 and 4) Marcellus Shale, New Islands Archipelago, Radnevsky’s Real Magic, Imminence, Belize, The Parrot, Star Messengers, Bitterroot, Party Time, Black Milk Quartet and New Cities. He also wrote Shadow Passports and Bone Room, and episodes 2 and 8 of the Talking Band’s serial mystery drama The Necklace. Zimet has directed over thirty productions for the Talking Band, and received a 2003 Village Voice OBIE award for his direction of Painted Snake in a Painted Chair by Ellen Maddow. In 2011, he directed Taylor Mac’s The Walk Across America for Mother Earth, which Charles Isherwood of The New York Times named one of the year’s top 10 productions. In 2010, Zimet directed The Deity, the first section of Taylor Mac’s OBIE award winning epic The Lily’s Revenge. He also received three OBIE awards for his work with the Open Theater and the Winter Project, both directed by Joseph Chaikin. Zimet has received the John C. Lippmann “New Frontier” Award and the Frederick Loewe Award in Musical Theater, a Playwrights’ Center National McKnight Fellowship, playwriting fellowships from the National Endowment for the Arts and the New York Foundation for the Arts, a New Dramatists/Children’s Theatre Playground commission, a Rockefeller/Creative Capital MAP Fund grant, a Fulbright Fellowship, and a 2008 NewYorkTheatre.Com People of the Year award. In addition to performing with Talking Band (most recently in The Peripherals and Panic! Euphoria! Blackout, both by Ellen Maddow), Zimet has performed with Mallory Catlett’s Restless NYC, Otrabanda Company, The Stratford Festival of Canada, and the New York Shakespeare Festival. Zimet has taught for many years at colleges and universities, including Princeton, Williams, NYU, and Fordham. He is Associate Professor Emeritus in Theatre at Smith College, an alumnus of New Dramatists, and a mediator for the New York Peace Institute.

“Take a holiday from our current woes, and revel in it.”

Room for the Bigger Thing:
ELLEN MADDOW and PAUL ZIMET with Lizzie Olesker

“La Mama always hosts innovative, thought-provoking theater groups, and The Talking Band is no exception.” – What Should We Do?

“As mortal beings in a transient, ever-shifting world, our efforts to find a physical or psychic home can be fraught with confusion, angst, or absurdity. The Room Sings acknowledges this truth with Zen-like clarity but embraces it with childlike joy, celebrating the places we love and the meanings we give them. Our lives, like our surroundings, can reveal boundless wisdom, if we sit quietly and let them sing.” – Emily Cordes, Theatre Is Easy