Reading: No Matter How Hard We Tried 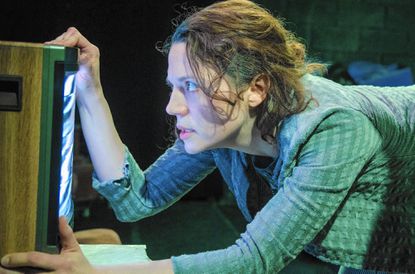 No Matter How Hard We Tried is literary phenomenon Dorota Masłowska’s hilarious and devastating portrait of a schizophrenic post-communist Polish society divided against itself, buried under the weight of history, and torn between national pride and shame. With wildly inventive language and razor-sharp humor the play captures Poland’s contemporary moment bringing together nouveau-riche media celebrities, the abject poor, phony artists, and disaffected youth all struggling to stay afloat in a toxic stew of commercialism, intergenerational confusion, Catholic nationalism, and idealized visions of Poland’s tragic past.

(A)pollonia—A Festival of Readings of New Polish Plays in the post-communist period. Collectively the plays engage the founding myths for Polish identity, historical accounts that need to be settled, the bitterness of unacknowledged heartbreak, and social justice set in new contexts of shifting cultural and political history. The festival brings together cutting edge directors, actors, and Polish playwrights and scholars in 5 days of readings, discussions, and talkbacks about Polish theatre in the new millennium.

The festival marks the publication of two new anthologies of Polish plays that have rocked both the Polish theatre scene and international stages: Loose Screws edited by Dominika Laster and (A)pollonia edited by Joanna Klass, Krystyna Duniec and Joanna Krakowska both published by Seagull Books. The anthologies are part of the series “In Performance” edited by Carol Martin, Professor of Drama at NYU.

See http://www.nytw.org/apollonia.asp for details and to RSVP.