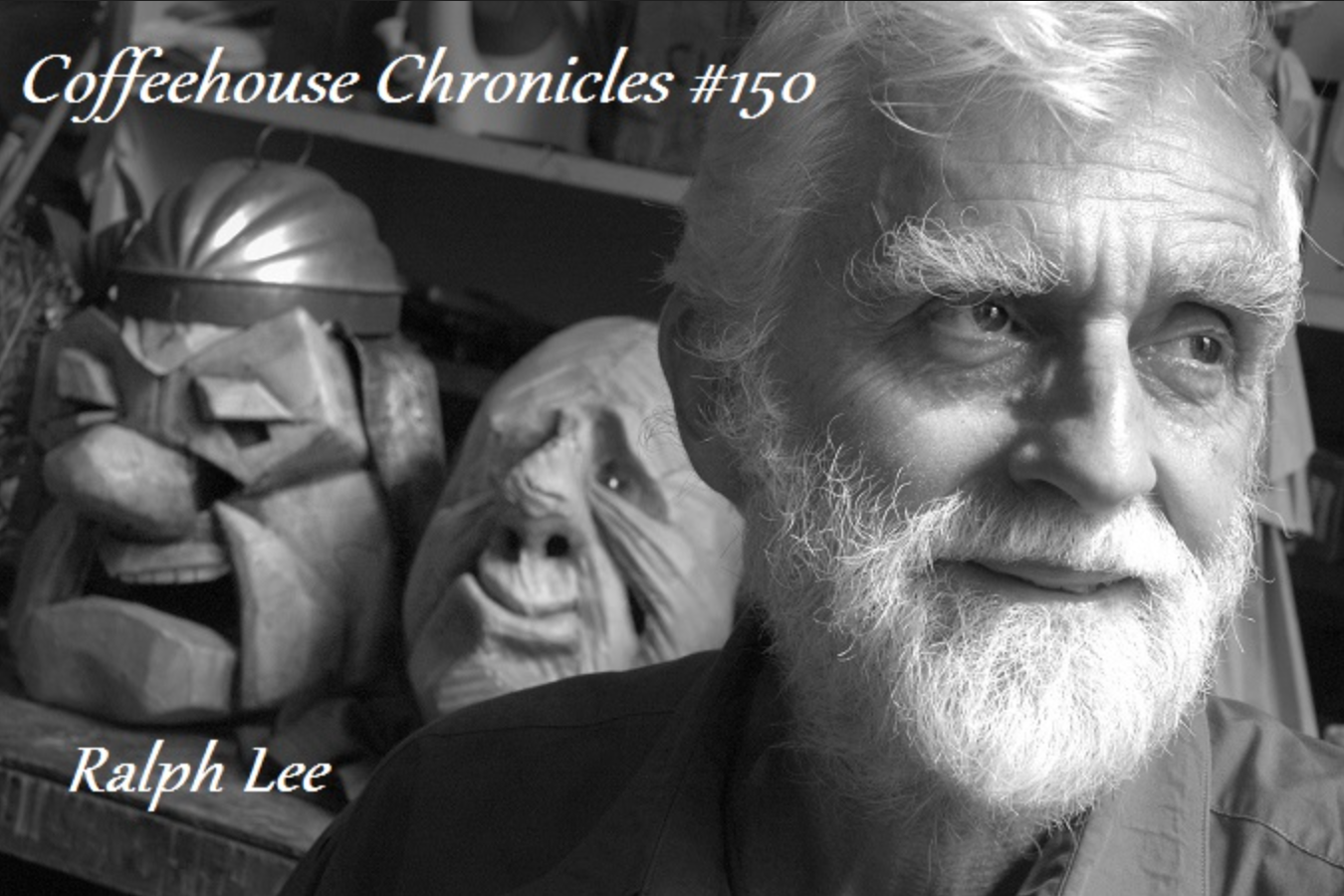 MORE TO BE ANNOUNCED

Ralph Lee is a theatre designer, director, actor and puppeteer. He is Artistic Director of the Mettawee River Theatre Company, which, for over forty years, has annually produced original theatre works incorporating masks and puppetry, live music and text, drawn primarily from myths and folk stories of the world’s many cultures. The plays are presented primarily in rural communities in upstate New York and New England. His chief artistic collaborator in this enterprise is his wife, Casey Compton. Mr. Lee has created masks, puppets and props for theatre and dance far and wide, including the Living Theatre, the Metropolitan Opera, Erick Hawkins Dance Company, Shari Lewis and Saturday Night Live (he created the Land Shark). He was a member of the Open Theatre, Joseph Chaikin Director, for five years. In 1974 Ralph Lee co-founded the Greenwich Village Halloween Parade with Theater for the New City; he directed the Parade for its first 12 years. He has been an artist-in-residence at the Cathedral of St. John the Divine since 1985. He was instrumental in the creation of the Mayan theatre company, Sna J’tz Ibajom, in Chiapas, Mexico, and worked there annually from 1989 – 2000. He has been on the faculty of NYU since 1987 and was the Jim Henson Artist-in-Residence at UMD in 2007-08. Awards and fellowships include a Fulbright, two Obie Awards, a DTW Bessie Award, two American Theatre Wing Design Awards, a New York State Governor’s Arts Award and a Guggenheim Fellowship.

In 1975, Casey Compton joined forces with five fellow graduates of Bennington College to form the Mettawee River Theatre Company in order to bring theatre to the rural communities of upstate New York and New England. Since 1976 she has collaborated with Mettawee’s Artistic Director Ralph Lee to transform folk-tales, mythology and traditional stories from all over the world into theatre. Casey’s work for the company has taken many forms: she has designed and built costumes for all Mettawee productions; she acted in Mettawee shows from 1975 – 85; since 1979 she has been Managing Director. In addition, Casey has worked with Ralph to produce numerous parades and celebrations, from the first Greenwich Village Halloween Parade in 1974 to assorted extravaganzas all over New York City.

Bob Holman has acted at La MaMa with the Creation Company and Yara Arts, where he created the title role of Captain John Smith Goes to Ukraine. His solo show, Panic*DJ!, had a run at the Club, and for several years he produced and directed Poets Theater Festivals here in conjunction with the St Marks Poetry Project. He is the founder of the Bowery Poetry Club and co-founded the Endangered Language Alliance, has taught at Columbia, NYU, Princeton and others, and has published numerous books/videos/CDs. His documentaries include Language Matters (currently streaming on PBS), The United States of Poetry, Words In Your Face, and MTV Spoken Word Unplugged. He has worked with Ralph and Casey and the Mettawee River Company since the mid-70s.

Neal Kirkwood, pianist, composer and educator, lives and works in New York City. He has composed for jazz and contemporary music chamber ensembles, as well as solo voice, chorus and orchestra. He has written over 200 works for various ensembles, and received notable commissions, including the New York State Council for the Arts Commission. As a jazz pianist, Neal Kirkwood performs, tours and records with many artists. He has played with alto saxophonist Pony Poindexter, drummer Mike Clark and vocalists Bobby McFerrin, Chris Connor, and Abby Lincoln. More recently, Kirkwood has been performing with Art Spiegelman, graphic artist, in Wordless, touring Brazil, London and Paris, and the USA. As bandleader, Neal Kirkwood’s recordings include The Neal Kirkwood Octet, The Chromatic Persuaders and Extrospection, on Timescraper, and a solo piano CD, Time’s Circle, produced by Present Eye Music. A new trio recording, featuring all original Kirkwood compositions, is currently being prepared for release in 2018. He currently leads a 17-piece jazz band, called The Neal Kirkwood Big Band, featuring the stupendous talents of NYC’s most stellar jazz musicians. Mr. Kirkwood has composed music for, and performed with, many of New York City’s creative and experimental theater ensembles, including puppet/mask-maker Ralph Lee’s touring company, play-write Jim Neu, directors Anne Bogart and Joseph Chaiken. Recently premiered, in 2016, was Kirkwood’s song cycle “Mexico City Blues” including the suite “The Art of Kindness,” based on poetry by American poet Jack Kerouac, and composed for 16-voice chorus with jazz orchestra. Mr. Kirkwood has a MA in composition from Mannes College of Music in New York City, where he studied primarily with composer Charles Jones. He is currently on the faculties of Kutztown University in Pennsylvania and Third Street Music School in New York City.

Ellen Maddow is a founding member of the Talking Band. she will perform in and compose music for its newest work, CITY OF NO ILLUSIONS, BY Paul Zimet at The Downstairs, February 8-24.  Recent plays written and composed include, FUSIFORM GYRUS – A SEPTET FOR TWO SCIENTISTS AND FIVE HORNS, FAT SKIRT BIG NOZZLE (with Louise Smith), BURNISHED BY GRIEF, THE GOLDEN TOAD ( with Paul Zimet),  She recently performed in Clare Barron’s Dance Nation at Playwrights Horizons. She was a member of the Open Theatre, and is an alumnus of New Dramatists. She has been a giant fan of Ralph’s since 1973.

Tom Marion first worked with Ralph in the summer of 1987 in The Wildman, and went on to perform in twelve more productions including fifteen Christmases at the Bronx Botanical Gardens with The Little Engine That Could, and countless parades and events.  Tom is currently an Associate Professor of Theatre at York College CUNY, a Dedicated Linklater Instructor, and holds an MFA in Acting from Rutgers with Bill Esper.

Kristine Haruna Lee is a theater maker whose work navigates non-linear playwriting and the construction of visually rich performance landscapes with her company harunalee, hailed by the New York Times as “So full of impulses and splendid, fractious energy”. Recent plays with harunalee include Memory Retrograde (The Public’s Under The Radar Festival) to the left of the pantry and under the sugar shack (La MaMa Club) and War  Lesbian (Dixon Place TONY LGBT Critic’s Pick). Her play Suicide Forest directed by Aya Ogawa will premiere at the Bushwick Starr in February. Since 2008, she has been proudly performing with the Mettawee River Theater Company, and most recently co-wrote their shows Before the Sun and Moon and The Ring Doves. She’s a recipient of the MAP Fund Award, the Lotos Foundation Prize for Directing, New Dramatists Van Lier Fellowship, and has been a member of Interstate 73, The Public’s Devised Theater Working Group, Ars Nova Maker’s Lab, and BAX AIR. She is an affiliated artist with New Georges and currently in the Soho Rep Writer/Director Lab. MFA Brooklyn College for Playwriting with Mac Wellman and Erin Courtney, BFA NYU Tisch Experimental Theater Wing.