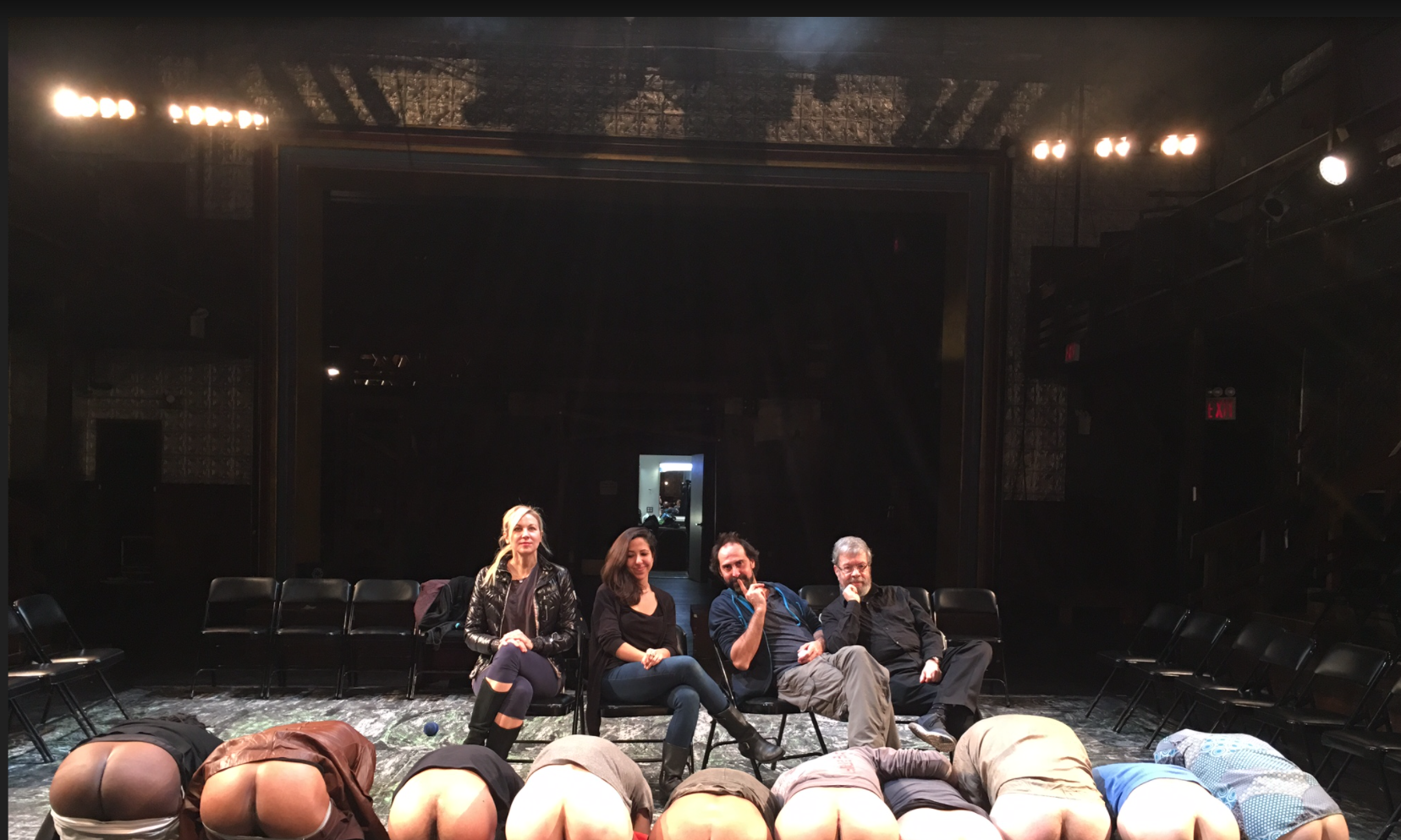 Thursday to Saturday at 7pm; Sunday at 4pm

Pasolini’s PYLADE, a contemporary reinterpretation of the relationship between Pylades and Orestes from Greek mythology and the ORESTEIA, is a poetic, tragic meditation on democracy, consumerism, and the struggle for real social change. The rhythm and emotion of Pasolini’s text, translated into English by Adam Paolozza and Coleen MacPherson, is heightened by the music and movement incorporated into this production by Buljan and GJRC, to create a total theatre of movement, text, spectacle and music.

PLEASE NOTE: this is a very physical performance and while there is no audience participation, the audience is very close to the action.

Formerly under the direction of La MaMa’s late founder, Ellen Stewart, GREAT JONES REPERTORY COMPANY is an OBIE-winning company known for their experimental productions of Greek tragedy that employ classical elements, unique visual, design and performance styles, world music, and movement. Started in 1972 by Ellen Stewart, Andrei Serban, and Elizabeth Swados, GJRC is an intergenerational, racially and ethnically diverse ensemble of artists, actors, designers, and musicians whose landmark works remain a significant part of La MaMa’s history, most notably, FRAGMENTS OF A GREEK TRILOGY (1972), which ushered in a new movement in American ensemble theatre and was noted as one of the most brilliant works of its time. Great Jones Repertory Company’s numerous New York productions and international tours include MEDEA, ANTIGONE , SEVEN AGAINST THEBES, ELECTRA, MYTHOS OEDIPUS, and DIONYSUS: FILIUS DEI, ANGELS OF SWEDENBORG,  and FRAGMENTS OF A GREEK TRILOGY.

La MaMa gratefully acknowledges  Ford Foundation, Howard Gilman Foundation and The Andrew W. Mellon Foundation for their generous support as well as public support for Pyladefrom The New York City Department of Cultural Affairs in partnership with the City Council, with special thanks to City Council Speaker, Melissa Mark-Viverito; New York State Council on the Arts with the support of Governor Andrew Cuomo and the New York State Legislature; and National Endowment for the Arts.

“The Best Play of the New York Season.  Woe unto you if you have not seen it. Seeing it once is not even a true option.  You have to return to it again in order to fully extoll its hard-core politico-sensationalism.”

“Pylade is a one of a kind production, that shines because of its fearlessness and commitment…director Ivica Buljan, delivers the kind of work that you know will haunt each person who saw it.”

“under Ivica Buljan’s fine direction and the company’s terrific performances—especially that of Marko Mandić in the lead role—it also makes for an intense and entertaining (if difficult to digest at times) evening of theater.”

“This production achieves this mixture of sacrilegious and transcendence through an alchemy of sound, movement, and acting…Marko Mandic is one of the bravest actors in the city.”

“The clarity of the Greeks, the raw intellectuals of Pasolini, and the boldness of La MaMa make up for an invaluable spectacle in New York City.”

“Pylade is the tragedy of the hubris of the liberal elite and the nihilism of the disenfranchised — a tragedy our world is presently living through again as people across the globe increasingly turn to extremist ideology….we feel the full brunt of this tale of cyclical cataclysmic confrontation.”

Follow all of the action behind the scenes on the La MaMa Storify page!

Relive the post-show talk back about the legacy of Pasolini HERE!

Find out more about Pasolini on the La MaMa Blog!