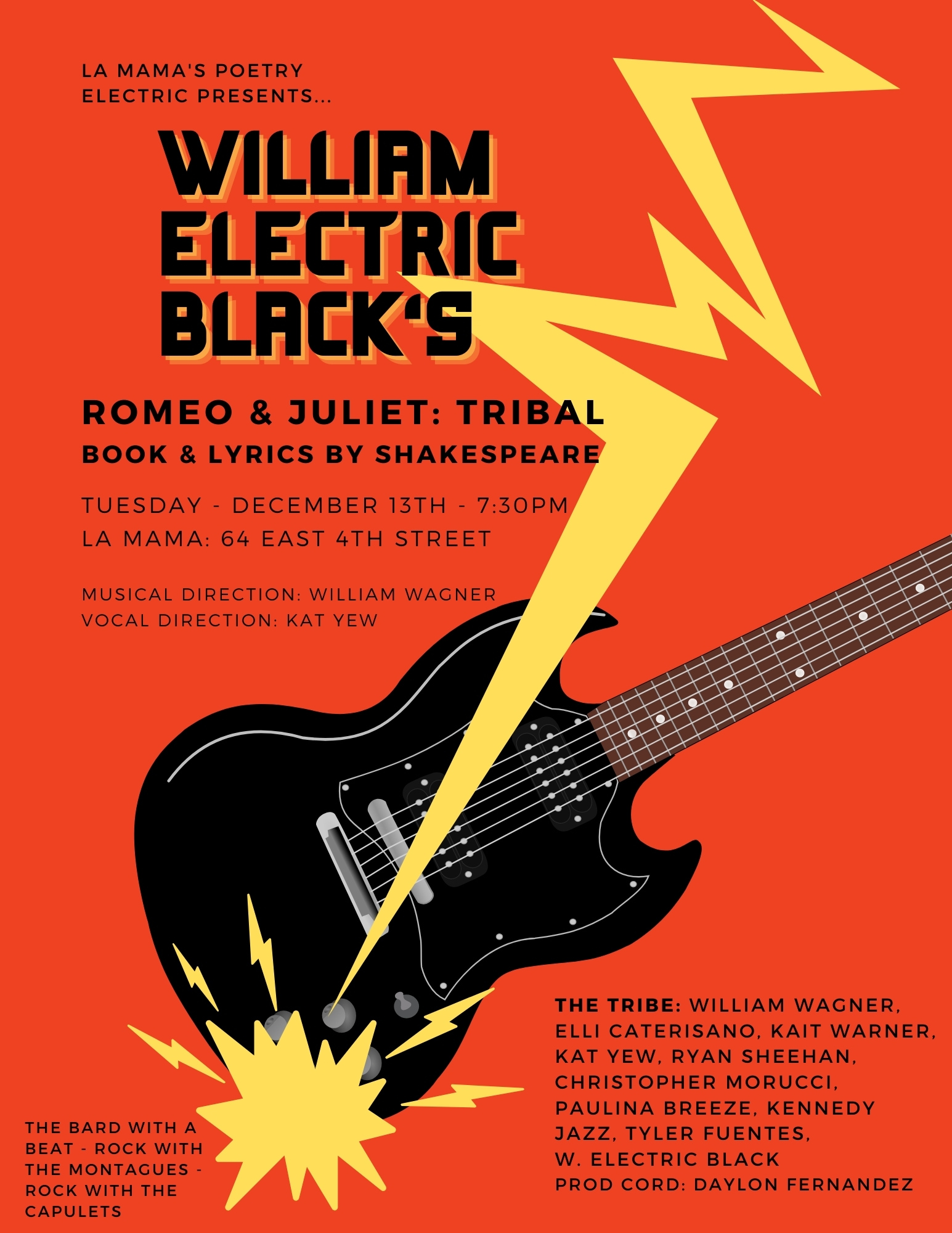 In 2021, Ian wrote, directed, and produced 7 animated shorts - “Food Thoughts”, for WTTW - Chicago. In 2021, Ian was also executive producer on a children’s TV pilot, Dr. Greg’s SuperChefs Cookery - “Fish On Ice". It was produced and shot in Vancouver, BC. Presently, he is head writer and executive producer on FarView Entertainment’s “Dragon Clouds”. He also developed a pitch deck for Pinna.FM - “Quentin & Alfie’s ABC Adventures”.

He wrote, directed, and produced animated and live action films featuring hip hop artists Doug E. Fresh, Chuck D, and Artie Green (Hip Hop Public Health). Ian launched his Gunplays Series at Theater For The New City with "Welcome Home Sonny T” (www.Gunplays.org). “The Faculty Room” - one of the Gunplays, was released December 5th, 2021, as an audio drama. He is author of a series of Pre-K, early reader books re: gun violence awareness and prevention - A GUN IS NOT FUN.

William Charles Wagner is a professional bassist, pianist, composer and educator based in Brooklyn, NY. He received his undergraduate and graduate degrees in Jazz Studies from the University of Cincinnati College-Conservatory of Music. He has performed with Jason Rebello (Sting), John Von Ohlen (Stan Kenton), Josiah Wolf (Why?), Art Gore (George Benson), Philip Paul (King Records), Fareed Haque, Bill Cunliffe, and J.D. Allen, to name a few. He has composed dozens of works from big band charts to string quartet arrangements and has received a Downbeat Award for Composition. @william.charles.wagner

Kat Yew (piano, vocal coach): Kat is very excited to be apart of Romeo & Juliet: Tribal. She is a member of The Great Jones Rep at La MaMa Experimental Theatre Club. Upcoming projects include directing and composing for Clay by Erik Ehn at La MaMa this December. She is thrilled to be teaming up with William Electric Black once again and would like to thank the talented and dedicated cast and crew of Romeo & Juliet: Tribal.

Kait Warner is a writer and performer based in New York City. She is the writer of Take it Away, Cheryl, a tragicomic trip through a Central Pennsylvanian carnival kissing booth, where men stop coming for kisses and start coming to tell her about some pretty heavy problems. Take it Away, Cheryl debuted at the 2022 Edinburgh Fringe Festival, where it was critically celebrated: “First-rate hilarity… A pocket-sized wonder.” “A hell of a ride, and well worth taking.” Since graduating from the Experimental Theatre Wing at NYU, she has performed with Heather Christian in the live recordings of Animal Wisdom and with Andrew Schneider at the Public. She has Assistant Directed Off-Broadway, including at Signature Theatre on Domenica Feraud's Rinse, Repeat, which earned a New York Times Critics’ Pick.

Ryan Sheehan is an actor/musician originally from Cape Cod, MA. Ryan established himself within the Cape Cod theater community and was named one of Cape Cod Times' favorite actors in 2019. In NYC Ryan has worked on a number of original works, most recently the world premiere of Messy Millie at 92NY's Theater for Young Audiences. You can see him later this month in TYA's production of You're a Good Man, Charlie Brown. Thanks, as always, to his family. www.RyanSheehanActing.com

Elli Caterisano is an actor/singer/drummer/producer with a strong passion for theatre for social justice. Elli earned a BA in Theatre and BA in Music from Furman University; and an MFA in Acting from the University of Montana. While in graduate school she apprenticed with Leah Joki’s No Joke Theatre Company at the maximum security prison in LA County, where she was part of a teaching ensemble which taught acting and writing classes to inmates there. In June 2021, Elli received a grant to fund an incarcerated theatre project at the Warm Springs Pre Release Center in Deer Lodge, Montana. Elli’s motto is this: “I don’t want to be a voice for the voiceless; I want to pass the mic.”

Christopher Morucci (he/they) is a Brooklyn based and Montana repping Actor, Musician, Dancer, Writer, and Producer. You can listen to their original music by typing “Christopher Morucci” into any streaming service. Christopher has performed in, directed, and choreographed work Off Broadway, Regionally, and Internationally. Christopher currently produces and performs with Duty Free Live! at the Caveat, DISCOunt at Club Cumming, the indie sketch team Sponsored By:, Comedy Burlesque, BoogieManja’s Pointless Appliance, Rushi and Rucci, and the musical comedy duo Super Casual whose music videos have been featured at All The Laughs Comedy Awards “Best Original Comedy Song” and The Great Canadian Sketch Comedy Festival. Website: www.christophermorucci.com Instagram: @christophermorucci

Paulina Breeze is thrilled to be a part of this show! She has been cast in other productions such as: Betty in “Betty and The Belrays”, Ellen in “Comfort Women”, and Catherine Flanagan in “Accidentally On Purpose”. As well as theater, she also does stand up comedy and has performed at Comic Strip Live and St. Marks Comedy Club! She would like to thank her family and friends for their endless love and support!

Kennedy Jazz left her home state of Florida at the tender age of 18 to move and start her NYC Acting career in 2016. She attended and got her degree at the New York Conservatory of Dramatic Arts and throughout the years has appeared in several music videos short films and has been seen on Doctor Oz Hit show segments. She has worked on numerous production sets for NBC and CBS and Project Runway. Her theatre debut was a 3-week Production by director Eletric called Betty and the Bel-rays playing the role of Gladys. Kenned Jazz's dreams are to become the best Broadway Star NYC has ever seen. Remember my name, you’ll see it in bright lights one day! Enjoy the show.

Tyler Fuentes born and raised in NY has been part of the NewYork City theater scene for the past 6 years. He’s performed in off Broadway Children Shows as well as cabarets and other musical productions in the tristate area. This is his first production with Electric Black and is very excited to be part of the Team! As much as he loves to act, sing and dance, you will also find him spending his time playing piano, crocheting, and bartending. Tyler would like to thank his family and all his friends in NYC who have always been by his side supporting his goals.