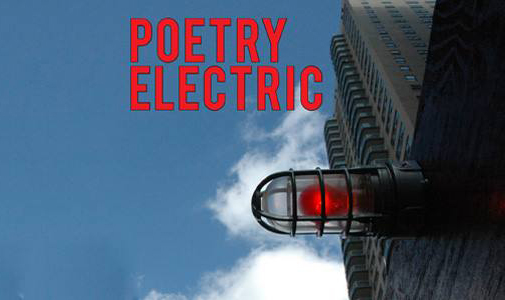 A Celebration Presentation of the New CoViVid Issue of LiVE MAG!

A Journal of Art and Poetry. ’Tis the season to BUSTOUT!

We are takin’ it to the next level! Join us in Bustoutville with an Allstar cast of downhome, unlikely, surefire originals and genuine heroes.

‍Jose Padua was born in Washington, DC and is a veteran of New York’s spoken word literary scene. His first book. A Short History of Monsters, was chosen by Billy Collins as the winner of the 2019 Miller Williams Poetry Prize and is out from the University of Arkansas Press. After spending the past ten years with his wife (the poet Heather L. Davis) and children in Virginia’s Shenandoah Valley, he and his family are back in his hometown, Washington DC. His poetry and essays appear regularly at Vox Populi (voxpopulisphere.com) and he writes the blog Shenandoah Breakdown  (shenandoahbreakdown.wordpress.com/).

‍Jillian Stevens is a New York City native, lover of language, color, nature, and sound; allowing her surroundings to guide her pen. Trained extensively as a dancer; she was raised on ‘the beat.’ Through her work, she seeks to draw awareness to the interrelatedness between all beings, irregardless of their physical appearance, gender, economic status, ethnic background, upbringing and storyline. She plans to publish her current poetry collection within this next year.

‍J‍effrey Cyphers Wright is a publisher, critic, eco-activist, impresario, and artist, best known as a New Romantic, Surrealist poet. He is author of 17 books of verse, including Blue Lyre from Dos Madres Press and Party Everywhere from Xanadu. Currently he publishes Live Mag!, a journal of art and poetry. He recently produced a film highlighting his puppet shows called “Pandemic Puppet Jam,” on Youtube.https://www.youtube.com/watch?v=y2p125jYTcwwww.jeffreycypherswright.com. www.livemag.org

Brooklyn based Carl E. Hazlewood, born Guyana, BFA with honors, from Pratt, and MA from Hunter College, CUNY. A curator and writer, he co-founded Aljira, a Center for Contemporary Art in Newark, NJ (1983-2018). Recent honors include Fellowships and residencies from The Brown Foundation Fellows Program at the Dora Maar House, (administered by MFAH-The Museum of Fine Arts, Houston), Ménerbes, France, Summer & Winter 2018, The Bogliasco Foundation (Fellow) Liguria Study Center for the Arts & Humanities, Village of Bogliasco, Italy, Fall 2018; NARS Foundation, the Virginia Center for the Creative Arts, Headlands Center for the Arts, Yaddo, Vermont Studio Center, and the MacDowell Colony, and currently at ART CAKE in Brooklyn. A 2017 ‘Tree of Life’ award grantee, his fifty-two feet painting installation, ‘TRAVELER’, was commissioned by the Knockdown Center, Maspeth, Queens, in 2017. Hazlewood’s work has been seen in the EA/B, NADA, PRIZM, Volta, and Scope Art Fairs. BOMB Magazine, Hyperallergic, and the NY Times are among publications that have written about the artist. Represented by the June Kelly Gallery, NYC.

‍CA Conrad has been working with the ancient technologies of poetry and ritual since 1975. They are the author of Amanda Paradise (Wave Books, 2021). Other titles include The Book of Frank, While Standing in Line for Death, and Ecodeviance. They received a Creative Capital grant, a Pew Fellowship, a Lambda Literary Award, and a Believer Magazine Book Award. They teach at Columbia University in New York City and Sandberg Art Institute in Amsterdam. Visit their websitehttp://bit.ly/88SomaticPoetryRituals

‍Penny Arcade aka Susana Ventura is an internationally respected poet,writer,performance and theater maker. Her text based work investigates the outsider in society and the boundaries between theatre and performance. She has contributed to new art forms every decade for 50 years and occupies a unique position in the American avant-garde. www.pennyarcade.tv / Twitter: PennyArcadeNYC  / Facebook: PennyArcadeSuperstar / Instagram: Penny Arcade Forever