Phantasmagoria; or, Let Us Seek Death!

Thursday to Saturday at 7PM; Sunday at 4PM

Phantasmagoria; or, Let Us Seek Death! from La MaMa on Vimeo.

A rainy night in a Genevan castle. Debauched poetry and too much wine. A teenage girl writes a spooky story. On the 200th anniversary of Mary Shelley’s creation, Frankenstein; or the Modern Prometheus, Phantasmagoria assembles a swirl of puppetry, biography, and storytelling into a market of ghosts…The dead walk among us. 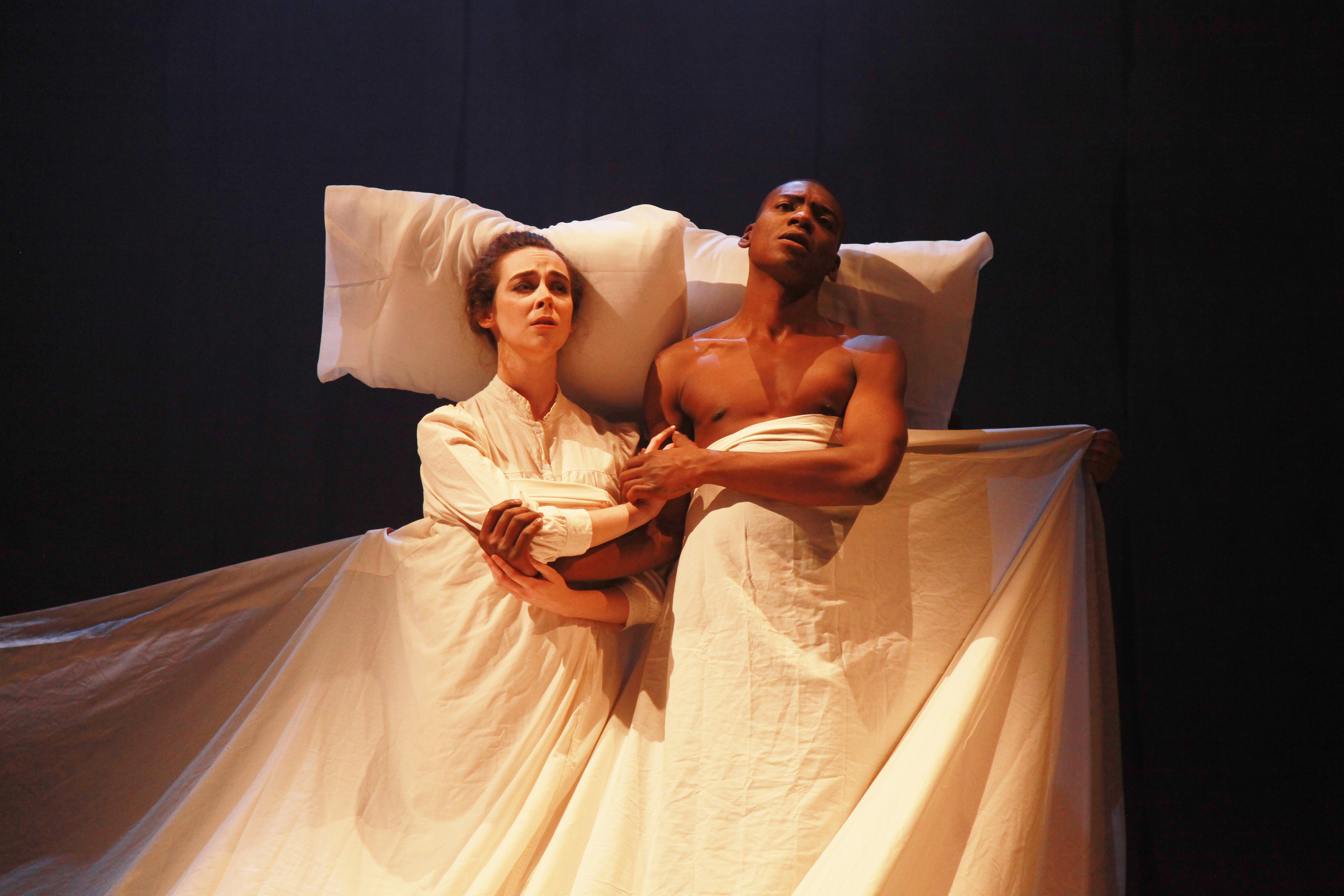 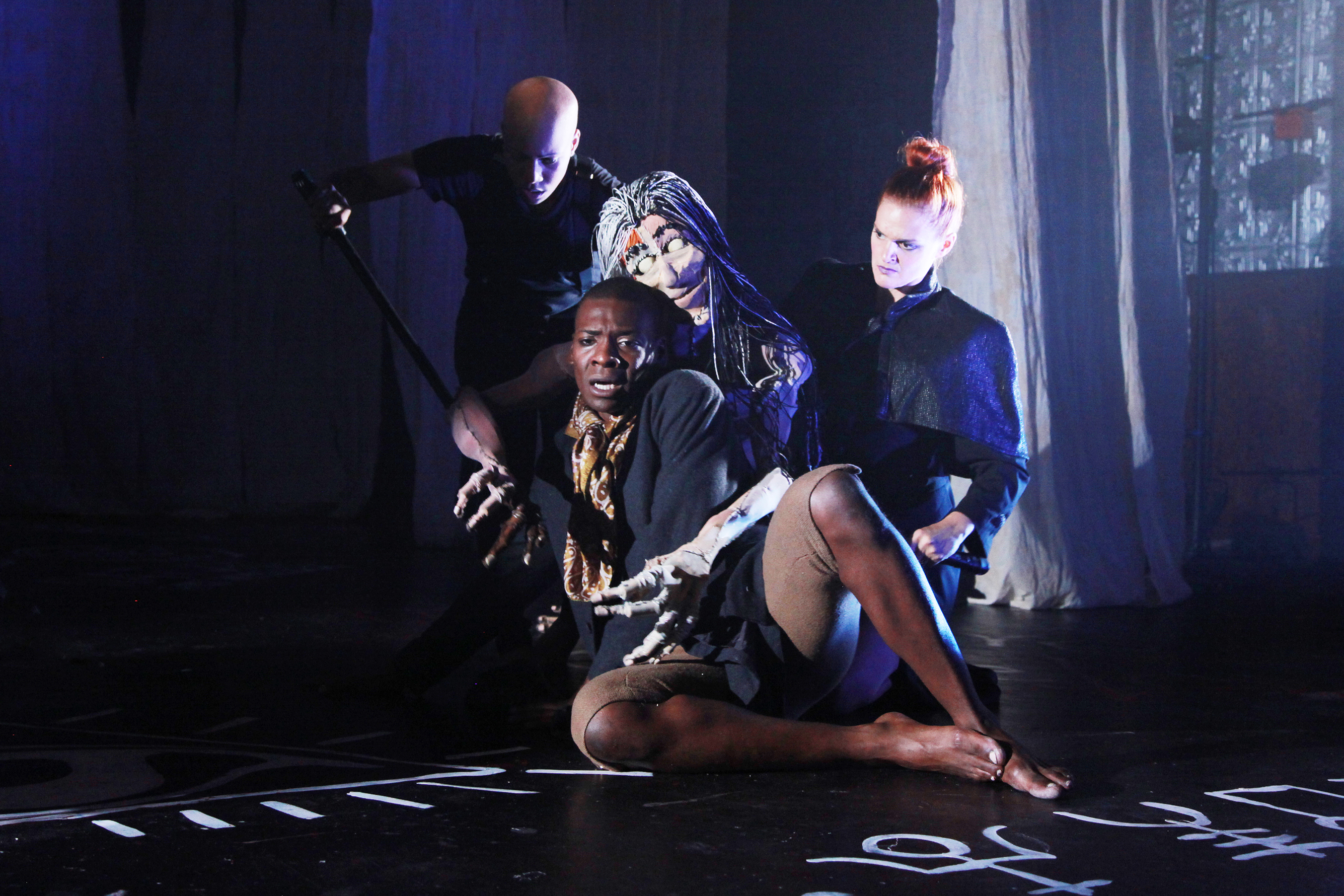 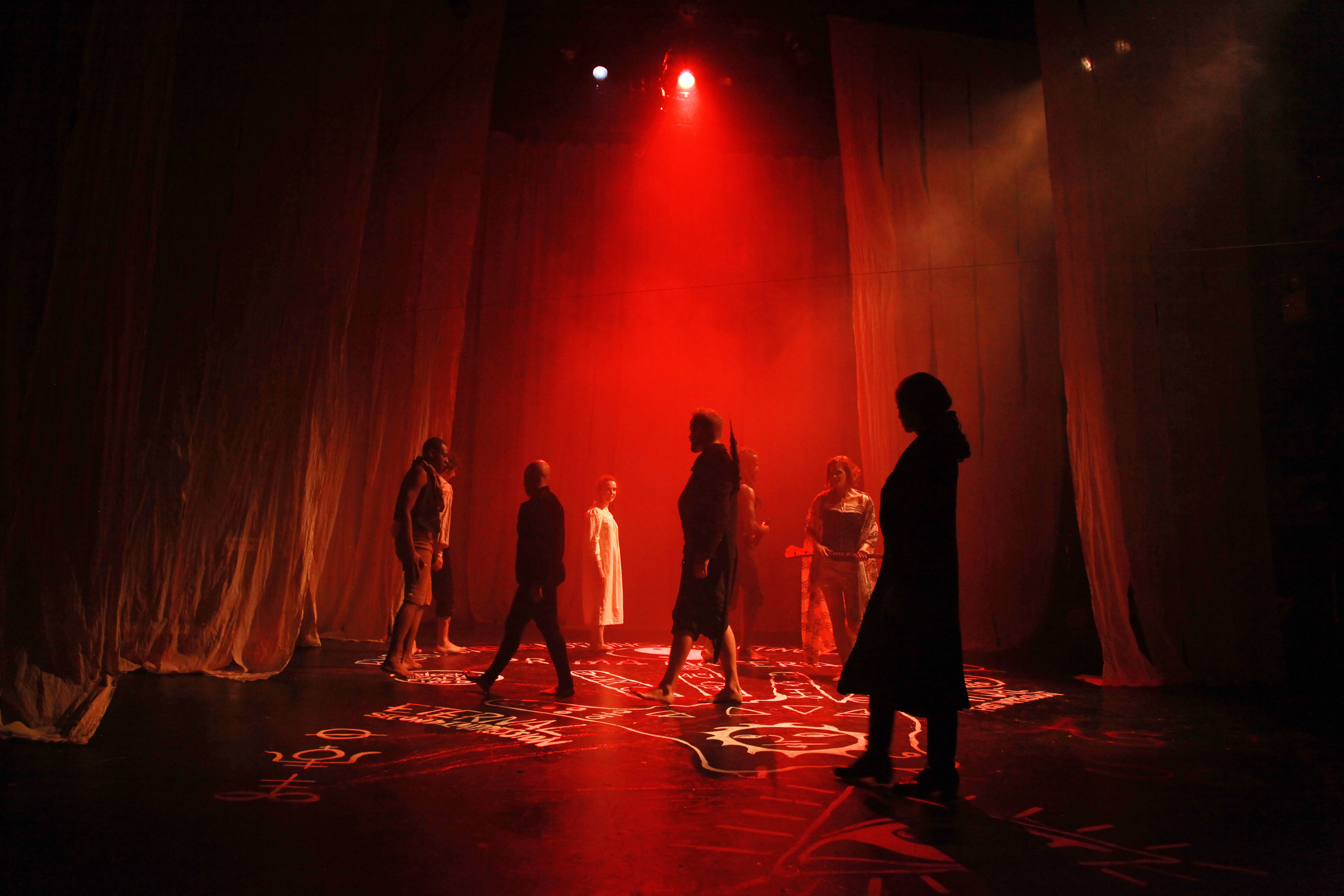 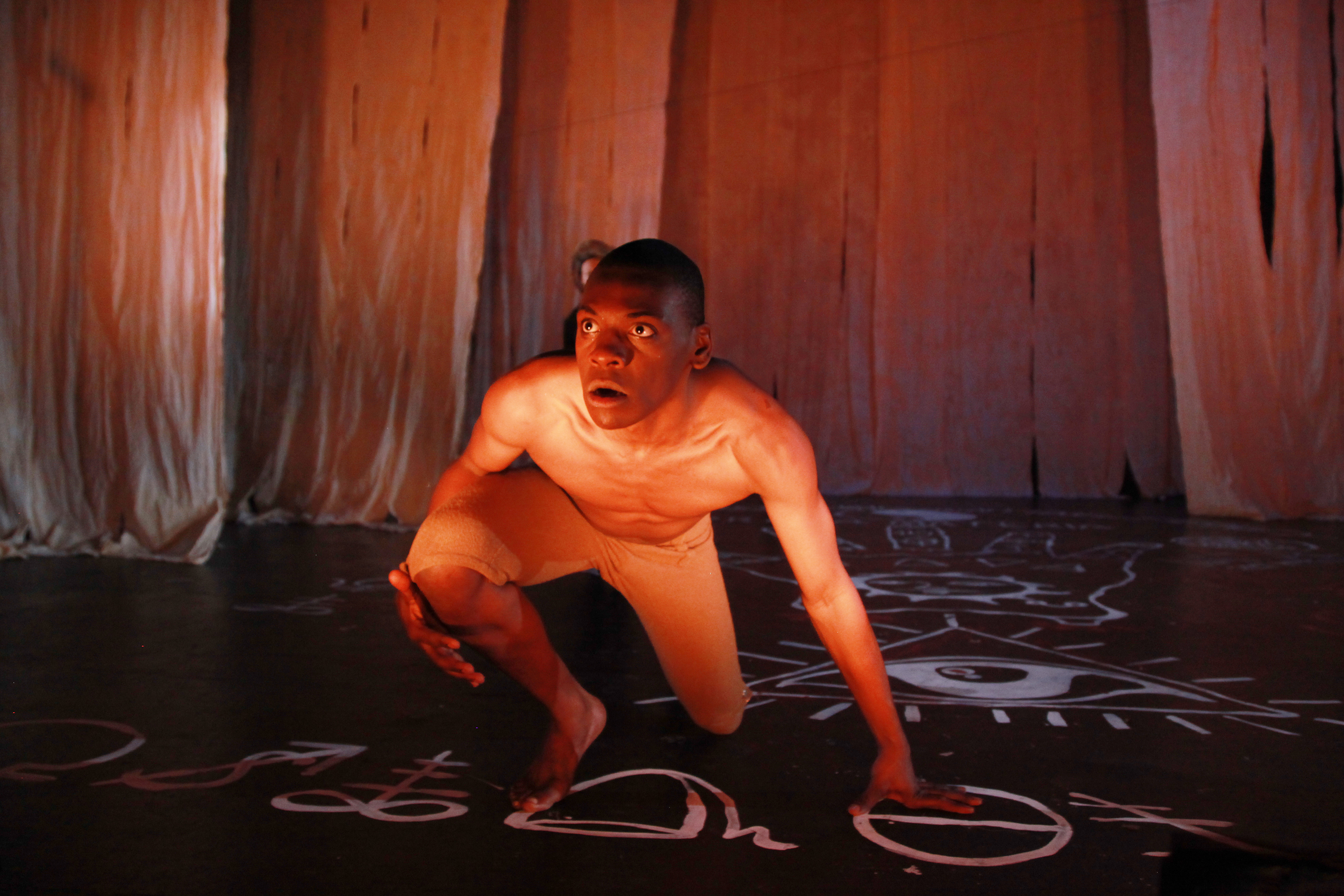 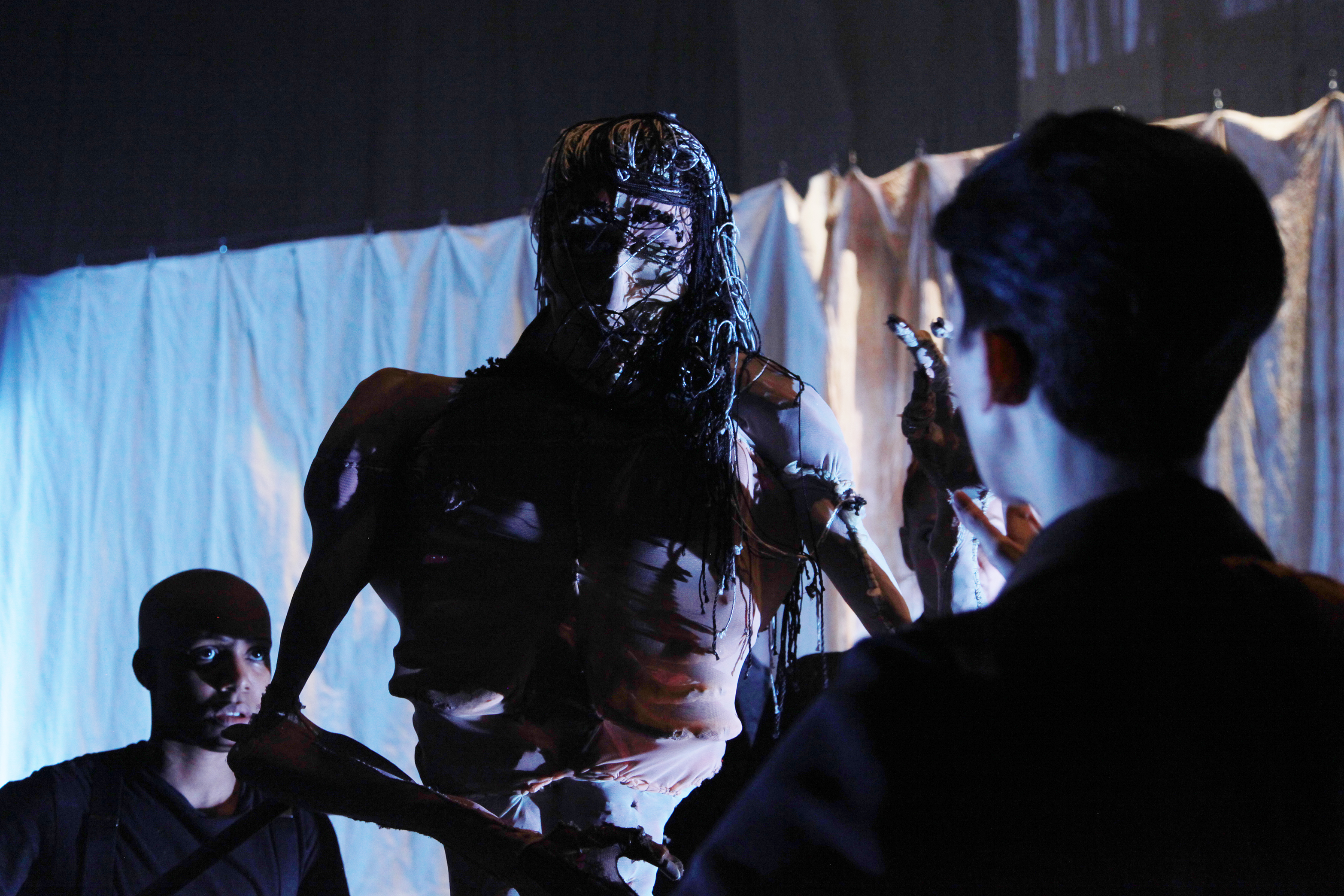 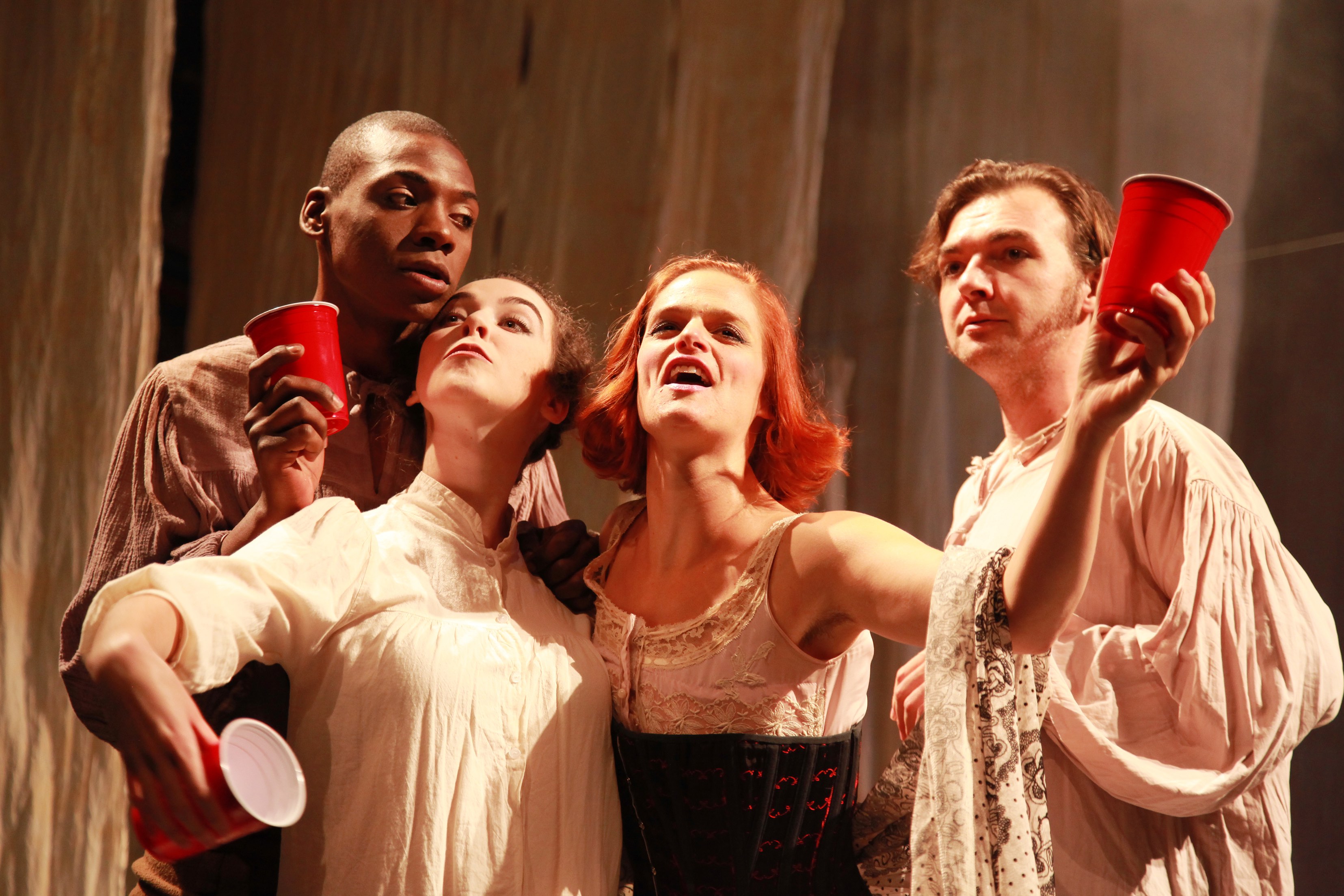 Randolph Curtis Rand is an OBIE Award winning theatre artist, whose work encompasses Choreography, Design, Directing, Performing, and Teaching. In New york, he has worked with artists and companies such as Joseph Chaikin, Elevator Repair Service, Meredith Monk, The Public Theater, The Talking Band, Target Margin, and The Wooster Group. Regionally, and internationally, he has worked with Actors Theatre of Louisville, Cleveland Public Theatre, Richard Foreman, Jacob’s Pillow, On the Boards, Orlando Shakespeare Theatre, and Pig Iron Theatre. He has taught at Naropa University, NYU/Tisch School of the Arts, UNC, The University of Kentucky, and The University of Tennessee. AEA

Chana Porter (playwright) is a writer and teacher living in Brooklyn. Her plays and performance pieces have been developed and produced at Cloud City, 3-Legged Dog, Rattlestick Playwrights Theater, Cherry Lane, The Invisible Dog, Primary Stages, Movement Research, PS122, Dixon Place, and The White Bear in London. She is currently writing a series of science fiction novels, POST HUMAN CLASSICS and is the co-founder of the Octavia Project, a free summer program for Brooklyn teenage girls. Up next: Leap And The Net Will Appear, directed by Tara Ahmadinejad at Playwrights Horizons New Works Lab, Dec. 2016.

Phantasmagoria on “Your Weekend Starts Now” shows entertaining picks for great things to do this Halloween weekend all around the city.

Three house of horror: Do, if you dare by Scott Stiffler

Interview: Chana Porter
by Paul Hansen
The playwright discusses her new play ‘Phantasmagoria’ based on the Frankenstein legend.

‘PHANTASMAGORIA’ to Premiere at La MaMa This Fall

“Just in time for Halloween, La MaMa’s Phantasmagoria takes Mary Shelley’s classic Frankenstein story and spins it on its head…BOTTOM LINE: This one-of-a-kind production offers insight into the life of Mary Shelley while also giving a spooky rendition of her Frankenstein tale.” ~ Adrienne Urbanski, Theatre Is Easy

“Our Mother of Science Fiction: Monsters, Magic, and Mary Shelley”

MARIA DAHVANA HEADLEY is a New York Times-Bestselling author and editor, playwright and screenwriter, most recently of the young adult fantasy novel MAGONIA (HarperCollins), the dark fantasy/alt-history novel QUEEN OF KINGS (Dutton), and the internationally bestselling memoir THE YEAR OF YES (Hyperion). With Neil Gaiman, she is the #1 New York Times-bestselling editor of the anthology UNNATURAL CREATURES (HarperChildrens), benefitting 826DC.  With Kat Howard, she is the author of the novella THE END OF THE SENTENCE (Subterranean Press) –  one of NPR’s Best Books of 2014.

LEAH SCHNELBACH is a staff writer for Tor.com and the Fiction Editor of No Tokens journal. Her story, “Bracelet,“ received an Honorable Mention in Lumina’s 2013 Fiction Contest, judged by George Saunders. She was also chosen as an alternate for a Playa Fellowship in 2012. Her fiction has been published in Lumina and Anamesa, and her criticism has appeared on Electric Literature.

SADE MURPHY is a poet and artist from Houston, TX living in Bed-Stuy. Sade is the author of Dream Machine (co-im-press, 2014) and self portrait (Birds of Lace, forthcoming). They are an MFA candidate at the Pratt Institute in Brooklyn.