Petronio Punk Picks and Other Delights 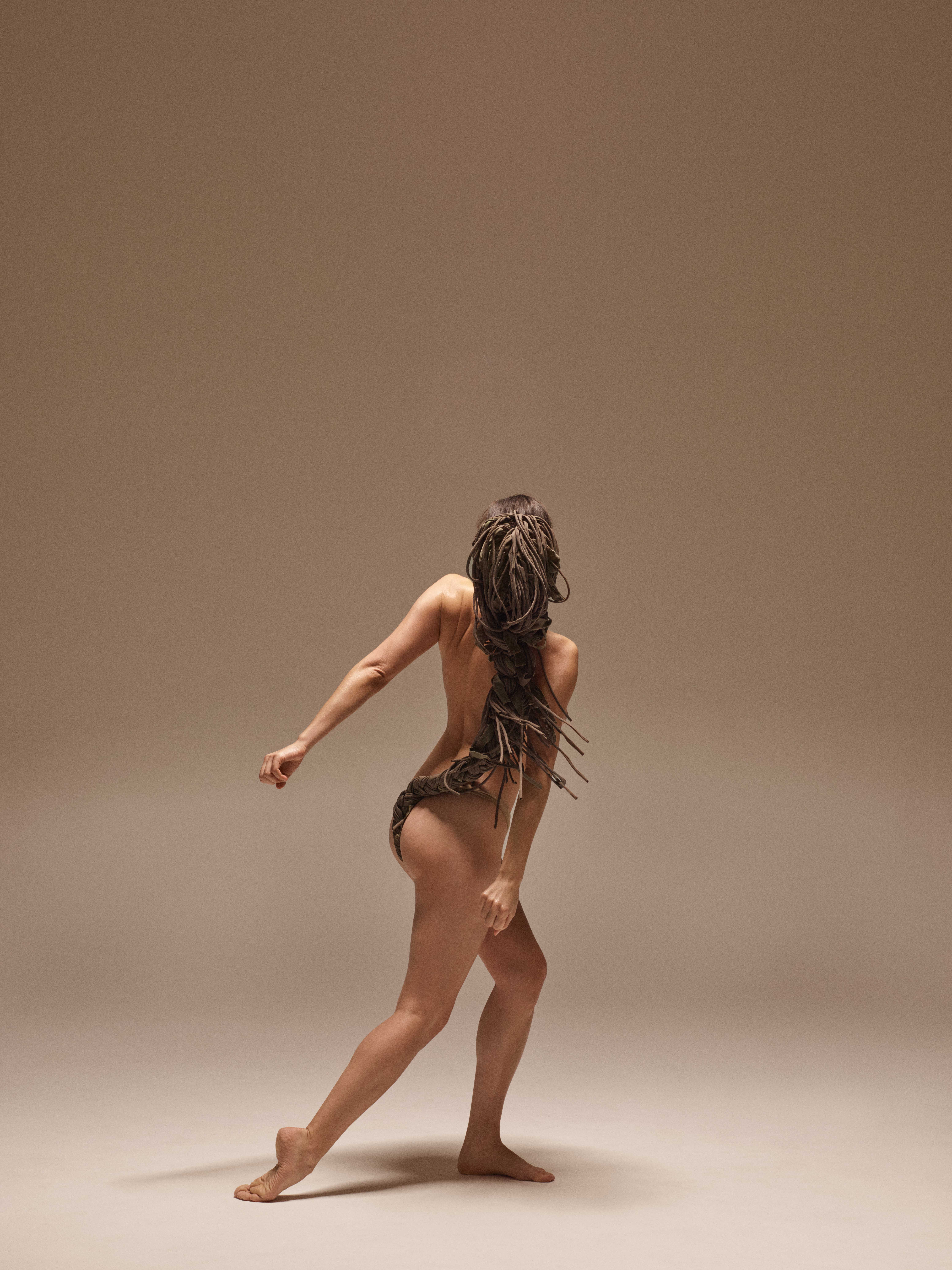 Stephen Petronio Company revives a series of iconic solos and duets from Petronio's formative days coming up in the East Village, featuring collaborations from the ’80s and ’90s. The program includes solos from Full Half Wrong (1993), Stephen's version of Igor Stravinsky's Rite of Spring, with costumes by Leigh Bowery, and Love Me Tender (1993) set to Elvis Presley, performed by the Bessie-nominated ‘Outstanding Performer,’ Nicholas Sciscione. Also inspiring the fun is the music of The Stranglers, Yoko Ono, Suede, Thom Yorke, Anonhi, and Rufus Wainwright. The Company invites Bloodlines(future) Bessie-nominated ‘Outstanding Breakout Choreographer’ Johnnie Cruise Mercer to the stage for the World Premiere of his latest work, andthen we hit the boundary where the sun's wind ceases...

Considered one of the leading talents of his generation, Petronio’s work is a collision of provocative new music, visual art, and fashion, producing modern landscapes for the senses. These solos and duets are golden keys to understanding his aesthetic. Petronio creates a haven for dancers with a keen interest in the history of contemporary movement and an appetite for the unknown. Stephen Petronio Company has produced over 80 works and performed before tens of thousands of audience members around the world; 2022 will be the Company’s 38th Anniversary Season.

“Growing up in the East Village, LaMaMa was a foundational part of my artistic journey,” said Stephen Petronio. “It is a fitting place to mark our return to the stage. These revivals, reconstructions, and reimaginings are bringing us back together.”

and then we hit the boundary where the sun's wind ceases... (World Premiere)
Directed and Designed by Johnnie Cruise Mercer; Creative Advisor and Video Designer: Torian Ugworji
Music by I Am the Earth bu LVDF, Heliopause and Drifting Circles by Anne Huller

Mercer is the founder and Company Director of TheREDprojectNYC, a multidisciplinary arts ensemble. Learn more onInstagram @jcruisem and@jcm_redprojectnyc or www.trpnyc.com.

Stephen Petronio is a choreographer, dancer, and the Artistic Director of the Stephen Petronio Company. For over 35 years, Stephen Petronio has honed a unique language of movement that speaks to the intuitive and complex possibilities of the body informed by its shifting cultural context. He has collaborated with a wide range of artists in many disciplines over his career and holds the integration of multiple forms as fundamental to his creative drive and vision. He continues to create a haven for dancers with a keen interest in the history of contemporary movement and an appetite for the unknown. Petronio was born in Newark, New Jersey, and received a B.A. from Hampshire College in Amherst, Massachusetts, where he began his early training in improvisation and dance technique. He was greatly influenced by working withSteve Paxton and was the first male dancer of the Trisha Brown Dance Company(1979 to 1986). He has gone on to build a unique career, receiving numerous accolades, including a John Simon Guggenheim Fellowship, awards from the Foundation for Contemporary Performance Arts, New York Foundation for the Arts, an American Choreographer Award, a New York Dance and Performance “Bessie” Award, and a 2015 Doris Duke Performing Artist Award.

Petronio has created over 40 works for his company and has been commissioned by some of the world’s most prestigious modern and ballet companies, including William Forsythe’s Ballet Frankfurt (1987), Deutsche Oper Berlin (1992), Lyon Opera Ballet (1994), Maggio Danza Florence (1996), Sydney Dance Company (2003, full evening), Norrdans (2006), the Washington Ballet (2007), The Scottish Ballet (2007), and two works for National Dance Company Wales (2010 and 2013). Over his career, Petronio has collaborated with a wide range of artists in many disciplines. Collaborators include some of the most talented and provocative artists in the world: composers Valgeir Sigurðsson, Nico Muhly, Rufus Wainwright, Lou Reed, Laurie Anderson, and Peter Gordon; visual artists Robert Longo, Cindy Sherman, Anish Kapoor, Donald Baechler, and Janine Antoni; fashion designers Narciso Rodriguez, John Bartlett, Benjamin Cho, and Leigh Bowery.

Petronio, whose training originated with leading figures of the Judson era, performed Man Walking Down the Side of a Building in 2010 for Trisha Brown Company at the Whitney Museum, and performed his 2012 rendition of Steve Paxton’s Intravenous Lecture (1970) in New York, Portland, and at the TEDMED-2012 conference at the Kennedy Center Opera House in Washington, DC. Petronio received the distinction of being named the first Artist-in-Residence at The Joyce Theater from 2012 to 2014. He has been entangled with visual artist Janine Antoni in a number of discipline-blurring projects, including the video installation Honey Baby (2013), created in collaboration with composer Tom Laurie and filmmaker Kirsten Johnson, and most recently Ally, in collaboration with Anna Halprin and Adrian Heathfield, which premiered at The Fabric Workshop and Museum in Philadelphia in summer of 2016. Petronio and Antoni were the 2017 McCormack Artists in Residence at Skidmore College, where they showed their series of installations, Entangle. Most recently, he was commissioned by The Juilliard School to set a work, #PrayerForNow, on their fourth year students for the New Dances Edition 2019. Petronio’s memoir, Confessions of a Motion Addict, is available at Amazon.com. His latest limited edition book, In Absentia, features entries from his personal journals written in quarantine at the Petronio Residency Center, paired with never before seen studio and behind-the-scenes photos by Sarah Silver and Grant Friedman.

Stephen Petronio Company was founded in 1984 to support the creative work of modern dance choreographer Stephen Petronio. The incredible milestone of the 25th anniversary of the Company in 2009 inspired Stephen to explore how SPC could expand from a single-choreographer model dance company to also incorporate and honor the past, present, and future in the field of dance through new initiatives (residency programs and re-staging of important postmodern works). In 2014 the Bloodlines initiative, which preserves a legacy of postmodern dance through restaging projects, was launched, and in 2017, the Petronio Residency Center (PRC) opened. The Company's mission expanded to include the creation and presentation of Petronio's works alongside legacy initiatives meant to secure the history and future of postmodern dance lineage: 1) Stephen Petronio continues to develop and present original choreography; 2) through the Bloodlines initiative, SPC has restaged and presented 12 postmodern dance projects, and commissioned two new solo works from young choreographers to date; and 3) PRC, located in the Hudson Valley, supports future choreographic invention in the field with artistic residencies as well as education initiatives.

The mission of Stephen Petronio Company is to support the vision of choreographer Stephen Petronio, which includes the creation and presentation of his existing and new works, alongside legacy initiatives meant to preserve the history of postmodern dance lineage, while also advancing its future through new works that honor and extend the history and offer a platform for a greater inclusivity of artistic voices.