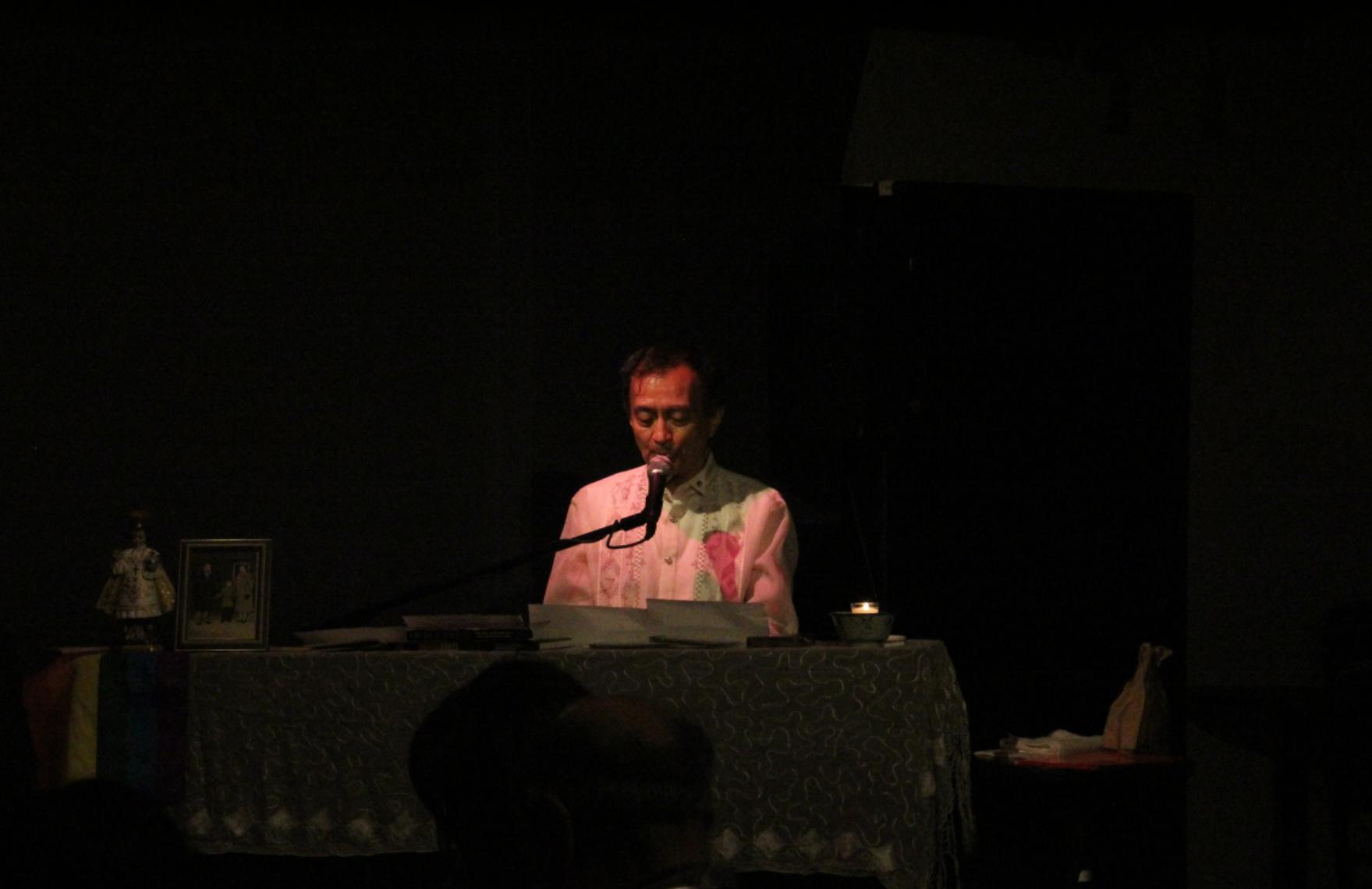 ANNA/KATE BAND (www.annakateband.com) are a 6-piece queer folk pop band, based in New York. Initially established as a duo, “two queers and a ukulele,” Anna/Kate Band has grown to encompass a driving folk rock sound, haunting cello, alongside their signature intricate harmonies. They have performed all over NYC, the Northeast and just returned from their month long European tour. Stream Anna/Kate Band music online at www.bandcamp.com/annakatemusic

ANTHONY NAPOLETANO has been living in New York as a performer and singer/songwriter for ten years.  As an actor, he has been seen as Baby John on the International Tour and London’s West End productions of “West Side Story,”  Disney’s “The Doodlebops,” “Peter Pan” at the Alabama Shakespeare Festival in 2008 and 2010, “American Mill” with Pioneers Go East Collective, and “LARP Me Gently” with The Society of Misfit Puppets.  He co-created and choreographed “We Put the Spring in Springfield: the Music of the Simpsons” and performed on the official Simpson’s panel alongside Matt Groening at San Diego Comic-Con in 2013. He has performed his original music at The Bowery Poetry Club, The Sidewalk Cafe, and The Duplex.  He holds a BFA in Musical Theatre from the Boston Conservatory.

MATT NASSER is a member of The Deconstructive Theatre Project, the Great Jones Repertory Company at La MaMa and the Big Art Group. He graduated with a BFA in acting from Boston University.

AMY R. SURRATT is a collaborative theatre artist specializing in directing and developing new and experimental theatre works. Her work has been featured at La MaMa, Access Theater, TheatreLAB-RVA, the New York International Fringe Festival, Dixon Place, and in collaboration with Split Britches and Mabou Mines. She served as assistant to director David Neumann on his COIL 2017 presentation of I Understand Everything Better at The Chocolate Factory. In 2016 Surratt co-produced Hyena, at La MaMa, as well as its presentation at the 2016 Edinburgh International Fringe Festival, and the 2016 United Solo Festival. She is currently Producing Associate for La MaMa Experimental Theatre Club. MFA, Sarah Lawrence College, 2012. She is from Southern Appalachia.

THE 11 O’CLOCK NUMBER originated at the Upright Citizens Brigade Theatre and creates brand new improvised narrative musicals on the spot! Everything is made up, including the music, the lyrics and the choreography featuring Brielle DeMirjian, Chloe Jury-Fogel, April Lavalle, Ryan Leach, Otter Lee, Darian Lusk, Jaime Lutz & Erin Wagner with music by Eric Gersen.