Experiments 18: When The Party’s Over 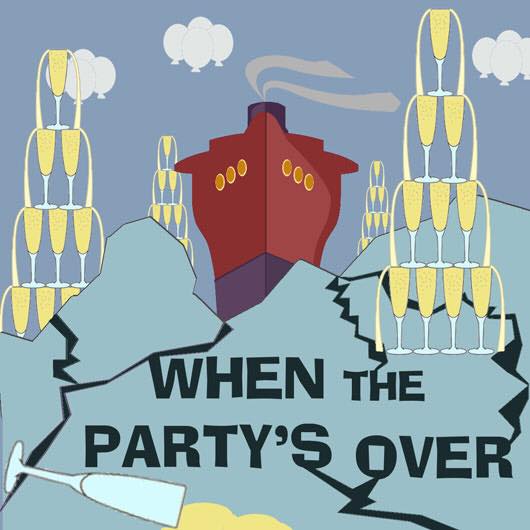 Broadway actress Anna takes her mother Adriana on an Alaskan vacation in the hope of repairing their terse relationship. It’s “all aboard” as the ladies sail off, but Anna and the other passengers get more than they bargained for on their magical glacial adventure as Anna encounters ghosts from the past.

Katrin Hilbe (Director) is a director of Liechtenstein-Kansas origin, working in the US and in Europe. Her production of R. Strauss’ SALOME for New Orleans Opera won “Best Opera Production”, and Julia Pascal’s play  ST JOAN won the Hilton Edwards Award for best direction & adaptation at the Dublin International Gay Theatre Festival. Katrin is a member of SDC, LPTW, TRU, DG and the PDU of The Actors Studio. More information: Katrinhilbe.com and Manytracks.org

Aaron Marshall-Bobb (Mark) is a performing artist from Brooklyn, NY. He was recently seen in Dreamgirls at Yale as Jimmy “Thunder” Early. Planet Connections Acting Award Nomination for The Lost or How To Just Be. Love and gratitude to Pace Performing Arts, The Lost Collective, CHVBRZ, and Mom.

Donna Vivino* (Anna) performed as Elphaba in Wicked on Broadway, previously starring in the role on the 1st National Tour. She was the original Young Cosette in “Les Miserables” Broadway. Other Broadway credits include “Fame Becomes Me” with Martin Short, “Hairspray” and “Saturday Night Fever”. Most recent: “Merrily We Roll Along” (LA Ovation Nomination)  opposite Wayne Brady.

Peter Reznikoff* (Captain Lars) ​has been an actor and voice-over artist for 30 years, with credits on Broadway, off Broadway, Regional Theatre, in films and television and voice-over commercials, narration and animation. Recent credits include Limitless(CBS),The Blackbook Redemption (NBC) The Russian Room (Netflixs), The Untitled Teen Horror Film, filming now.