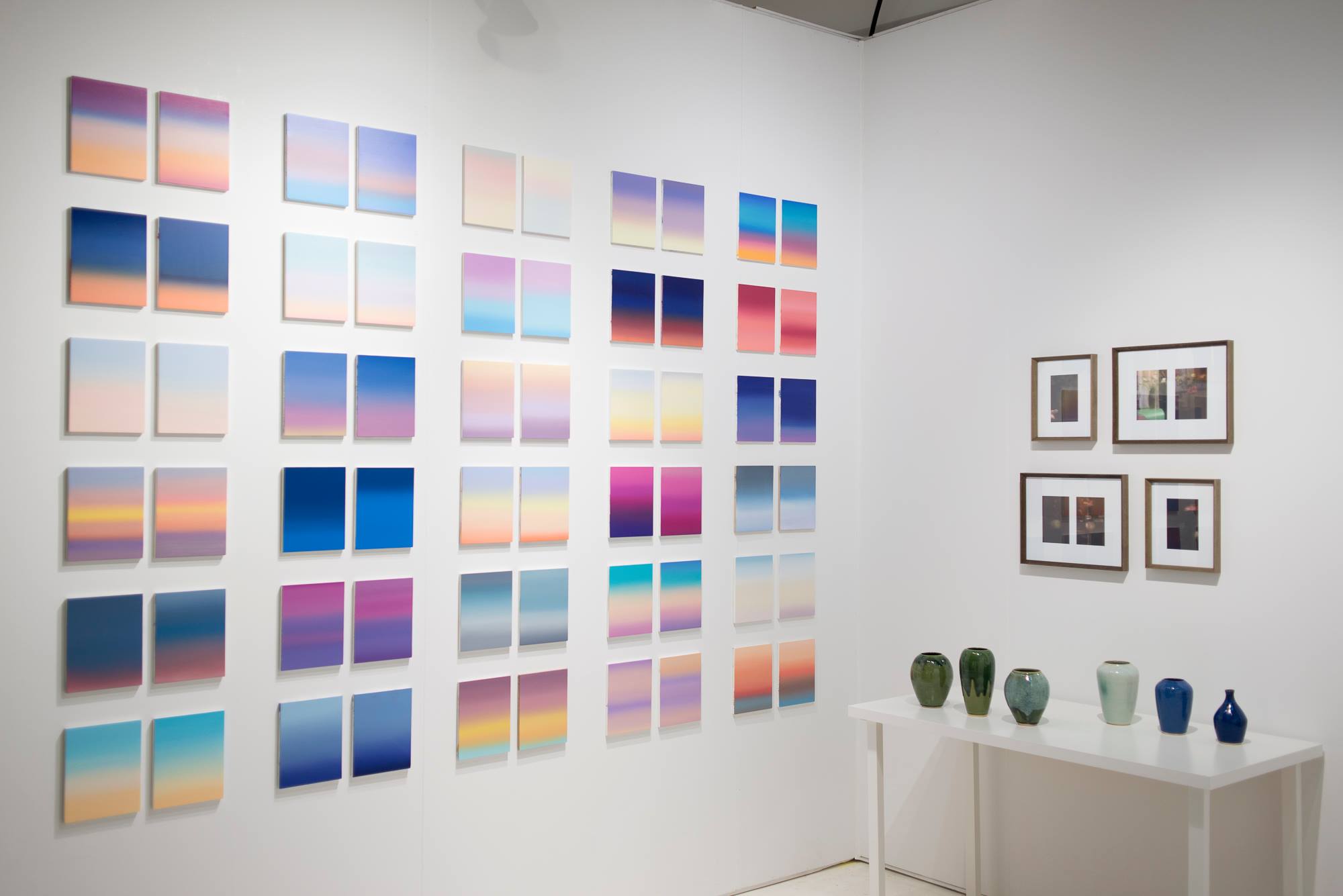 La MaMa Galleria is pleased to announce its participation in NADA New York 2018 with artists Justin Vivian Bond, Elliott Jerome Brown Jr., Samuel Draxler, and Adriana Farmiga. The presented works engage with issues of queerness and liminality in representation, playing with what conventions of their medium are adopted or undermined, and what is omitted versus implied within an image.

Rendered in soft watercolors that evoke magazine advertisements and decorative patterns, Justin Vivian Bond’s intimately sized portraits are investigations into the images that we project publicly. In Samuel Draxler’s AN INVENTORY, “6151 Richmond Street,” the artist catalogues and reproduces the vases that appear throughout the set of the American sitcom The Golden Girls, drawing attention to a voided presence. Adriana Farmiga’s Blue Hour is a series of oil-on-panel diptychs that depict the tint of the sky that occurs both in early dawn and late dusk, capturing the state of being in between, or of being neither/nor. Using the pictured environment, objects within the space, or the margins of the frame itself to disguise, reference, or negotiate access to the sitter, Elliott Jerome Brown Jr.'s photographs yield the image field as a site for curiosity and refusal.