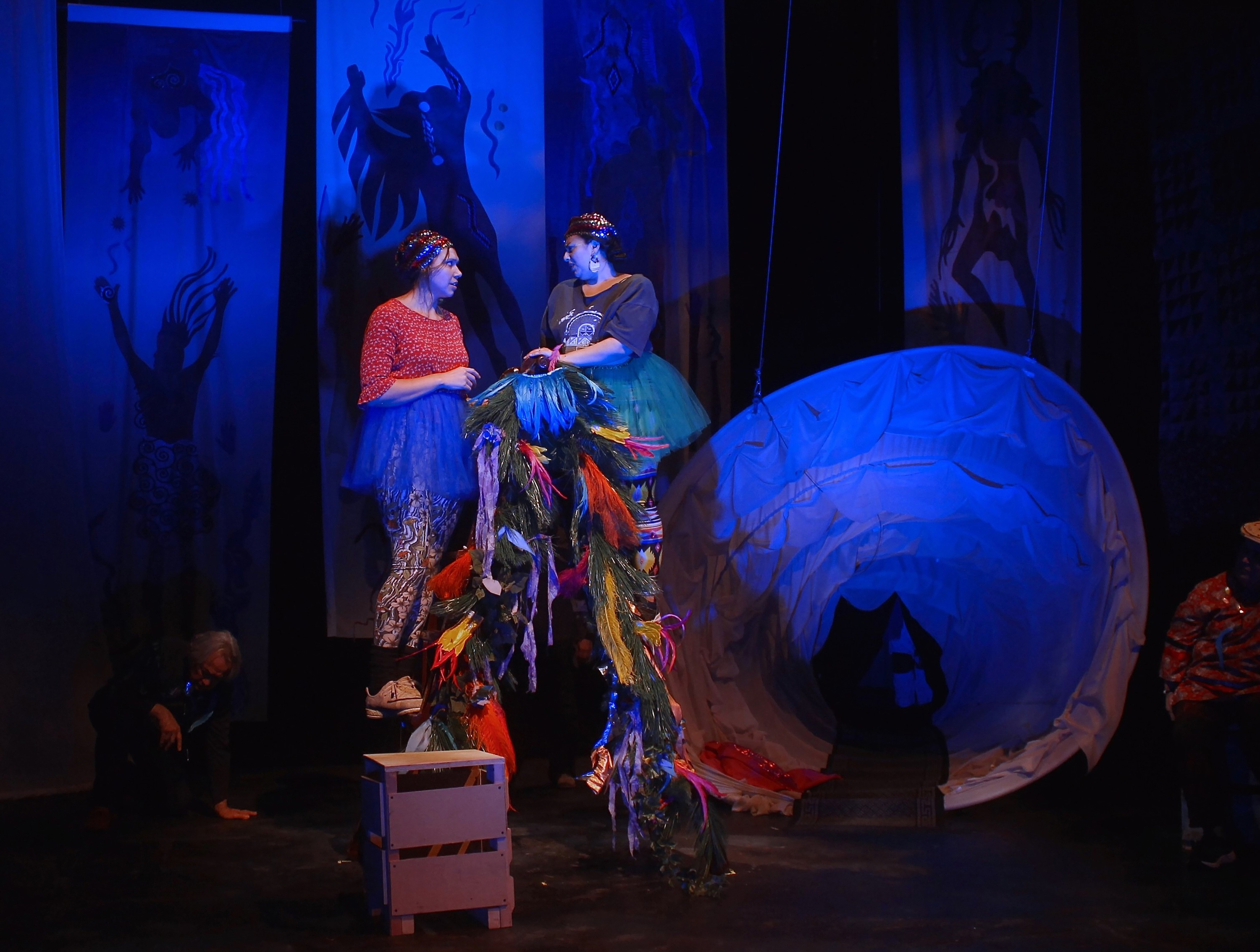 Saturday, March 26: There will be a post show conversation with the artists moderated by Louis Mofsie of The Thunderbird American Indian Dancers immediately following this performance.

La MaMa ETC presents the world premiere of Misdemeanor Dream, the latest large-scale production of Spiderwoman Theater, the legendary Downtown feminist-Indigenous theater ensemble.  Created by a multi-generational performing ensemble with members drawn from Indigenous communities across North America and internationally, this unique production across inter-woven disciplines explores the realms of Indigenous story, magic, interrupted dreams and lost languages, while including all who experience it in a vital continuum of Native spirit and worldview.

Developed through an ensemble theater practice rooted in Indigenous oral tradition, Misdemeanor Dream weaves personal and community stories, both traditional and contemporary—spoken, danced and sung—and mingles the original languages from the nations of the artists. Featured in the production’s process-derived narrative are the artists themselves, as well as a host of otherworldly beings, tricksters, and shapeshifters who reach far into our present to reestablish the severed connections between Turtle Island then and now.

In Misdemeanor Dream, old spirits long-ago silenced reveal themselves to the current inhabitants of Turtle Island through their stories and experiences of daily, contemporary life (“Turtle Island” is the name given to Earth by Indigenous peoples in North America).

We are, in the words of Spiderwoman co-founder and artistic director Muriel Miguel, “exploring what we, as Indigenous people, have lost, how we reclaim it and our path to move into a future where we can hold on to our dreams, heal ourselves and be hopeful.”

The project’s first 7-day workshop in Stratford ON in 2017, as well as a NYC workshop with AMERINDA at Dixon Place, led to a staged reading at Abrons Arts Center in September 2018. The storyweaving process and sourcing of content involved 14 performing artists. In November 2019, the ensemble met in Nipissing First Nation, in Northeastern Ontario to continue its collaboration with the multi-award-winning Aanmitaagzi Storymakers (who co-produced Material Witness with Spiderwoman).

Misdemeanor Dream was performed as a work-in-progress production at Abrons Arts Center in February 2020, several weeks before a world-pandemic precipitated a profound disruption felt around the world. In the summer of 2021, Spiderwoman continued working, producing a two-part podcast series, “Town of Little Sagas,” about life in an imaginary Native town, somewhere in contemporary North America. 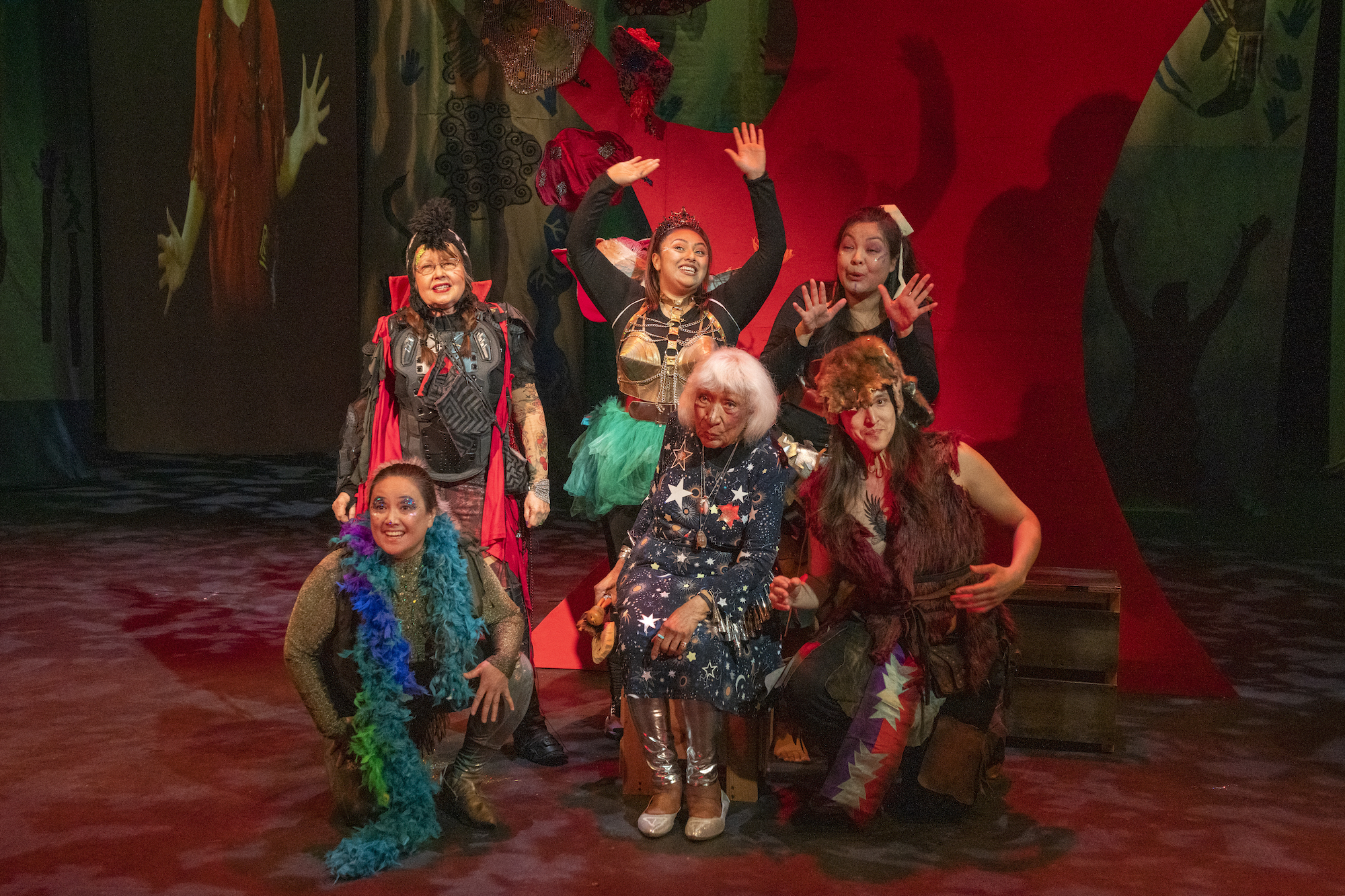 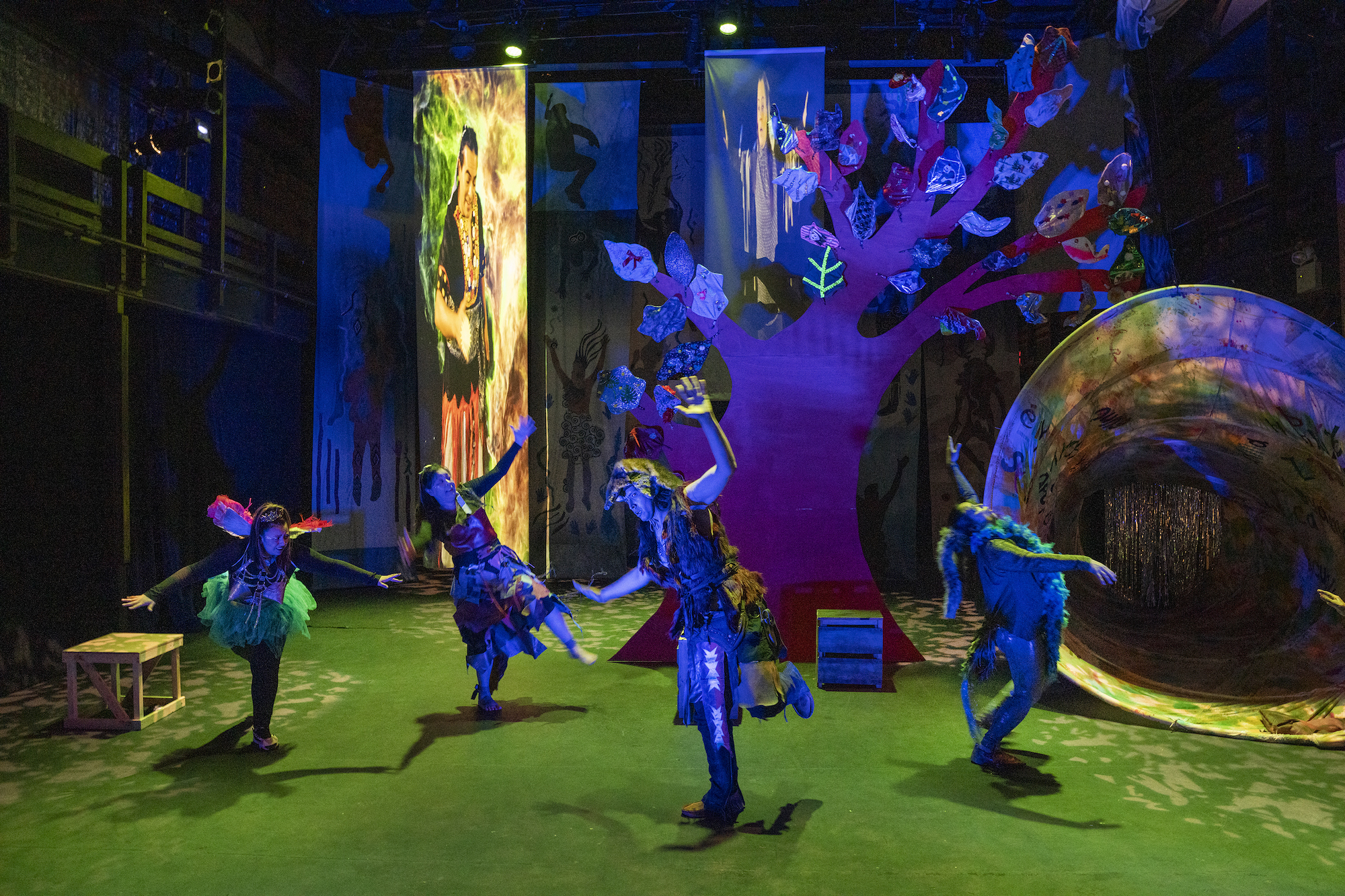 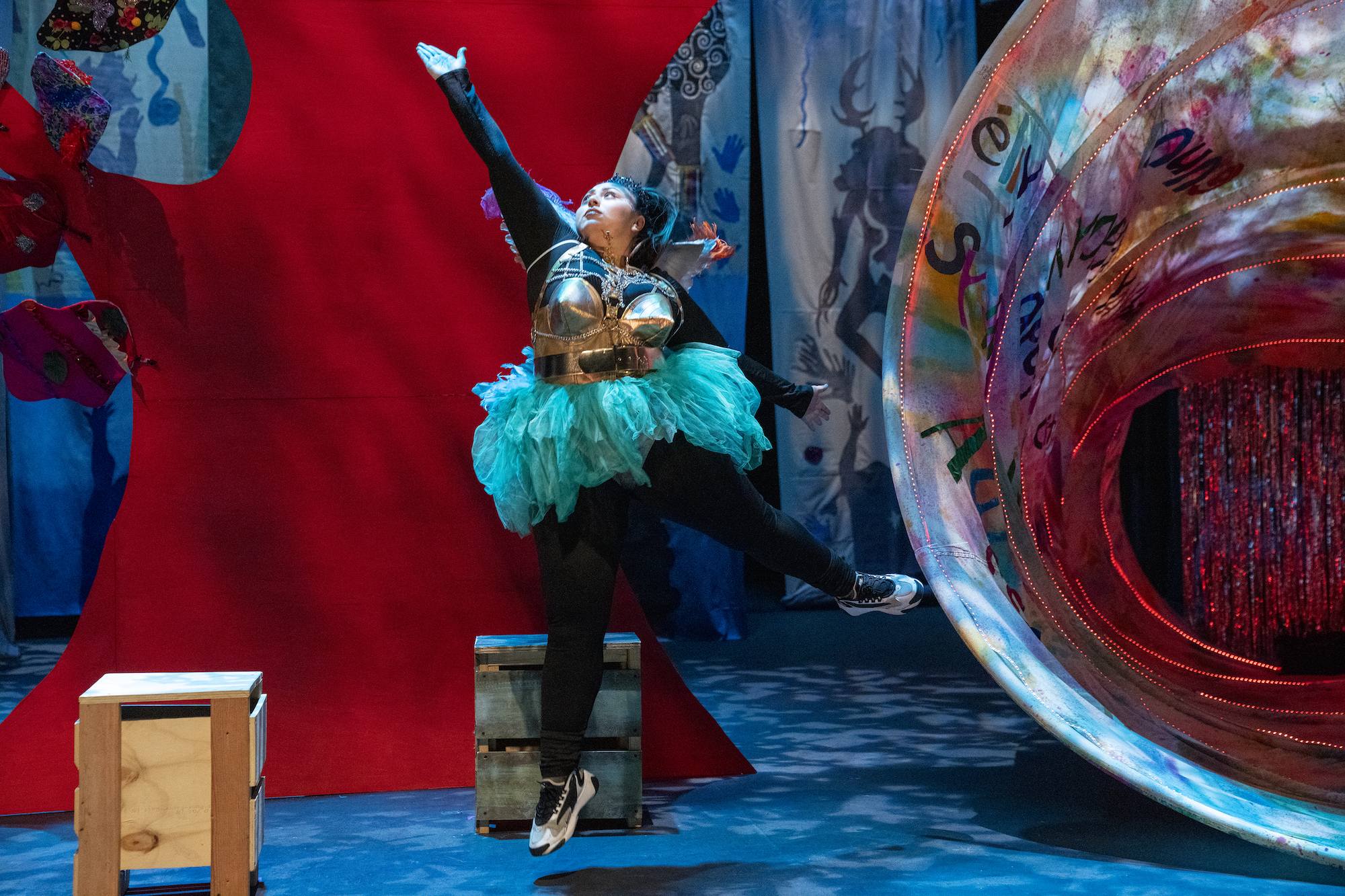 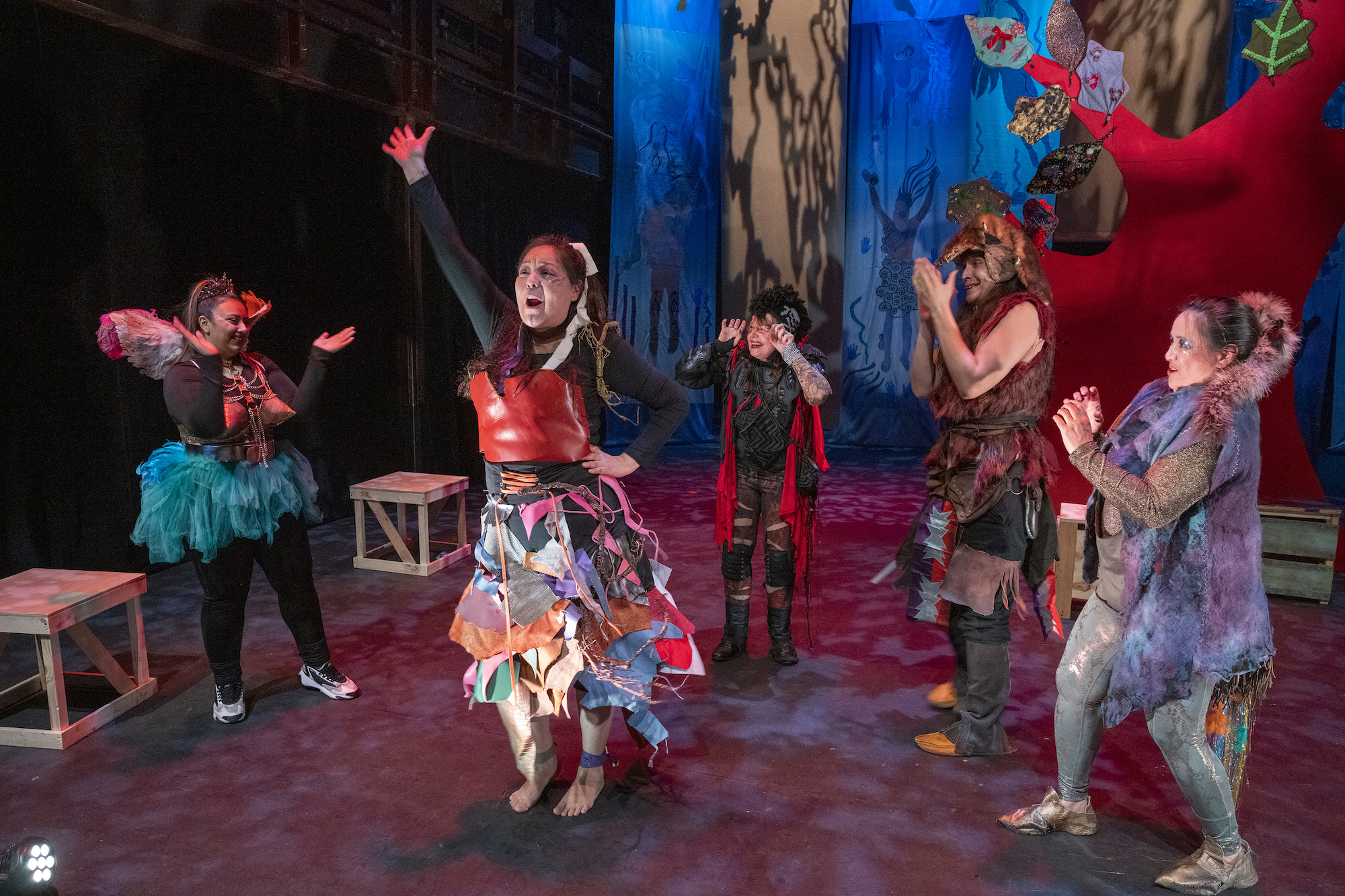 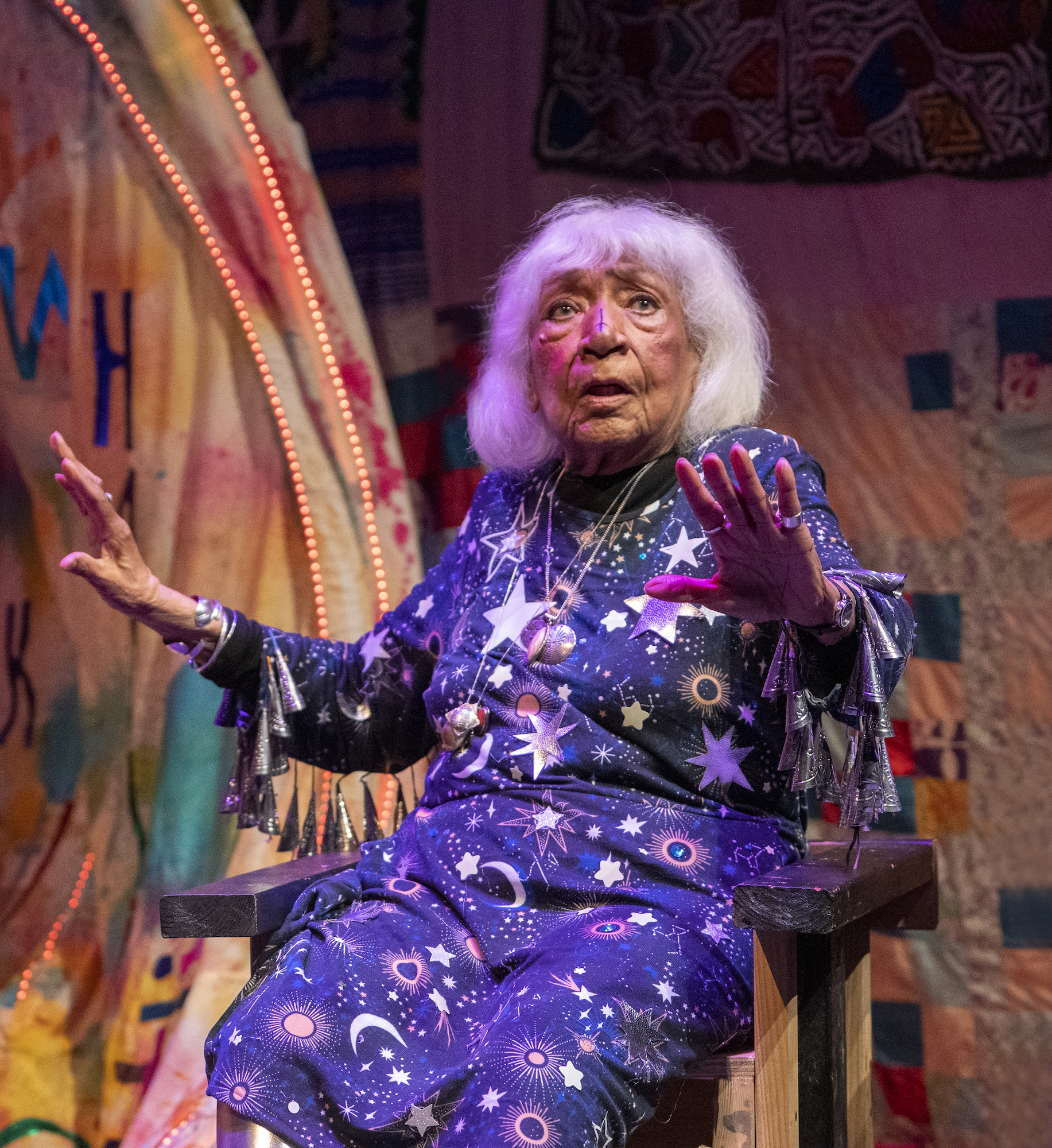 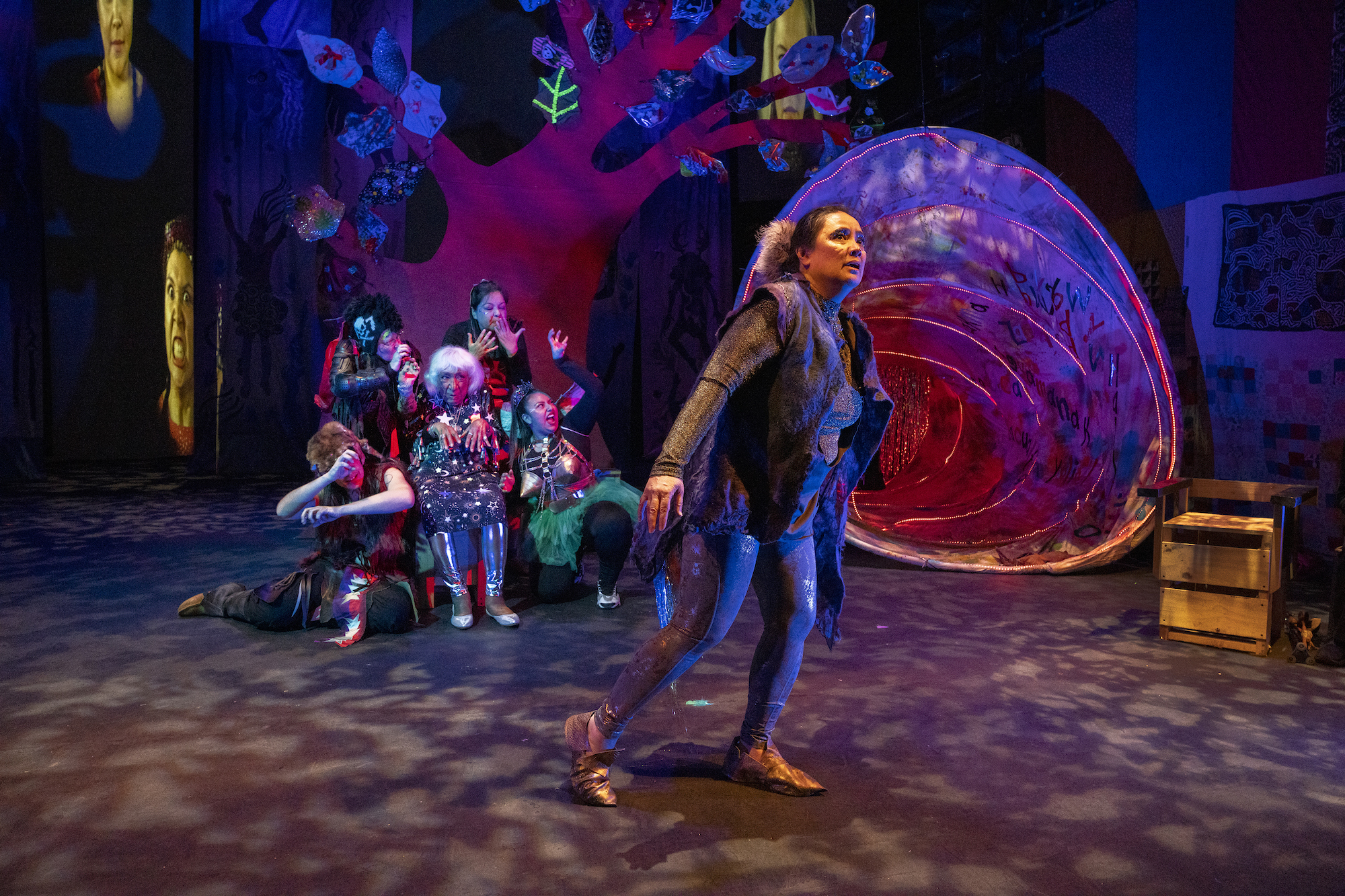 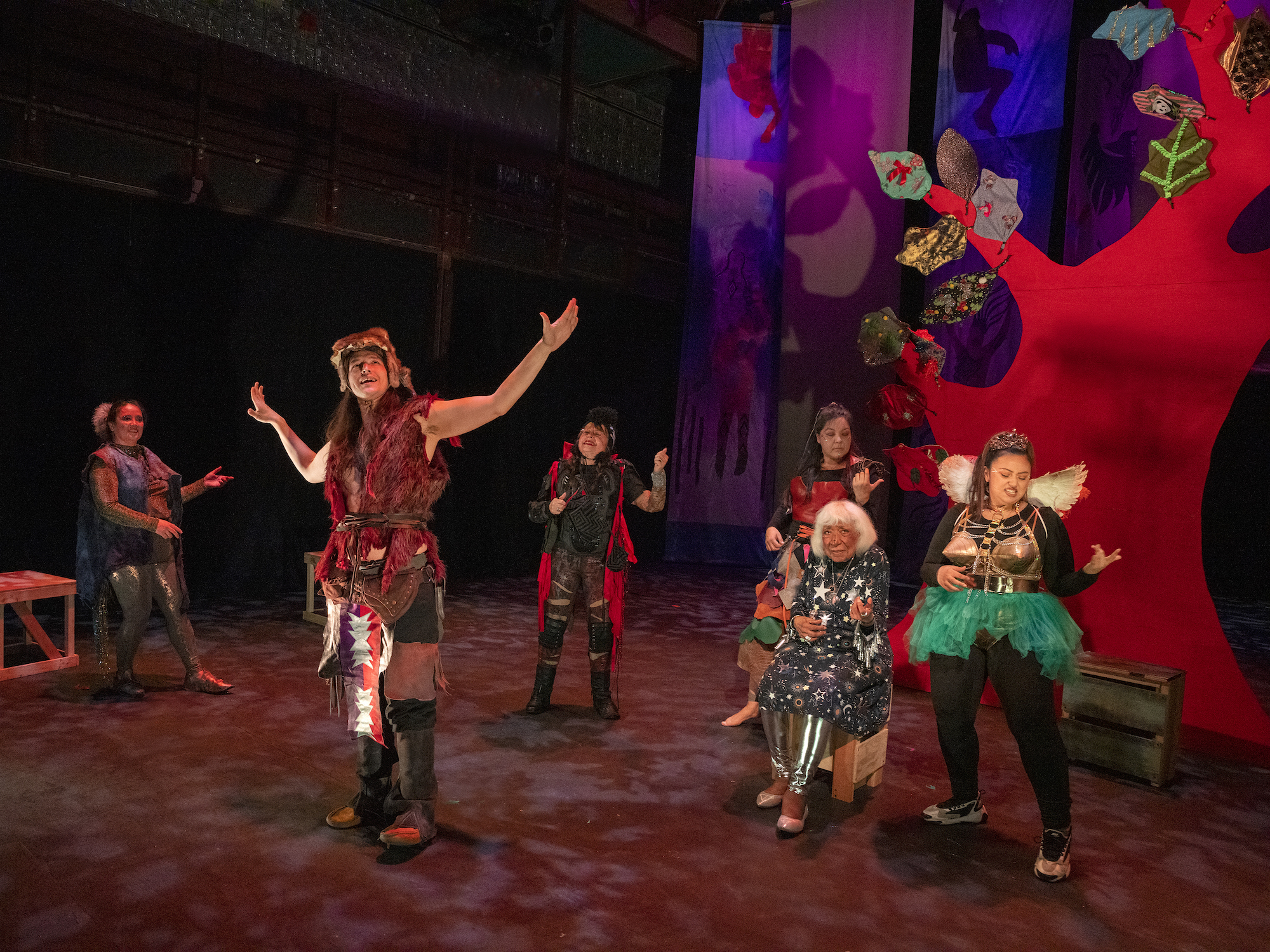 Misdemeanor Dream is produced by the Brooklyn-based Spiderwoman Theater and La MaMa ETC, in association with Loose Change Productions in New York, and in collaboration with Aanmataagzi in Nipissing First Nation in Ontario.