“MEETING is a quietly rich encounter between man, machine, motion and sound that rewards your attention with mesmeric human feats and meditative sonic patterns.” – Ian Abbott, Writing about Dance

Wednesday and Friday at 9PM; Saturday at 1PM and 4PM; Sunday 5PM

Two performers share space with 64 robotic instruments. A relentless stream of activity unfolds, where the bodies enter states of heightened physical and mental agency, with all actions carried by the meditative pulse of the machine beat. MEETING reveals a fascination with the articulation of the body and mind in motion. A choreographic study stripped to the bare essentials, the work pairs Hamilton’s compulsive choreography and unique physical grammar with Macindoe’s obsessive machine-making practice. MEETING composes the body, space and robots into a riveting choreographic soundscape flooding your eyes and ears with technical mastery at its finest.

See the full COIL line-up, including shows outside La MaMa go to: ps122.org/coil 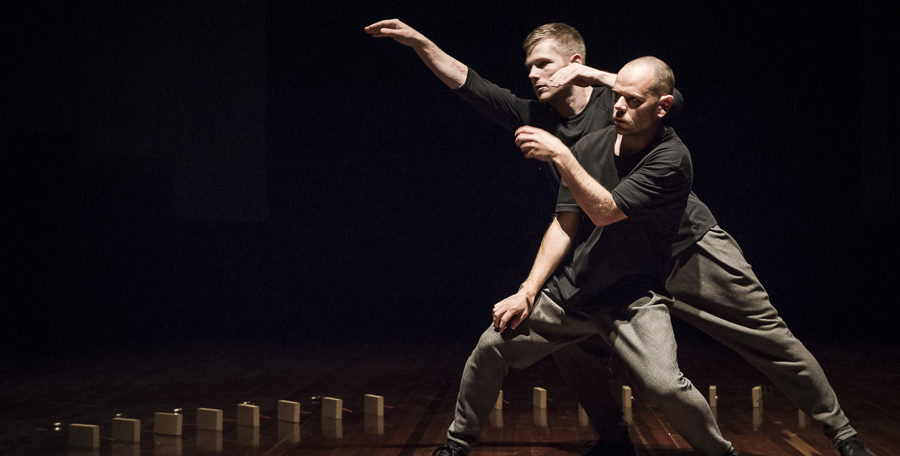 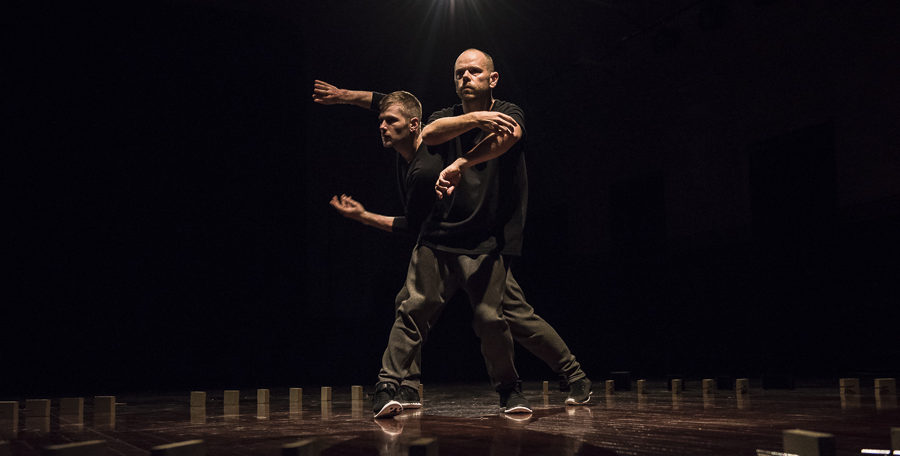 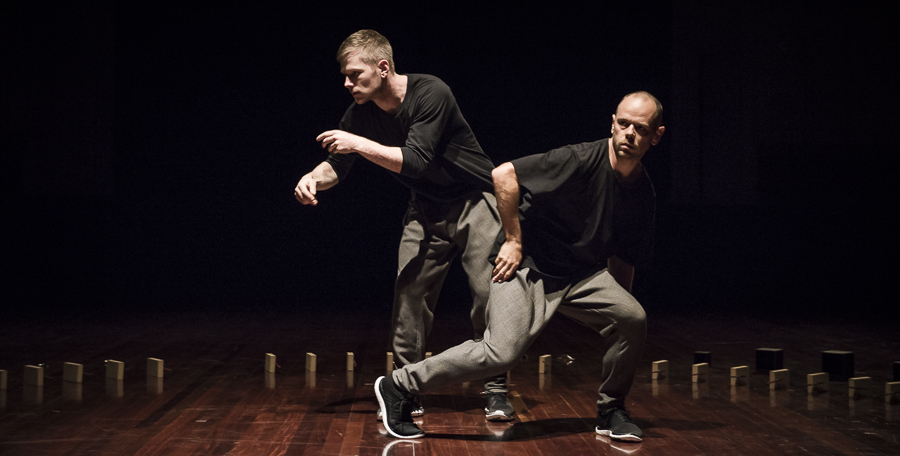 Antony Hamilton is an independent choreographer. His award winning creations involve a sophisticated melding of movement, sound and visual design. His major works include the seminal Black Project 1 (2012), for which he won the prestigious Helpmann Award, critically acclaimed MEETING (2015) and NYX, a commission for the 2015 Melbourne Festival. He has created numerous national and international commissions including for The Lyon Opera Ballet (Black Project 3) and most recently for Skanes Dansteater (Sentinel). Antony was the inaugural recipient of the Russell Page Fellowship in 2004, Tanja Liedtke Fellowship in 2009, Australia Council for the Arts Fellowship in 2012, and Sidney Myer Creative Fellowship in 2014. He was guest dance curator at The National Gallery of Victoria in 2013-14, honorary Resident Director at Lucy Guerin Inc. in 2014 and inaugural Resident Artist at Arts House in 2015. He is currently a resident artist with Canada’s Dancemakers. In 2008 Antony formed Antony Hamilton Projects to create contemporary dance work informed by an interest in multi-disciplinary practices. Combining experimental movement, visual, sound and video art, his original and unpredictable choreographic voice is a driving catalyst for bold experimentation. www.antonyhamiltonprojects.com

Alisdair Macindoe is a New York based Australian dancer, choreographer and sound artist who trained in dance at the Victorian College of the Arts. He has performed with Lucy Guerin Inc, Chunky Move, Antony Hamilton Projects, Stephanie Lake Company, and Leigh Warren and Dancers. Other performance highlights include his own works, Bromance (2010), 525600LOVE (2009), and Pay No Attention to the Man Behind the Curtain (2008). Alisdair was the recipient of the 2013 Helpmann award for best male dancer in a dance or physical theater work for Stephanie Lake’s DUAL, the recipient of the 2012 Green Room’s best male dancer award for his year’s work, and was nominated for the 2008 and 2013 Green Room award for best male dancer. Alisdair is a self-taught sound designer, composer, and instrument builder and has created sound design for some of Australia’s leading dance companies and choreographers. He has won 3 consecutive Green Room Awards for Dance Composition for Black Project 2 (Antony Hamilton, 2014), Princess (Benjamin Hancock, 2015) and MEETING (Antony Hamilton, 2016).