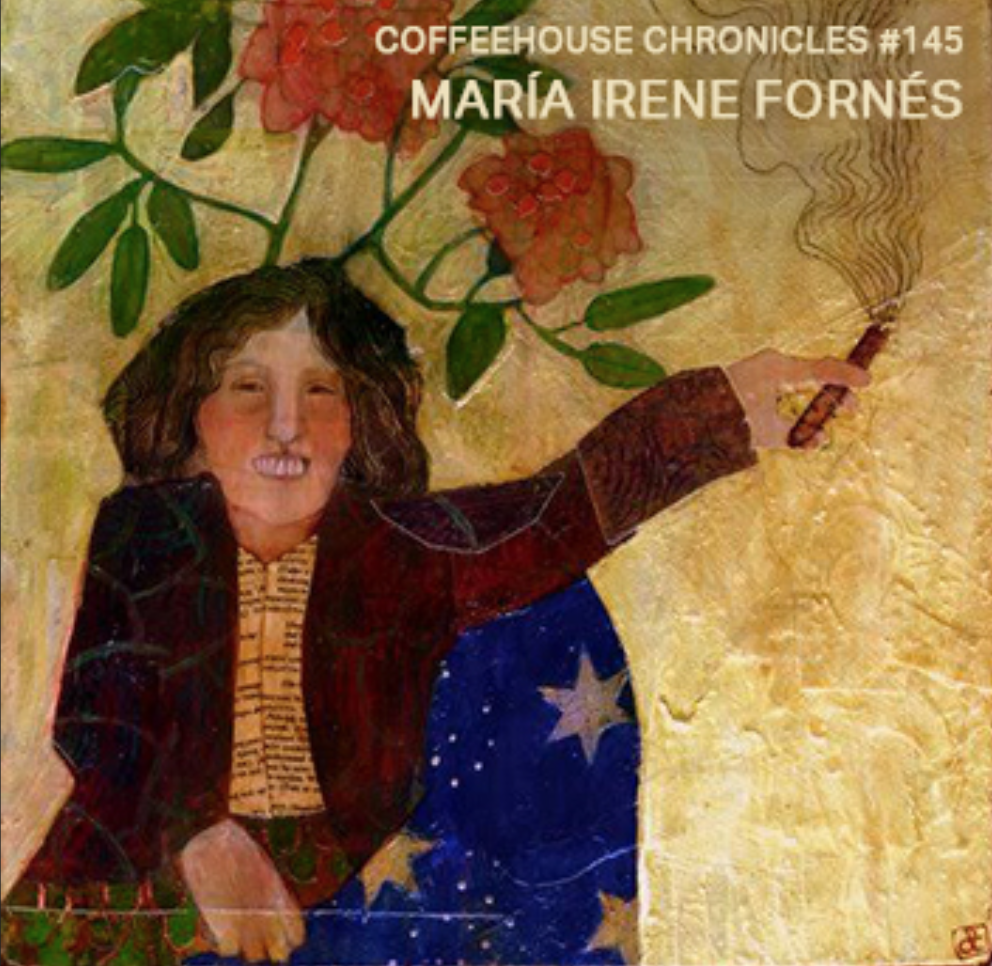 Saturday at 3PM to 5PM

What of the Night, Reba’s Monologue performed by Kayla Juntilla

GWENDOLYN ALKER is a teacher, scholar, dramaturge and curator of events that seek to move between the theory and practice of performance. She has been on the faculty in the Drama Department at Tisch School of the Arts since 2003 and is currently the program’s Director of Theatre Studies. She is just finishing up her term as Editor of Theatre Topics, where she most recently oversaw the publication of a special issue entitled “Latinx Performance.” As a curator, she created and organized the New York Fornés Festival in 2010, and has sought to promote Fornés’ legacy in myriad ways over the last decade. She has been published in Theatre Journal, Drama Therapy Review, TDR, Dance Research Journal, and HowlRound, and is the former managing editor of Women & Performance: A Journal of Feminist Theory.

OMRI ARIAV is a directing student at NYU Tisch, Playwrights Horizons Theater School. He grew up in Israel and left it to prevent the marriage of his art to his politics. Omri’s passion is for theater as imaginative ritual: a space for the transformation of personal experience into communal gatherings which emanate wonder. He would like to thank you.

ZACH BARELA has spent the last three years studying the Meisner technique at NYU Tisch School of the Arts and is excited for the opportunity to be a part of this event. He would like to thank Gwendolyn for the wonderful opportunity.

GABRIEL BERRY was in a castle in Budapest (then a workers’ museum) overlooking the Danube when a voice spoke to her: “Go to New York and be a costume designer.” “OK,” she thought, “Good idea.” It was late 1978. She got the next train out of town, made her way back to her home in North Carolina, packed her bags, and moved to New York. She arrived in early 1979. She moved into a loft on The Bowery alongside musicians, dancers and painters. Within a few months she met Ellen Stewart, made her New York debut designing costumes for Charles Ludlam’s The Enchanted Pig, and became the costume designer in residence at La MaMa E.T.C. A list of artists she collaborated with at this time includes John Albano, Christopher Alden, Ken Bernard, Ed Bullins, Du-Yee Chang, Donald Eastman, Tom Eyen, María Irene Fornés, Ron Link, Mabou Mines, Robert MacBeth, Leonard Melfi, Anne Militello, Tom O’Horgan, Robert Patrick, James Rado, Gerry Ragni, Andrei Serban, Elizabeth Swados, Julie Taymor, John Vaccaro, Mac Wellman and Mel Wong. Companies and venues include Coney Island USA, Dance Theater Workshop, Danceteria, The Pyramid Club, the Ridiculous Theatrical Company, Theater For the New City, and of course, La MaMa.

MIGDALIA CRUZ is a Bronx-born, award-winning playwright, lyricist, translator, and librettist of more than 50 works including: El Grito Del Bronx, Salt, Yellow Eyes, Satyricoño, & Latinos In La-La Land, produced in venues—across the U.S. and abroad—including INTAR, BAM, Mabou Mines, Old Red Lion, National Theater of Greece, Houston Grand Opera, Ateneo Puertorriqueño, Teatro Vista, and CollaborAction. An alumna of New Dramatists, she was named the 2013 Helen Merrill Distinguished Playwright, and was awarded a 2016 NYFA grant for playwriting. Migdalia was nurtured by Sundance, the Lark, and by María Irene Fornés at INTAR. She was a writer-in-residence at Latino Chicago Theater Company from 1990-1998, premiering several plays including: Miriam’s Flowers, Lucy Loves Me, Dreams of Home, Cigarettes & Moby-Dick, Fur, Che-Che-Che: a latin fugue in 5/8 time, and Lolita de Lares, which received a 20th anniversary production at Chicago’s Urban Theater Company in 2016.

2017-18 Projects: FRIDA at Long Beach Opera & Cincinnati Opera; El Grito Del Bronx and Cigarettes & Moby-Dick at Rose Bruford School with Chaskis Theatre (London); Hooded Tears: E28H/OMPF BlackLivesMatter at various venues across the U.S.; Orlando, 2a.m., part of the “After Orlando” series (U.S./U.K.); A Crossover Dream, an ACTF Kennedy Center Commission for the 100th JFK Centennial; Never Moscow about Chekhov, consumption, marriage and the writing of Three Sisters and The Cherry Orchard; and her modern translation of Macbeth for OSF’s Play On! She was a guest artist at UNM in Fall 2017. In Spring 2018, she will teach at Princeton, which has also commissioned her to write a one-act play for the Latinx Commons Convening honoring María Irene Fornés, organized by Brian E. Herrera. In Summer 2018, Migdalia will teach her third year of the Fornés Playwriting Workshop at Notre Dame University (Chicago) in conjunction with Anne García-Romero. Since her only child, Antonia, is off to CalArts for a BFA in acting, she feels blessed to have work and takes none of it for granted—especially the words.

SHIELA DABNEY is an actor, best known for her co-starring role in the seminal 1987 lesbian feminist film, She Must Be Seeing Things alongside Lois Weaver, directed by Sheila McLaughlin. In 1984, Dabney won an Obie Award for her performance as Sarita in the play Sarita. She has performed in eight original plays by Maria Irene Fornes.

DONALD EASTMAN’s work has been seen at major theatre and opera companies across America and in our neighborhood, where he is a frequent collaborator at La MaMa. He made his debut here with 3 Solo Pieces by Winston Tong. and has since designed for Tom Eyen, Ellen Stewart, James Neu, Theodora Skipitares, Michael Gorman and George Ferencz. Donald received an Obie Award for Sustained Excellence in Set Design and is a grantee of the NEA.

AIDAN HART is a senior at NYU Tisch, and would like to thank his friends and family for their support, La Mama for the opportunity, and everyone involved in MUD for a gorgeous process.

ROBERT HEIDE studied theater at Northwestern University in Evanston, Illinois. In New York, he attended acting classes with Stella Adler and Uta Hagen. At the Actor’s Studio, his mentors in the Playwrights/Directors Unit were Harold Clurman, Estelle Parsons, and Horton Foote. His first play, Hector, was initially produced by the Living Theater at the Cherry Lane Theater on a bill with plays by Jean Cocteau and the poet Kenneth Koch. Later, Hector was produced Off-Broadway by Lee Paton Nagrin at New Playwrights Theatre with Heide’s second play, West of the Moon.

Plays produced at the Caffe Cino in New York include The Bed and Moon. At La MaMa E.T.C., the successful run of Why Tuesday Never Has a Blue Monday was followed by Heide’s short plays East of the Sun, Zoe’s Letter, and Statue, all performed in play festivals or benefits for La MaMa. Suburban Tremens and Increased Occupancy were produced at Westbeth Theater Center by New York Theater Strategy under the auspices of Irene Fornés and Julie Bovasso. Moon was presented in Fornés/Bovasso’s first Theater Strategy Festival of Plays at the Manhattan Theatre Club. American Hamburger, Tropical Fever in Key West, Crisis of Identity and Mr. Nobody were produced at Theater for the New City. Several of his plays have been published in various editions, and a collection of all of his plays (Robert Heide 25 Plays) was published in Fall 2017 by Michael Smith’s Fast Book Press, and is available on Amazon. He has co-authored more than a dozen books on American Pop Culture, including three books for Disney: Disneyana, The Mickey Mouse Watch, and Mickey Mouse the Evolution, the Legend, the Phenomenon! Other books include Box-Office Buckaroos, Home-Front America, and Starstruck, as well as guidebooks to Greenwich Village and New Jersey. All of these books are also available on Amazon. His play The Bed was filmed by Andy Warhol, and Heide wrote the screenplay for Warhol’s film Lupe starring Edie Sedgwick. Both films are currently being digitized by a three-museum triumvirate: the Andy Warhol Museum, the Whitney Museum of American Art, and the Museum of Modern Art. His play I Shop: Andy Warhol was recently presented by the Peculiar Works Project. Three of his plays were presented in a benefit for the Actors’ Fund at Howl! in the fall of 2016. He is a regular contributor to the West Village newspaper Westview News.

KAYLA JUNTILLA is in her third year at New York University where she is studying acting at the  Experimental Theatre Wing studio in Tisch School of the Arts. She’d would like to thank Gwendolyn for this opportunity, and to dedicate this performance to her mother.

LILY LIPMAN is a senior at NYU Tisch. She’d like to thank her family and friends for supporting her and La Mama for this incredible opportunity.

MICHELLE MEMRAN is a documentary filmmaker and journalist. For nearly twenty years she has worked as a reporter and researcher in New York City and has written for numerous publications. She is currently finishing a documentary feature called The Rest I Make Up – her deeply personal journey with the visionary Cuban-American playwright Maria Irene Fornes after Fornes had stopped writing due to dementia. The film began in 2003, almost by accident, as the two friends discovered that a camera could pick up where the pen left off. Michelle has been a fellow at the MacDowell Colony and twice served as an artist-in-residence at Brown University.

ANN PELLEGRINI is Professor of Performance Studies and Social and Cultural Analysis at New York University.  Her books include Performance Anxieties: Staging Psychoanalysis, Staging Race and Love the Sin: Sexual Regulation and the Limits of Religious Tolerance (cowritten with Janet R. Jakobsen).  Her most recent book — “You Can Tell Just By Looking” and 20 Other Myths About LGBT Life and People (cowritten with Michael Bronski and Michael Amico) — was a finalist for the 2014 Lambda Literary Award for Best LGBT Non-fiction.  She is also co-editor of the “Sexual Cultures” book series at New York University Press.  She enjoys psychoanalysis and show tunes, and performed in “Otherwise: Queer Scholarship Into Song” (conceived and directed by Kay Turner) at Dixon Place (2013) and Joe’s Pub (2016).