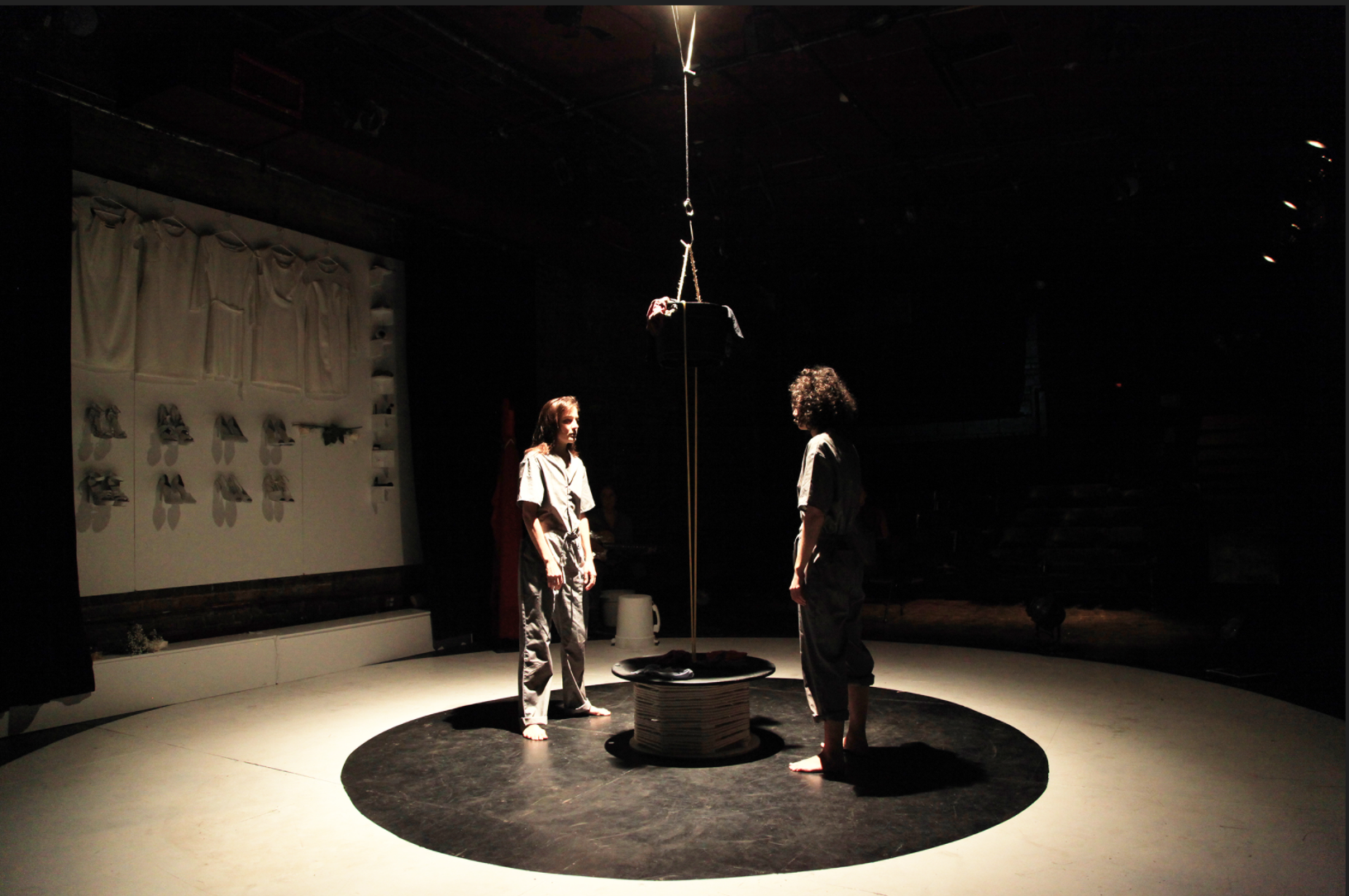 Thursday at Saturday at 7:30PM; Sunday at 2PM

Every night, the maids stage a fantasized revolution against their mistress Madame. Every night they fail miserably. But last night they have taken a step into reality. They have plotted against Monsieur and had the police lock him up. Family and class wars unfold.

This new production of “Les Bonnes”, the Maids by Jean Genet, in the original French, captures the grim substance of the sisters’ relationship while dissecting the brutal social powers at play. The ensemble’s rich world of physical symbolism and bursts of sound and song create a visceral experience, while elements of play and surprise catapult us into the here and now of Genet’s classic.

The Maids is performed in French with English supertitles.

Les Bonnes is made possible in part with public funds from Creative Engagement, supported by the New York City Department of Cultural Affairs in partnership with the City Council and administered by Lower Manhattan Cultural Council. LMCC.net 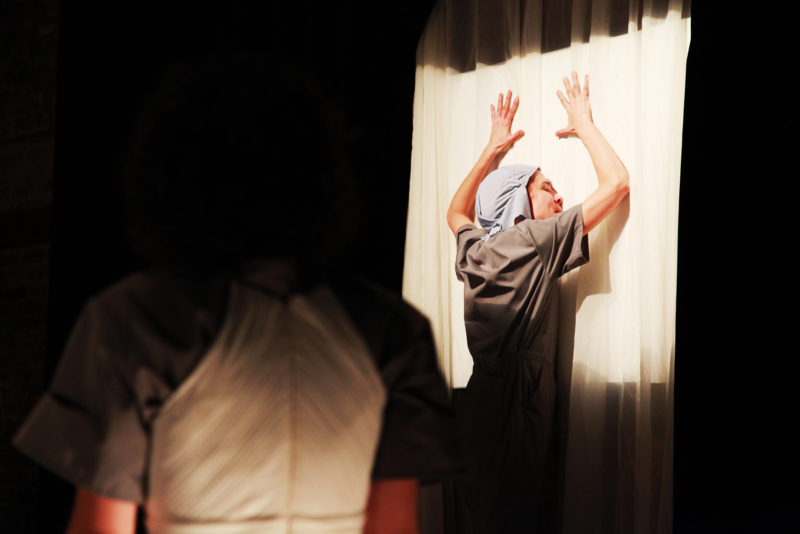 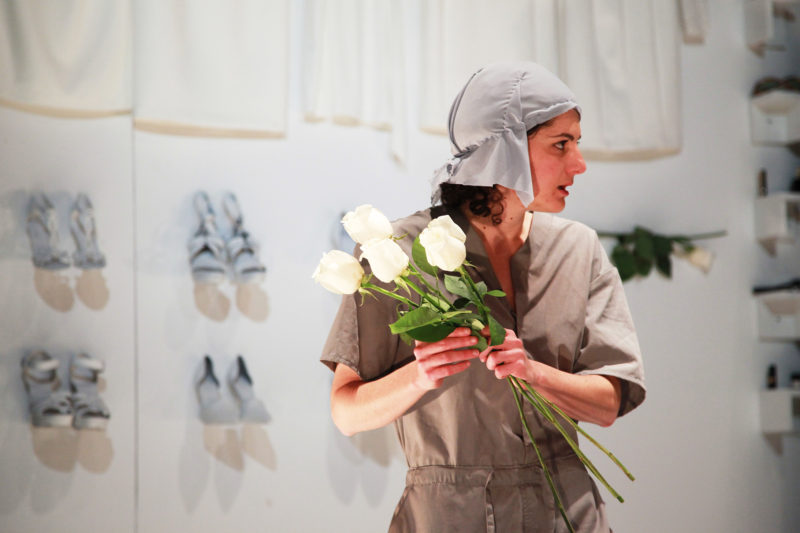 Oliver Henzler (Director) is a New York based theater maker and performer. His passion for directing and devising theater productions derives from his in-depth experience as a performer over the past fifteen years. On stage, Oliver has worked in numerous productions including Shakespeare’s Pericles (ART), Berlioz’ Benvenuto Cellini (Metropolitan Opera, NY), Peter Shaffer’s Amadeus, Adam Rapp’s Nocturne, Strindberg’s The Pelican, Fabio Rubiano’s Mosca, Büchner’s Woyzeck, and Rashomonbased on Akutagawa’s short stories. Oliver also frequently works on TV and Film. Recent appearances include roles on Blacklist (NBC) and Person of Interest (CBS), and feature films The Happy House and the soon-to-be released Too Cold To Swim and A Different Sun. Oliver is a graduate of Wesleyan University (BA with honors) and Columbia University (MFA), he is an authorized Synapsing® teacher and a guild certified Feldenkrais® practitioner.

Laura Lassy Townsend (Actor & Producer) is a New York based actor originally from Paris, France. Her credits include the National Opera of Paris, the Venice Film Festival, Classic Stage Company, The Rattlestick Theatre, Mabou Mines and Target Margin Theater. Laura has taught as a Teaching Artist at Classic Stage Company, the French Institute Alliance Française and is the co-founder of L’Atelier Théâtre NY. She holds an MSc in Business from HEC, Paris and an MFA in Acting from Columbia University.

Cloe Xhauflaire (Actor) is an actress hailing from Belgium. She has worked extensively in film, television, and the theatre in Belgium, France and the US. In Europe, she has worked with numerous established directors and founded her own successful theatre company, with which she won the “Best Young Creative Artist Project” national award for The Belgrade Trilogy. She studied theatre at The Royal Drama Conservatory in Brussels & LAMDA. She studied here with Susan Batson, Larry Moss and Anthony Abesson. She is now coaching actors  at The Susan Batson Studio. For a full list of credits, www.cloexhauflaire.com

Leah Lawrence (Musical Composition) is an actor and singer-songwriter with credits off-Broadway, national television and two released albums of her own music, available on iTunes, Amazon & Spotify (Folk by Foulke, Volume 1 & Everywhere To Go: Folk by Foulke V.2 ). Leah’s original music for theater includes productions of Caucasian Chalk Circle, Hamlet, CoCoLab’s Dylan’s Lullaby and Blink, and an original musical Jungle Suburbia. She holds a BA from Colorado College and MFA in acting from Columbia University. Leah is a certified Yoga instructor, authorized Synapsing® teacher and a facilitator with Green meets Blue.

L’Atelier Theatre Productions supports emerging artists presenting theater projects in French in New York. L’Atelier Théâtre Productions aims at presenting bold and inspiring French plays to a New York audience in the original language. We intend to build a New York-based community of artists, hailing from European horizons, who are ready to blend the American and European heritages here in New York

“The cast and creative team expertly navigated the fine line between chaos and structure, transcending the basic requirements of performance and entering the realm of the deeply symbolic.” – Elizabeth Glasur, NY Theatre Guide

“Les Bonnes is both a satisfying revival of Genet and an auspicious debut for L’Atelier.” – Leah Richards, Culture Catch