The Magic Agency | Chapter 6: Behind The Red Curtain 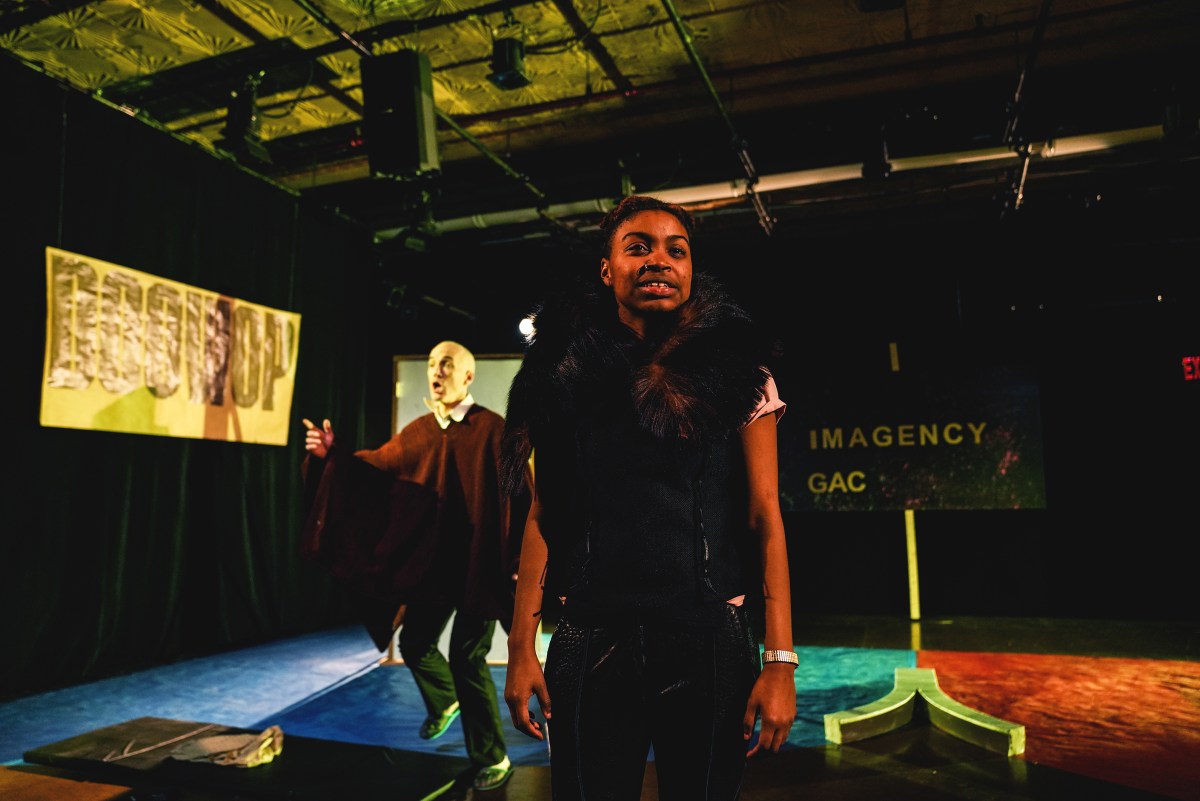 Lilac Co. is a Brooklyn-based experimental theatre founded by Sean Edward Lewis. Recent works have been presented in New York at Joe’s Pub, Dixon Place, The Tank, The Collapsable Hole, The Segal Center’s PRELUDE Festival, The Public Theater’s Under the Radar Festival, Zebulan, Saint Vitus, and the Polish National Home; abroad at The Roy Hart Institute and the Pantheatre Myth and Theatre Festival; and in D.I.Y. spots such as abandoned storefronts and church basements across the county. lilacco.org

Unique was born and raised in Los Angeles, California, and studied at the Theatre Academy Conservatory. She has played in a leading webseries called Away, in numerous short films including Get In which will premier at Sundance in 2019, and in several plays and commercials for Shea butter, Truth, Soundcloud, Ogilvy, TFL, Facebook and more. She recently closed a play at the New York 2019 Winterfest called Good Friday: Apocalyptic Tragedy, in which she played Lewie Wrightman. She also played Marsha P. Johnson at the Historical Homos book launch event in Greenwich Village. This will be her 4th theatrical production since she moved to New York. She is honored and blessed to be apart of this groundbreaking project and would like to dedicate her performances to the lost souls.

Eimi Imanishi is a screenwriter and film director based in New York. She directed two award-winning short films: Battalion to My Beat, which screened at the Toronto International Film Festival and won the Canal+ Award for Best International Short at Clermont-Ferrand in 2017, and One-Up, which won Best Narrative Short at Indie Memphis and was released online as a Vimeo Staff Pick film where it won Short of the Week. Imanishi was supported at the 2018 Sundance Institute Directors and Screenwriters Labs, and the Film Independent Directors Lab of the same year. She is a 2019 Time Warner Fellow.

Tyler Mashek is a stage manager and musician based out of NYC. This is his second time working with Lilac Co. He has worked on numerous productions including The Box NYC’s weekly variety show, Off-Broadway’s The Imbible, and surrealist carnival Forever Festival. Tyler holds a masters degree in Percussion Performance from New York University.

Lilia Shrayfer is a writer, theatre artist, actor and proud alum of the National Theatre Institute/Eugene O’Neill Theatre Center and the Sackett St. Writers’ Workshop. Her writing credits include Blood and Water ( The Brick Summer Trans Festival), Battery Saver (Midtown International Theatre Festival) and When Earth Mamas Rest (Boston Playwrights Theatre). Lilia has performed at Playwrights Horizons, Columbia University’s Department of Theatre Arts, Boston Playwrights Theatre, and the Atlantic Theatre in Jupiter, Florida. She is a 2018 recipient of the Greenhouse Residency for Emerging Writers at SPACE on Ryder Farm. Beyond her writing, Lilia is passionate about installation work and unconventional theatrical experiences that break boundaries.

Jonas Kyle is co-founder/owner of Spoonbill & Sugertown in Brooklyn that specializes in used, rare, and new books on contemporary art, architecture, and design fields – where they “handpick thousands of books every month for their voracious clientele.” Kyle writes poetry, fiction, and plays; has a degree in Ancient Greek, and lives in the east village with his wife and 2 kids.

Bob Jones is a composer and multi-instrumentalist who lives and works in Brooklyn. He received a Bachelors degree in Double Bass performance from Michigan State University. Equally at home in the genres of rock, classical, folk, and jazz, Bob has appeared on dozens of albums and has toured extensively in the United States and Europe. He has collaborated with a wide range of artists including Gunther Schuller, Tara Jane O’neil, Mirah, Frankie Rose, Fergus and Geronimo, and Eternal Tapestry. His band Eaters debut album is being released this spring on Driftless records.

For more than 20 years Ali Richmond of A Noble Savage artistry has shaped and influenced culture in music, fashion and art.  His eight page layout in Man of the World magazine Issue No.2 showcased the brilliance of his mind’s eye in building amazing installations of art and fashion crafted in his Brooklyn Studio- the home of his well attended blog. From having a production deal with Dr. Dre in the late 90’s to being featured in Kathleen Hackett’s Brooklyn Interiors (Rizzoli, 2016) Ali is dynamic source of inspiration and a well of knowledge.