Conquest of the Universe or When Queens Collide 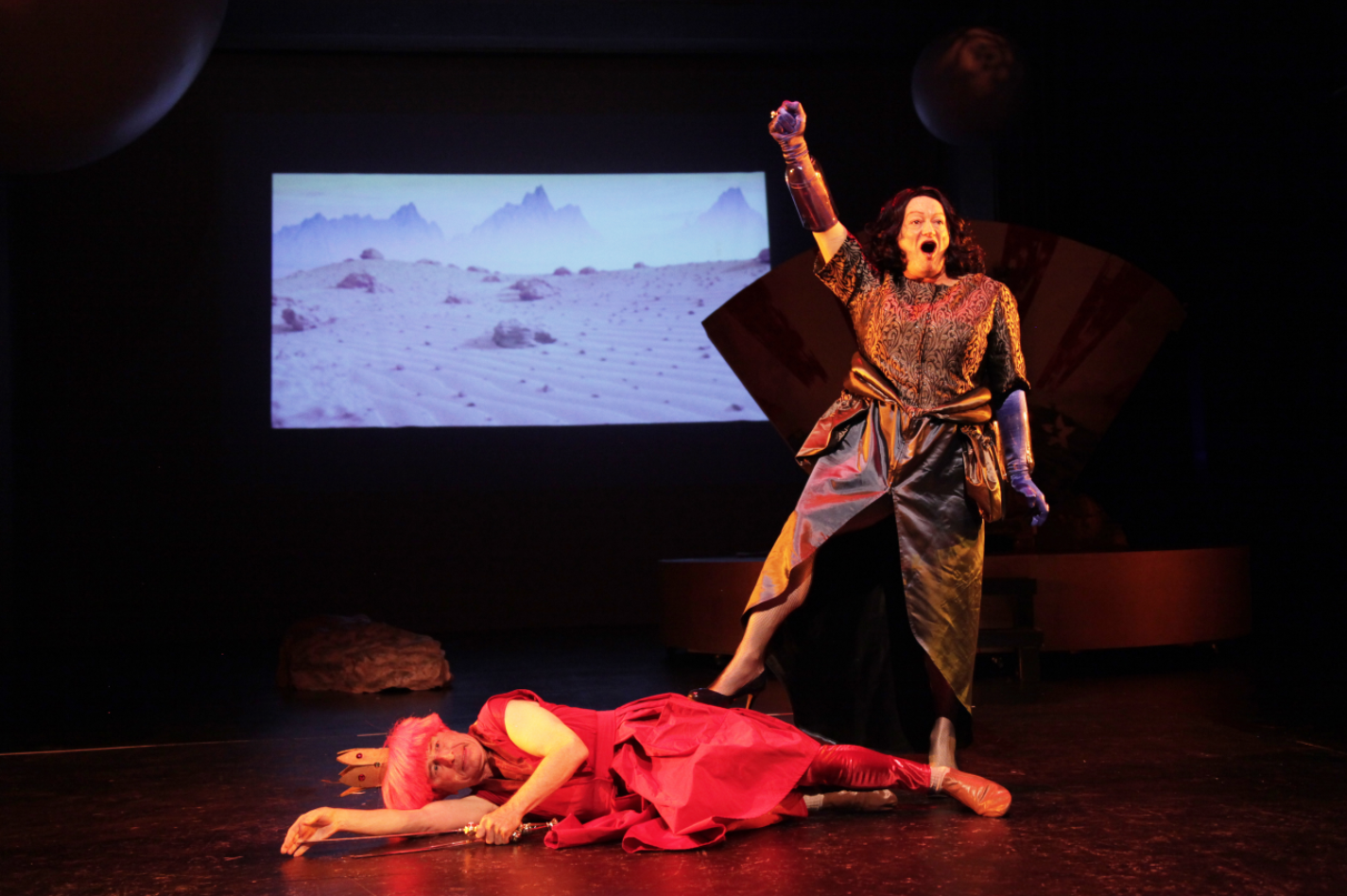 “An exceptionally lavish production…and improbable costumes by Ramona Ponce
that would be the envy of Lady Gaga…the cast seems to be having a high old time.”
-Ben Brantley, New York Times

Thursday to Saturday at 8PM; Sunday at 4PM; Monday, Nov 6th at 8PM

On the 50th Anniversary of The Ridiculous Theatrical Company and 30 years since Ludlam’s death, La MaMa celebrates the artistry of Charles Ludlam. A fully produced revival of Ludlam’s early masterwork Conquest of the Universe or When Queens Collide directed by Everett Quinton is the centerpiece of the Ludlam celebration. Conquest is an epic collage inspired by Marlowe’s Tamburlaine the Great that is as outrageous and timely today as when first performed in 1967.

Everett Quinton recently directed Charles Ludlam’s, THE ARTIFICIAL JUNGLE with Theater Breaking Through Barriers.  Everett also directed IN THE BAR OF A TOKYO HOTEL by Tennessee Willliams with Theater 292 and THE WINTER’S TALE by William Shakespeare with Yorick Theater. As an actor Everett recently appeared as Enobarbus and one of five Cleopatras in Shakespeare’s ANTONY AND CLEOPATRA.  Everett also appeared as Paulina and Autolycus in THE WINTER’S TALE, and Idris Seabright in DROP DEAD PERFECT, to name a few. Everett is a long time member of THE RIDICULOUS THEATRICAL COMPANY where he appeared in Charles Ludlam’s CAMILLE, BLUEBEARD AND THE SECRET LIVES OF THE SEXISTS.  Georg Osterman’s DR. JEKYLL AND MR. HYDE and BROTHER TRUCKERS.  As well as his own plays, A TALE OF TWO CITIES, LINDA AND CARMEN.

Charles Ludlam was an American actor, director, and playwright. Ludlam joined John Vaccaro‘s Play-House of the Ridiculous, and after a falling out, became founder of the Ridiculous Theatrical Company in New York City in 1967. He taught or staged productions at New York University, Connecticut College for Women, Yale University, and Carnegie Mellon University. He won fellowships from the Guggenheim, Rockefeller and Ford Foundations and grants from the National Endowment for the Arts and the New York State Council on the Arts. He won six Obie Awards, the Rosamund Gilder Award for distinguished achievement in the theater in 1986 and in 2009, Ludlam was inducted posthumously into the American Theater Hall of Fame.

“Nothing is off limits in Conquest of the Universe, with bits of high-art eloquence coexisting with instances of low vulgarity.”

The New Season of Theater: Listings for the Fall Season and Beyond

Ludlam Celebrated By Those He Loved

‘Conquest’ sees Ludlam celebrated by those he loved