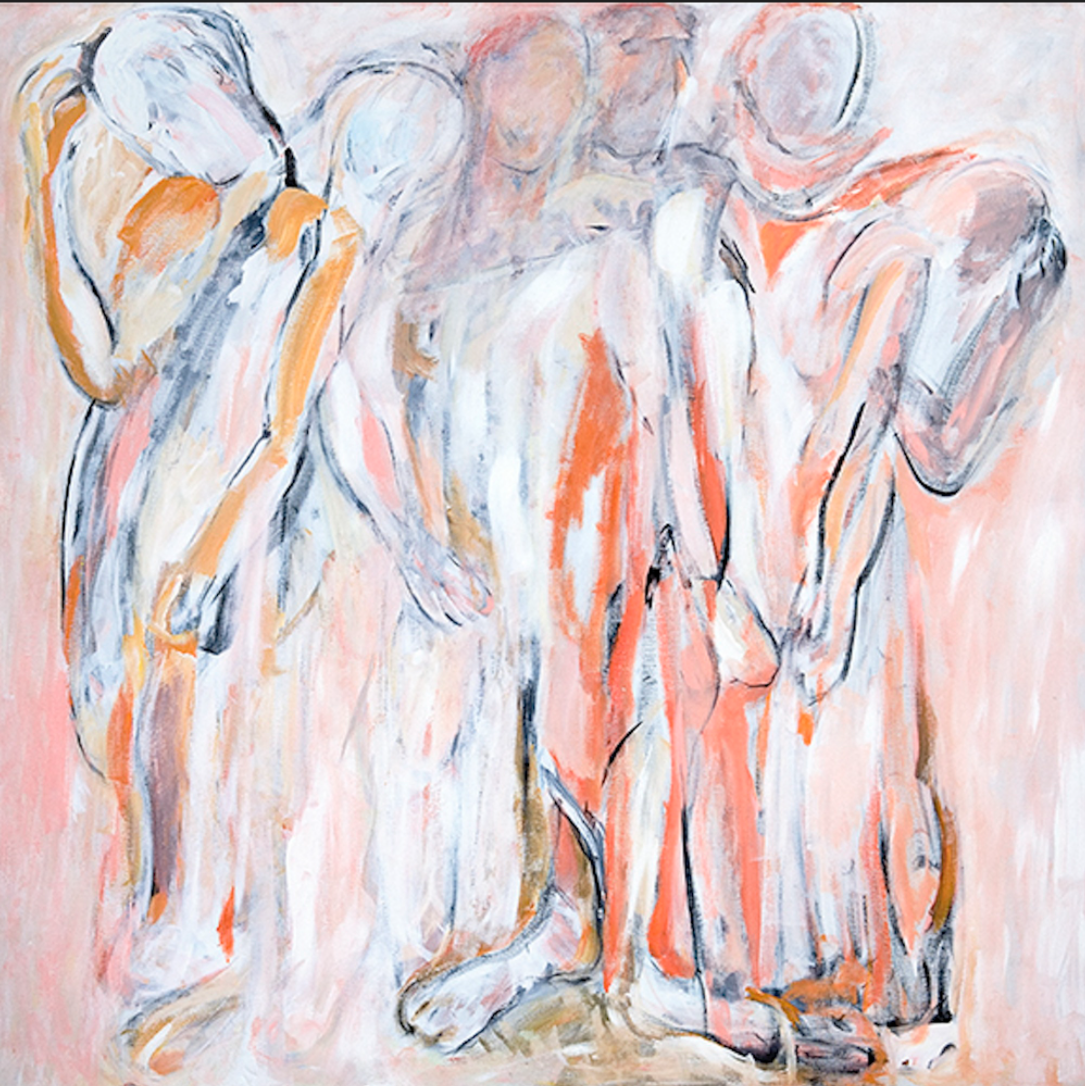 La MaMa Galleria is proud to present Angelus Novus, an exhibition of paintings and sculptures by New York City-based artist Lucero Gonzalez Jameson. Born in Mexico City, Lucero has exhibited internationally and received wide critical acclaim. Professor James Beck of Columbia University’s Department of Art History observes that Lucero’s images “slip in and out of a shallow netherworld on the rim between the here-and-now and another dimension.”

This exhibition takes its title from the monoprint executed by Paul Klee in 1920, which for many years was owned by the philosopher and criticWalter Benjamin. In his essay Theses on the Philosophy of History Benjamin describes Klee’s image as “an angel looking as though he is about to move away from something he is fixedly contemplating.” Working closely with the artist, curator Raúl Zamudio has taken Benjamin’s interpretation of this “angel of history” — caught between gazing at the past and being propelled by divine winds into the future — as a conceptual blueprint for the presentation of the work.

The exhibition’s narrative begins with a sizable transcription of Manet’s The Execution of Emperor Maximilian (1868-69). In her interpretation, entitled The Execution on Miramón No. 2, Lucero directs our attention to the death of her own great-great-grandfather, who was also killed that day.
From this haunting, historic starting point we encounter a plethora of mostly figurative paintings (some edging tantalizingly into the abstract),that depict forlorn youthful faces, totemic women, embraces and bacchanals. A febrile painterly touch dances us through unyieldingly strongmanifestations of composition, rhythm and dynamic equilibrium. The 20th Century itself is looked back on and sourced from: Chagall, de Kooning, Soutine and Matisse all speak through the works like guests at a lively dinner party. More recent peers like Susan Rothenberg enter periodically too; but the conclusive voice in the conversation is always Lucero’s own.

Throughout the space, sculpted heads and dismembered/fallen bodies speak to a visual library housing Rodin, Giacometti and the casts of unfortunates who died at Pompeii. Chunks of reclaimed neoclassical columns form a pile upon which a distinctly anachronistic little figure lies, apparently dead, gazing up into the heavens — a sharp evocation of Benjamin’s angel, yearning to “make whole what has been smashed”.

Through two carefully placed videos we are able to witness Lucero’s own hands transforming clay into distorted heads, followed by a poetic visual essay on how changing light affects these creatures — distortion often rendered natural and vice versa.

In a suite of seven self-portraits the centerpiece hangs disconcertingly upside down. Baselitz, the master of this language, is nodded to, but the vibe is different — we feel the artist suspended by her feet, her own history being shaken from her pockets like so many coins, forgotten fragments and pieces of lint. That which she has been contemplating and holding dear is deposited here and we are invited to join her as we are collectively blown into the future unknown.