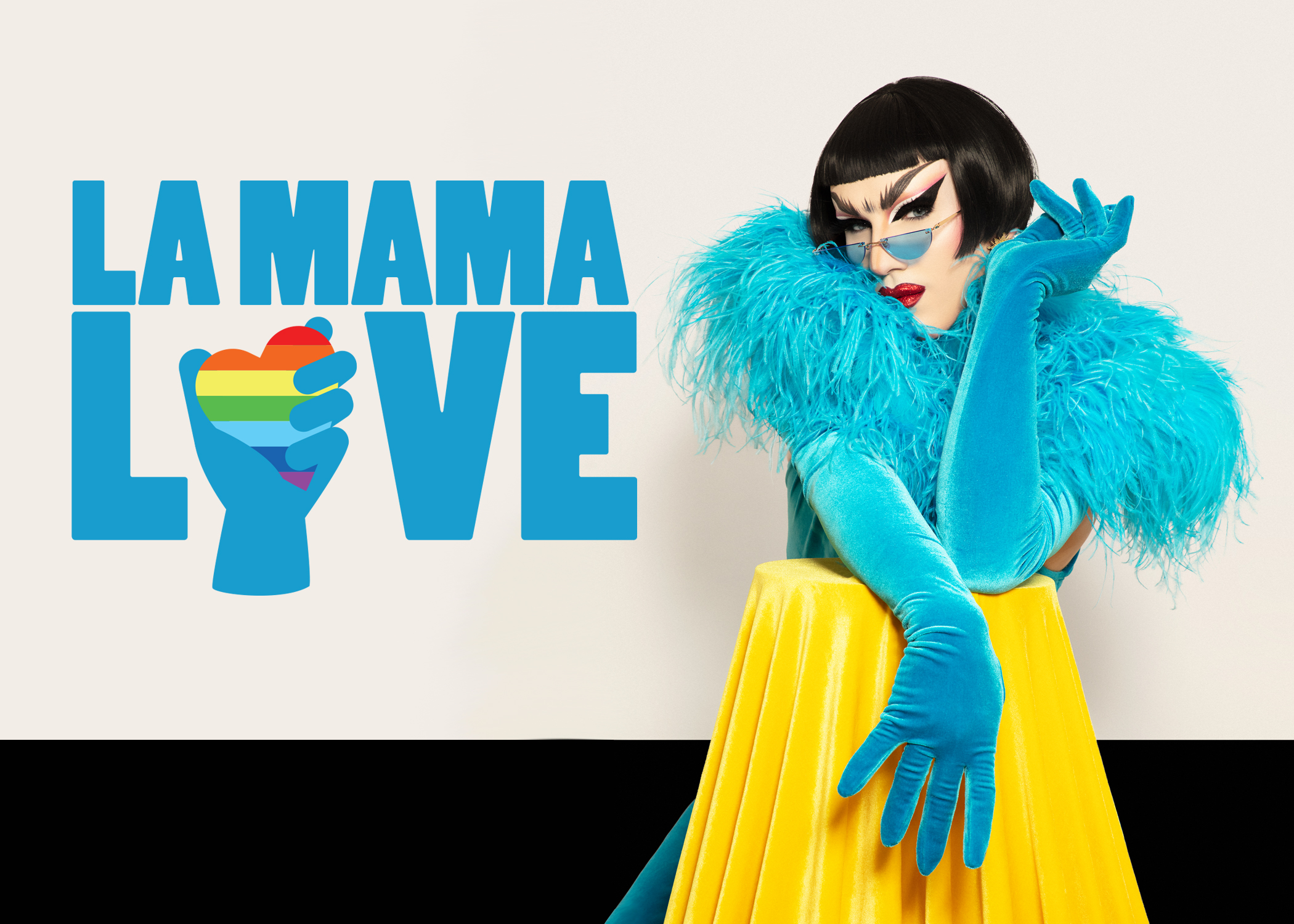 and artists from our international queer community

and artists from our international queer community

The La MaMa Love Cabaret celebrates intersectional queerness at this moment of historical change. This fundraising event brings together New York’s most illustrious queer artists with performers from abroad to envision a new future: a future that is full of love!

The Cabaret is a live, on site benefit that will welcome a limited number of vaccinated audience members into our theatre. La MaMa will adhere to the most recent COVID-safety protocols according to the State of New York. The event will also be live streamed globally to a virtual audience.

Love is what La MaMa was founded on: love for creativity, love for humanity, and love for the earth. As we celebrate Pride Month and close out our 59th Season, we will activate the shared love of our global community through art.

La MaMa is dedicated to the artist and all aspects of the theatre. We are a creative home to artists and audiences from around the world, a dynamic hub for risk-taking new performance, and a vital part of New York City’s cultural fabric. La MaMa believes in the power of art to reveal our shared humanity and supports artists of all identities in the creation of new work. In 1961, theatre pioneer Ellen Stewart founded La MaMa as a space for marginalized artists. Today, La MaMa is the only original Off-Off-Broadway venue still in operation. The love and support with which Ellen Stewart started La MaMa is still the heart of the organization. La MaMa is the recipient of the 2018 Regional Theatre Tony Award and dozens of Bessie, Drama Desk, Obie, and Villager Awards. 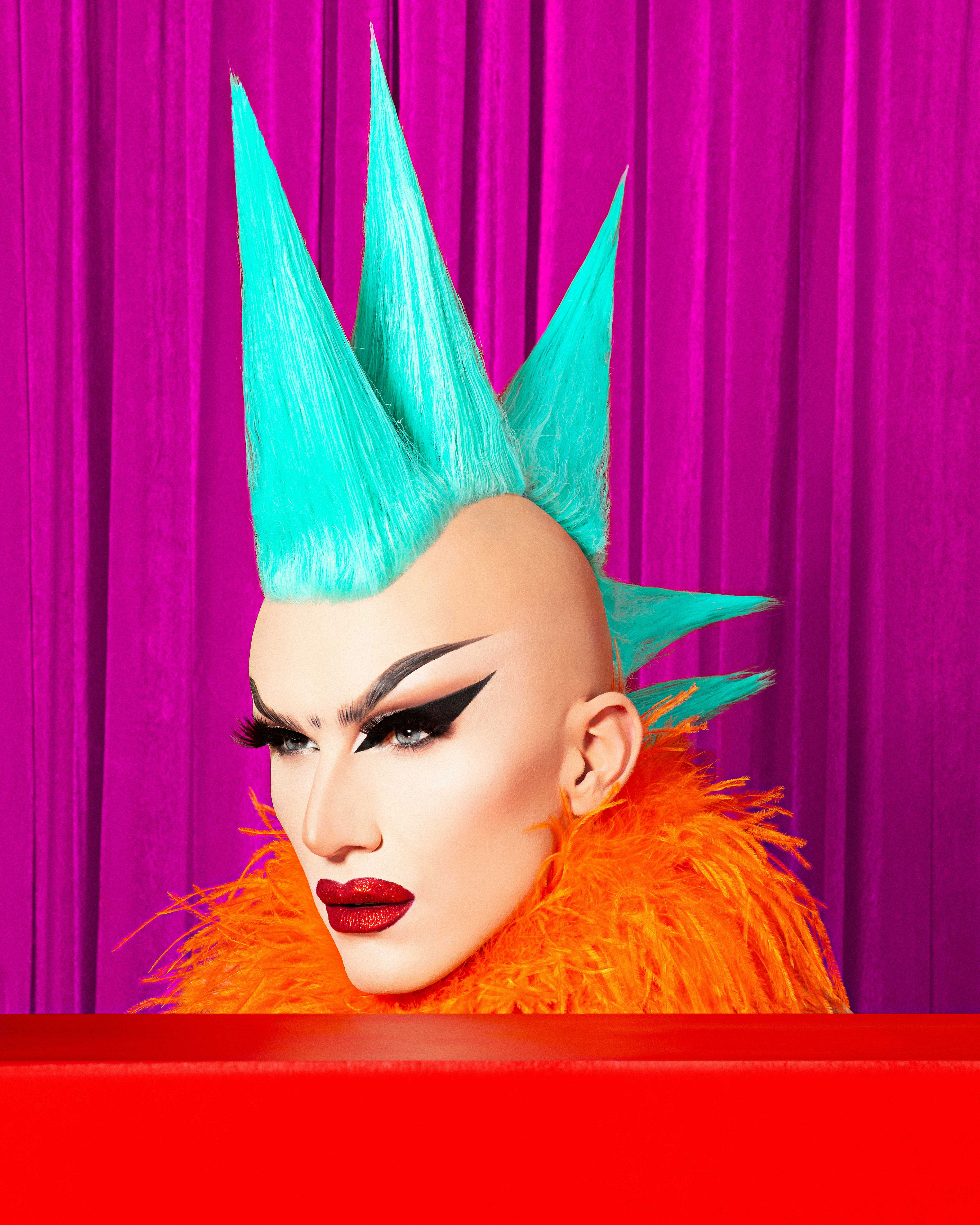 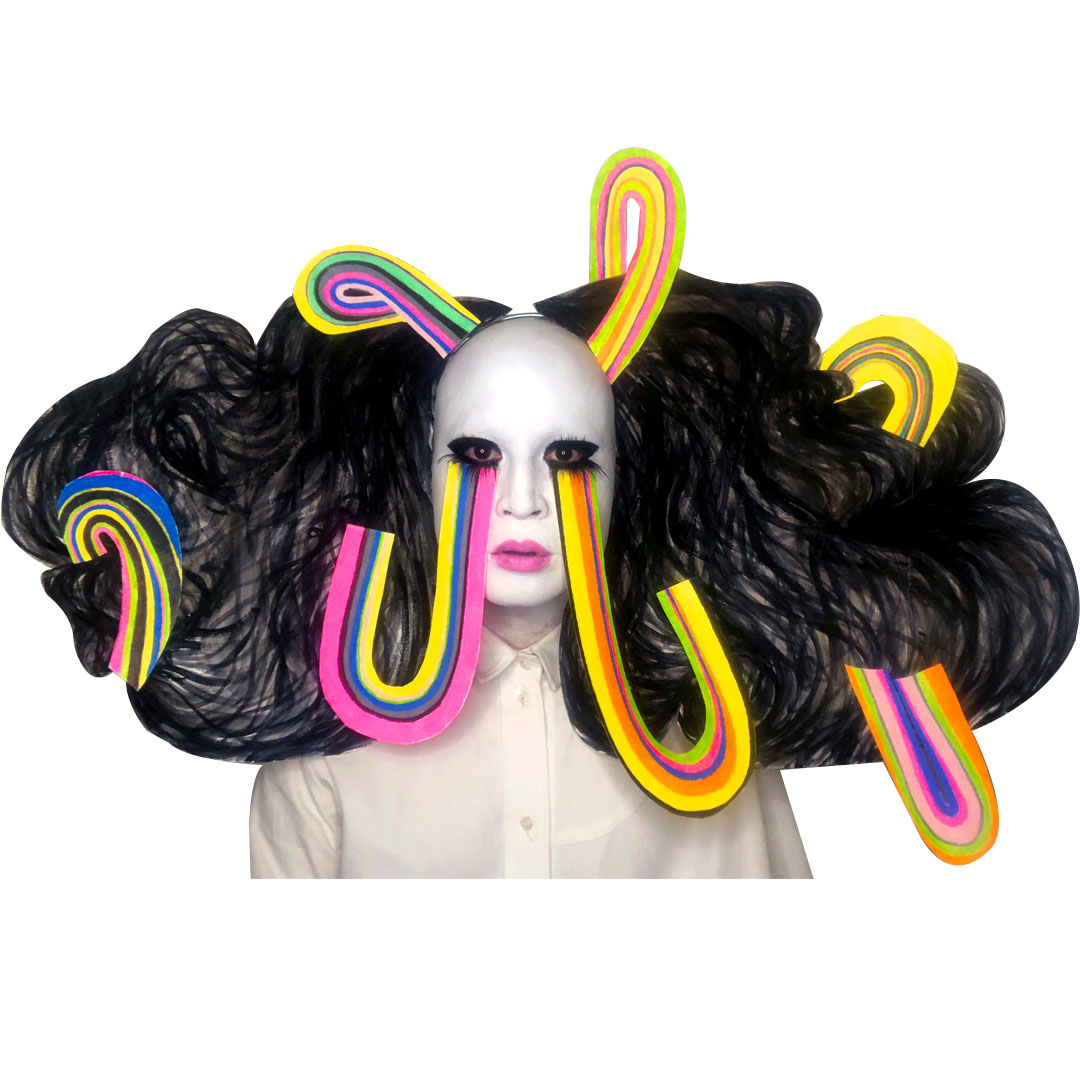 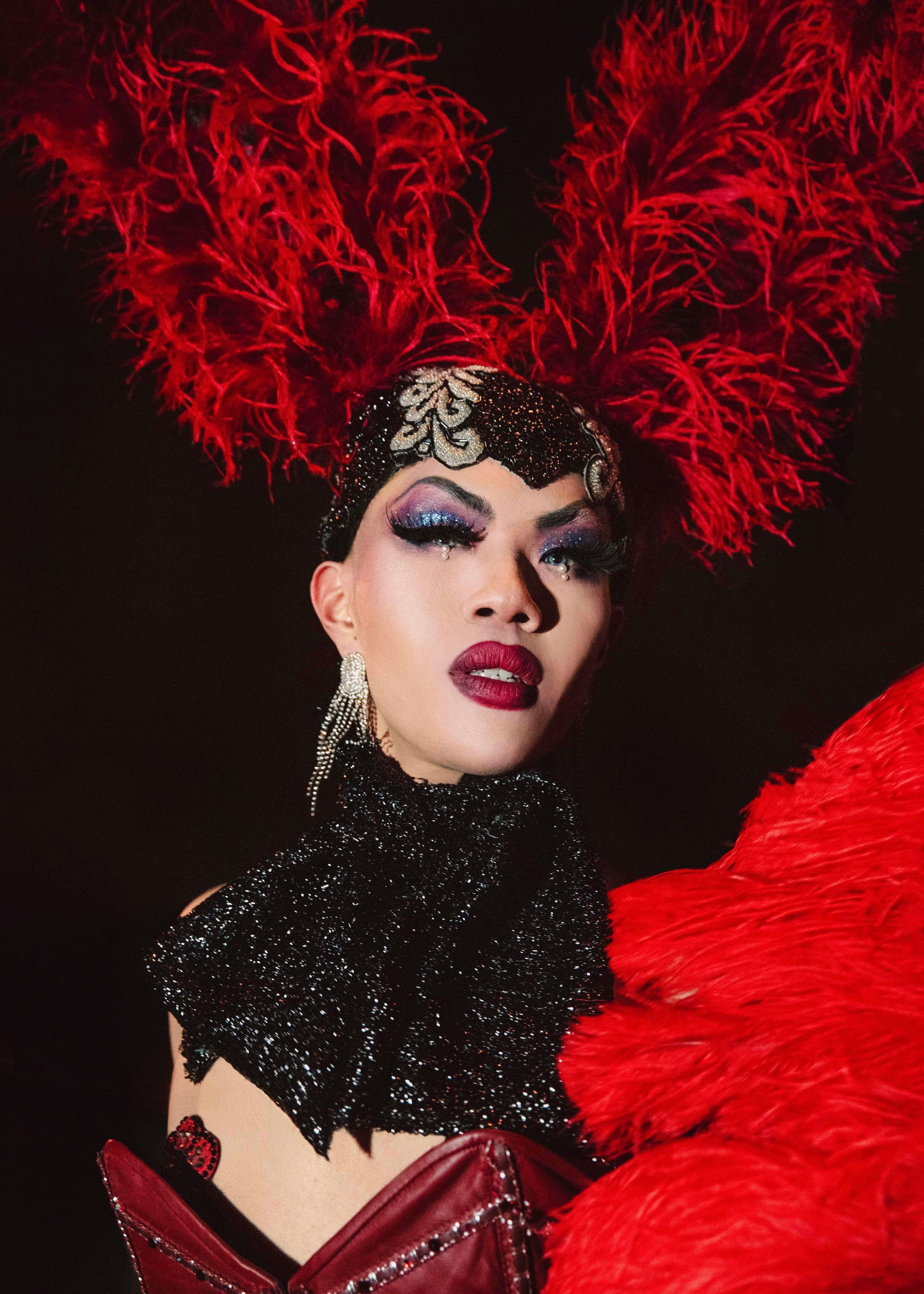 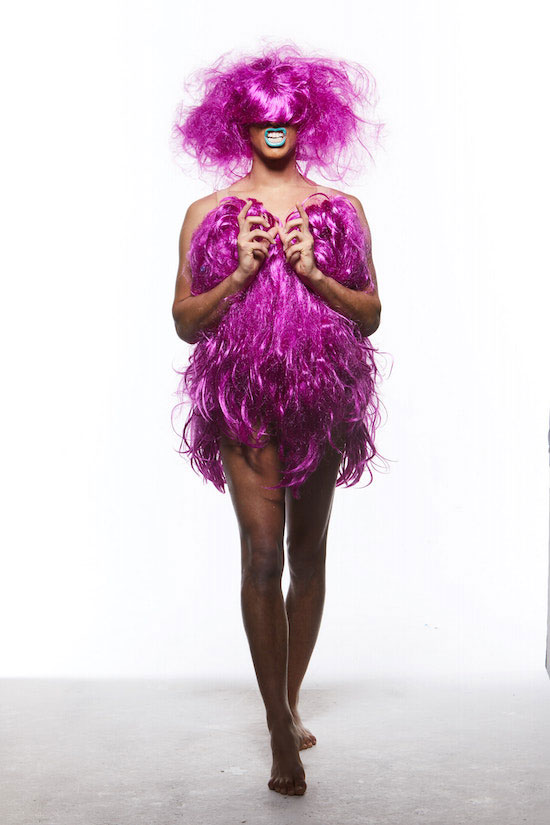 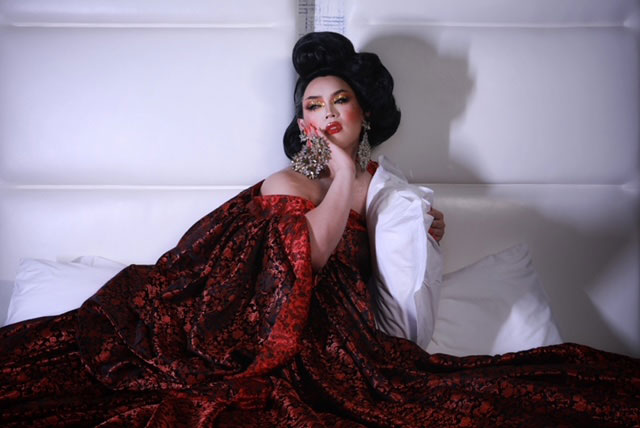 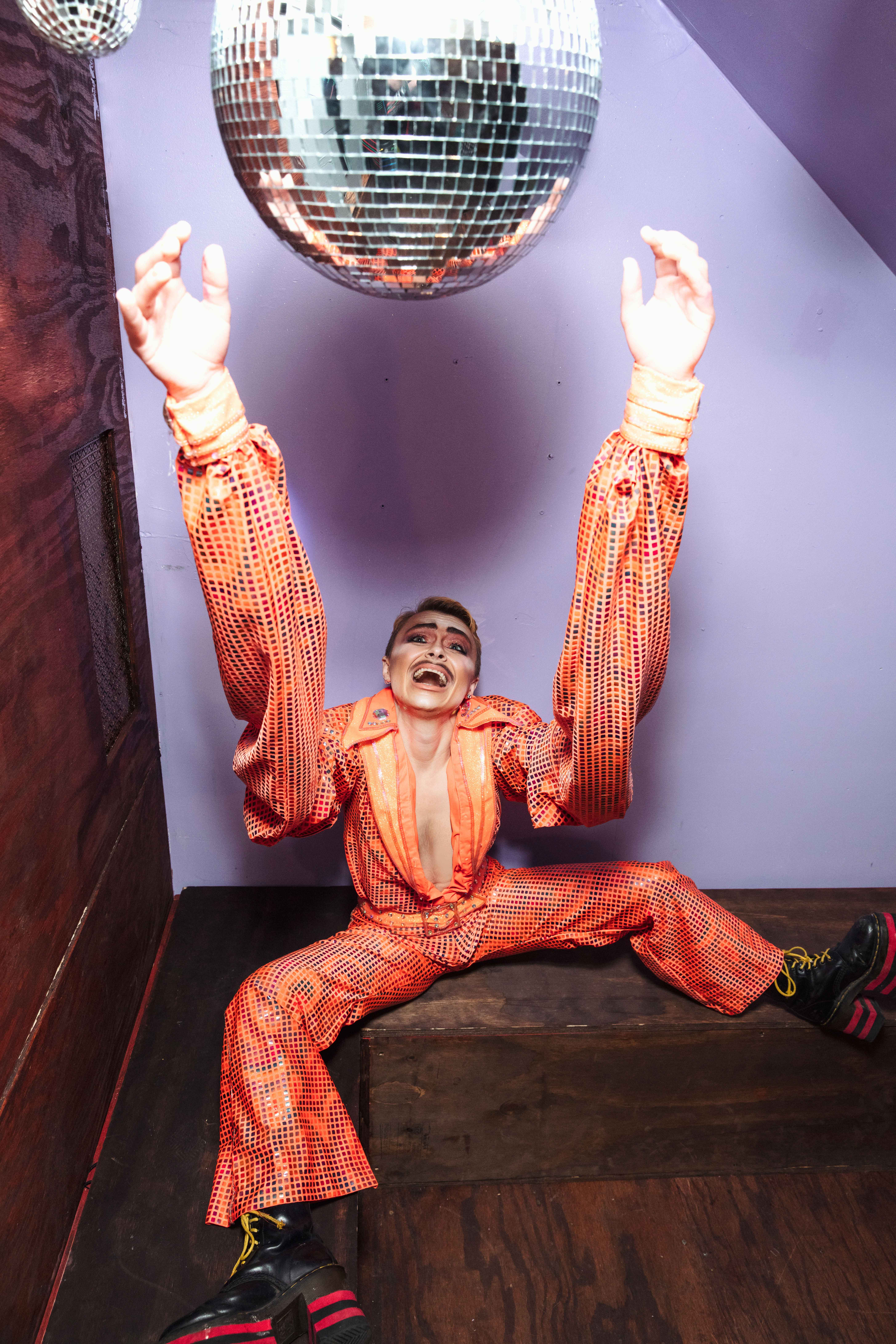 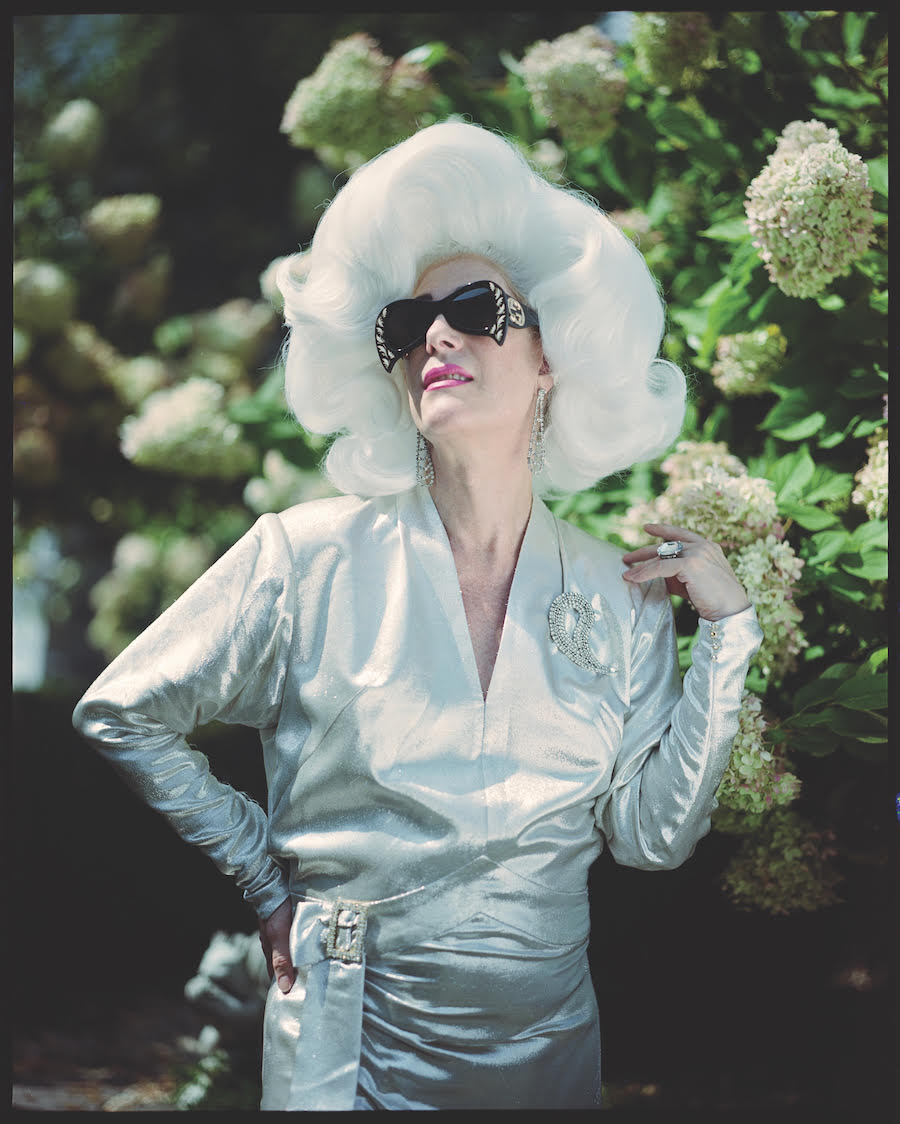 Sasha Velour is a genderfluid drag queen, global theatre star, actor, writer, creative director, award-winning television producer, and founder of House of Velour. Since winning RuPaul’s Drag Race: Season 9 (2017) with a rose-petal-filled lip-sync deemed “performance of the year” (AV Club), Velour has bewitched audiences across the world. In 2019, Velour debuted her first one-queen show, Sasha Velour’s Smoke and Mirrors, to international critical acclaim. Velour is also the director and host of NightGowns, a drag revue she began in 2015. Lauded by The New York Times as “among the most life-affirming shows you could find on any platform,” NightGowns is now available on The Roku Channel. Velour’s other television/film appearances include “The Bold Type” (FreeForm TV), “Broad City” (Comedy Central), and the “The Island We Made,” a short opera-film commissioned by Opera Philadelphia (2021). Through her namesake production company, House of Velour, Velour has also directed, hosted, and produced a NY Fashion Week show, a NYC World Pride float, multiple magazine shoots/covers, a 300-page art book about drag (Velour, The Drag Magazine [Collector’s Edition]), and her own merchandise. Variety included Velour in the “Power of New York List 2019” and she has made two appearances in the Out 100. A former Fulbright scholar and drag-historian, she has spoken at the Teen Vogue Summit, the Smithsonian, and the US Embassy in Singapore. She currently lives in Brooklyn, New York with her partner Johnny Velour and their Italian Greyhound Vanya.

Mx Justin Vivian Bond has appeared on stage (Broadway, Off-Broadway, and London’s West End), screen (Shortbus, Can You Ever Forgive Me?, Sunset Stories), television (High Maintenance, Difficult People, The Get Down), nightclub stages (most notably a decades-long residency at Joe’s Pub at The Public Theater in NYC), and concert halls worldwide (Carnegie Hall, The Sydney Opera House). They are the recipient of an Obie, a Bessie, and a Tony nomination; an Ethyl Eichelberger Award; and numerous artist grants. They have self-released several full-length recordings (including Dendrophile and Silver Wells) and toured the world as one half of the legendary punk cabaret duo Kiki & Herb. Mx Bond’s visual art and installations have been seen in galleries across the U.S. and abroad. Their memoir Tango: My Childhood Backwards and in High Heels (Feminist Press) won the Lambda Literary Award for Transgender Nonfiction. Mx Bond has a Masters Degree in Live Art from Central Saint Martins College (London) and has been at the forefront of Trans visibility and activism since the early 1990s.

Jasmine Rice LaBeija has been stomping the grounds of NYC since Pride of 2012. She is known for her beauty and incredible talent. Jasmine has won numerous titles around NYC since she started her drag career, including Miss Barracuda 2014, Miss Industry 2015, Miss Monster 2016, Miss Get Out Magazine 2016, and made top 5 at Miss Continental Plus 2016 (her first year competing) and 2017. She competed for Miss Continental 2017 with the skinny girls and made top 3. She became a member of the Royal House of LaBeija through Tiny LaBeija after walking her first ball in 2016's "The Coldest Winter Ever." In 2017, she was one of the main cast members on a reality documentary series called Shade: Queens of NYC on Fusion network. She is currently the host of Dragged, which is on its 2nd season and won a Shorty Award in Diversity & Inclusion, on Instagram: @InTheKnow. She is also featured in a short film called Inside & Outwards, narrated by Sarah Jessica Parker. Aside from her drag career, Jasmine is also an Opera singer and a graduate of The Juilliard School. She continues to further her career in both Opera and drag and performs around the world.

‍
Pixel the Drag Jester is an explosion of color, love, and art. She melds the mediums of drag, burlesque, hula hoops, aerial acrobatics, and dance to create unique queer experiences that range from extremely dumb, to deeply profound. She is a resident producer and performer at the nightclub House of Yes, and spends her time creating outfits, characters, choreography, and performances for events all over the world. She has produced "The Glitter Unicorn Sparkle Spectacular," and she has performed in; the Adelaide Fringe Festival (with Blunderland), the Bartschland Follies, Bonnaroo, Electric Forest, and the neo burlesque drag clown troupe Fou Fou Ha. She is the everything bagel of your dreams (gluten free options available).

Sweaty Eddie is a performer and animator creating transdimensional art under the name Erma Fiend. Fiend's work centers the fluidity of embodiment, nonlinear time, and the ambiguous states that exist between past / present selves and the external world. Fiend is known for documenting his gender transition over the years in hundreds of Escheresque stop motion self-portrait loops, which play like Möbius strips in GIF form. NYC's infamous little man with long arms is a founding member of Drag King collective The Cake Boys (@the_cakeboys). More of his animation work can be found at ErmaFiend.com or Instagram @Erma.Fiend.

Wo Chan AKA The Illustrious Pearl is a poet and drag performer. They are a winner of the 2020 Nightboat Poetry Prize and the author of TOGETHERNESS (2022). Wo has received fellowships from MacDowell, New York Foundation of the Arts, Kundiman, The Asian American Writers Workshop, Poets House, and Lambda Literary. Their poems appear in POETRY, WUSSY, Mass Review, No Tokens, and The Margins. As a member of the Brooklyn-based drag/burlesque collective Switch N’ Play, Wo has performed at The Whitney Museum of American Art, MoMA PS1, National Sawdust, New York Live Arts and elsewhere. They are currently the Communications Manager of Lambda Literary and the Editor of the Lambda Literary Review. Find them at @theillustriouspearl.

Untitled Queen is an artist, a child of Boriquen and the so-called Philippines, drag queen, poet, decolonizer, and community organizer based on the stolen land of the LenapeHoking, (so-called Brooklyn, NY). She is the recipient of the Drag Queen of the Year 2015 for the Brooklyn Nightlife Awards. She is a resident performer at Rupaul's Drag Race Season 9 Winner Sasha Velour’s Nightgowns. in 2020, She presented Untitled (World), the first global LGBTQIA+ digital drag show, with 47 drag artists each representing 1 country, and benefitting 3 HIV/AIDS organizations in honor of World AIDS Day.