Wir / Us / Nosotrxs, a declaration of love 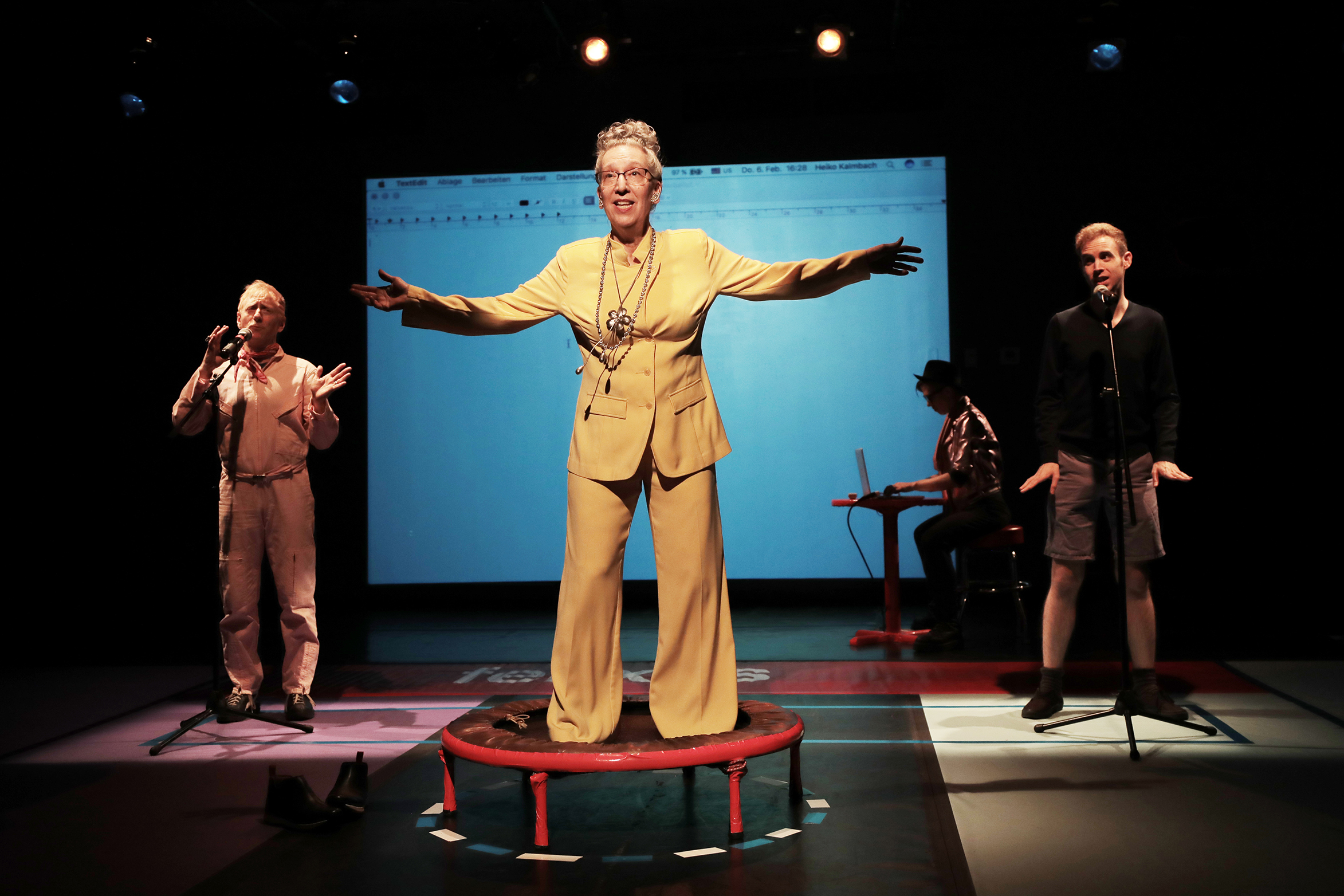 “An original theater piece where it’s to talk about love, a topic that concerns to all of us. The perfect formula to forget about everyday difficulties and stress, while you are entertained seeing beautiful people committed to their theatrical work.”

Thursday to Saturday at 8pm; Sunday at 5pm

Wir / Us / Nosotrxs, a declaration of love is a post-drama performance, giving the audience time and space to rethink “and they lived happily ever after.” This evening addresses the concepts of love that shape our self-esteem, our sexual fulfillment and our sense of freedom. Following a successful Premiere run at the National Theatre in Mexico City in fall of 2019, Antonio Cerezo brings this piece to La MaMa to extend this piece to the love of New Yorkers.

Let’s talk about love, better- let’s talk about romantic love. The tragedy of love is that one can not ‘not love’. So difficult to find love the way we have envisioned it. Our way of loving is full of ideologies. Many of us love in a patriarchal way.

“The directing work by Lisa Lucassen and Antonio Cerezo is formidable. their stage playfulness is rigorous and precise. They connect each scene successfully. The piece is dynamic, in constant action, so much that the audience is not distracted even for a moment.“

“The play is perfectly well structured, the performers show their unique human side and, instead of being a theatrical performance, it seems like a fun meeting between friends.”

This project was made possible with support of the following: 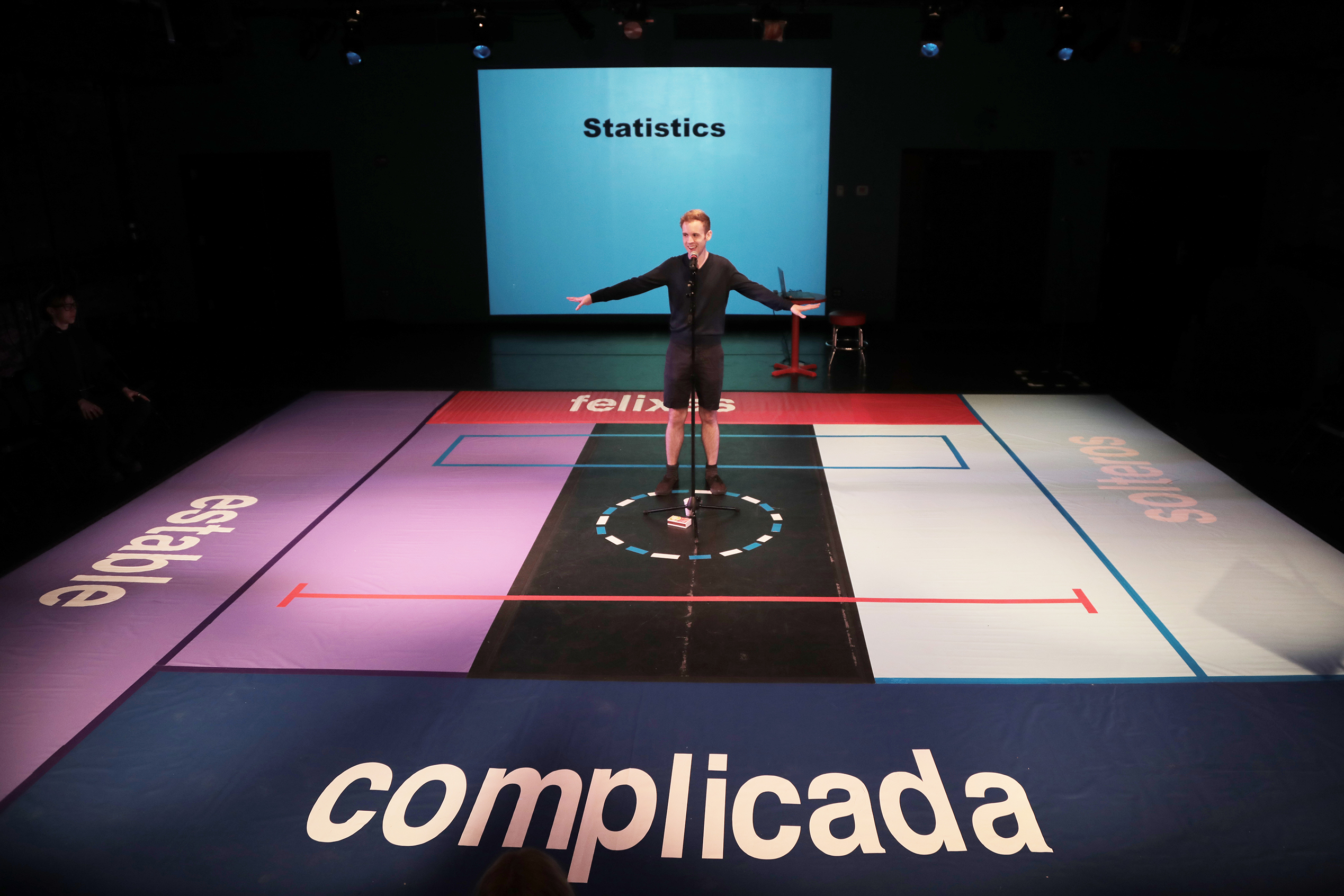 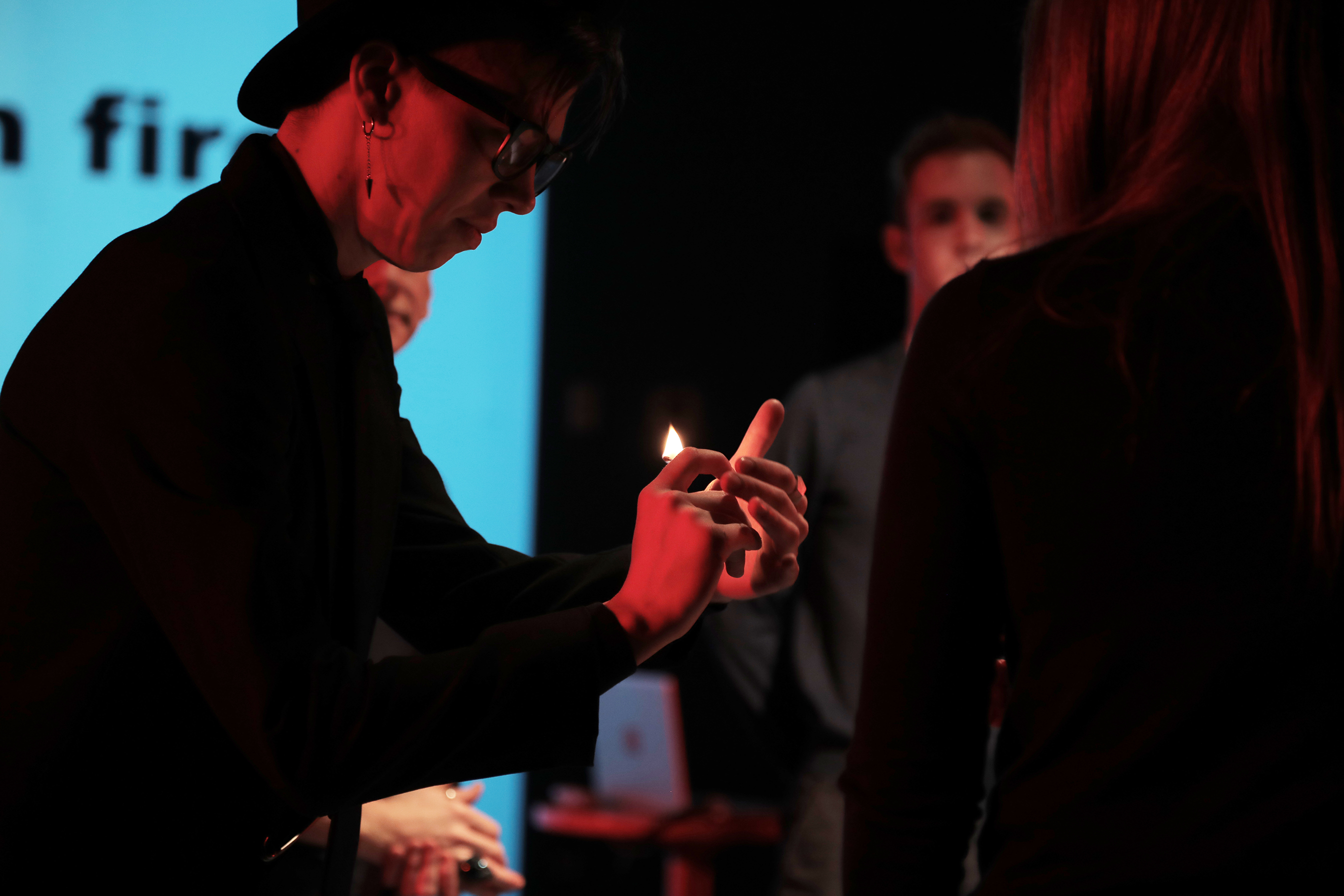 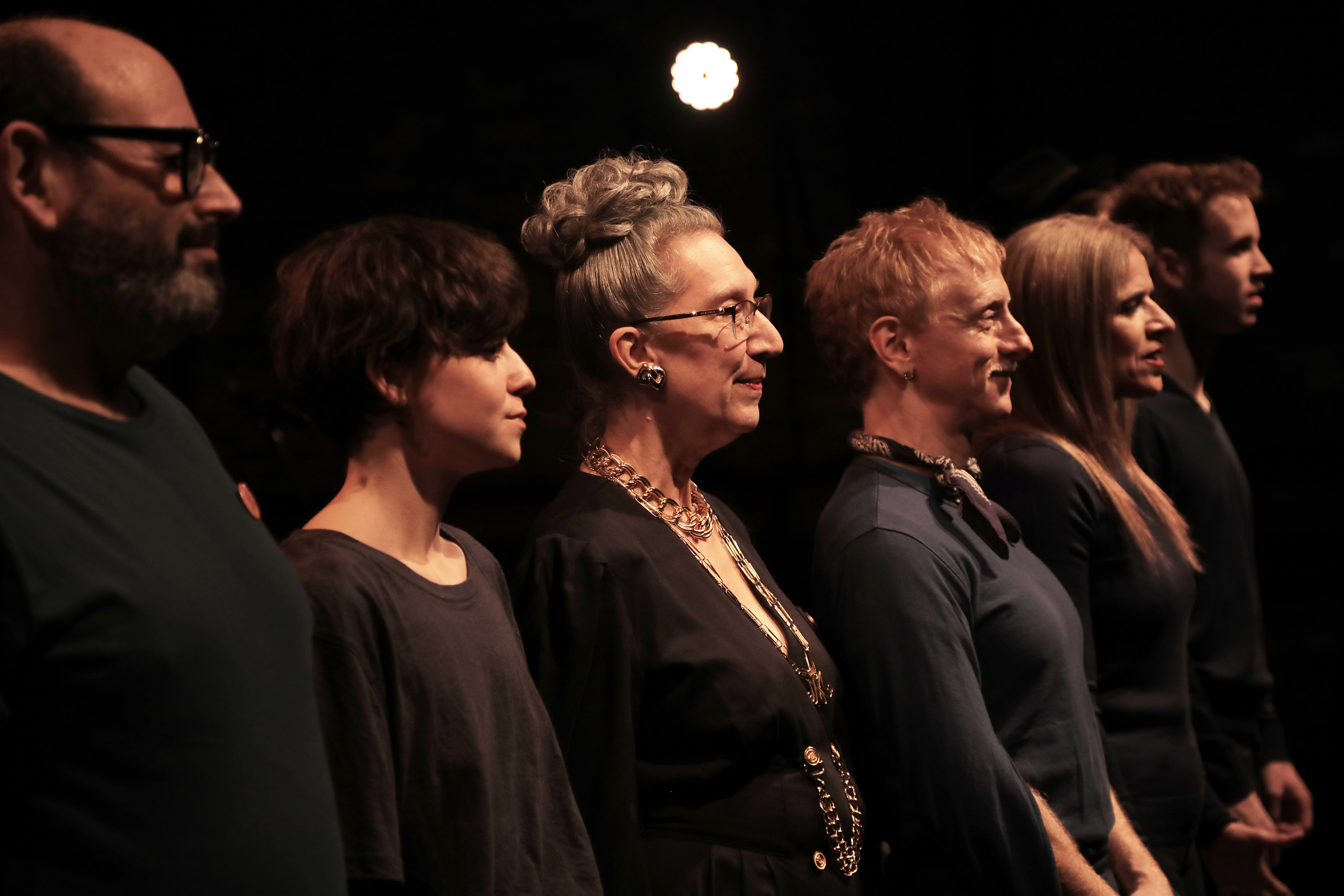 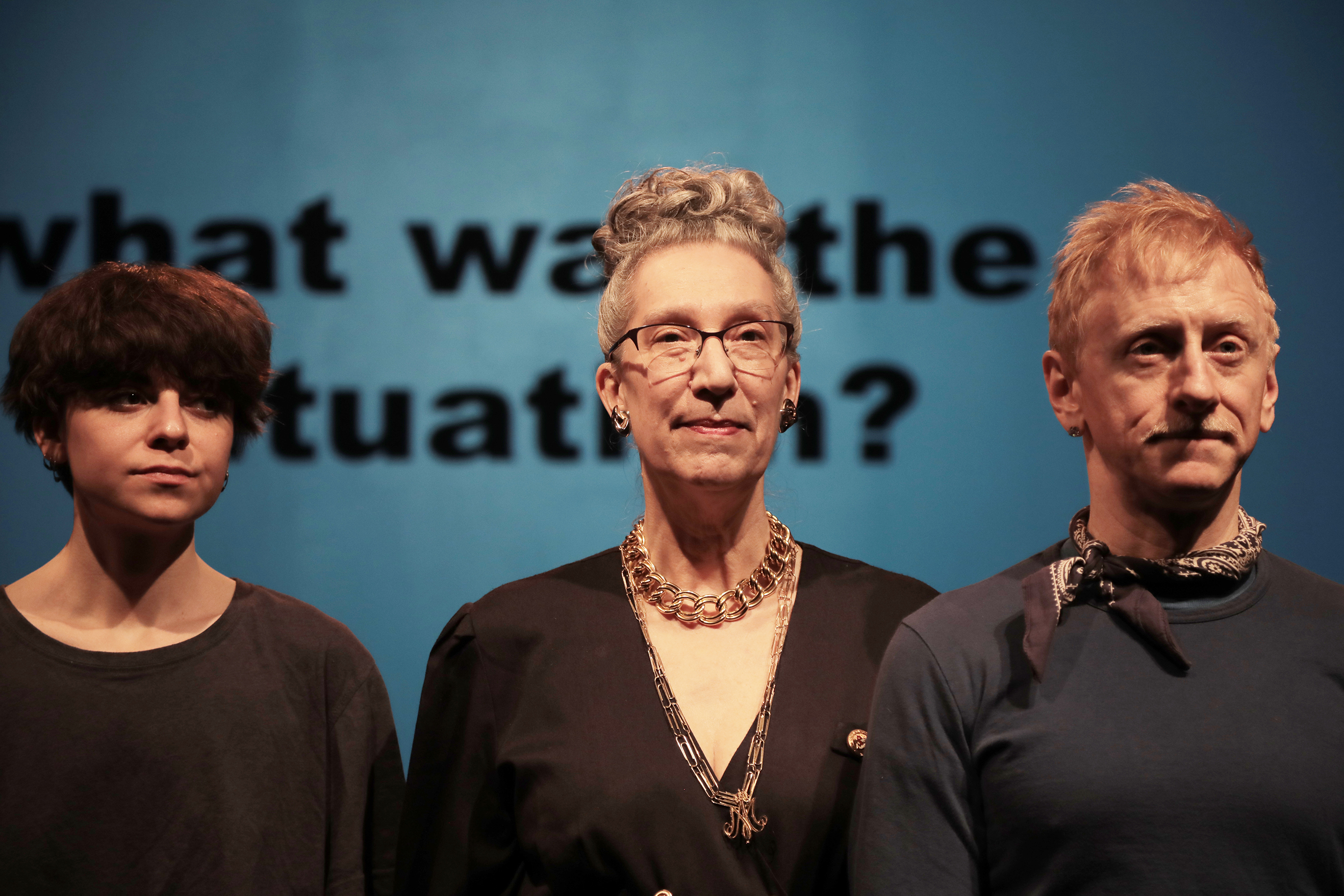 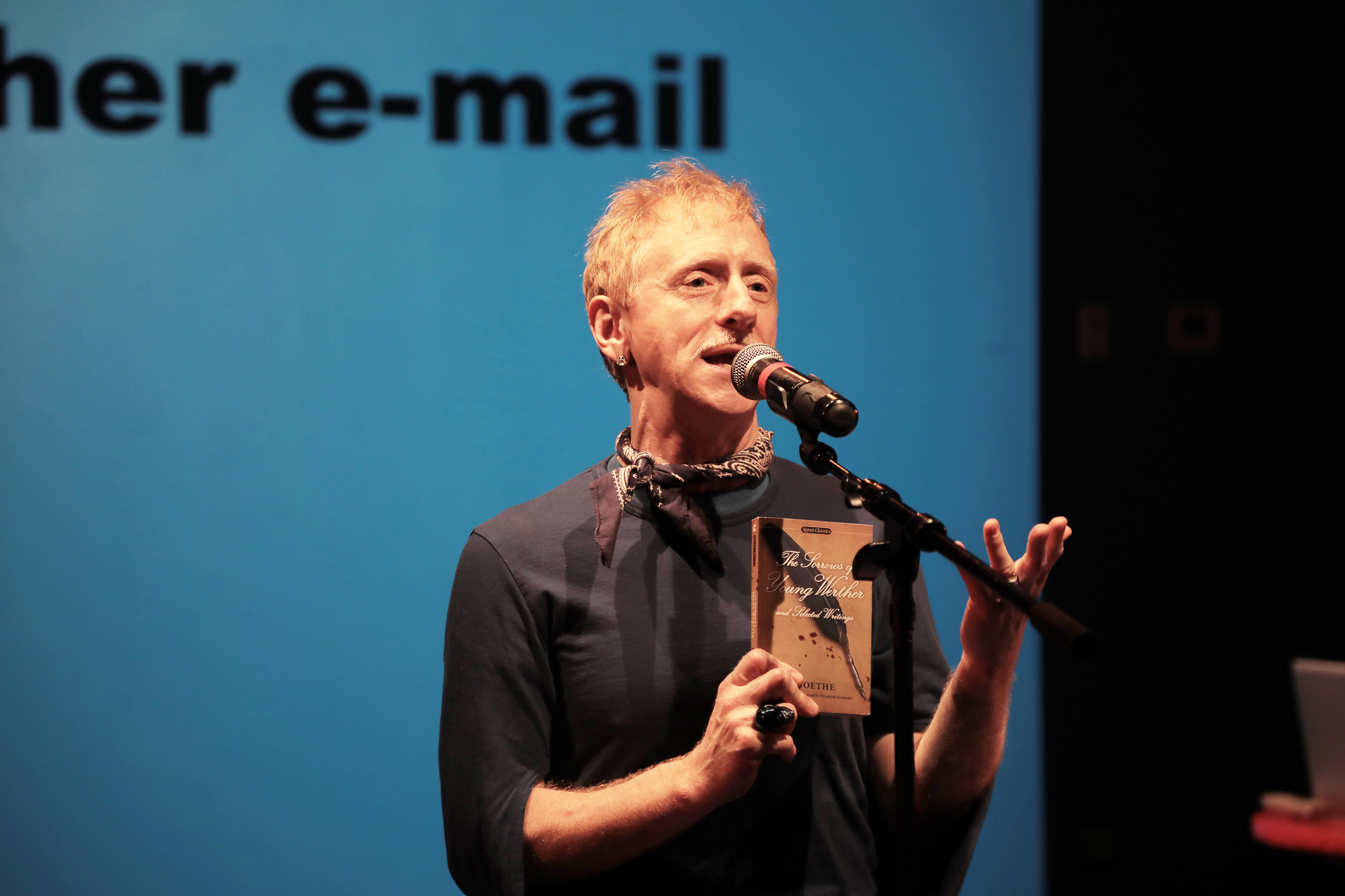 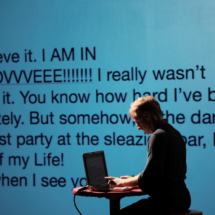 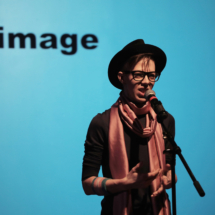 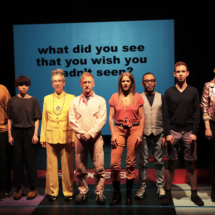 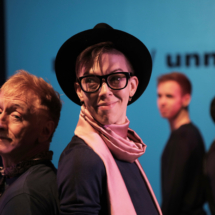 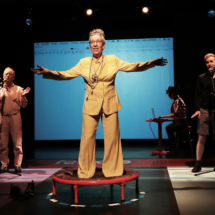 Antonio Cerezo was born in Mexico City in Sept. 1972, he pursued drama studies at the National University of Mexico and HB Studio in New York City. Since 1992 he’s worked professionally as an actor in Mexico City, the United States and Europe. His work has navigated in a variety of forms and contents like; physical theatre, political theatre, puppetry, etc. His last written plays engaged into the debate of Identity: social, cultural and sexual identity. Since 2007 he’s based in Berlin where he has developed his recent works. His project “There’s no home like place” got the grant Interkulturelle Projekte 2016 from the Berlin Senate. In 2017 he got the three year grant from the Mexican Ministry of Culture FONCA in its program Scenic creators with a trajectory in Theatre 2018-2020.

Lisa Lucassen was born in 1969 in Dusseldorf and raised in Frankfurt / Main. She did her Theater Studies in Gießen 1990-1995. Founder member of the Performance Collective She She Pop in which has worked numerous productions from concept to text development, costume design, stage design and theatre technician. Lisa has large experience in teaching workshops, giving lectures, nationally and internationally touring. SheShePop just got the main Theatre Award in German Theatre at the prestigios Festival Theatertreffen 2019, they are predominantly women and they work as a collective. The performers see themselves as authors, dramaturges and practitioners of their stage art. The inclusion of their own autobiographies is above all the method and not the purpose of their work. since 2007 she’s living in Berlin.

Heiko Kalmbach is a filmmaker, video artist and stage director. He pursued drama and cultural studies in Bremen and Berlin before completing a film degree at New York University’s Tisch School of the Arts. His films have screened at Festivals like the Berlin International Film Festival, São Paulo Film Festival und CPH:DOX Copenhagen. His work for the stage as a director and video designer has been presented at Drama Fest Mexico, Autorentheatertage Hamburg, Volksbühne Berlin and the Fusion Festival. He has been teaching in his fields of practice since the late 90s and has been a tutor for film and dramaturgy at the Architectural Association’s Interprofessional Studio (MA/MFA in Spatial Performance and Design) in London since 2009.

Arturo Lugo is a multifunctional artist graduate from the Centro de Educación Artística “Luis Spota Saavedra” and the Escuela Profesional de Danza in Mazatlán EPDM. He was a fellow of the National Funds for Culture and Art (FONCA) 2011-2012 and the 2017-2018 generation of the Akademie der Künste in Berlin Germany. He has worked as an performer, art director, costume designer and lighting designer for various artistic projects in Mexico and Berlin. In 2013 he founded and manages the Stage Art Project “Amplio Espectro“ and the company LA SANTA CULPA.