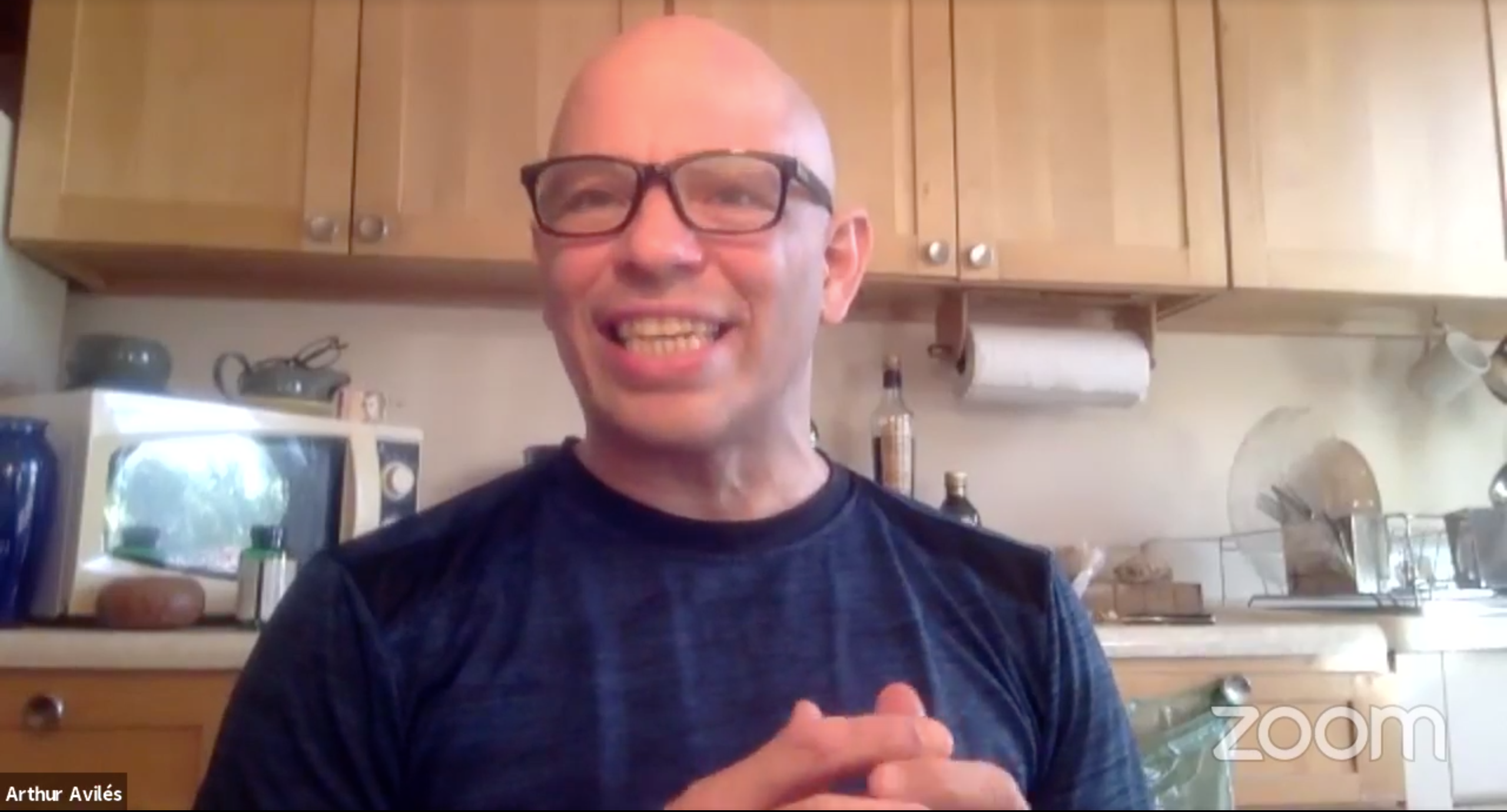 Arthur Avilés and Charles Rice-González from BAAD! Bronx Academy of Arts and Dance

This week La MaMa Live Talk checks in with Arthur Avilés and Charles Rice-González from BAAD! Bronx Academy of Arts and Dance to talk about how they are responding to the COVID-19 pandemic and what the future may look like for performance.

Click here out more about BAAD! and view their upcoming programming at http://www.baadbronx.org/home.html

Arthur Avilés, an award-winning New York-Rican dancer/choreographer, was born in Queens and raised in Long Island and the South Bronx. He’s the founder of his contemporary dance company, Arthur Aviles Typical Theater, and the co-founder of BAAD! The Bronx Academy of Arts and Dance. He received his B.A. in dance and theater from Bard College, and became a member of the Bill T. Jones/Arnie Zane Dance Company, and toured internationally with the company for eight years.  The New York Times called him “…one of the great modern dancers of the last 15 years.” Aviles was honored with an honorary doctorate from Bard College in 2015 and has also received a Bessie Award, an Arts and Letters Award from his alma mater in 1995, a BRIO (Bronx Recognizes Its Own) Award, a NYFA (New York Foundation for the Arts) Fellowship, the Mayor’s Award for Art and Culture in 2008, a National Endowment for the Arts (NEA) Master’s Grant from Pregones Theatre in 2010 and Gay City News Impact Award in 2018.  He’s choreographed over 3 dozen dances, many of which embrace Latino and queer cultures, and performed with his company at dozens of venues in NYC and around the country.

Charles Rice-González, born in Puerto Rico and reared in the Bronx, is a writer, long-time LGBTQ activist, and co-founder of BAAD! The Bronx Academy of Arts and Dance which presents empowering works for women, people of color and the LGBTQ community. He worked in the publicity and public relations field in the arts for over 20 years for Universal Pictures, on Broadway and Off-Off Broadway and with various dance groups including Noche Flamenca, Ballet Hispanico, and the National Ballet of Cuba. He received a B.A. in Communications from Adelphi University and an M.F.A. in Creative Writing from Goddard College. His debut novel, Chulito (Magnus 2011), has received awards and recognitions from the American Library Association and the National Book Critics Circle, and he co-edited the anthology From Macho to Mariposa: New Gay Latino Fiction (Tincture 2011). His play I Just Love Andy Gibb was published in Blacktino Queer Performance: A Critical Anthology (Duke Press 2016). His honors include the Lambda Literary Foundation’s Dr. Betty Berzon Emerging Writer Award in 2014, an award from the New York City Council in 2016 and a Lannan Foundation Fellowship in 2018. He teaches in the English Department at Hostos Community College and is the chair of the board for The Bronx Council on the Arts and The National Association of Latino Arts and Cultures.