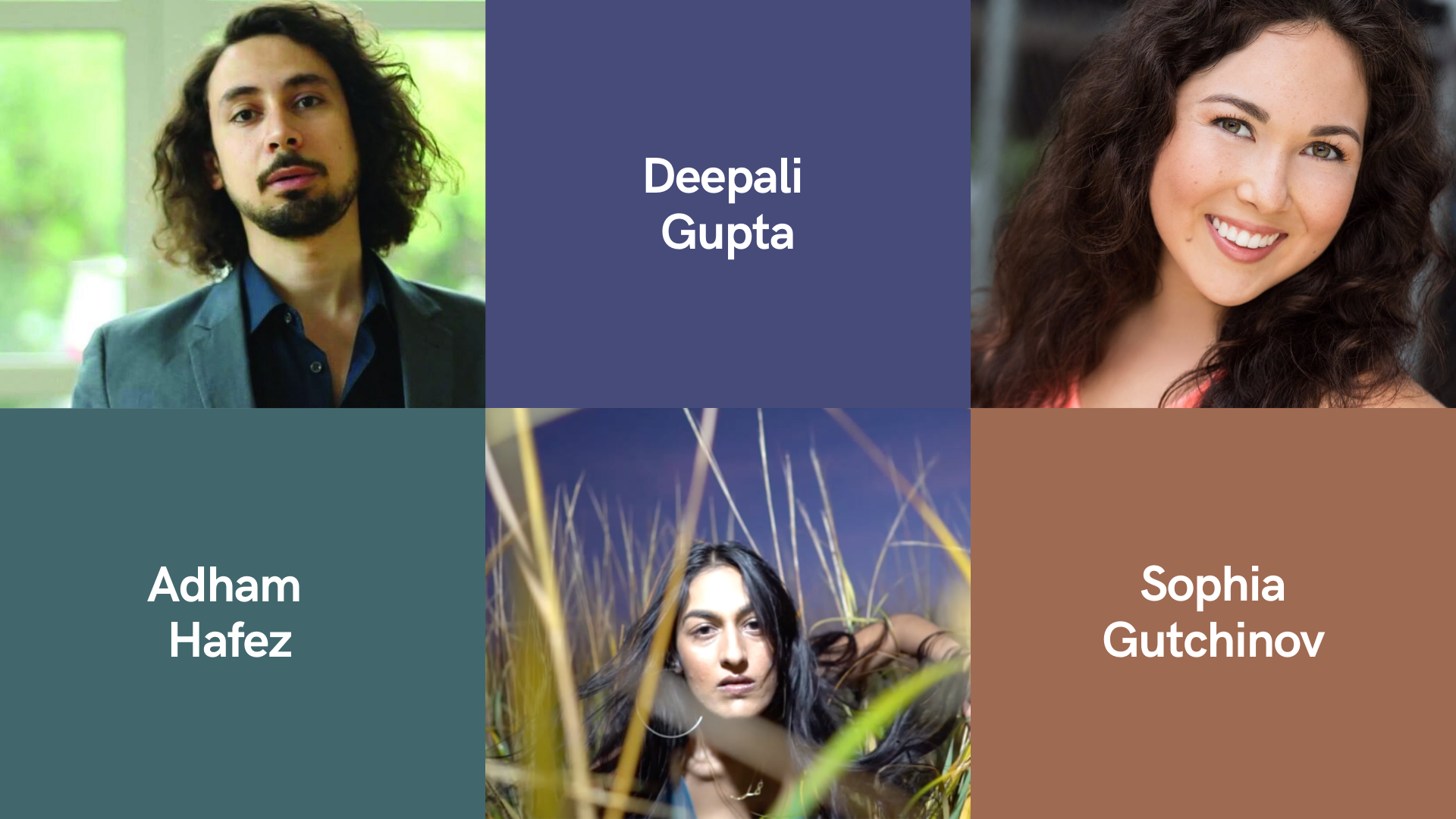 Join us for LiveTalks and meet with our resident artists.

Become a Patreon Supporter and watch anytime after the premiere, on-demand. Click here to learn more.

Adham Hafez is a curator, theorist, historian and artist. His work encompasses postcolonial studies, the Anthropocene and performance, politics of choreography, Arab art history, knowledge production, and climate change. As an artist and a theorist his work has been presented internationally at world renowned venues including Hebbel Am Ufer, Cairo Opera House, MoMA PS1, Sharjah Architecture Triennial, Damascus Opera House, La Mama Theatre, among others. He publishes essays and texts in Arabic, English and French, and he is the founder of HaRaKa Platform, the first Arab platform dedicated to performance studies and choreography, that was established over 15 years ago. He is also the founder of the publication Cairography that translates and publishes essays on dance, performance, politics and choreography from and about the Arabic speaking region. Adham Hafez has received multiple awards for his work, including First Prize for Choreography, and Cultural Entrepreneur of the Year. He is a graduate of New York University, SciencePo Paris, Amsterdam University of the Arts, and Cairo Opera House.

Deepali Gupta is a performance artist, theater practitioner, and songwriter. Their work circulates ideas surrounding madness and divinity as they relate to the colonized and feminized body. She is the daughter of Kashmiri and Bengali immigrants, and writes in (dis)order to upheave and unravel both lived and inherited traumas. Deepali is a neuroqueer person concerned with Mad studies and disability rhetoric. Their art is made in an effort to enact transformational justice and reach abolitionist futures.

Their work has been presented by The Public Theater, Lincoln Center Theater, Ars Nova, The Bushwick Starr, Target Margin Theater, and The Poetry Project. She has collaborated with theater and media companies such as Piehole, New Saloon, and Tender Claws on acclaimed and award-winning projects; including Ski End, Minor Character, and The Under Presents. She is an Affiliated Artist with The Civilians and Target Margin Theater, a member of the New Georges Jam, and a member of The Poetry Project's Board of Directors.

Recent work includes perverse reverie forever (YouTube) and the poet says (SoundCloud). Current projects include I Love You Stranger (diagnosing the mirror), in development with Ars Nova; and United States v. Gupta (in collaboration with Caitlin Sullivan and Lucy Jackson), commissioned by JACK and in development with support from the Brooklyn Arts Council, New York State Council on the Arts, and the NYC Women's Fund for Media, Music, and Theatre.

Sophia Gutchinov is a multi-ethnic actress, performance artist, comedian, activist, model, and voice over artist based in New York City.

She loves creating through collaboration. She creates art that sparks a conversation, has a message, and makes you laugh. Sophia also makes art for social change and healing, focusing on civil rights, body positivity, and feminism. Growing up in a bi-racial household, with a Roman Catholic mother and a Tibetan Buddhist father, she considers herself to be a spiritually self-made woman. She brings her spontaneous, dedicated, and adventurous personality to her work.

You can find her most recent projects on her website that include:

#BLM visual, performance art, and photography that was featured at the Hudson Guild in Chelsea

Self-made comedy about how the MTA is like God

She graduated in the top 10 of her class at Marymount Manhattan College with a BFA in Acting, specializing in experimental theater. She received her minor in Neuroscience as well. She regularly teaches webinars about the business of acting and has taught meditation webinars as well. She has a production company with Lauren E. Butler called The Tadpoles, where they create sketch comedy specific to NYC, being a millennial, and living in COVID. She loves bringing people together, especially through her art.