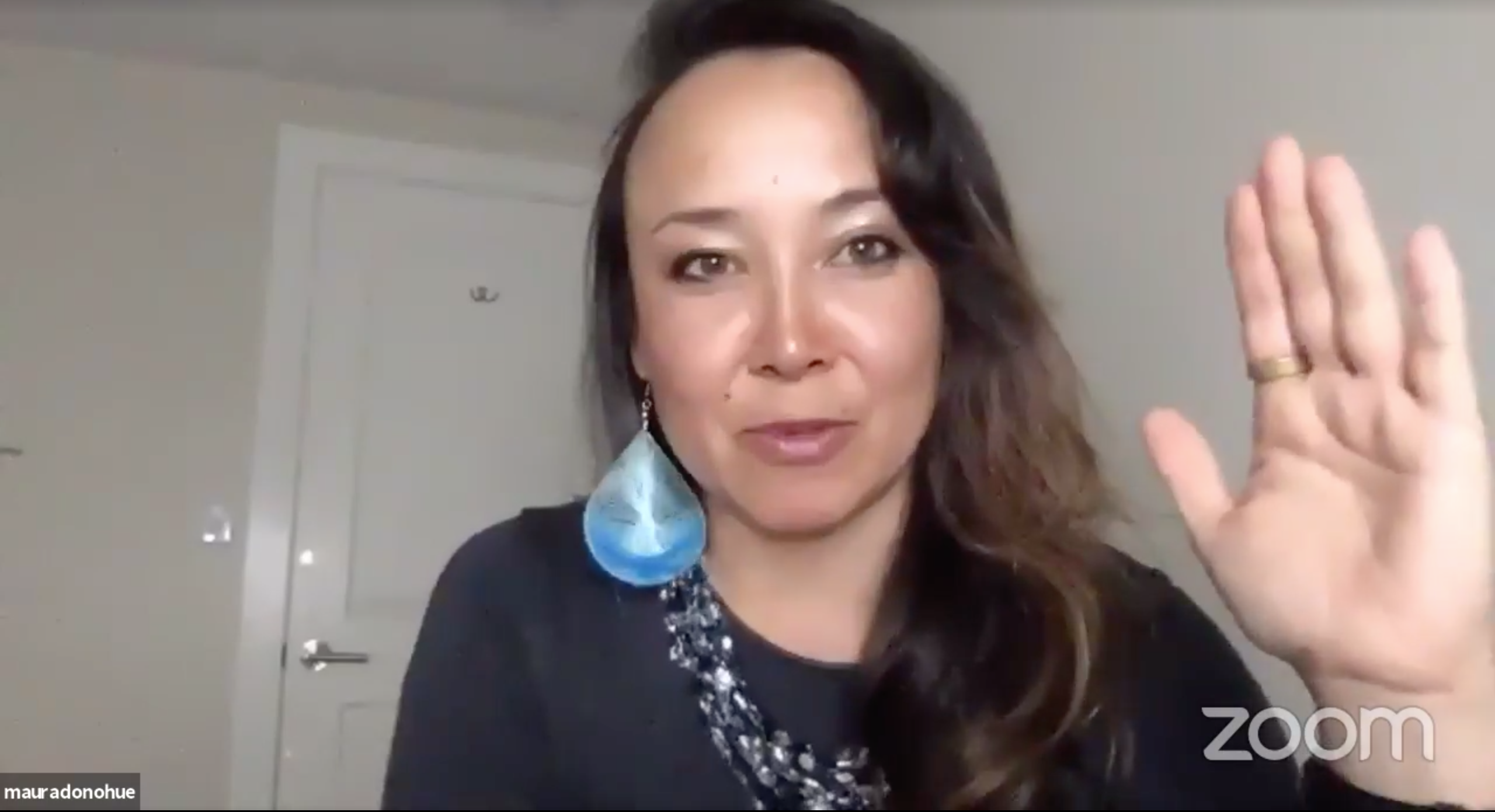 This week La MaMa Live Talk checks in with Maura Nguyen Donohue and Elizabeth Hess to talk about how professors, teaching artists and arts educators are responding to the quarantine and global pandemic and what the future of this important field might look like.

Maura Nguyen Donohue is Associate Professor of Dance and Faculty Associate for Roosevelt House Public Policy Institute at Hunter College/CUNY. As a member of La MaMa’s Great Jones Repertory Company since 1997, she has toured the US, Europe and Asia in productions by Italian directors Motus (“Panorama”), Croatian director Ivica Buljian (“Pylade”), Ping Chong (“Angels of Swedenborg”) and Andrei Serban/Elizabeth Swados’s “Trojan Women,” “Electra,” and “Medea.” Since 1995, her company MND/inmixedcompany was produced regularly in NYC and toured extensively across the US and to Canada, Europe and Asia. She served on the Board of Directors for Movement Research, the Congress on Research in Dance and Dance Theater Workshop and as Co-Chair of the Small Capacity and Breaking Boundaries subcommittees of The New York Dance and Performance Awards (The Bessies) Committee. She has written for Culturebot, American Theater Journal, Dance Magazine, the Dance Insider, MR’s Performance Journal and was guest editor for Critical Correspondence’s “University Project.” She has published academically in the collection Contemporary Directions in Asian American Dance and for the Women and Performance Journal.  She co-curates the Estrogenius Festival, a celebration of works by women and gender non-conforming artists. She holds both a BA in Anthropology and Dance (‘92) and an MFA in Dance (‘08) from Smith College. She does other things, she won’t mention in a bio because of the two teenagers she’s supposed to model good behavior for.

Elizabeth Hess is an actor, playwright, director, Arts educator and Artistic Director of the newly-formed company, The Hess Collective: www.thehesscollective.com (produced at La MaMa, Dixon Place, TheaterLab). She has also developed multi-disciplinary projects with The O’Neill Theater Center, NYU, The New Group and The Lark. She is author of ACTING & BEING: Explorations in Embodied Performance (Macmillan in 2017) based on her approach to performance honed over 20 years of teaching primarily at NYU and international workshops. Her acclaimed solo work has been performed around the globe (Bucharest, Kiel, Stockholm, Prishtina, Berlin, Bath, Barcelona, Edinburgh, Toronto, Yerevan, New York, Off-Broadway and UN Conference on Gender Violence). Other acting credits include work with The New Group, Women’s Project, Irish Rep, MTC and NYTW in New York, as well as an extensive list of regional theaters. TV credits include Clarissa Explains It All; Law & Order; All My Children and Another World. Film credits include: Handsome Harry; Italian Lessons; Buddy & Grace and Soldier’s Heart.