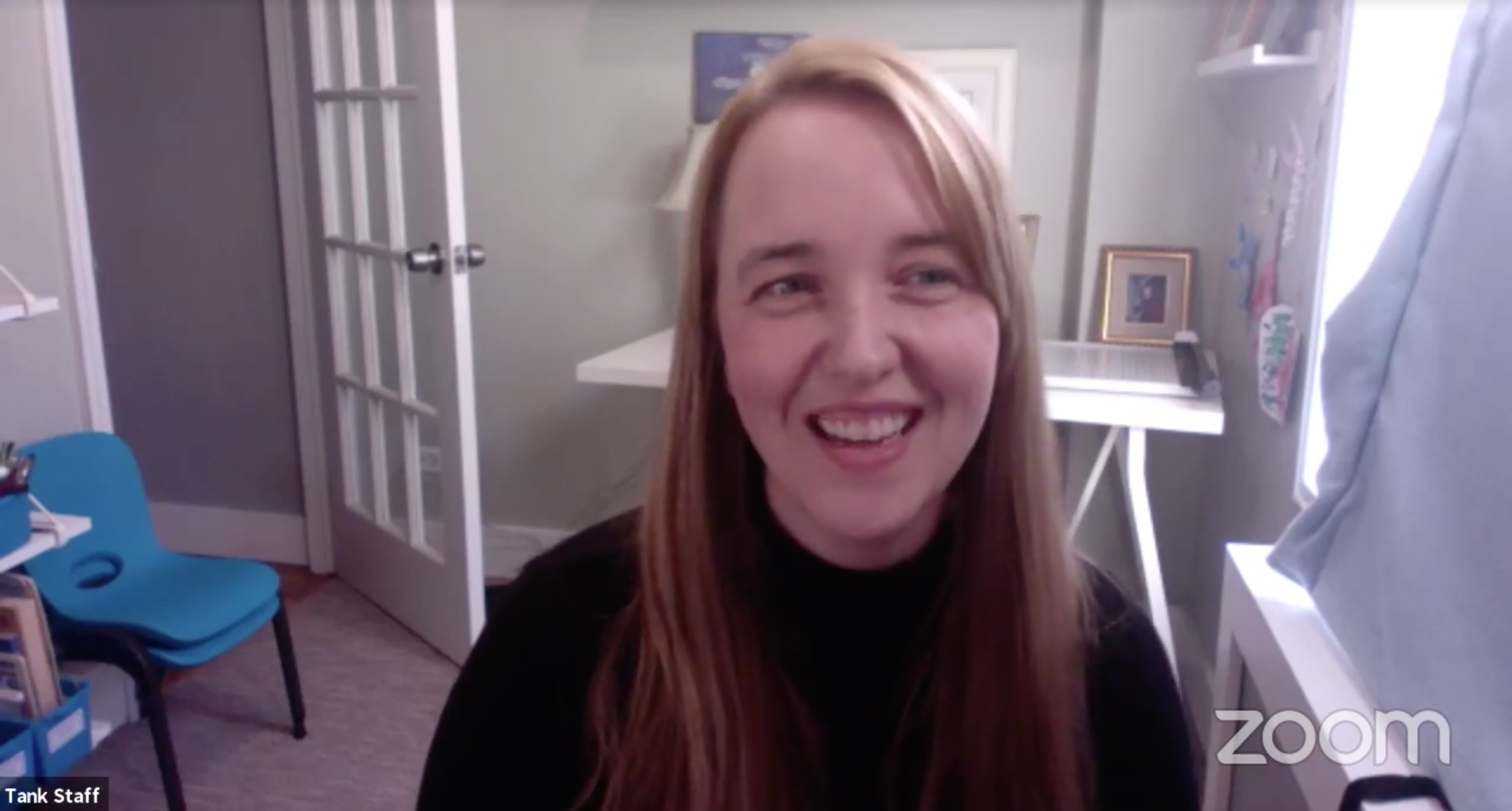 Theresa Buchheister (Dude Judy) is a Kansan New Yorker and founder and co-director of Title:Point, founder and Artistic Director of The Exponential Festival,  and co-founder of Vital Joint. Theresa directs, produces, performs, curates, facilitates and writes for theatre and theatre-adjacent performance realms.

Meghan Finn is the Artistic Director of The Tank on 36th Street in NYC. Recently she directed the World Premiere of Mac Wellman’s The Invention of Tragedy at The Flea.  Previously she directed the World Premieres of his plays The Offending Gesture (The Tank/3LD) and 3,2’s; or AFAR (Dixon Place) as well as several other productions of his work. Other highlights include: WHEN WE WENT ELECTRONIC by Caitlyn Saylor Stephens (The Tank); Manufacturing Mischief: A Noam Chomsky Puppet Play (Pedro Reyes at The Tank, MIT, Carnegie Mellon, The Power Plant Art Gallery/Canadian Stage, Serpentine Gallery London, Museo Jumex Mexico City, Chicago International Puppet Theater Festival, The Night of Philosophy at the Brooklyn Public Library, the Savannah College of Art and Design); DOOMOCRACY (Pedro Reyes for Creative Time); American Power by Mitch Epstein and Erik Friedlander (V&A London, The Wexner Center), The Service Road by Erin Courtney (Adhesive Theater Project); CHARLESES by Carl Holder (The Tank); Sam’s Tea Shack by Sam Soghor and Ben Gassman (The Tank). She has a BA in Theater from The University of Southern California and an MFA in Directing from Brooklyn College. www.thetanknyc.org

Moe Yousuf is a South Asian American theater artist and Associate Artistic Director of Target Margin Theater. Over the past decade he has shown / developed work as a lead artist / collaborator at Target Margin, The Foundry Theater, Abrons Arts Center, NYC Prelude Festivals, The Bushwick Starr, The Tank, LaGuardia Performing Arts Center’s Rough Draft Festival, and more. He is on the Board of the Alliance of Resident Theaters of New York (ART/NY), and has sat on advisory panels for the New York City Department of Cultural Affairs, WP Theater and HERE Arts Center. He is a co-curator of the performance series, Little Theatre, along side Jeff Jones, Katie Rose McLaughlin, and Shannon Sindelar. Moe’s latest work, Present Shame and Further Woe, was scheduled to premiere at Target Margin in April / May 2020 (pre-pandemic). He plays the bagpipes and is available for weddings.

(cover photo from: π= 3.14.. NOTHINg, or EVERYTHINg (World Premiere) by Yoshiko Chuma in June 2015, part of the La MaMa Moves Dance Festival)