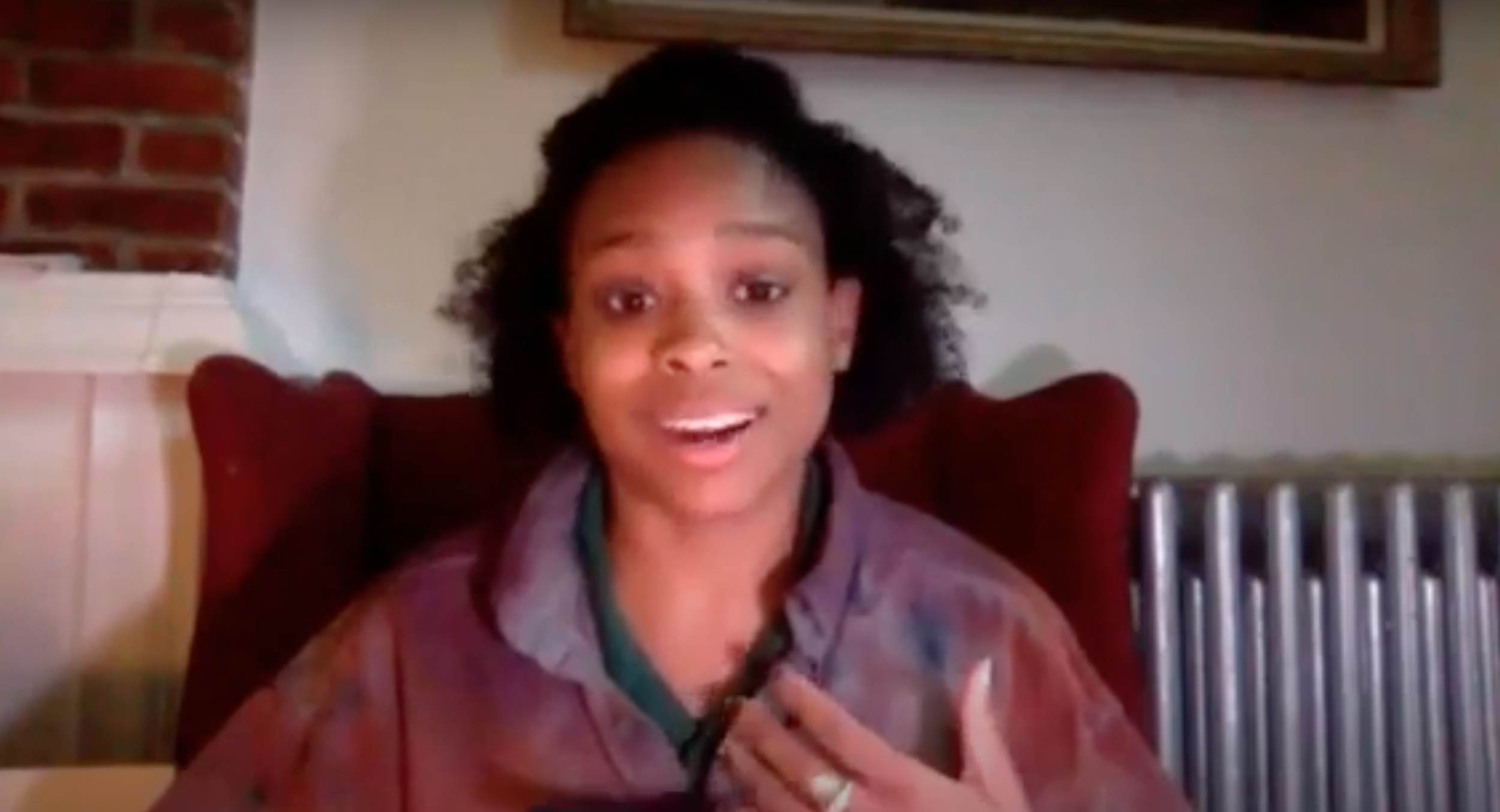 This discussion highlights how artists in New York City can get involved in their communities and help other New Yorkers during the COVID-19 pandemic with information from leaders in Bed-Stuy Strong, Crown Heights Mutual Aid and more.

HOW TO GET INVOLVED
IN THESE ORGANIZATIONS & RECEIVE ASSISTANCE:

Find out more about Bed-Stuy Strong at www.bedstuystrong.com!

Sarah Thankam Mathews grew up between Oman, India, and Canada, immigrating to the United States at seventeen. She has worked in advocacy and organizing in various capacities, most recently founding the mutual aid network Bed-Stuy Strong. She was recently a Rona Jaffe Fellow in fiction at the Iowa Writer’s Workshop and is a current Margins Fellow at The Asian American Writers Workshop. She has been published in The Kenyon Review, AGNI, Platypus Press, and Buzzfeed Reader, and has work forthcoming in Best American Short Stories 2020, edited by Curtis Sittenfeld and Heidi Pitlor. A novel is at work on her.

Nadia Pinder is a comedian, teaching artist,  small business owner and Brooklyn resident since 2013. Her previous work in housing, specifically in tenant advocacy with Met Council on Housing introduced her to the world of tenant associations and collective action. She is coordinating a rent strike in her building and her rent strike resource doc has been well circulated online and used in many buildings as a template for organizing efforts in response to covid-19.

Derek Smith is a writer, producer and performer in New York City @gayhorsederek

Adela Wagner, is a multidisciplinary artist, visual activist, and educator, born in Prague, Czech Republic. Her work centers the problematics of gun violence, refugeeism, gender and socio-economic injustice. She challenges the viewer’s ingrained beliefs with an invitation to an immersive experience that familiarizes them with the issue through a dialogue, and aims to inspire to take action on an individual level.

Adela’s practice lies at the intersection of various art forms, ranging from music to photography and film, through immersive installation and interactive art. She calls attention to the issues where we collectively became desensitized, to the point of completely forgetting about those who cannot advocate for themselves. In her latest piece, Gravity of Equilibrium, she informs about mass shootings in the US through the use of data visualizations, in parallel with stone sculptures that bring up thematics of fragility and impermanence in the socio-political context of the country.

Adela’s work was selected for “Pixels of Identities” in Argentina, displayed in various NYC galleries including BRIC and A.I.R. Gallery, venues around Europe and solo exhibited in the Czech Center Gallery. Additionally, she has been awarded “NYFA Immigrant Artist Mentoring Program: Social Practice” and “Arts, Letters and Numbers” fellowships, as well as the Civic Ignition Grant with Burners Without Borders. Since March 15th 2020 she has been acting as an organizer at a grassroots initiative, Crown Heights Mutual Aid, in Brooklyn New York.

Ryan Leach (he/him) is a New York based actor, writer and comedian originally from Virginia. Film credits include We Demand (Berlinale 2016, BAM), Little Men (Sundance) and The Ducks Migration (OUTFest, Queer Lisboa). Television credits include Comedy Central’s The Other Two and At Home With Amy Sedaris on TruTV. He has performed at La MaMa, HERE Arts Center, Ars Nova, Dixon Place and the New York International Fringe Festival. His comedy can be seen at Broadway Comedy Club, MTV News, StandUp NY, Littlefield, Union Hall, The Bell House, Upright Citizens Brigade, Caveat and more. He is proud to be a co-founder of Awf Magazine — the first online LGBTQ+ satire publication