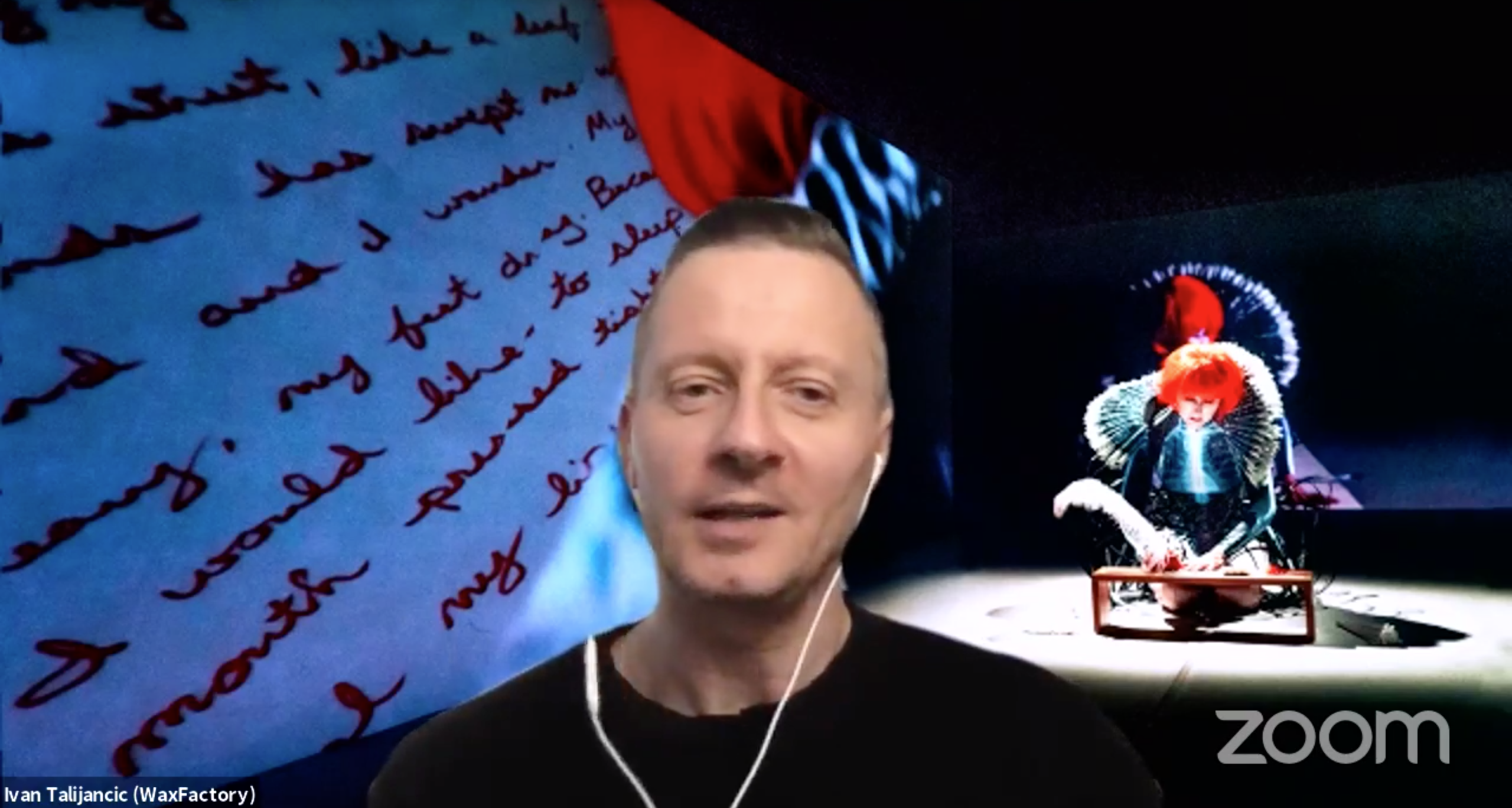 The conversation will be about 'Our Desire to Assemble' which will discuss how artists are making performance during the global pandemic, the importance of gathering in a space to witness theater, the benefits/limitations of live streaming performances and more!

Noel Allain is the Founding Artistic Director of The Bushwick Starr Theater.  As an actor, he has performed in various theater, television, and film productions in and out of New York City.  At the Starr, he has programmed artists and companies such as Heather Chrsitian Dave Malloy, Half Straddle, The Debate Society, Daniel Fish, Julia May Jonas, Clare Barron, Ayesha Jordan, The Mad Ones, Phillip Howze, Kate Benson, Erin Markey, David Greenspan, Kristine Haruna Lee and Diana Oh.  He has developed the Starr’s writing workshop Creating Performance in collaboration with El Puente Leadership Acadamy and the after school program, Big Green Theater, with Superhero Clubhouse. He has served as a grant panelist for HERE’s HARP Residency, NYSCA, and LMCC and has appeared as a guest speaker at Colombia, NYU, Bard, Skidmore, and for the Prelude Festival. . He is a graduate of Skidmore College and the Juilliard School’s Drama Division. Photo by Kent Meister

As Founding Artistic Director of CultureHub, Billy Clark has overseen the development of CultureHub’s artistic, education, and community programs since its inception in 2009. With the CultureHub team, he has curated the annual Media Arts Festival, Refest, which showcases artists working at the intersection of art and technology. He directed Paul D. Miller aka DJ Spooky’s piece Seoul Counterpoint, which premiered at La MaMa’s Ellen Stewart Theatre. Seoul Counterpoint was subsequently presented in conjunction with Asia Society’s exhibition, Nam June Paik: Becoming Robot. A graduate of the Experimental Theatre Wing at NYU, Billy has performed and directed in the downtown scene for over 20 years. He is currently a professor at the Seoul Institute of the Arts, has taught at CUNY Hunter College, and has been a guest lecturer at Sarah Lawrence College, Gallatin, and NYU’s Interactive Telecommunications Program. He was chosen as one of the 100 Top Creatives by Origin Magazine in 2015.

Ryan Leach (he/him) is a New York based actor, writer and comedian originally from Virginia. Film credits include We Demand (Berlinale 2016, BAM), Little Men (Sundance) and The Ducks Migration (OUTFest, Queer Lisboa). Television credits include Comedy Central’s The Other Two and At Home With Amy Sedaris on TruTV. He has performed at La MaMa, HERE Arts Center, Ars Nova, Dixon Place and the New York International Fringe Festival. His comedy can be seen at Broadway Comedy Club, MTV News, StandUp NY, Littlefield, Union Hall, The Bell House, Upright Citizens Brigade, Caveat and more. He is proud to be a co-founder of Awf Magazine — the first online LGBTQ+ satire publication.

Abby Marcus is the Managing Director for the Orchard Project. In addition, she is on faculty at California Institute for the Arts and has spent the past 17 years as the Lead Producer for the OBIE Award winning “geek theatre” company, Vampire Cowboys. Abby has also worked with St. Ann’s Warehouse, Playwrights’ Center in Minneapolis, Dramatists’ Guild of America, HERE Arts Center, LAByrinth Theater Company, and Baryshnikov Arts Center. With Vampire Cowboys, Abby produced The Inexplicable Redemption of Agent G; Alice in Slasherland; Soul Samurai (GLAAD Media Award nominee); Fight Girl Battle World; and many more. In Vampire Cowboys’ Battle Ranch studio, Abby created and produced The Saturday Night Saloon series, a monthly theater party that featured six new one act plays shown in monthly serialized episodes. She served as Chair for the Honorary Awards Committee for the NY Innovative Theater Awards and was a founding Board Member for the League of Independent Theatre, New York.

Nicky Paraiso  is an actor, singer, musician, writer, curator, solo performance artist. He has been a fixture of the NY downtown performance scene for the last four decades. He is Director of Programming for The Club at La MaMa, and Curator for the annual La MaMa Moves! Dance Festival, celebrating its fifteenth year in May 2020. He has worked as a performer with vanguard artists Jeff Weiss & Richard C. Martinez, Meredith Monk & Vocal Ensemble, Yoshiko Chuma & The School of Hard Knocks, among many others. Nicky is the recipient of a 1987 Bessie Award for Performance, a 2012 BAX Arts & Artists in Progress Arts Management Award, a 2018 TCG Fox Fellowship for Resident Actors/Round 12, and the 2019 (NY Innovative Theatre) Ellen Stewart Award for Stewardship. Nicky’s most recent full-length performance, now my hand is ready for my heart: intimate histories, directed by John Jesurun, was presented at La MaMa in March 2019. Photo: Jackie Rudin

Ivan Talijancic is a time-based artist and cultural producer who works at the intersection of theater, dance, film, installation art, new media, journalism, curatorial work and education in New York and around the globe. As a co-founder of WaxFactory, a New York based international multidisciplinary art group, he has created 20+ works to date, presented at numerous venues on four continents. His works have been shown throughout NYC (Lincoln Center, PS122, Abrons Art Center, etc.) and at preeminent international venues and festivals such as the ICA/Institute for Contemporary Art (London, UK,) Sónar (Barcelona, Spain,) Centre Pompidou (Paris, France,) Gulbenkian Museum (Lisbon, Portugal,) Zürcher Theaterspektakel (Zurich, Switzerland,) Cankarjev Dom (Ljubljana, Slovenia.,) etc. In addition to his creative work, Ivan lectures extensively in the US and abroad: NYU, Barnard College/Columbia University, Princeton University, Filmakademie Baden-Württemberg (Germany,) among others; and recently became the artistic director of Contemporary Performance Practices, an international summer training program. Ivan is currently a committee member for The Bessie Awards and a recipient of a 2020 Performance Award from the Café Royal Cultural Foundation. Photo: Maria Baranova.