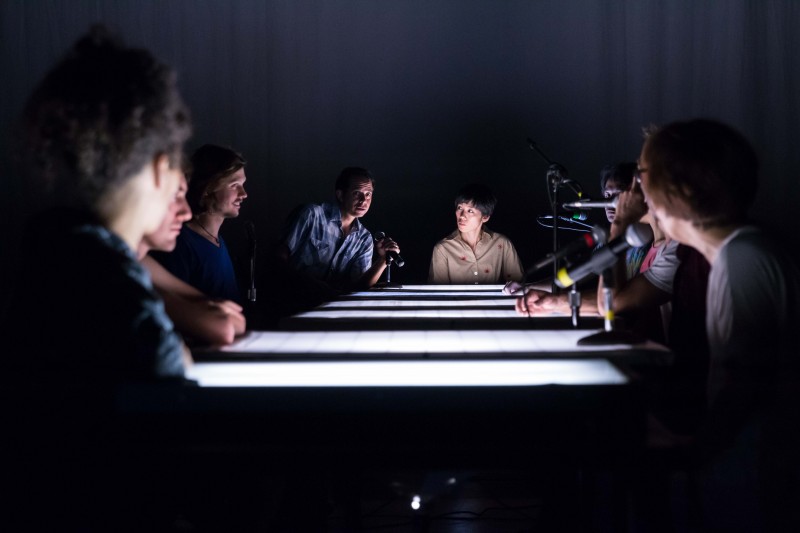 Join us for the first LiveTalks of the 59th Season and meet with three resident artists. La MaMa’s 59th Season, “Breaking It Open,” will explore how new works are created, performed, and experienced during a pandemic. The season revolves around development residencies that are customized to the specific needs and processes of each artist. Each residency is customized to suit the artist, their unique vision, and where they are at in their creative work.

Tom Lee is a puppet artist, designer and director from Hawai’i. His work explores Asian puppetry forms, miniatures and performing objects in dialogue with the language of film and animation. His collaboration with Japanese master puppeteer Koryu Nishikawa V, Shank’s Mare, has toured the U.S., Japan and France.  Mr. Lee was a puppeteer in the original Broadway cast of War Horse and has performed with the Metropolitan Opera (Madama Butterfly), Lyric Opera of Chicago (Queen of Spades), Dan Hurlin (Hiroshima Maiden, Disfarner, Demolishing Everything with Amazing Speed). He designed puppetry for the adaptation of Haruki Murakami’s Wind Up Bird Chronicle and is co-director of the Chicago Puppet Studio (2019 Jeff Award for puppetry design).

Founded in New York in 1980 with Deb Margolin, Split Britches continues with the duo and solo work of foundational lesbian performance artists Lois Weaver and Peggy Shaw. Today our work is internationally recognized and has been the recipient of several prestigious grants and awards, including Doris Duke, US Artists, Guggenheim, and the Wellcome Trust. We create new forms by exploiting old conventions. Our work borrows from classical texts and popular myths, but its true sources are the details of everyday life. The work is personal, bordering on the private. It relies on moments rather than plot, relationships rather than story. As we’ve aged, our work has focused on tapping into the unexplored potential in elders, LGBTQ+ people, and people with disabilities.

Timothy White Eagle is a mixed race artist. His art practice rises from a decades long exploration of traditional ritual and embodiment practice.  He crafts experiences and objects designed to heal both creator and audience.  His preferred mediums include objects, photography, performance and installed space. His work has been presented on three continents. He was the recipient of the WAA/AIP Launch Pad award in 2019 as well as a Seattle City Artist award in 2020.  He received a BFA in Theater from U of Utah. Timothy tours as an artistic director and performer with MacArthur Genius, Taylor Mac on his Pulitzer Prize finalist “A 24 Decade History…”.