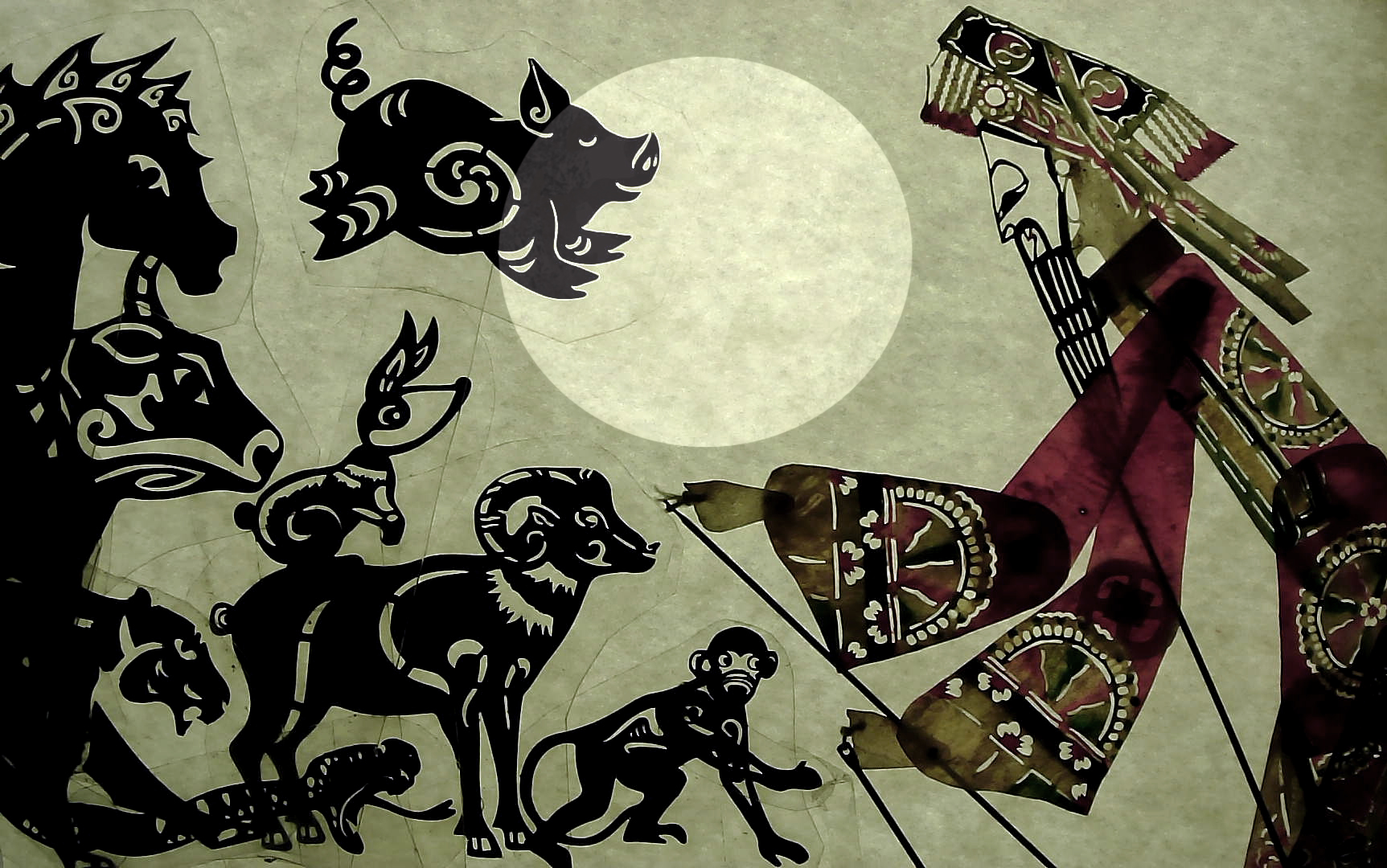 Saturday at 2pm
Sunday at 12pm

Growing up in Hawai'i, Tom Lee's memories of Lunar New Year included narcissus blooms, tasty dim sum dishes and bowing to your elders before running off to your room to open your lucky red envelope with money in it! This charming shadow puppet show retells the classic Lunar New Year zodiac tale with animals inspired by Asian languages and pictograms.

Tom Lee is a director, designer, and puppet artist based in Chicago and New York. He appeared on Broadway in War Horse, at the Metropolitan Opera in Madama Butterfly, and most recently in The Queen of Spades at Lyric Opera Chicago. His own work includes Shank's Mare (recently on tour in Paris), Tomte (Gnome) presented by La MaMa Kids last fall, and place(no)place at the Pesta Boneka Festival in Indonesia. Tom is co-director of Chicago Puppet Studio and teaches nationally and internationally. He began his career at La MaMa Experimental Theatre.