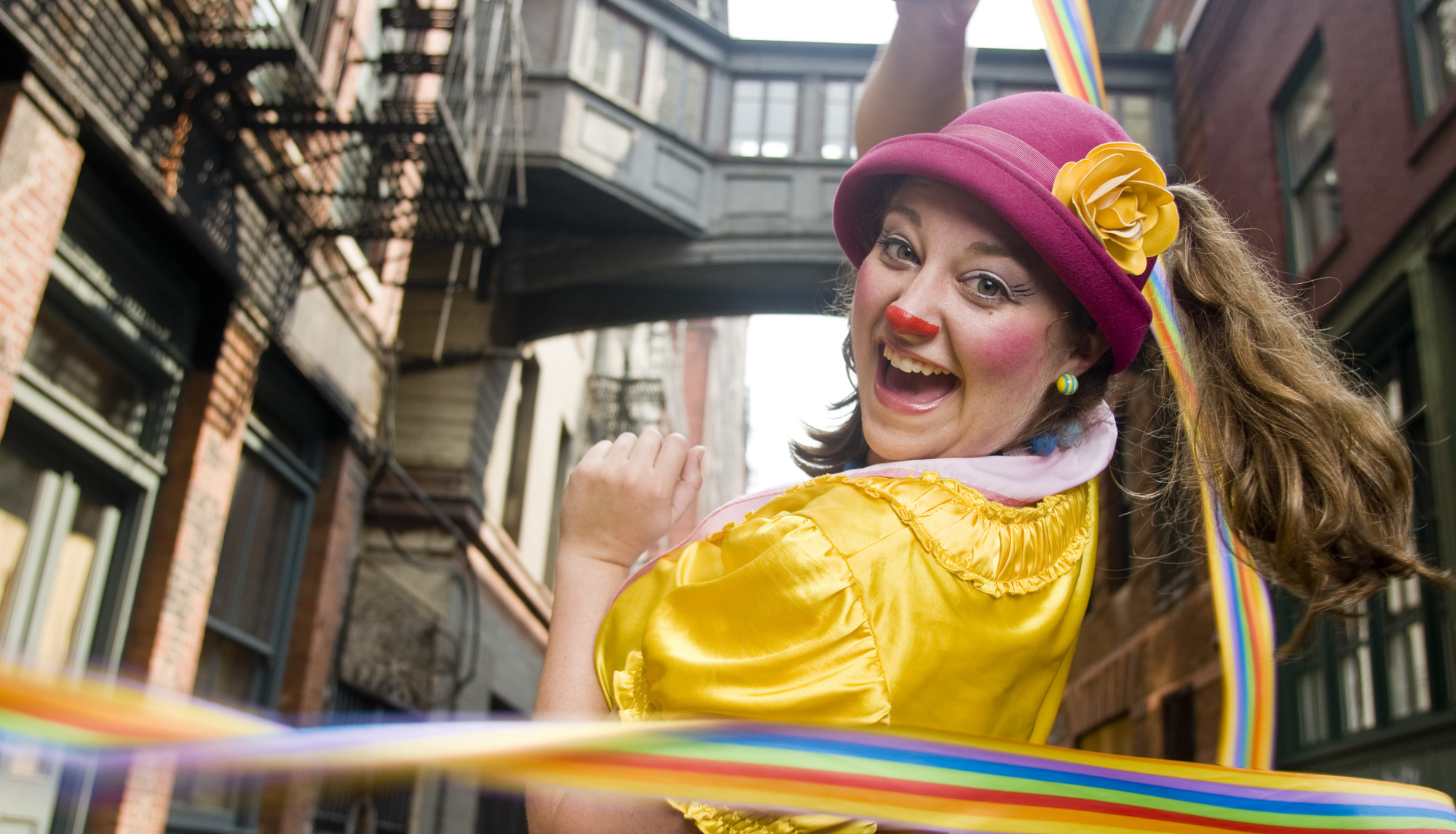 Do you wanna Dance with Somebunny? Meet Funny Bunny! She loves to dance, play and have a very silly day! Join-in the fun as she hops and skips through her favorite letters in the alphabet with lots of laughs, puppets, music, and more!

"Timed for after school viewing!"

Special thanks to The Jim Henson Foundation for supporting our online puppetry programming.

Good Hearted Entertainment creates performances that combine puppetry, clowning, and magic to educate and delight young audiences and the young at heart. Funny Bunny bounced to furry fame as Funny Honey Goodenough's magic rabbit. To see more of Funny Bunny, follow Goodhearted Entertainment on Facebook for weekly "Funday Friday live-streams." We have also launched Zoom Birthday Parties and performances of our full puppet shows, in partnership with Puppet Showplace Theater. Our shows include, "Word Play" which was inspired by founder Honey Goodenough's experience learning to manage her own dyslexia and literacy challenges. The show was developed in 2016 as part of Puppet Showplace Theater's "Incubator" program for new works. "Word Play" combines puppetry with many other art forms to bring words to life in new and exciting ways. The solo show, “Sock Monkey Circus," toured in China in fall 2017 as part of the International Clown comedy tour, and features magic Monkeys and more. We are very proud to share that they recieved a Jim Henson Foundation Family Grant to Produce "Stewie's Magic Hat," scheduled to debut Jan 2021. We pride ourselves on being seriously silly! Goodheartedshows.com

Honey Goodenough (Clown/Puppeteer) is a puppeteer, educator, and children’s party entertainer since 2002. In 2017, she became Puppet Showplace Theater's resident teaching artist after years of experience working with diverse student populations in greater Boston, New York City, Vermont, and Texas. She has taught a wide variety of professional development courses for educators and aspiring puppeteers at Brooklyn College, the University of Utah, City College CUNY, and her Alma Mater, The University of Texas. Honey is also a trained marionette performer and has toured nationally with The National Marionette Theatre, Frisch Marionettes, and she has produced and performed in Puppet Slams across the country. She holds an MA in Educational Theater from New York University, and a BA in Theater Crafts and Technology from the University of Texas, Austin.