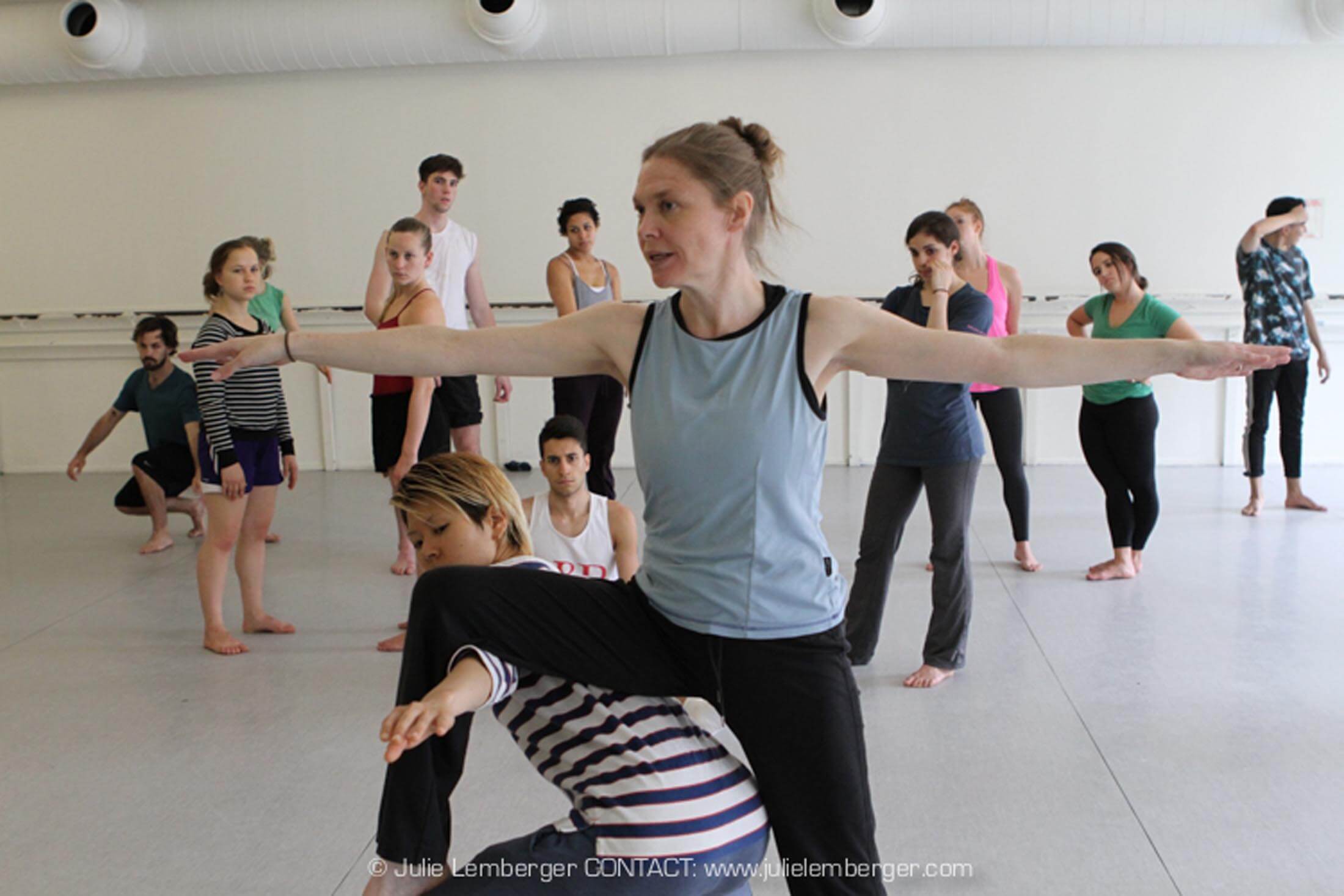 with Tiffany Mills and Emily Pope

Tiffany Mills Company offers a fun, creative movement class to kids (age 5 and up), drawing inspiration from their “Home Project,” which is being presented as part of the La MaMa Moves! Dance Festival. Choreographer Tiffany Mills and dancer/rehearsal assistant Emily Pope will lead kids through a movement adventure, using rooms and household objects asinspiration. A favorite purple stuffy in the bedroom, a soft rug in the livingroom, a potted plant in the sunlit kitchen will help spark movement exploration. Class will culminate with kids magically transporting them selves to a dreamed of place — moving though sparkling sand at the beach or on a snowpeaked mountain. Join us. Imaginations will soar!

Emily Pope is a dancer, performer, instructor, choreographer, andvideo artist. She was recently awarded a Bessie Honoree for Outstanding Performer2020. She is an alumnus of the North Carolina School of the Arts (1991). She receivedher BFA in Dance Performance/Choreography from The Ohio State University (1997,Summa Cum Laude) and her MFA in Dance/Choreography from the NYU Tisch School ofthe Arts (2007). She has worked with choreographers: Malcolm Low, Johannes Wieland,Gerald Casel, Bridget Moore, Yin Yue, Molly Maxner, Balinda Craig-Quijada,Hannah Barnard, and Jules Bakshi. She has performed as a member of BalletMetOhio, Charleston Ballet Theatre, Hilary Easton + Company, and White Wave YoungSoon Kim Dance Company. She currently works with Yoshiko Chuma & The Schoolof Hard Knocks, Douglas Dunn + Dancers, Tamar Rogoff Performance Projects, and TiffanyMills Company. She created Hover Bound Productions in 2006, and herchoreography and video work has been produced in NYC/Brooklyn at The DUMBODance Festival, Wave Rising Series, Cool NY Festival, St. Mark’s Church, Chen DanceCenter, Chez Bushwick, 3rd Ward, and The TANK. She became a member of TMC in 2010and is proud to be the rehearsal assistant for the Tiffany Mills Company!