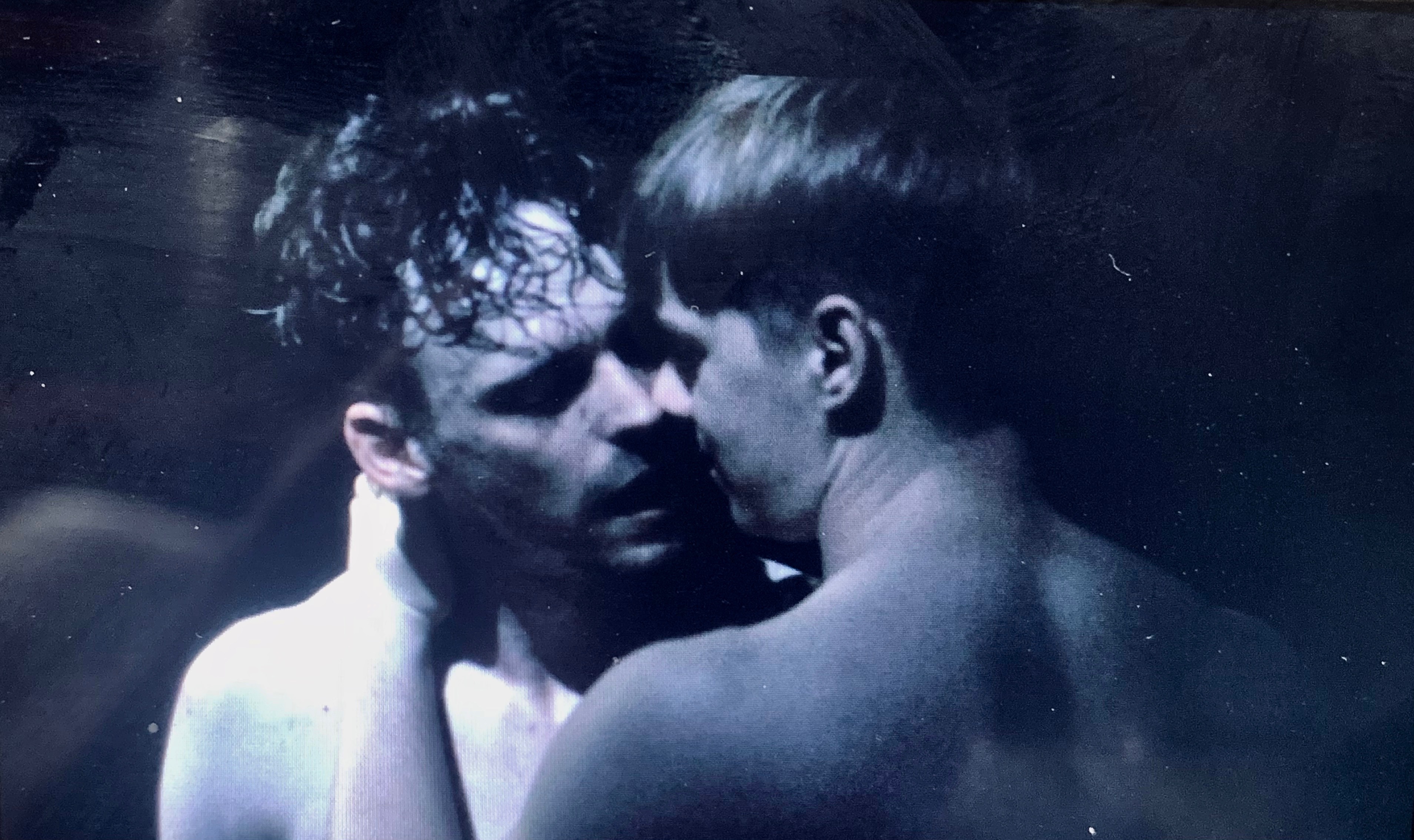 Written by Benoit Solès
Directed by Ivica Buljan
Inspired by: Hugh Whitemore's play Breaking the Code
Based on: Alan Turing: The Enigma by Andrew Hudges

Records of Alan Mathison Turing, of his mathematical-ingenious brain, and of the historical facts that are formed around him are surprising, interesting, and full of theoretical speculation about the impact that research into athletically built genius has had and still has on the development of artificial intelligence. We can read about his research work, which was crucial to solving the Enigma (a German electric message encryption device used during World War II), about his scientific work at the University of Manchester, about his more than just friend Christopher Morcom, who died prematurely as a result of raw milk poisoning and about his tragic fate.

He was forced to choose between ways to deprive him of his precious freedom in the midst of then-hostile society. He was succumbed to chemical castration, which led him to physical and mental modifications, to the impossibility of physical and mental speed, versatility, humor, dedication, and daring focus. But we can understand his story or read it differently, through the eyes of an amazing man who, with his eternally young and playful mind, selflessly skipped the time in which he was born. He saw the human brain not only as a scientist but as a man aware of the breadth of the human spirit and mind. In the perception of the world, he was faster and so unusual to the eyes of every individual in the society of the time that he tailored the world he shared by the personification of his machine in his own way as the only tolerable reality. There, everything was his and otherwise allowed because it was meaningful and understandable only to him. Whoever entered it had to play by its rules, recognize and accept it, even if not fully understand it. Those who failed, however, eventually executed Turing.

"It's a story about a man running." wrote author Benoit Solès. The first performance in Slovene gives space to a man who ran a marathon with his machine and indispensable friendly minds, a scientist who outlined the foundations of modern computer science and at the same time unknowingly placed a mirror in a society that hopefully will not repeat its impatient and hostile mistakes.

This performance contains nudity; it is appropriate for ages 18+ only.

Mini Theater (1999), founded by Robert Waltl and Ivica Buljan, set up its house in the landscape of Slovenian art at a time when the aesthetics of the eighties, after the zenith of the nineties, began to live in a new generation of directors. Baroque-visual theater, retro-avant-garde, post-political theater and formalist research on the one hand, and Mini teater as a new, extreme border place, set in the tradition of European art theater, by authors such as Peter Brook, Ariana Mnouschkina, Giorgio Strehler, Patrice Chereau, Anatoly Vasilyev, and the American avant-garde from the Living Theater to Ellen Stewart and her La MaMa.

IVICA BULJAN, acclaimed Croatian director, combines movement, writing, spectacle and music to reinterpret old classics and create dynamic contemporary theatre. He has worked in institutions large and small, both in Croatia and abroad. At the beginning of his career, he was director of the Croatian National Theatre in Split (1998-2002) and in 1999, he co-founded Ljubljana’s Mini-theatre. Buljan is known for choosing collaborators from the non-theatre world to push the boundaries of modern theatre, and he compares his theatre to “a mixture of Patti Smith, Roberto Bolaño, and GW Sebald.”

As a guest lecturer, he has taught at theatre academies in Rennes and Saint-Etienne, France. He is a several time winner of the Borštnik Award for the best plays in Slovenia. He received the City of Havana Award. In 2012, Buljan was awarded the highest accolade of the Republic of Slovenia in the field of art, the Prešern Foundation Award for performing arts. He is the holder of the Republic of France's Order of Arts and Letters. Since 2014. he is Programme Director at Croatian National Theatre in Zagreb.