La MaMa Galleria is pleased to present Star Maps, an exhibition of new paintings by New York-based artist Brad Greenwood. This is the artist’s second solo show at La MaMa Galleria. Brad Greenwood’s Star Maps envisions a post-apocalyptic astrological map, in which a future civilization re-casts the night sky from the remnants of our lost art history.

Greenwood’s work has long explored the impact of memories, masterworks, and popular culture on our visual vocabulary. With Star Maps, the artist re-imagines, or re-casts, the constellations to create a contemporary interpretation of the night sky – a more modern Milky Way.

In these large-scale paintings on panel, storm clouds of paint gather as figures emerge and recede in the night sky. Pinocchio looks to Lichtenstein’s Girl with Beach Ball, while the Land o’ Lakes maiden connects with Botticelli’s Birth of Venus. Hockney’s swimmer rises from the path of comets, while Vermeer’s “pearl earring” becomes a new North Star. Greenwood weaves old masters and new age art stars together with the thread of Hollywood star obsession to create a brand new “Map to the Stars.”

Star Maps was first inspired by the story of the 1994 Northridge earthquake. A blackout caused by the quake made the night sky fully visible over Los Angeles, and hundreds of panicked 911 calls reporting strange activity in the sky were made by residents who had never seen the constellations.

Greenwood says, “This story stayed with me for years. Then, when I began working from a studio in the mountains of upstate New York, I had a similar experience…of seeing those same stars, brilliant and unobstructed, for the first time. Star Maps is my attempt to imagine how those ancient constellations would be interpreted if seen for the first time by our modern culture…to translate that ancient sky map from a new point of view.”

In these images of high art and low, old masters and new art stars emerge and recede as if floating in the sky.  Pinocchio looks to Lichtenstein’s Girl with Beach Ball, as The Land o’ Lakes maiden connects with Botticelli’s Birth of Venus. Hockney’s male swimmer rises from the path of comets, while Vermeer’s “pearl earring” becomes a new North Star.

In Star Maps, Brad Greenwood creates a future celestial map woven together with the thread of Hollywood star obsession – a tribute to our civilization’s breathtaking creativity, as well as our unmitigated naiveté. 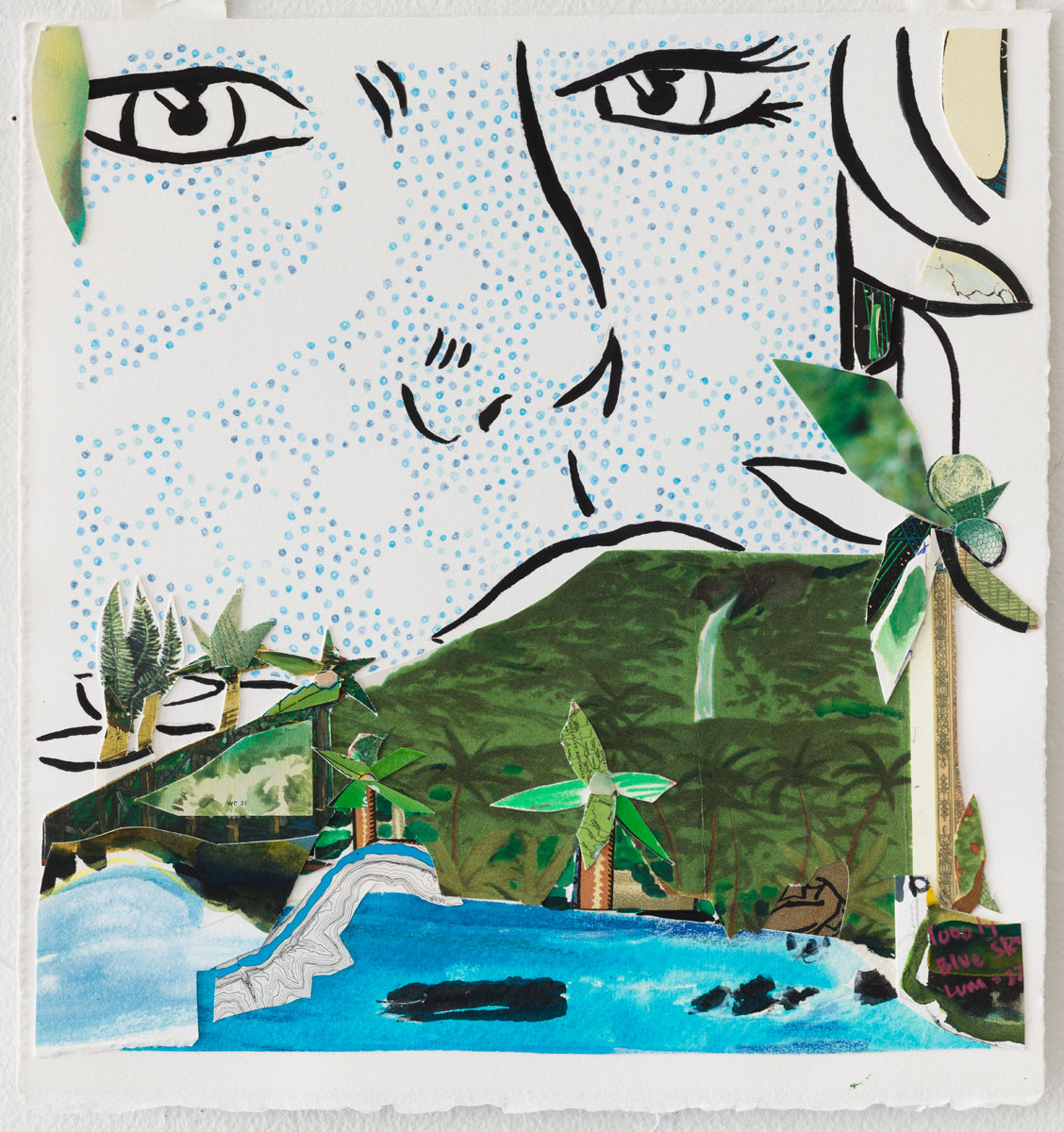 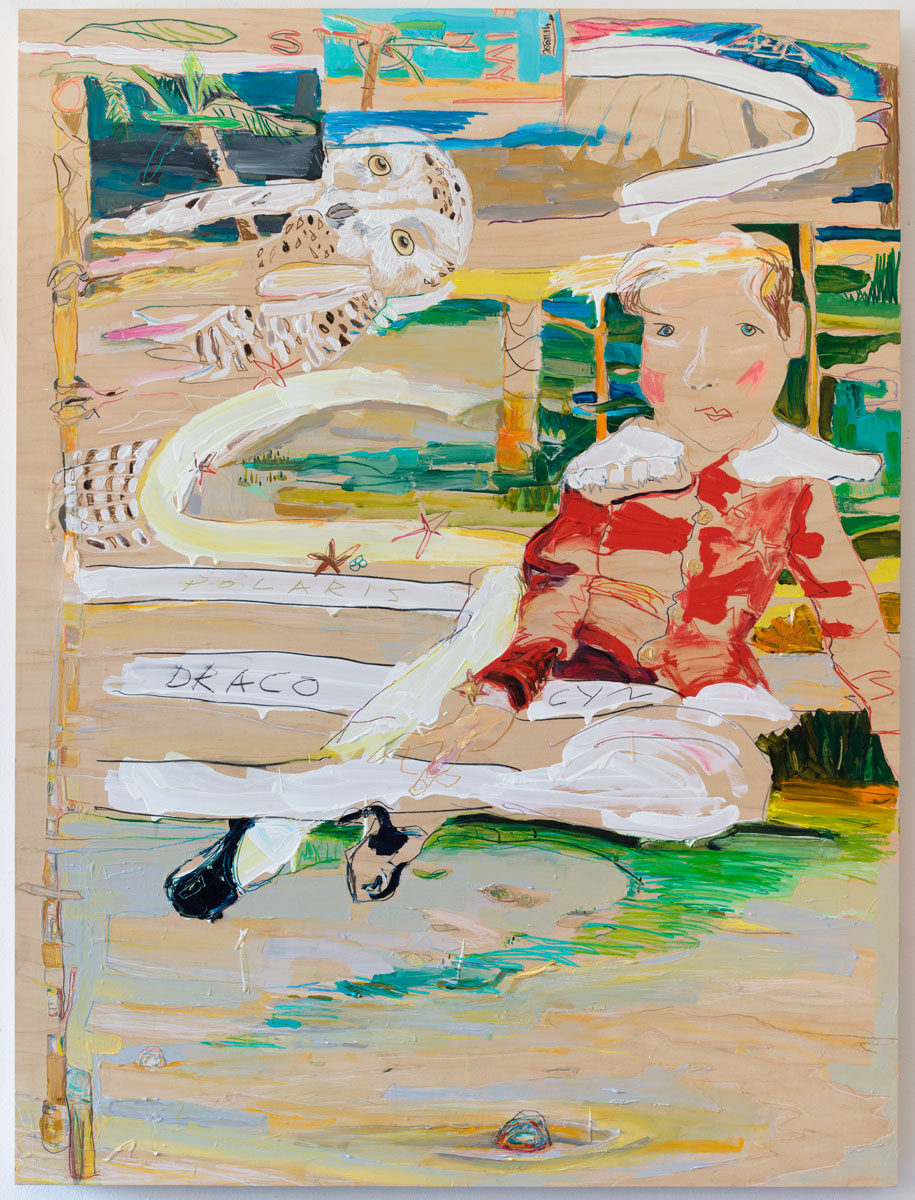 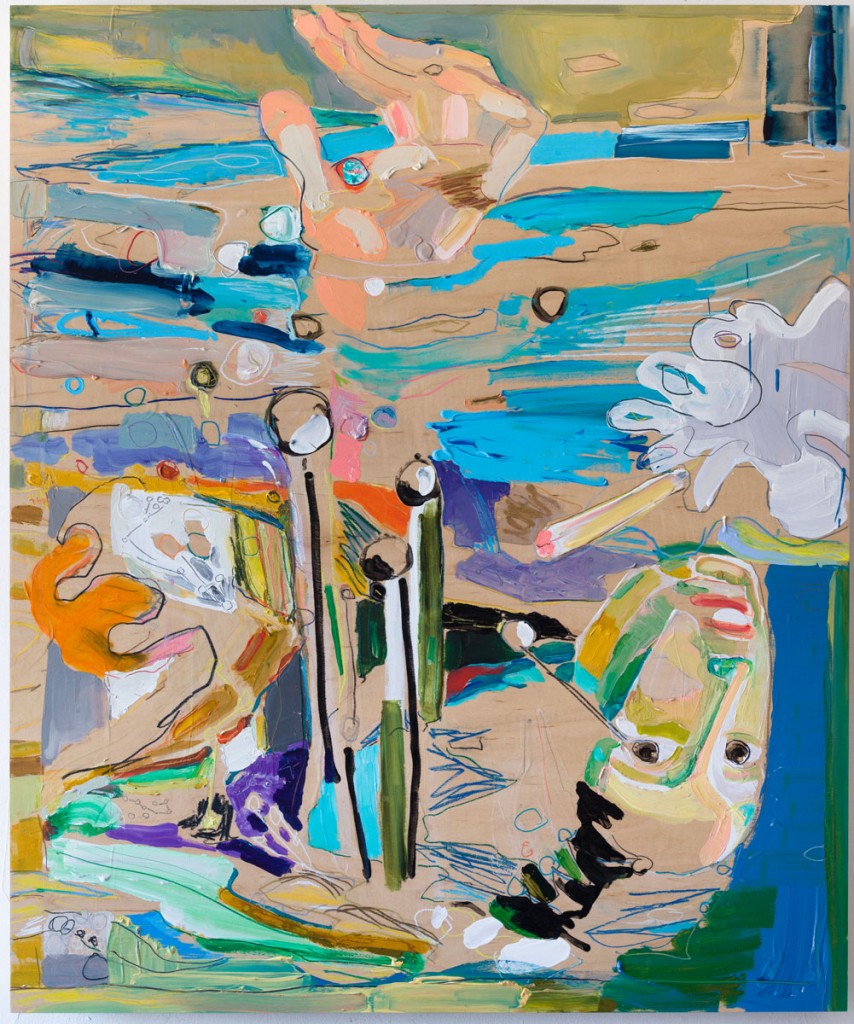 Brad Greenwood is a New York-based artist. After receiving his BA from Ursinus College in 1989, he returned to school in 1996 to study painting at the Pennsylvania Academy of Fine Arts in Philadelphia. From there, he went on to become MOMA’s Development Manager, the Director of Development at P.S.1 Contemporary Art Center and a Curator for HERE Arts Center, all in New York. Greenwood has shown in numerous group exhibitions in New York and Philadelphia. His New York City solo exhibitions include Eat the Wolf in November 2012 at La MaMa Galleria and Unauthorized Biographies at Mixed Greens Gallery in November 2013. Melissa Unger of Seymour Magazine interviewed him about his practice, and a publication of his work was released in conjunction with the Eat the Wolf exhibition. Greenwood is also featured in Martyn Thompson’s book, Working Space: An Insight into the Creative Heart.

Cecilia Corrigan has performed at a variety of institutions in New York, Los Angeles, and London. Her debut book, Titanic (Northwestern University Press, 2014), was awarded the Madeleine P. Plonsker Prize for a first book, and appeared on two of Flavorwire’s “Books of the Year” lists for 2014, for academic press and poetry titles. She has previously worked on HBO’s Luck, for show-runner David Milch, and recently completed her first feature screenplay. In addition to writing for television, film, and theater, she has published fiction in n+1 & elsewhere, and performs stand up comedy. Corrigan has been interviewed about her work for both BOMB Magazine and Interview, and her performances have been covered by Art in America and The Observer.

In conjunction with the exhibition Brad Greenwood: Star Maps, La MaMa Galleria is pleased to announce a new one-off performance by artist Cecilia Corrigan. The event is a continuation of Corrigan’s recent genre-shifting performances: a unique blend of comedy, monologue, poetry, and, within the gallery context, a pseudo-tour of the exhibition that addresses and draws inspiration from Greenwood’s cosmically referential paintings. Corrigan’s performance is made possible with the support of NYPAC.